Facing yet another slow writing & photo day I’ve decided to do something a bit different with tonight’s post.  A reader (Elizabeth B.) emailed me an article she read in the Wall Street Journal a few days ago thinking I might possibly be interested in it.  I was.  Below is the story of a man who has been writing a daily journal or blog if you will since 1964.  Reading this article I could completely identify with this man as to his ways & reasons for writing each & every day.  Pretty much everything he talks about rings a bell for me such as this line, (“I have a lot of regrets as to what I did with my life.”) 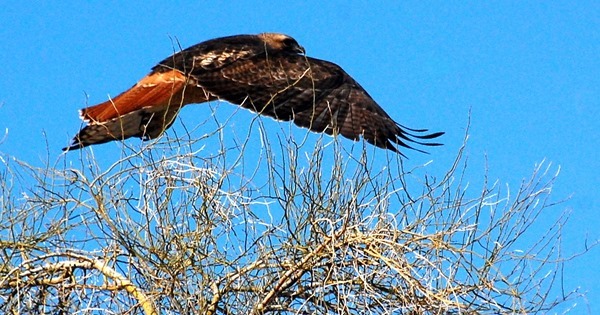 I actually began keeping a journal back in about 1961 or 62 but unlike this fellow I did not keep mine up through the years although from time to time I would again re-start it & keep it going for a few months here & there.  My last effort before becoming an on-line Blogger in 2006 was way back in 1992.  I still have all the old journals I wrote over half a century ago & maybe this summer I’ll haul them out, dust them off & see if I can find something interesting enough to include a few excerpts in my daily posts from time to time.  Should be worth a chuckle or two if nothing else.  So anyway here is this fellow’s story which I am passing along in hopes it may be of special interest for like minded Bloggers such as myself………………………… 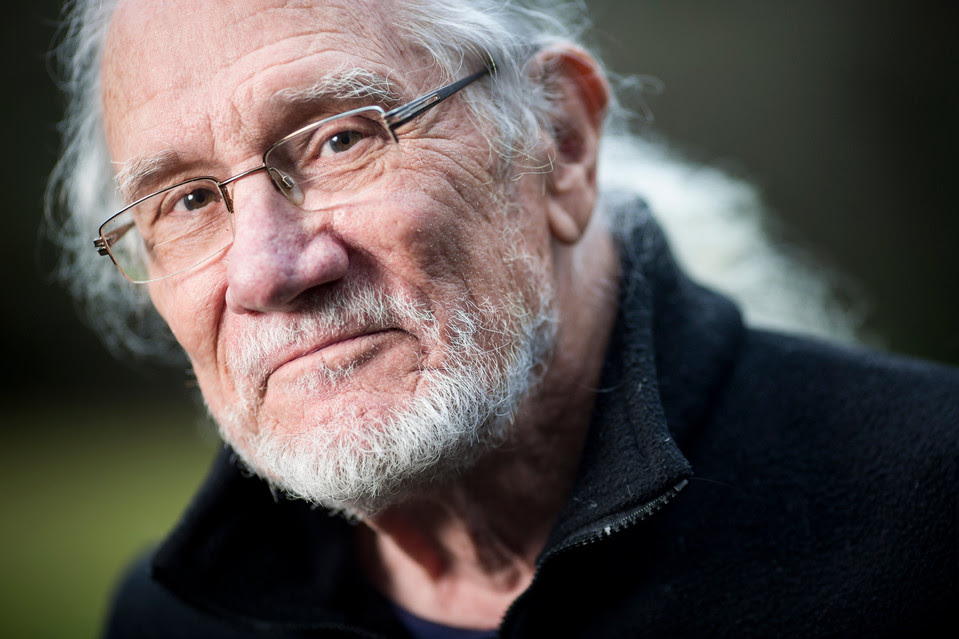 This article written by Clare Ansberry of the Wall Street Journal Jan. 26, 2016.

Charley Kempthorne wakes each morning before sunrise, pours a cup of black coffee, opens his computer and writes in a private journal that he began in 1964. These days, he logs between 1,000 and 3,000 words a day. By his rough calculations, his journal is about 10 million words long.

Some passages are narrative scenes from his past and others reflections about why he started believing in God. He grumbles about former teachers, analyzes his shortcomings, and admires his wife, children and parents.

Every month, he prints the last 30 days of entries (single space, two-sided) and puts it all in a three-ring binder. His collective writings consume about 15 feet of shelf space in a storage unit in Manhattan, Kan., where he lived before moving last year. No one, including June, his wife of 41 years, has read it. 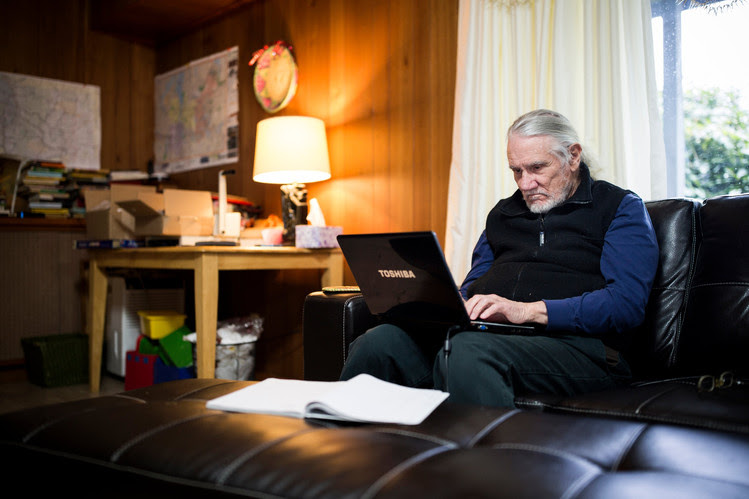 Charley Kempthorne rises early every morning to write in his private journal at his Olympia, Wash., home. Photo: CREDIT: Jordan Stead for The Wall Street Journal

Mr. Kempthorne, 78 years old, knows that many people now chronicle their lives and history on blogs and social media. He himself recently started posting portions of his journal on Facebook, a medium that has become a public journal for many. But even if such media offer frequent opportunities to record and reflect, akin to writing a journal, their public nature makes them very different, he believes. You tend to pick your words more carefully when writing for the world to see, worrying about being judged or hurting someone’s feelings.

“Most of my journal has been and continues to be an end in itself,” says Mr. Kempthorne, who quit a university teaching job in his 30s to run a farm and small house-painting business. “It helps me understand my life better. Or maybe it just makes me feel better and get started on the day in a better mood.”

Taking 15 or 20 minutes to write freely about emotions, secrets or upheaval can be a powerful tonic, says James Pennebaker, a psychology professor at the University of Texas and author of several books including “Writing to Heal.” 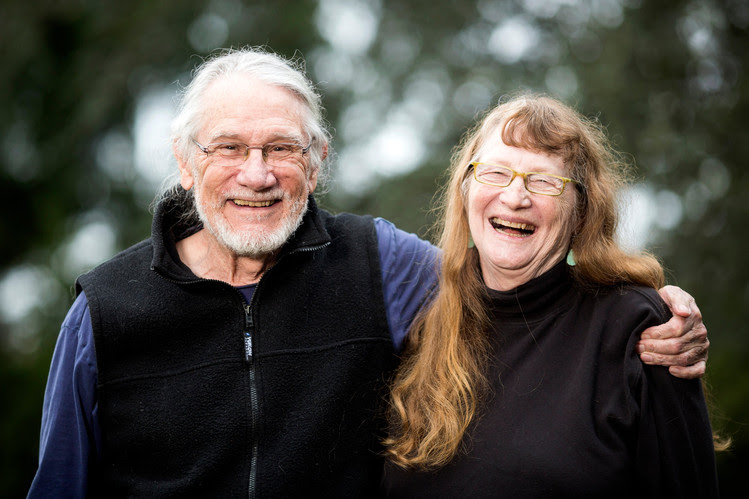 “When you translate an emotional experience into words, it organizes them in ways not organized before. It makes them simpler and easier to get past,” he says. There is some evidence that writing about emotional issues on social media can be beneficial for health in ways similar to writing privately, he says, but that research is new and not definitive.

Mr. Kempthorne started his journal on Feb. 24, 1964. At the time, he was 26 and divorced, with two children. Having postponed college to serve in the Navy, he was about to graduate from the University of Kansas with a B.A. in English. He had long dreamed of writing a great novel but felt inadequate. Keeping a journal, he felt, would qualify him as a writer, without the anxiety of having to show it to anyone else or finish. 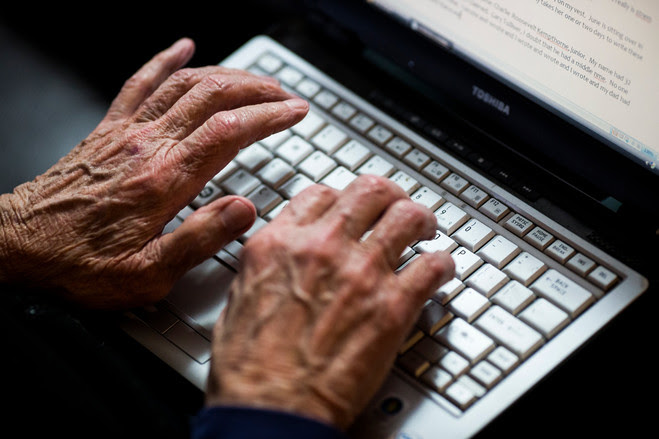 Mr. Kempthorne doesn’t bother revising or deliberating over his sentences, saying he wants to be authentic. Photo: JORDAN STEAD for The Wall Street Journal

He opened a notebook and wrote, “I have decided to be a writer. I will it, thus: I am a writer. Now—by definition if for no other reason, writers are distinguished chiefly by the fact that they write. I must write—two hours a day until I finish school.”

Looking back at it now, Mr. Kempthorne said the only good thing about that first entry, which he calls “pompous,” is that it launched a practice that has become both satisfying and sustaining. “If I don’t write each day, I feel something is missing,” he says. His wife, June, says he is “out of sorts” if he skips a session.

Often, he has no idea what he will write until he opens the folder labeled “My Journal” on his computer. One day he might write about going to the Goodwill store in Olympia. The next, he recalls fighting with a boy named Jimmy over whose dad was best and telling Jimmy his father probably didn’t eat anything but vegetables. He will sometimes consult a list of phrases kept in a computer file or notebook that refer to events in his past that he might want to write about, like “My fiancé and I move out to a cabin on Lone Star Lake.”

Once he starts writing, he begins to remember things, people, conversations that help tell a far richer story. It reminds him of his farm in Kansas, which was filled with rocks that needed to be cleared before he could plow. “I’d pick up one and find two. In a way, writing about my life is like that.” 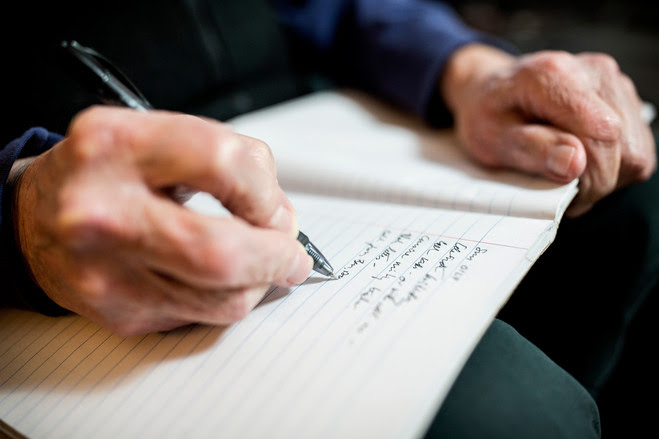 He prefers the computer to longhand because typing is fast. The faster he writes, the better he writes, says Mr. Kempthorne, who can type 100 words a minute. “I’m not an artist. I’m just trying to write it down,” he says. One year, he tried to write a million words—2,750 words a day—but gave up by the end of April. In 2013, an especially productive year, he wrote 586,415 words.

If he happens to be in a place he can’t use his computer, he jots in a little notebook, using a gel pen he keeps in his right pocket. “I’m a routine-lover,” he explains. If he is traveling early in the morning, he stops at a rest stop and writes at a park bench.

He doesn’t bother revising or deliberating over his sentences, saying he wants to be authentic. Before he dies, the 78-year-old wants to go through and delete what might be too boring, personal or hurtful, in case someone in his family ends up reading it. He is also compiling writings about his six children for them. But for now, since the journal is private, he can freely explore why he does what he does and acknowledge regrets.

“I have a lot of regrets as to what I did with my life,” he says. One of his biggest involves a decision made when he was 33, married to his second wife and expecting his fourth child. By then, he had a master’s degree from the University of Kansas and a Master of Fine Arts from the University of Iowa. The University of Wisconsin-Stevens Point offered him a tenured position in the English department, he says. Instead of accepting, he resigned to move to Kansas and live on a farm owned by his parents.

The university would have given him some unpaid leave, he says, to experiment with farming. “But, no, I just had to stick my finger in the Establishment’s eye and quit,” he says. “It was a self-centered and silly move. And I deeply, deeply regret it,” he wrote. Mr. Kempthorne has written about that decision many times. At first, he says, he was unable to admit to himself that it was a mistake. “But for at least the last half decade or so, I’ve seen it as being self-centered and even stupid,” he says.

His second marriage ended. He met and married June, and together they lived on his parents’ farm, started Kempthorne Painters & Paperhangers, which lasted 40 years, and began printing a newsletter, LifeStory, now online, to help other people write journals.

One of those people is Janice Dinkel, who lived next door to the Kempthornes in Kansas. She had a diary, with a little gold lock, as a young girl. Over the years, she wrote sporadically in a journal. Mr. Kempthorne encouraged her to write more regularly, which she does now. At the beginning of each year, she reads the prior year’s entries. Much lately has involved her parents, who are in their 80s and require a lot of attention, and her feelings that she hasn’t done enough for them. Going back and reading about helpful things she has done, but forgotten, has been comforting. “I felt exonerated in some way,” she says.

Mr. Kempthorne and his wife moved last year to Olympia, Wash., to live with their son and his family. While much of his early journal was introspective and filled with self-analysis, he now mostly writes short narrative scenes, which he finds easier and more enjoyable.

The good thing about writing over such a long period of time, he says, is that it has given him a chance to revisit events and people in his life, including his father. In his 20s, 30s, and early 40s, Mr. Kempthorne wrote that his father, a successful eye, ear, nose and throat doctor in a small town, was a cold man, spare with praise and obsessed with making money. His father died when Charley was 45.

As Charley got older, the act of writing daily allowed him to focus more intently on some memories and see what they meant. One in particular stood out.

In the 1970s, after Charley moved to the farm, his parents came over for dinner. His father followed Charley into the workshop and watched him build a bookcase. His father, who could perform delicate surgery on damaged eyes, admired it. “I can’t do anything with a hammer,” Charley recalls him saying.

“My dad may have made me many compliments over the years, but maybe I just didn’t hear them, or didn’t want to hear them,” he says. “It took me a while to appreciate that man. The act of writing helped.”

So there you have it folks & like I said at the beginning there were many, many, things in this article I sure could identify & agree with. 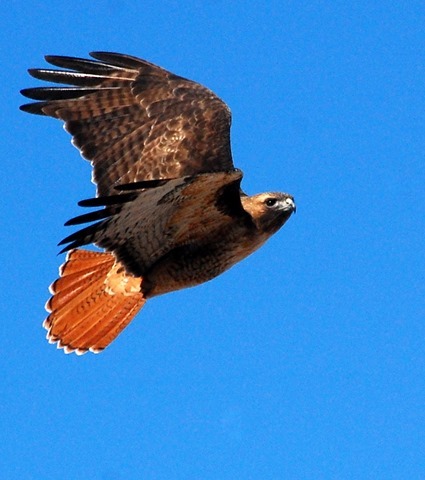 GROANERS CORNER:(( A visitor to a certain college paused to admire the new Hemingway Hall that had been built on campus. "It's a pleasure to see a building named for Ernest Hemingway," he said.  "Actually," said his guide, "it's named for Joshua Hemingway. No relation."  The visitor was astonished. "Was Joshua Hemingway a writer, also?"  "Yes, indeed," said his guide. "He wrote a check." 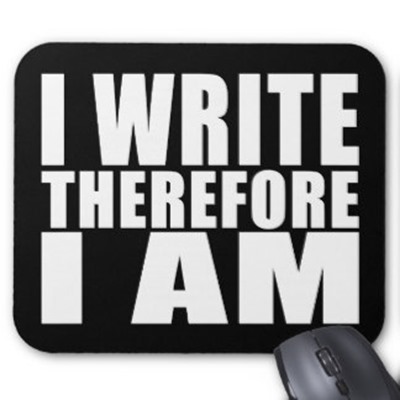