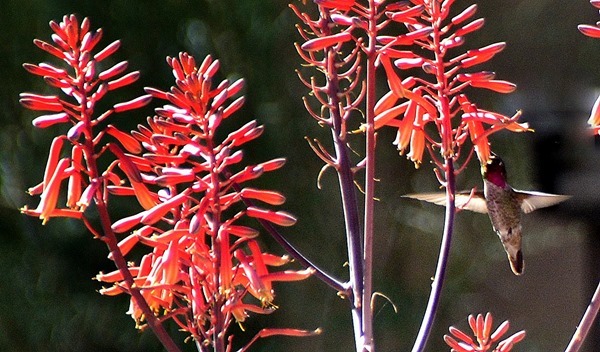 SPOTTED THIS LITTLE HUMMINGBIRD AT ONE OF OUR ALOE FLOWERS THIS AFTERNOON
Our overnight cloud cover was long gone by morning & we again started another fine Arizona day under sunny skies. 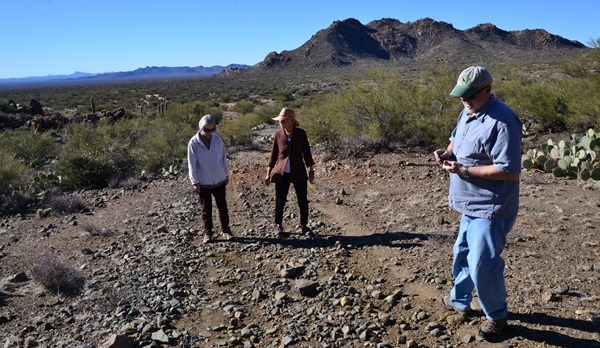 HAD OURSELVES A NICE DESERT WALK THIS MORNING 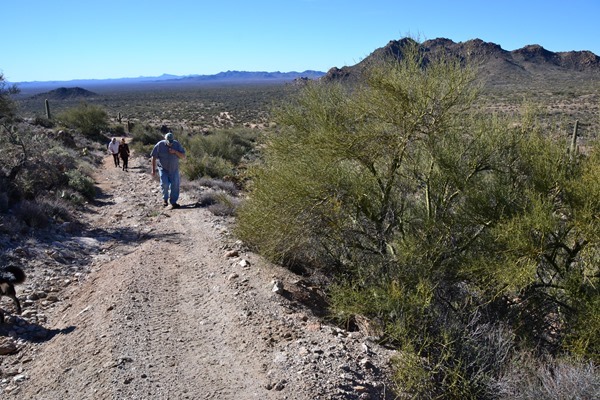 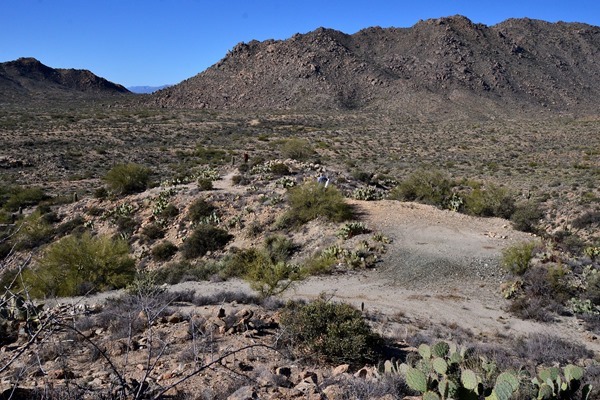 KELLY, LESLIE,  & PETER ARE ACTUALLY VISIBLE IN THIS PHOTO WHICH GIVES YOU AN IDEA HOW VAST THIS LAND IS OUT HERE
Thought we’d take a drive out to see how the young crested Saguaro that Leslie spotted last year was doing.  It’s only about a mile behind our house so we Jeeped ourselves out that way along what are now becoming quite familiar Jeep roads to me. 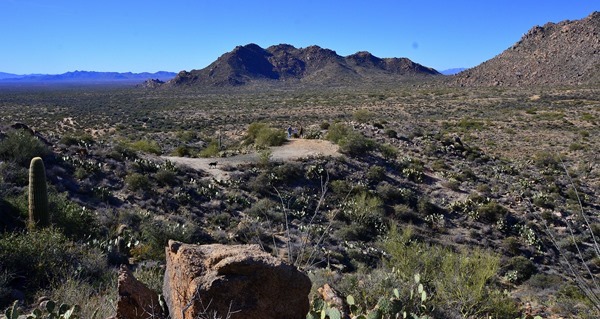 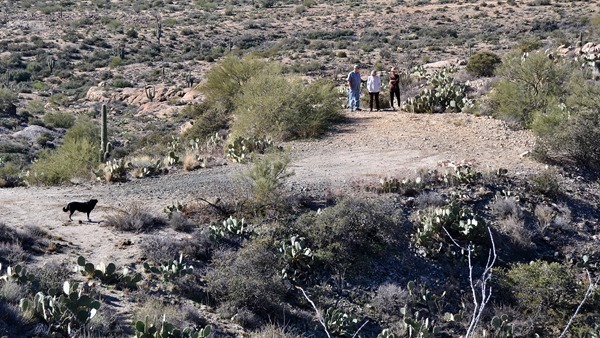 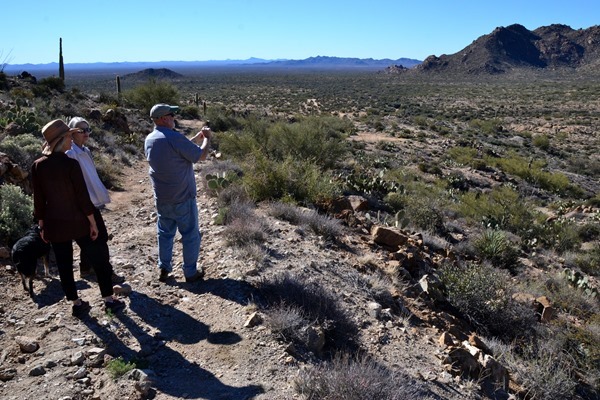 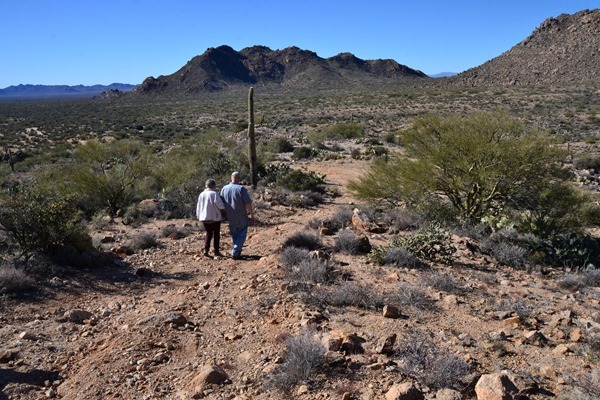 LESLIE & PETER ARE DRIVING BACK TO PHOENIX IN THE MORNING WHERE THEY WILL CATCH A FLIGHT FOR BUFFALO NY THEN DRIVE FROM THERE TO THEIR HOME IN WEBSTER….IN A POSSIBLE SNOW STORM 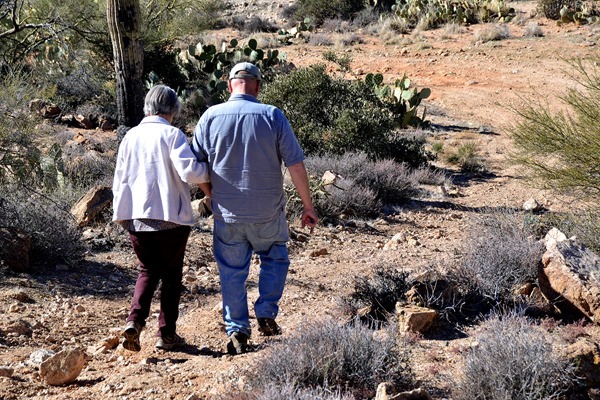 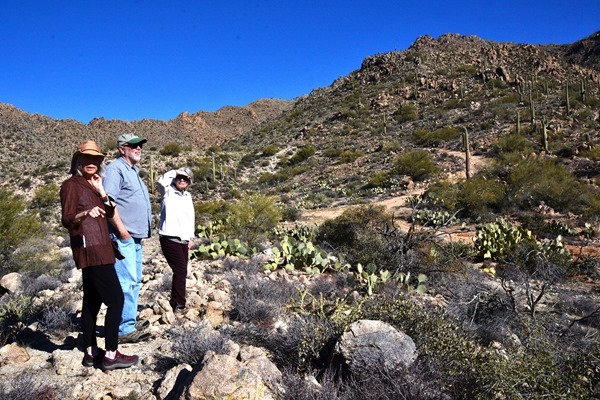 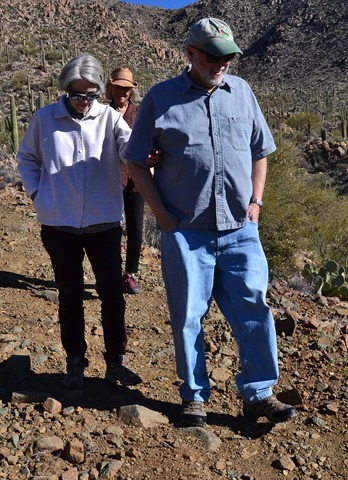 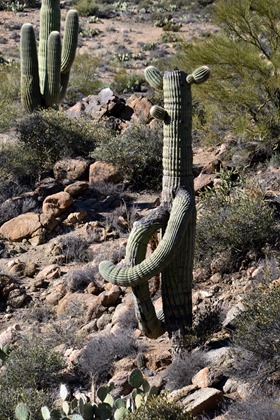 WE EVEN SPOTTED ‘GUMBY’S COUSIN THIS MORNING, SENOR SAGUARO GUMBY >>>>>>>>>>
Parked & walked a few hundred yards up a rocky ATV trail to the spot where we could see the Saguaro.  It’s not easily identifiable as a crested unless one picks their way through some rocks & boulders laced with prickly pear cactus, ocotillo, & a few dozen other desert plants.  I did make my way to the Saguaro & took some photos from the east side of it where the ‘crested’ part is much more identifiable. 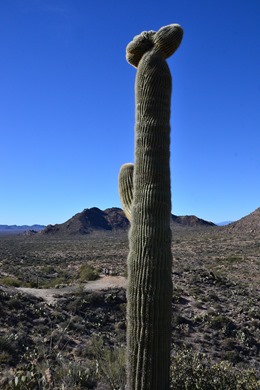 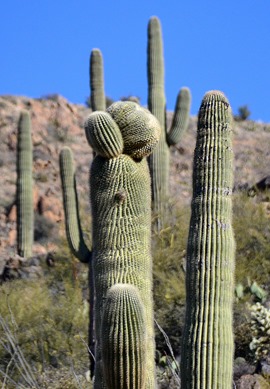 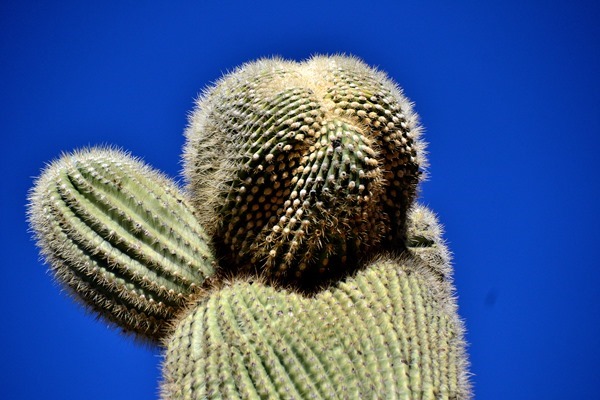 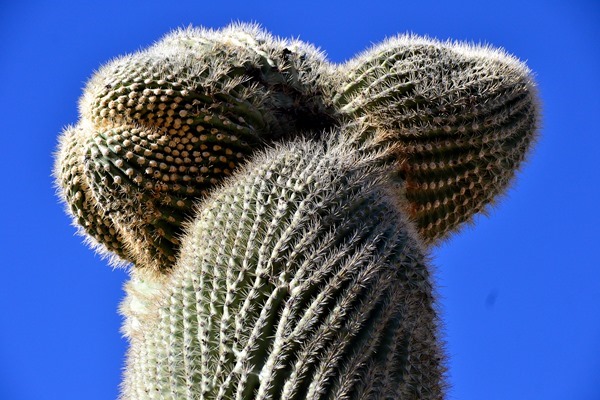 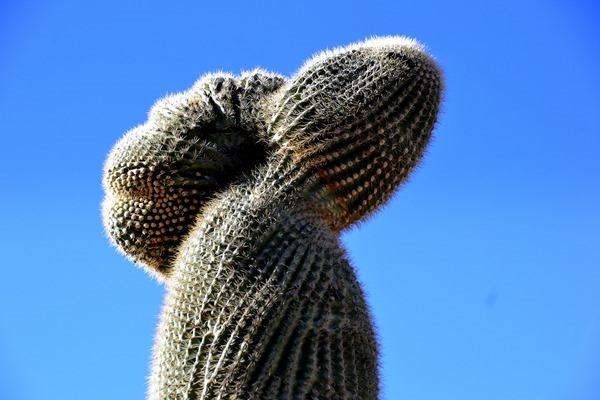 From Leslie’s crested Saguaro we drove a short distance over to Indian House Rock which is a favortie spot of Leslie & Peters.  Favorite spot for Kelly & I as well & Pheebs & I had just been there a few weeks ago for a walk.  And yes Peebers did come with us this morning. 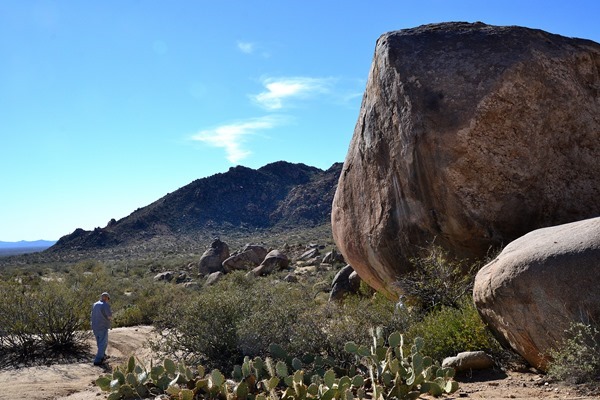 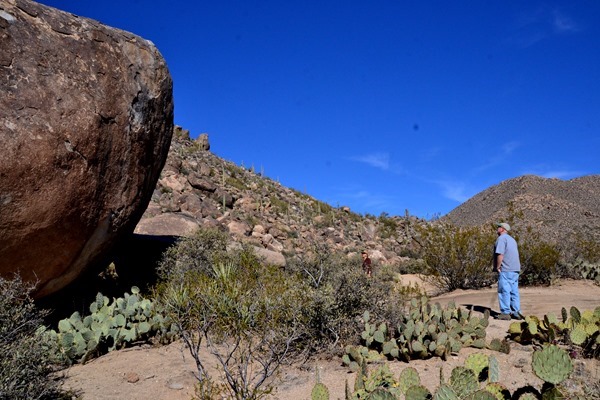 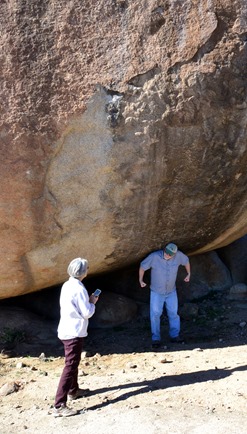 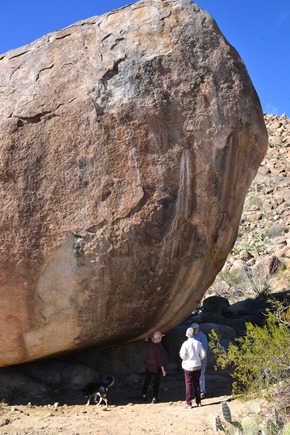 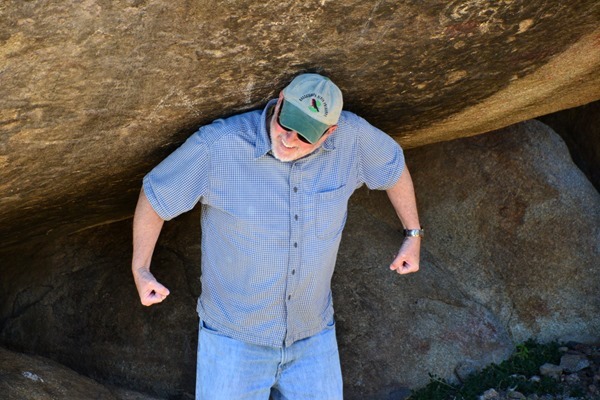 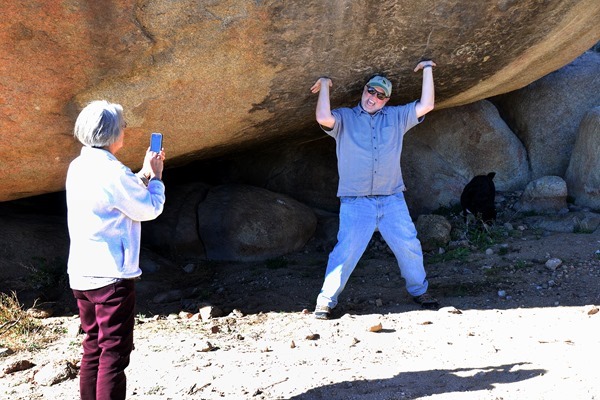 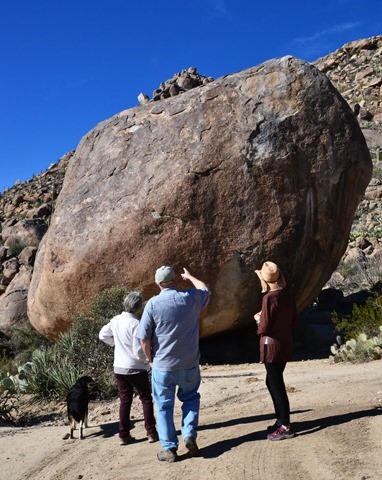 From the big Rock wound our way back through the desert to a gate near our house & drove half a block pulling into our yard sometime after the noon hour I think it was.  Temperatures were getting warm so I wasn’t long in getting myself comfortibly stretched out in my Horton recliner in the rig.  Soft music, sunshine again beaming in the window as I drifted away for a short afternoon snooze.  Thought occured to me, ‘say why wouldn’t I just move all my stuff out to the rig & spend my time here where it’s so cozy & comfy warm.  I do like to be warm & our house most of the time is like living in a half heated ice box. 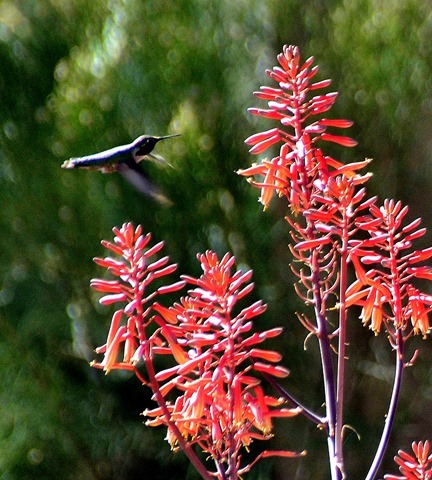