PHEEBS & I JEEP OUR WAY THROUGH THE DESERT SOUTH-EAST OF WICKENBURG AZ.

After a long dull Sunday sitting around the house Pheebs & I were definitely needing to get out & dust up the Jeep’s tires.  Having no idea where to go we just ambled out the gate & turned right.  Needed gas so that led us over to the gas station & from there we continued on to Wickenburg.  I was needing some Cran-Raspberry juice, cinnamon, & a 9 volt battery anyway so we headed for Safeway.

After waiting forever in the ‘Express Line’ with my 5 items behind somebody with about 105 items I was feeling the need for a good old McDonald’s coffee so upon leaving Safeway we headed on down to Wickenburg’s south end & while at McDonald’s picked up a couple Burritos to go.  Just south of McDonalds on Constellation Road is Wickenburg’s Rodeo Grounds with an RV dry camping area right across the road.  We drove into the camping area & ate us up our Burritos while taking in a nice view of Wickenburg below.  Only half a dozen RV’s in the Park.  Kelly & I had driven through here a couple winters ago & had noticed some sites are large enough for big rigs.  I think there might be a water spigot somewhere as well as garbage bin but no electric or water at the sites.  It was way too early to head home so we rolled out & headed southeast on Constellation Road again.  We were needing to get us in some relaxing desert time. 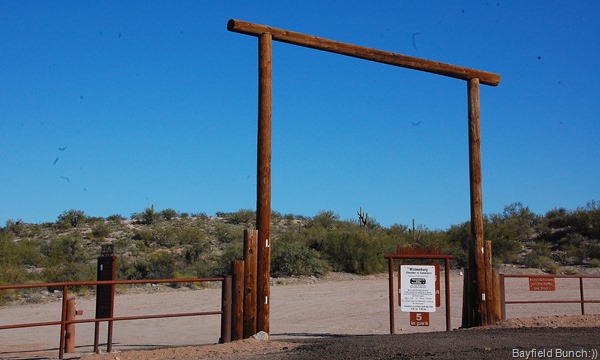 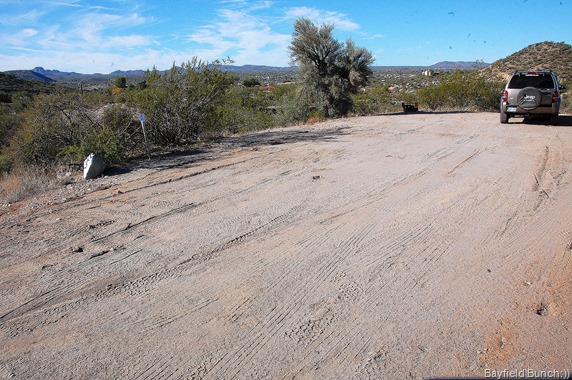 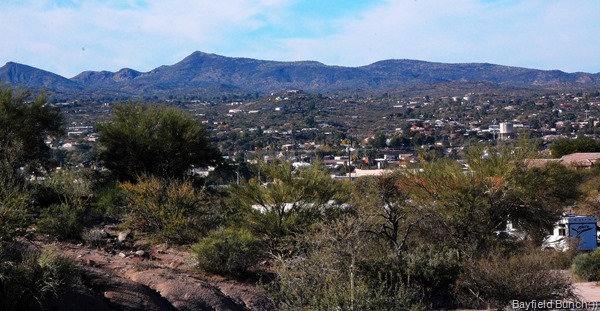 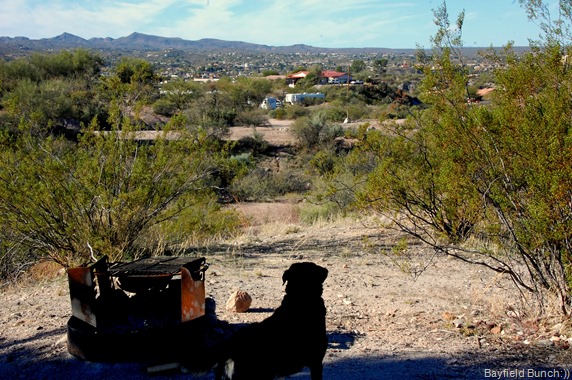 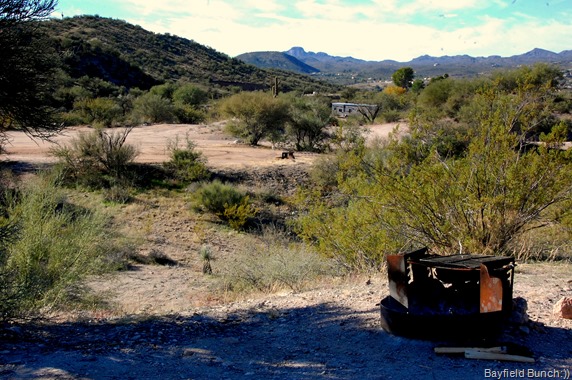 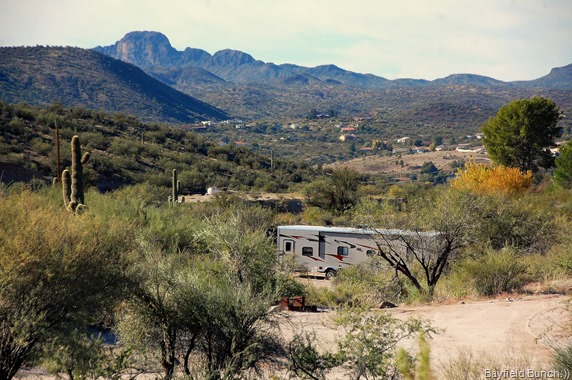 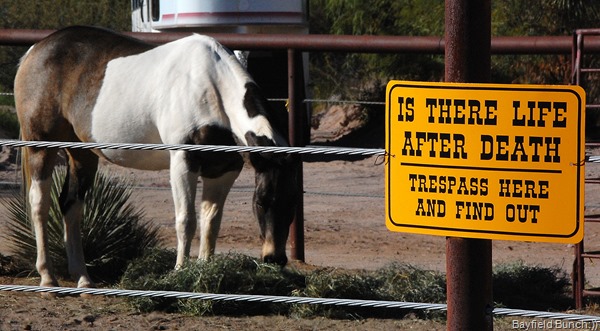 Constellation Road was familiar to me as we had followed fellow RV’ers Jim & Bev a couple times in their beefy big black Jeep a couple years ago out this way on a couple great desert Jeep tours with one of them leading to Castle Hot Springs on January 21rst 2014.  (Peter & Leslie will remember that trip)  Our Jeep Trip To Castle Hot Springs  This morning Pheebs & I angled left onto Blue Tank Road heading off out into the desert to who knows where…….if anywhere at all.  These old original desert mining roads just seem to amble aimlessly for miles & miles.  I did notice the road we were on was unusually wide & well maintained & fresh grader tracks suggested it had recently been graded.  How wonderfully nice to poke along again about 10 or 15 mph without encountering a single vehicle.  Highway 89 between Congress & Wickenburg is just a drag strip for the locals & highway 93 which 89 joins into is nothing more than a high speed race track between Phoenix & Las Vegas with Wickenburg being an annoying slow down for the high rollers.  And we had just come that way this morning so I really appreciated the change of pace when we finally reached Constellation Road .  You might be interested in what I really had to say about that hustle bustle traffic on January 2nd of 2014 after a stint on highway 93.  The last 3 paragraphs in my post that day sum up my conclusions on Brainless Drivers!!!!  Anyway, back to some much needed quiet serenity in the desert………………..

SO NICE TO SEE ‘BLUE TANK ROAD’ IN SUCH GREAT SHAPE 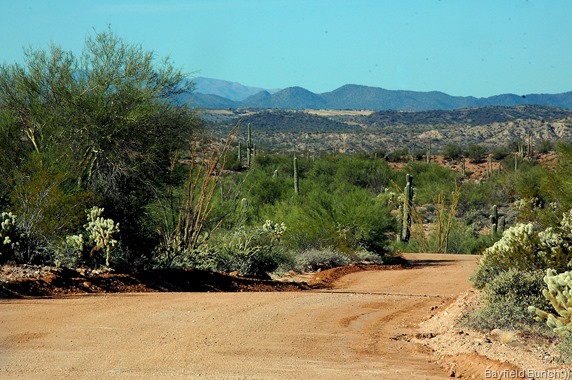 Puttering our way along Blue Tank Road we gained enough altitude to see Teddy Bear Cholla plants along the road.  Not a good area for a stop with a doggy along.  Those Cholla cacti are just about the worst kind of cactus for any human or animal to ever encounter.  Their barbs inflict intense pain & as pretty as they are they are to be avoided at all costs. 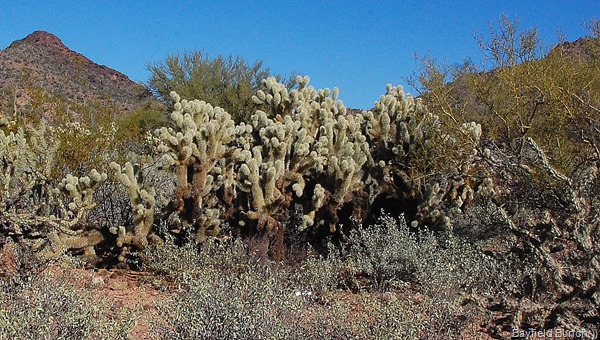 THIS CHOLLA (PRONOUNCED CHOI-A) IS ONE BAD HOMBRE 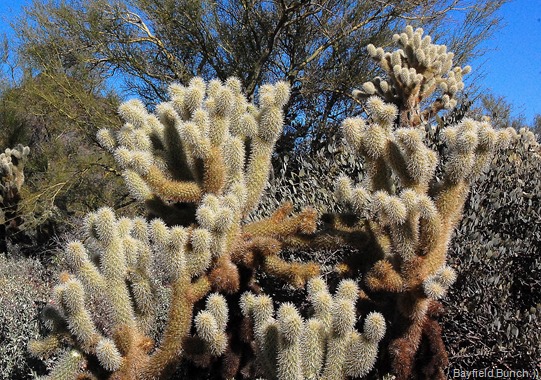 LOOKS SO SOFT & CUDDLY YET CAN INFLICT SOOOOOO MUCH PAIN….I KNOW BECAUSE I’VE TANGLED WITH IT:((

HEADING DOWN INTO THE LARGE HASSAYAMPA RIVER DRY WASH

Having no idea where this road led I figured we’d drive for a few miles then turn round & head back the way we came.  That is until I noticed we seemed to be slowly angling our way back in the direction of Wickenburg & sure enough I eventually began to see distant buildings on the horizon so we decided to stick with Blue Tank Road to see where it would bring us out.   The road finally led us down into a river wash & we followed that north until I spotted a stop sign ahead.  Not often you see a stop sign in a dry river bed.  Knowing Wickenburg was to our left somewhere we turned onto a road heading west & before long we reached highway ??  The road we had been on was Rincon Road & I again thought of Jim & Bev a couple winters ago doing some ranch sitting very close to where we drove today.  Here’s a link to the day we took Aunt Jean out to meet Jim & Bev at the ranch actor Val Kilmer’s Mother once owned……

ALWAYS NICE FOR WE NORTHERNERS TO SEE SOFT GREEN GRASS 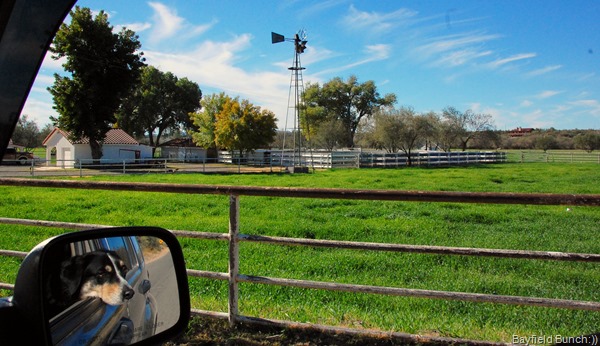 AND THERE’S EVEN A DOGGY IN THIS PHOTO & I’M GUESSING IT JUST WANTS TO STOP & GO OVER THERE FOR A PEE ON THE GRASS:))

Reaching the highway 93 racetrack we turned right with pedal to the metal to try & keep up with all the crazy nutbars on the road.  Twenty minutes later we were back in Congress.  It was 11:30 a.m. Arizona time.  Think we might as well get a couple racing stripes painted on Libby just to fit her in with all the speedsters on the road these days.  It was highway 93 that last winter spurred me write this post………… 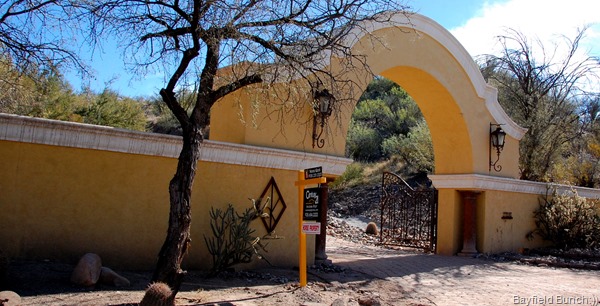 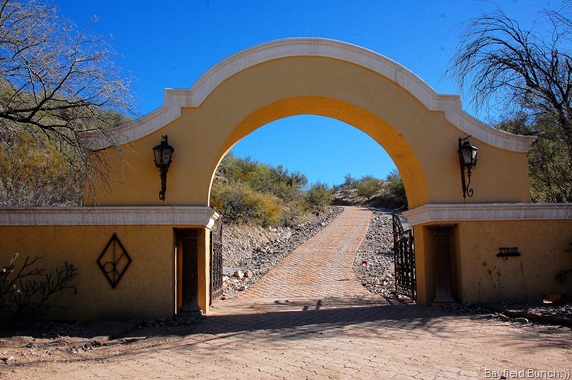 A few reader questions to answer tonight……GYPSY asked, “Do any of them (cactus) send up additional shoots and multiply?……..Yes, all of the cacti I am planting will send up shoots & multiply.   How do you keep from getting pricked by all those thorns”……….. In one word I can answer that question, ‘experience.’  I have learned the hard way not to randomly pick up things off the ground without gloves.  I don’t get nearly as many stickers now as I did the first year here.  I use my 5 pronged pitch fort to move most things like tree cuttings & branches & I never trim anything without a good set of heavy duty gloves on.  I’ve learned to handle cacti by their roots & not their pods.  Have also learned that even if one cannot visibly see the stickers on a cactus it does not meat the cactus is devoid of stickers.  Some cacti’s stickers are like fine hairs & if you pick that pod up with no gloves you may not feel anything right away but just wait a few minutes & ‘yeouch.’  Those can be the worst because one cannot see the fine hair like barbs to pull them out.  Also after being around cactus for awhile both the mind & body just simply becomes aware of the danger & consciously or subconsciously keeps one out of harm’s way.  Like ‘look before you step & look before you reach.  And never back up unless you look first to what you might be backing up into…. 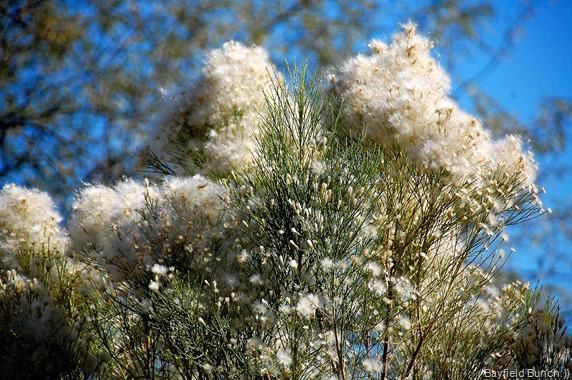 Sylvia asked, “Al, how long do sit waiting for the birds to pose for your great pictures”?…………….Well that kind of depends on the bird’s themselves.  I’ve learned there are times of the day when they seem to swarm the feeder.  Early morning & evening are two of them.  Also depends whether there is birdseed in the feeder.  We have a large number of birds in our back yard at times & they have a tendency to swarm the feeder.  It’s nothing to have 30 or 40 birds at a time coming & going & it only takes a few minutes to crack off dozens of photos.  Our feeder hangs from a Mesquite tree branch on the right side of the tree & I have determined the bird’s habits coming & going to the feeder from the tree branches mainly to the left.  I pre-focus an area from the feeder itself to about 3 feet left of it.  I try to photo the birds entering or leaving this zone.  Some times I do not even see the birds I photograph until I bring the photo up in my photo editor & what an unexpected surprise that often is for me.  It’s another reason I enjoy the whole photo editing process so much.

And I just remembered another question from Kate near Langton Ontario last week wondering how to get in touch with us.  Our Gmail address is in the right hand column just above ‘Popular Posts’. 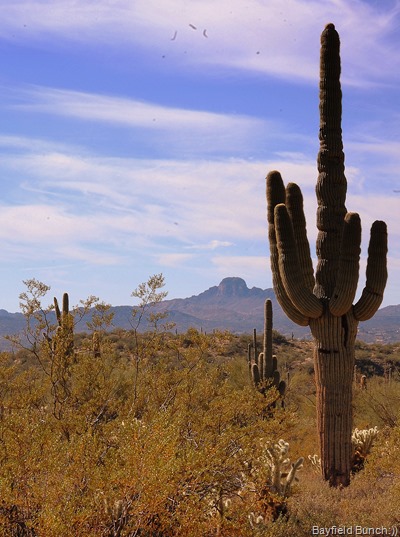 GROANER’S CORNER:(( As we waited for a bus in the frosty weather, the woman next to me mentioned that she makes a lot of mistakes when texting in the cold.  I nodded knowingly. “It’s the early signs of typothermia.”

- It’s been raining so much in Los Angeles that the Chia Pet I threw in the garbage is now blocking my entire driveway.

- Concerned about what will happen to cities if the polar ice caps melt? Don’t be. New names have already been chosen.