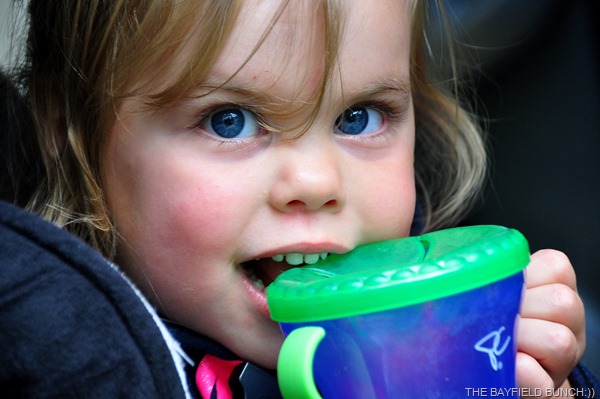 After 3 days of cold damp weather our winds finally abated & our temperatures came up to about 60F.  No sunshine yet but how nice not to have those icy winds a blowin.  The family gang headed out for breakfast & some shopping in Bayfield this morning so I opted to stay home with Pheebs.  With skies brightening just a tad the little Happy Buns & I did take a short hours drive early this afternoon just to get out of the house for a bit.  Managed to get the Jeep muddied up enough to probably warrant a wash Monday but no problem because if it's sunny Tuesday Pheebs & I will probably go out & get it dirty all over again:)) 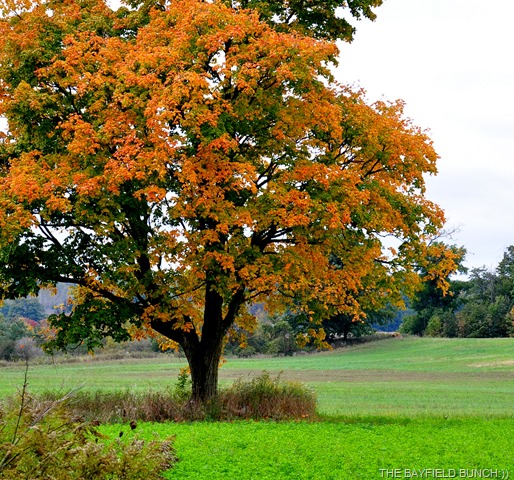 NICE TO SEE A TOUCH OF AUTUMN GOLD

Been an awful lot of pie eating going on here Saturday & today.  Kelly baked a couple best of ever blueberry pies plus the Guelph folks brought a rhubarb/raspberry pie with them.  While typing this on my laptop today I became wedged in my recliner:(( 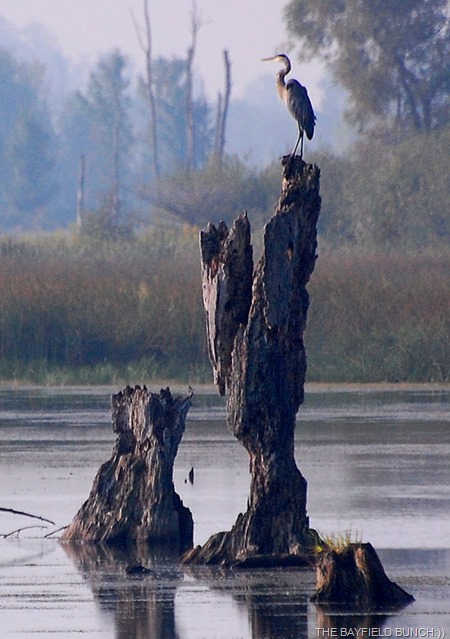 Kelly pulled a bit of a fast one on me a few days ago but it's alright because it was an OK fast one.  As mentioned in previous posts I do not care for entering contests & especially photo contests.  Bayfield had a 2 day Photo Fest Seminar going on at the town hall this week-end with seminars, classes, etc.  It was put on by the PHOTO TOUR TREKKERS group & I actually worked for one of the group’s organizers back in the mid 80’s in Woodstock & Ingersoll Ontario.  They also had a photo contest which was open to anyone anywhere with photos of whatever.  Kelly had read about the contest & thinking it was for local folks decided to enter one of my photos.  She chose a photo I took a month ago of a Great Blue Heron atop an old tree stump in the Hullett-Marsh.  She had it blown up to 11x17 & had it matted (not framed) at BAILLIE'S in Grand Bend.  First prize was an all expense paid trip for 2 to YOSEMITE NATIONAL PARK.  Of course I didn't know anything about this.  Saturday morning she slipped into Bayfield to have a look at the competition & then realized there were a number of very professional & expertly done photos there submitted by some great photographers of various locations around the world.  Needless to say my little Crane photo certainly didn't stand up to the competition but no matter it was just the thought that Kelly had taken it upon herself to do that.  She knew I would never have agreed to enter the contest but thought enough of my photo to enter it anyway.  The fact she did that means more to me than winning any kind of a prize.  Just goes to show what a caring, thoughtful, & wonderful person she truly is.  Certainly was my lucky day when we first met face to face at a little coffee shop near Doon Ontario over 22 years ago:)) 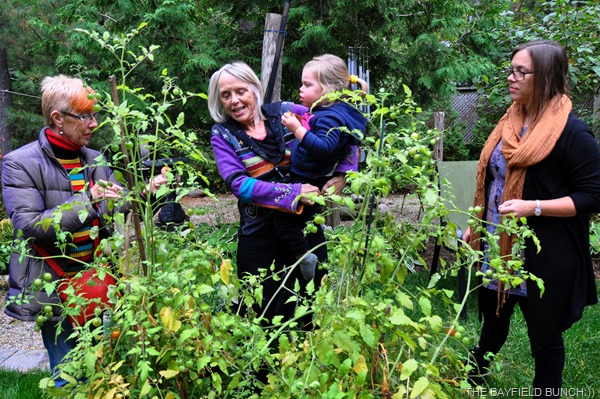 PICKING CHERRY TOMATOES IN OUR BACKYARD 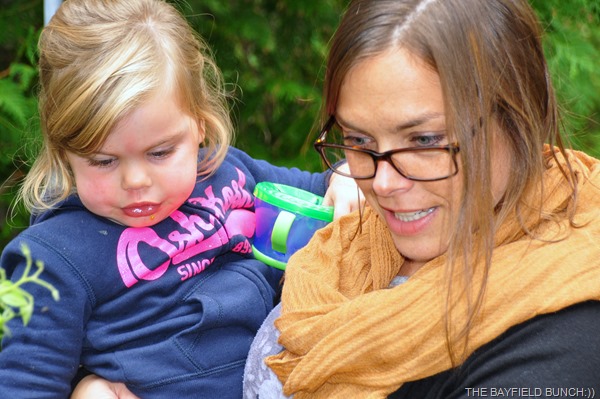 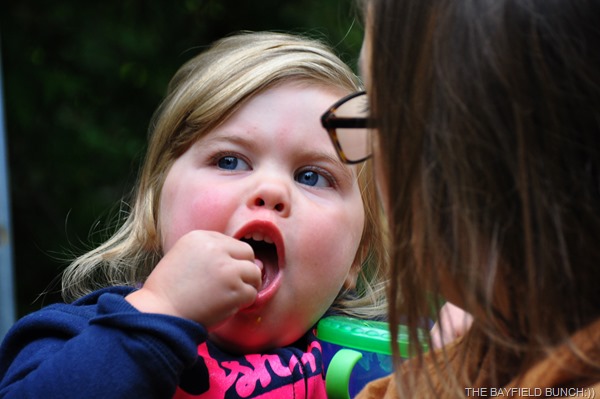 Our company headed for home about 4:45 p.m. & it was kinda sad knowing we may never see Ricardo's parents again.  They will be traveling back to Spain in a week or so.  Nelly & Manuel are truly soft spoken gentle people & it's easy to see where Ricardo's gentlemanly personality comes from.  And they are an adventuress couple as well.  While staying with Rebecca & their son Ricardo they have even stepped out to a few dances in the area & despite not being able to speak a word of English they are boarding a train Tuesday to go to Niagara Falls & staying for 2 days.  Pretty remarkable people I’d say.  It is often I feel a touch of sadness saying goodbye to someone.  I never show that sadness of course but it does sometimes come out here on my blog. 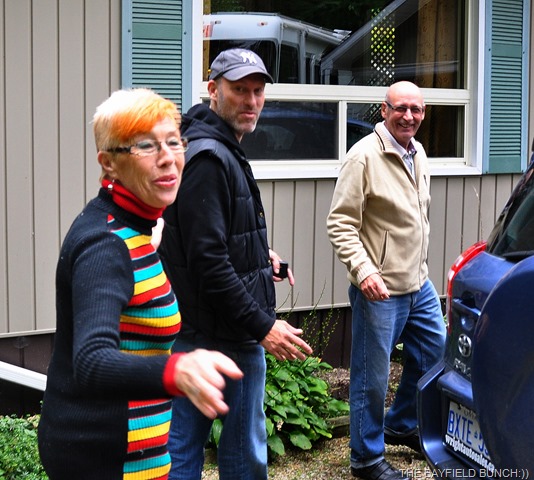 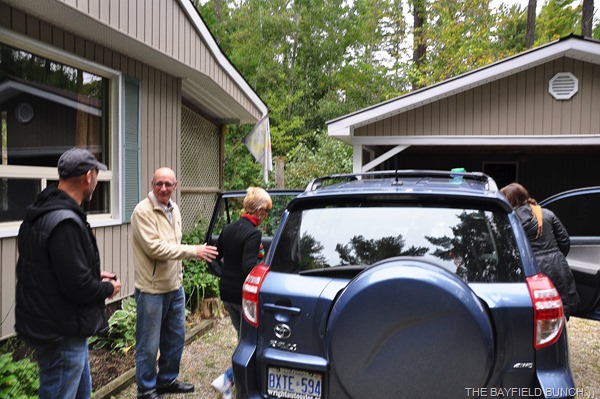 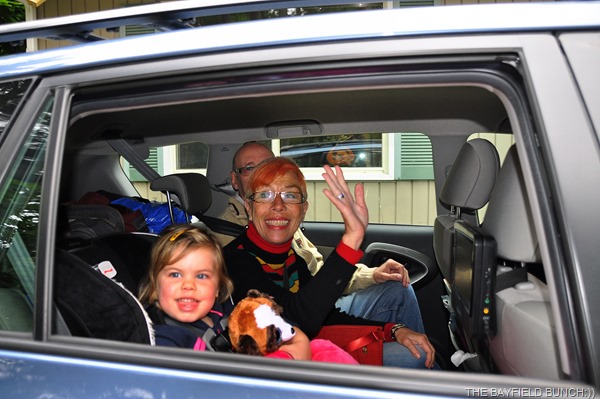 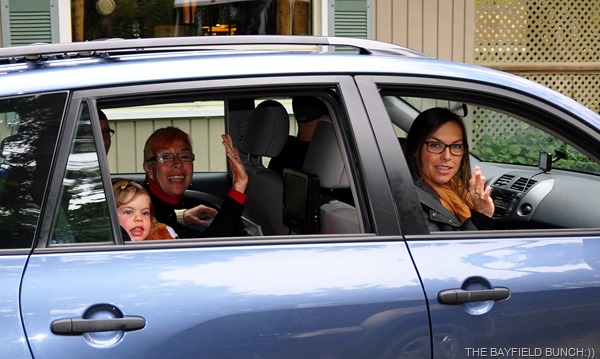 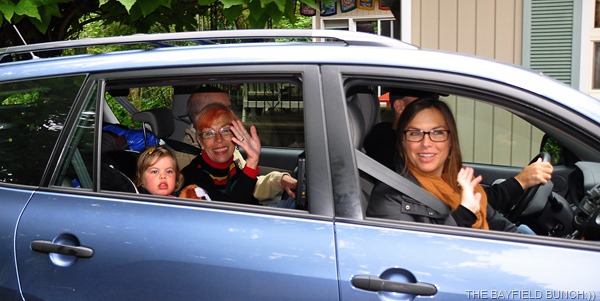 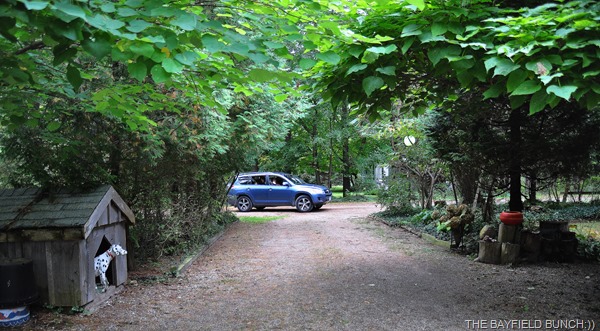 Have to admit I have been in kind of a slump this past week.  I seem to have lost my travel focus.  My excitement & exuberance for our upcoming departure date has waned & my usual thoughts & plans for the upcoming winter season in the South-west have just not been in the forefront of my mind.  Can't seem to shake off my cloudy day thoughts..................... 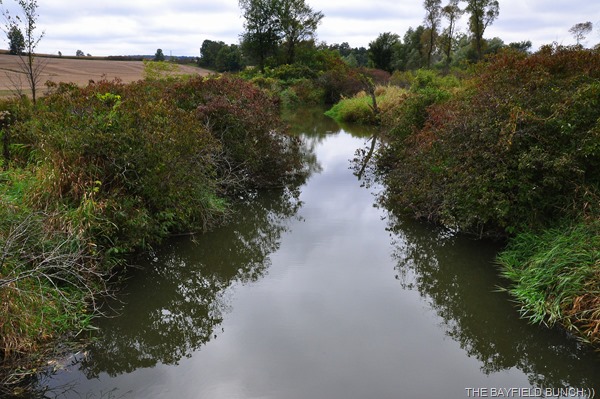 GROANER'S CORNER:((    Most of us have a bad habit we are constantly trying to break. For one woman, it's biting her fingernails.  One day she told her husband about the latest solution: press-on nails.  "Great Idea, Honey," he smiled. "Now you can eat them straight out of the box."