BENTON HARBOR MICHIGAN TO STUART IOWA….LEFT 3 BIG CITIES BEHIND US & WHAT A NICE DRIVING DAY IT WAS:)) 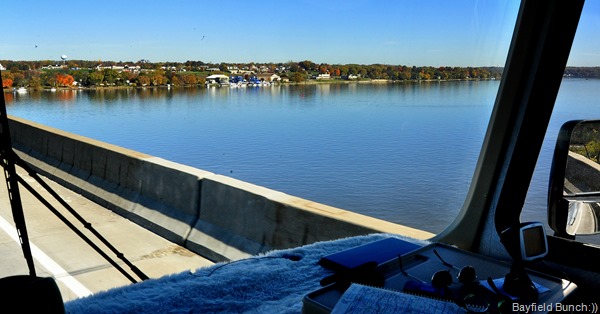 CROSSING THE MIGHTY MISSISSIPPI RIVER NORTH OF DAVENPORT THIS MORNING 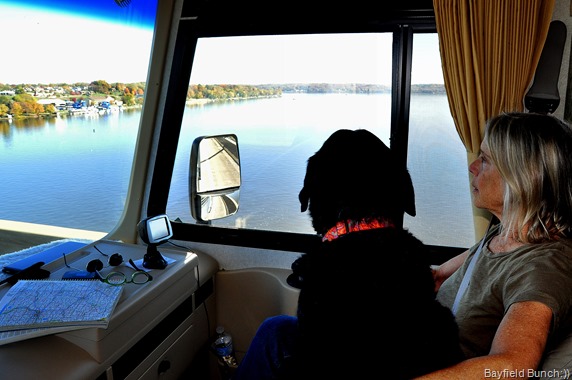 Despite Cracker Barrel parking lot lights around us how nice it was early this morning to step outside & see the Planets Venus, Jupiter, & Mars.  Our first unobstructed night sky since early last April.  And I saw Orion too Jean:)) 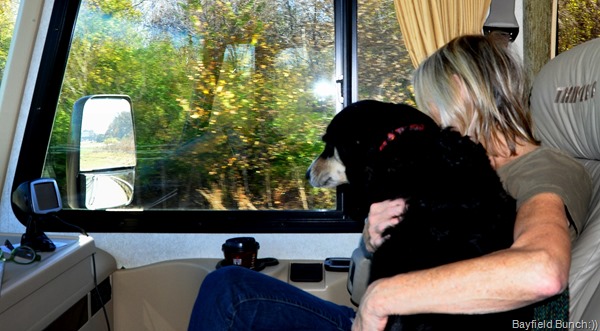 Although not quite as cushy comfy as my big old overstuffed recliner in Bayfield my recliner in the rig turned worked out fairly well for sleeping.  I think with the strategic placement of a pillow or two I’ll be just fine spending my nights in it. 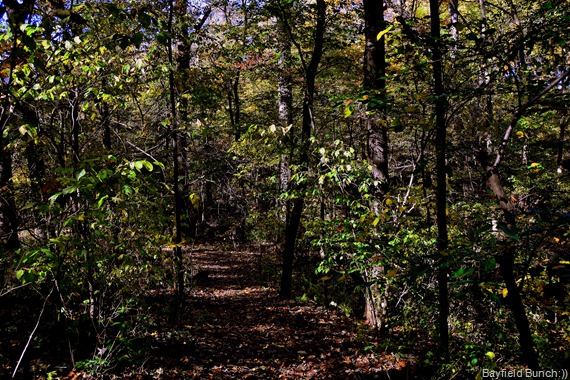 Up at our usual time of 5:30 a.m. we swung right into our normal routines.  Coffee, computers, TV news, etc.  Nice to still have reasonably warm temperatures as we rolled out of Cracker Barrel at 7:20 a.m & with a couple turns we were again back on I-80 heading west.  Nice sunrise but it was behind us & off to the left a bit.  We blew through sleeping Chicago somewhere between 8:30 & 9 with very little traffic……. just as we expected & planned for. 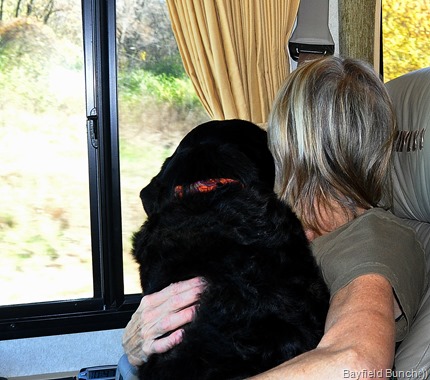 Due to an unknown problem with my Nikon D90 my photos today were overexposed & I had a hard time salvaging anything worthwhile.  Last week the same camera underexposed a bunch of photos.  The exposure compensation numbers have been randomly changing on their own & I have no idea why. 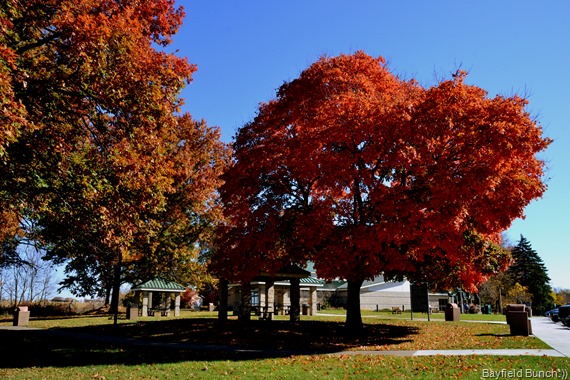 A big Howdy Doody wave to Dennis & Donna from the CAVE DWELLINGS.  It was about 10 o’clock when on I-80 we rolled through south of Sandwich Illinois. Can you imagine living in a town called Sandwich.  D&D do:)) 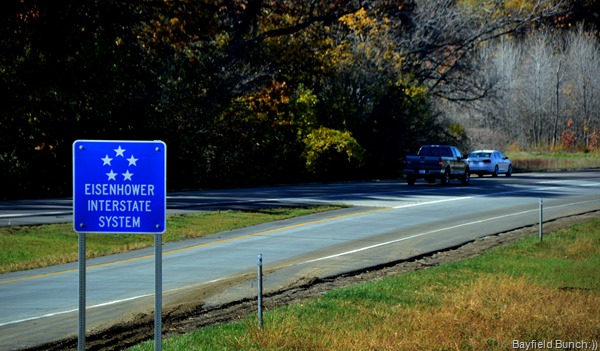 We reached Davenport somewhere around noon I think & took the northern by-pass.  Second big city behind us & again traffic was light.  With clear skies, no rain or gusting winds I felt it was a good driving day to be taken advantage of & pushed on for Des Moines Iowa.  Figured on overnighting at a Walmart somewhere out the west end of Des Moines but our Garmin Gertie GPS took us around the by-pass north of the city & there sure weren’t no Walmarts up around that-a-way.  Last 2 times I remember she took us right through the middle of Da Moiner.  Still heading west on I-80 & after going past several small burgs along the away I kinda got the feeling Des Moines might have been the last big city outpost for quite awhile.  Council Bluffs was still a hundred miles away so we took a chance on a little Iowa town called Stuart.  No Wally-World there of course so we slowly cruised a few of the sleepy back streets until we spotted a feed mill with a parking lot behind it & pulled in.  Figured we would be gone before workers showed up to work Monday morning.  Noticed after a bit cars going by slow looking at us so figured it being a Sunday night in a small town we were probably the main attraction.  Well that is until Kelly noticed the cars turning into a building just down the street with mainly women getting out with some carrying cushions into the building.  Sleuth Kelly deduced they were headed in to play Bingo.  Not knowing too much about nuthin I had to agree with her.   Kelly later walked down to see what the building was & it turns out it was Stuart’s Rec Center & American Legion. 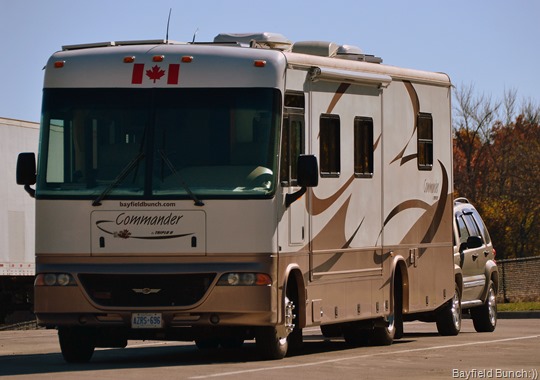 And just think, we have traveled about 760 miles so far & it has only taken 212 chocolate chip cookies & half a pound of crumbs to get us this far.  Oh & the 3 big cities we left behind today??  Chicago Illinois, Davenport & Des Moines Iowa.  In the morning we do battle with Omaha Nebraska then on to Lincoln Nebraska where I’m hoping we will have reached a decision on which route we will be taking from there.  Anybody taking bets………I’m not. 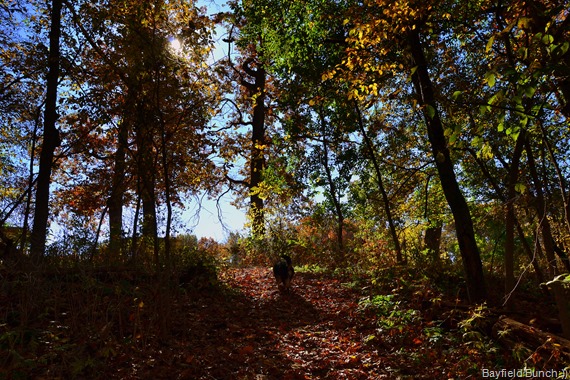 GROANER’S CORNER:(( Here are just 3 of many likable things about the State of Iowa:  They do amazing things with corn, it’s just east of Omaha & Iowa is easy to spell.