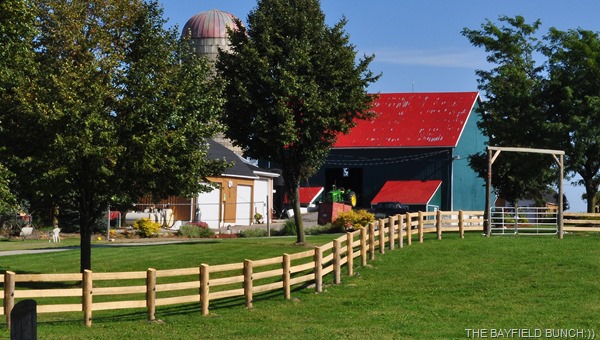 ANOTHER NICE MORNING FOR A COUNTRY DRIVE

Had been a couple weeks since Pheebs & I had taken a drive up through Amish/Mennonite country so our rather aimless wanderings  this morning eventually led us up that way.  Stopped in Wingham for a Ham Sub then headed southwest for a leg stretch at Lake Wawanosh.  Turned out to be a nice 4 hour leisurely drive through part of my favorite countryside & I was able to pick up a couple different roads for another batch of barn photos.  We were home again by early afternoon. 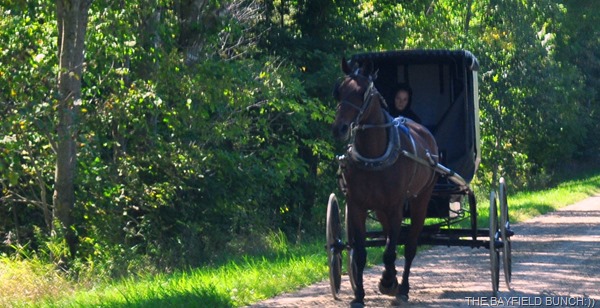 Tuesday night Chris & Caron invited me over for supper but after my 4 egg noon omelette blow-out I totally had no appetite so Pheebs & I dropped over for a tea & campfire a bit later.  A really nice September night sitting out under a sky full of stars around a campfire.  It was 9:30 before Pheebs & I finally wondered on home & Caron made sure we had us a couple muffins to take along as well. 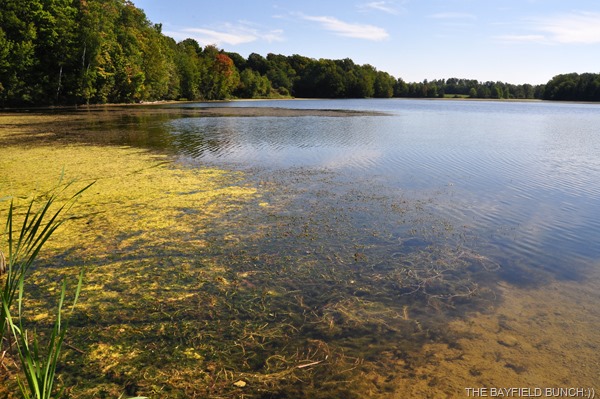 A MID SEPTEMBER MORN BY THE SHORES OF LAKE WAWANOSH 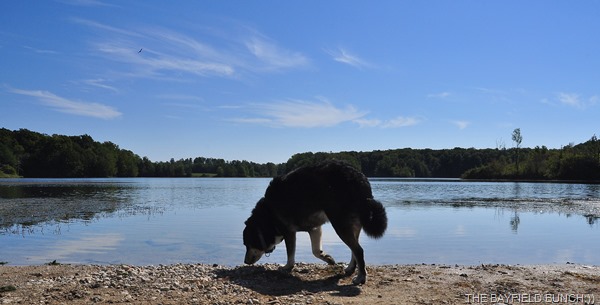 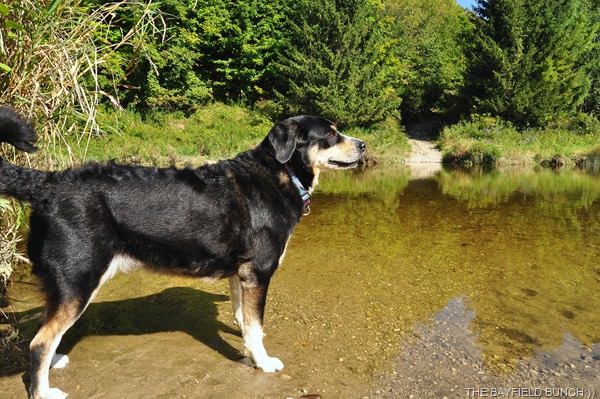 SSSHHHHH, I DON’T THINK SHE KNOWS SHE’S STANDING IN THE RIVER

Kelly is thinking of heading home Friday but wants to be sure her Mother has a good understanding of Windows 10 before she leaves.  Still busy doing a lot of catch-up visiting as well.   Not being a big visiting type person I'm sure glad I got left at home:))

GROANER’S CORNER:)) During the Air Force Academy's basic cadet training, the new cadets go through a ten-day encampment outdoors. Prior to being served in the chow tent, they are required to do push-ups and then get in line to answer questions about the academy. If they answer correctly, they are allowed to proceed inside. If not, they are sent to the back of the line.  One cadet had been sent back a number of times because he didn't reel off the answers. When the poor cadet came up again, a sympathetic upperclassman asked him, "What does the abbreviation S. I. D. N. K. stand for?"
The cadet bowed his head and replied, "Sir, I do not know."  "Right!" the upperclassman said. "Now go on in there and get some chow!"

A shepherd was herding his flocks in a remote pasture when suddenly a brand new Jeep Cherokee advanced towards him out of a dust cloud. The driver, a young man in a Brioni suit, Gucci shoes, Ray Ban sunglasses and a YSL tie, leans out of the window and asks: "If I can tell you exactly how many sheep you have in your flock, will you give me one?"  The shepherd looks at the yuppie, then at his peacefully grazing flock and answers, "Sure!"  The yuppie parks the car, whips out his notebook, connects it to a cell phone, surfs to a NASA page where he calls up a GPS navigation system, scans the area and opens a database and some 60 spreadsheets with complex formulas. Finally, he prints a 150-page report on a miniature printer, turns to our shepherd and says: "You have exactly 1586 sheep!"  "That's correct. As agreed, you can take one of the sheep," says the shepherd. He watches the young man make a selection and bundle it into his Cherokee.  As the car starts to pull away, he calls out: "If I can tell you exactly what your business is, will you give me my sheep back?"  "Okay, why not?" answers the young man, stopping the car.  "You are a consultant" says the shepherd.  "That's correct," says the yuppie. "How did you guess?"  "Easy," answers the shepherd. "You turn up here without being asked. You want to be paid for information I already have. And you don't know anything about my business because you just took my dog."