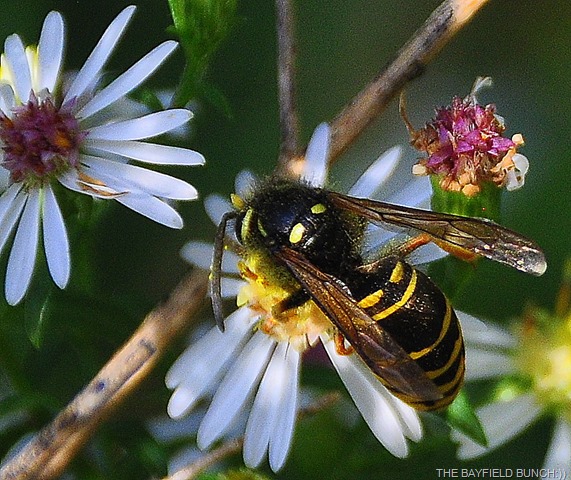 Ever since my Nikkor VR 70-300mm lens began chattering & vibrating a few weeks ago & especially since I found out it could cost me in the neighborhood of $250 to have Nikon look at it & a turn around time of approximately 8 weeks I have had camera lenses on my mind.  Another thing on my mind for a long time has been my having to carry 2 weighty DSLR cameras with attached lenses slung round my shoulders for years if I wanted the 18mm wide angle to 300mm range covered.  The Nikkor VR 70-300 lens although my favorite is a heavy brute but I never minded & just slugged it along with me wherever I went anyway.  I have always liked the steadiness a heavier lens can offer.  Figured it might be a good time to solve the 2 camera dilemma by finding a lens that would cover the full mm range I wanted.  Off to the internet I went & did a bunch of reading on different lenses & manufacturers.  I knew right away Nikons Nikkor lens covering that focal range was going to be way out of my price range & it was.  Back in the old 35mm film days I had a couple Pentax cameras with Tamron lenses & I really liked those.  Hadn’t paid much attention to Sigma lenses over the years because I always thought them not the best but in my research I kept coming across good reviews on the SIGMA 18-250mm F3.5-6.3 DC MACRO OS HSM lens.  Of course wanting a ‘close-up’ lens for years the word Macro caught my attention right away so I read on a little further. (macro meaning very close up)  So to make a long story short Pheebs & I hopped in the Jeep this morning & headed for HENRY'S CAMERA STORE in London Ontario.

It was a nice morning for a drive & I was happy to have somewhere to go.  MARK'S WORK WEARHOUSE (those are my hikers on the right if you go to the site) just happened to have a 50% off sale on HI-Tec Hiker boots for a couple days as well & I knew there was a Marks just a block from Henry’s Camera Store.  Henry’s had the lens I was looking for & it was on sale for a savings of $60.  I liked the feel of the lens right off because it had some weight to it.  Didn’t have to chat it up with the sales clerk because I had already read up on the lens so picked up an additional 62mm protective lens filter & away I went with the next stop being Mark’s Work Warehouse.  Found the high top hiker boots on sale & threw myself a package of socks in on the deal.  Socks were on sale too.  Back out in the parking lot I hauled my new Sigma lens out of the box & strapped it on my Nikon D90.  Cracked off 2 pictures & headed out of town to try the lens from a moving vehicle on some barns. 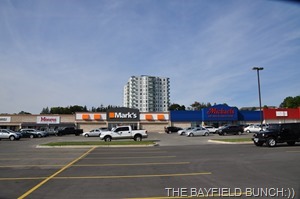 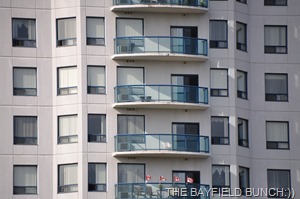 Heading North-west out of London Pheebs & I even managed to find us some new country roads that I had never been on before.  Another Saturday morning bonus as we plodded along taking pics & stopping for a couple leg stretches.  Just a totally beautiful morning again & the following photos were taken from the driver’s seat while rolling through the countryside.  I especially like the first photo with the farm kids on the front lawn with their dog & Mom coming over in the background.  Thought the Sigma lens did a great job of capturing this 50mph photo fired through my side window going by.  (ISO 800 at F11 at 27mm & 1/500th of a second shutter speed) 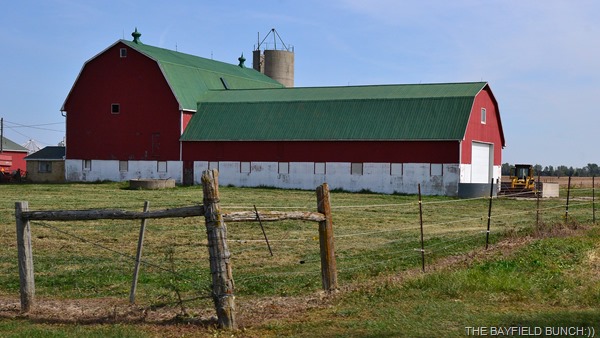 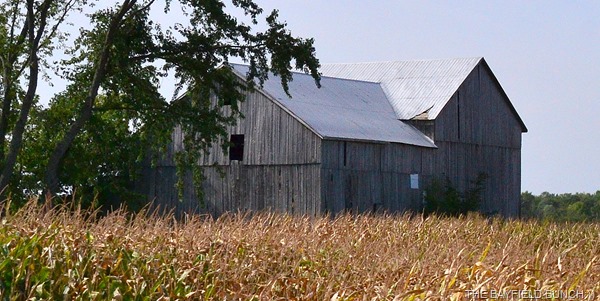 I THINK SOMEBODY MAY BE GETTING SOME TRACTOR DRIVING INSTRUCTIONS HERE

Routed ourselves over towards & through Grand Bend because I knew there was a Subway there & us guys was feeling the need for a 6” Ham sub.  A few more country roads & we were finally back home in Bayfield somewhere around 1 o’clock.  It wasn’t long before Pheebs & I with my D90 camera & new lens were out the door & around the trail taking a few photos here & there along the way to see how the lens performed.  How nice carrying only one camera instead of two & how nice to be carrying a lot less weight.  It’s no wonder I am round shouldered:((  And only one camera strap to deal with now as opposed to two.  Liked the results I got from the lens & could quickly see where I had made a few mistakes here & there with it.  Got to back off a bit on moving subjects like bees etc & not try to photo them too close up in Macro mode. 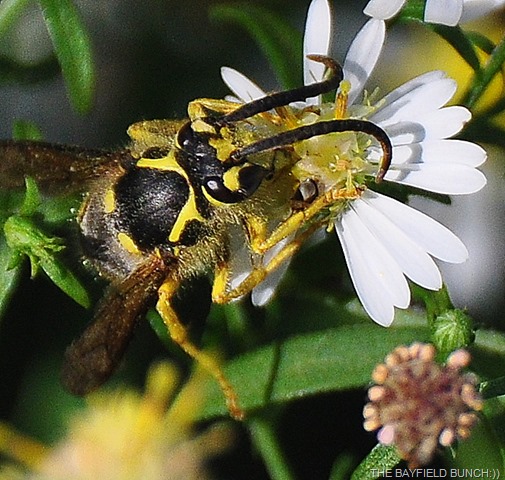 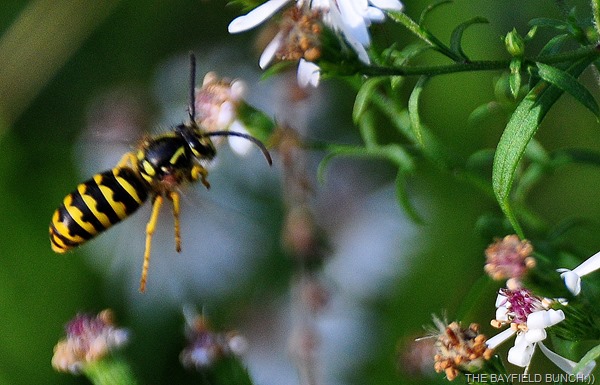 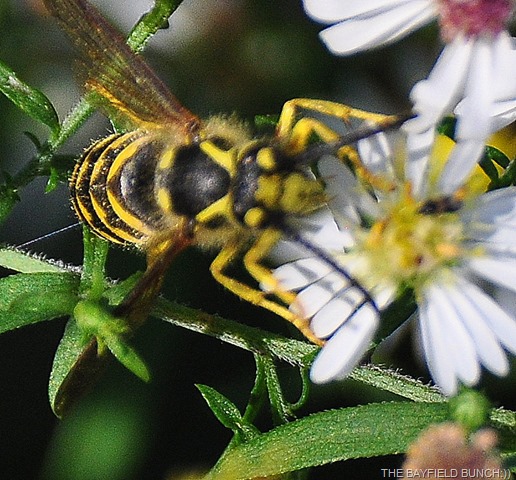 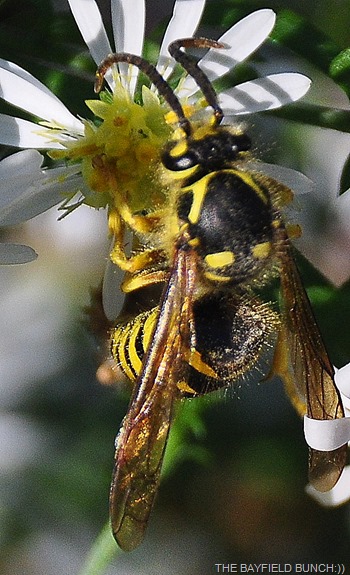 Overall it is the convenience of this lens I like best.  Maybe not the superb quality of a Nikkor lens equivalent but it’s plenty good enough for what I do which is simply taking photos for my blog.  Not being a professional photographer & not trying to make a living, market, or sell any of my photos I do not have to spend a thousand dollars on a lens.  And would you believe I don’t even have one single photo of my own hanging on a wall anywhere.   Now with the new lens on my D90 I have switched cameras around once more.  My D40 has once again gone into retirement while my D3100 takes it’s place on my tripod for some upcoming night photography if I can just get off my can & get myself out the door at night.  I occasionally see some nice night sky shots on the GODERICH SUNSET & LAKE HURON SKIES sites by local fellow photo enthusiasts so am hoping to have a crack at that.  I gotta just quit talking about it & get out there & do it………….10-4:)) 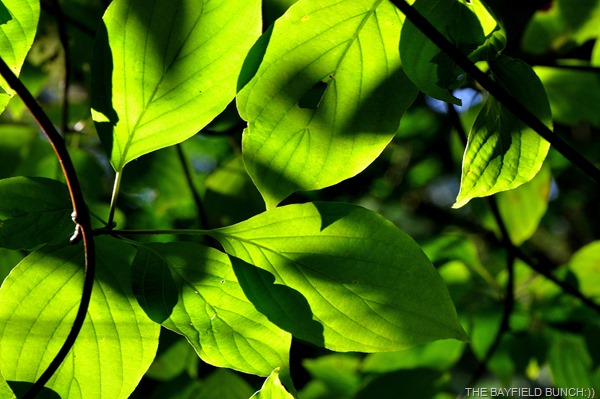 GROANER’S CORNER:(( A stockbroker received notice from the IRS that he was being audited. He showed up at the appointed time and place with all his financial records, then sat for what seemed like hours as the accountant pored over them.  Finally the IRS agent looked up and commented, "You must have been a tremendous fan of Sir Arthur Conan Doyle."  "Why would you say that?" replied the broker.  "Because you've made more brilliant deductions on your last three returns than Sherlock Holmes made in his entire career."