JUST A BIT OF REMINISCING ABOUT OUR RV LIFESTYLE TONIGHT 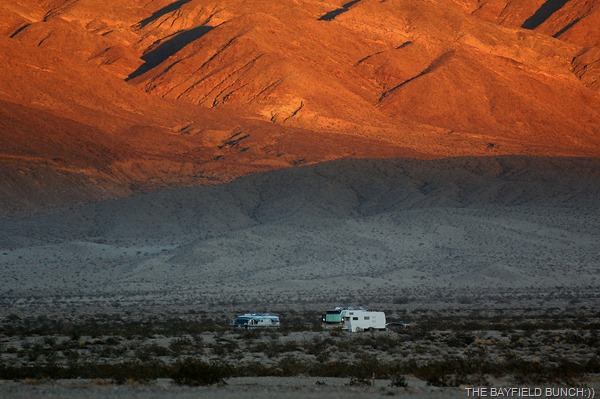 HAD MY MIND ON THE SOUTHWEST AGAIN TONIGHT…..THIS IS THE CLARK DRY LAKE BED LAST DECEMBER NEAR BORREGO SPRINGS CALIFORNIA

Despite sleeping with my fingers crossed for sunny skies Wednesday morning it was not to be as we awoke to cloudy skies & the sound of rain on our roof.  Knew it was going to be a challenge coming up with something productive to do for the day but also knew sitting around the house for a 2nd day was not a preferred option.  Decided to concentrate my efforts on straightening up our car port's storage area & re-organizing some Motorhome bins between rain showers.  With Libby in the carport out of the rain it was also a good time to vacuum out the latest collection of muffin crumbs & doggie fur.  Alas all that took only an hour or so & with increasing rains I was stuck back in the house again:((  But not to worry I'm not going to complain about it.  Sunny days ahead Friday they say:)) 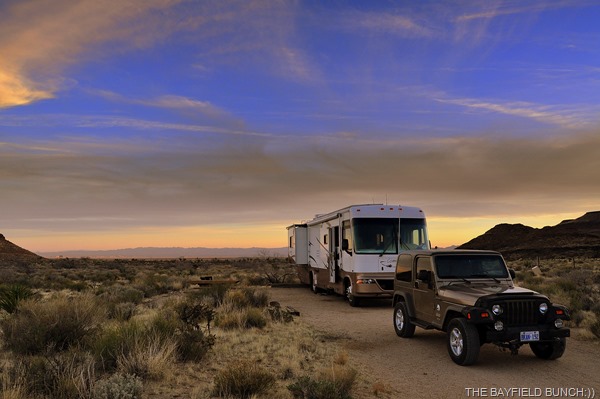 Now that we have made some changes to the interior of our Motorhome I find myself just going out & sitting in it, looking around & asking myself the question, 'now why in the heck didn't we do this last year".  I'm thinking it may have been due to the fact we were hesitant to make any changes to the interior of our rig this time.  We did that with our Damon Challenger Motorhome back in 08 by replacing it's notoriously uncomfortable furniture with some Ikea stuff.  We even painted the interior a warm southwest color we liked.  All well & good for us but when it came time to trade our Damon in on a smaller RV in Quartzsite Arizona back in 2013 the RV dealer wouldn't touch our coach with a 10 foot pole.  His words to us went something like this, how in the hell would I ever sell that!!  He said when prospective buyers step into an RV they want to see it looking like the day it came out of the factory with all furniture & furnishing matching perfectly.  Especially newbies who are unfamiliar with the uncomfortable couches & tub chairs etc.  It's all about the ‘WOW’ factor when you step in the door.  We did finally sell the Damon on our own though & as it turns out we sold it to a nice lady near Phoenix Arizona who was in fact a reader of my blog at the time.  So no we will not be painting the Big EEE's interior & instead of selling the furniture we took out like we did with the Damon we have kept the tub chair & kitchen set to easily re-install if we should decide to sell it one day.  Lesson learned. 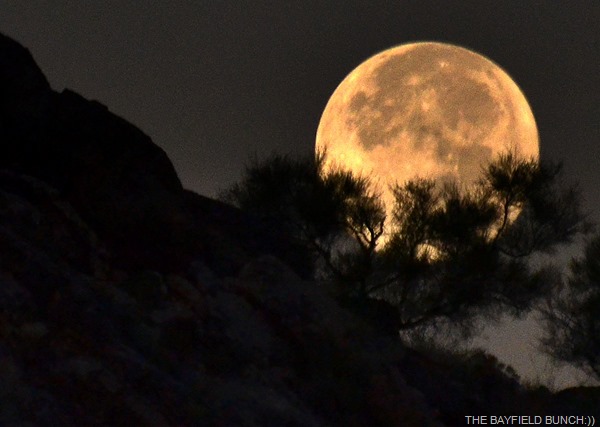 PHOTO TAKEN OF THE SETTING MOON FROM OUR BACK YARD IN CONGRESS ARIZONA…..NOVEMBER 2014 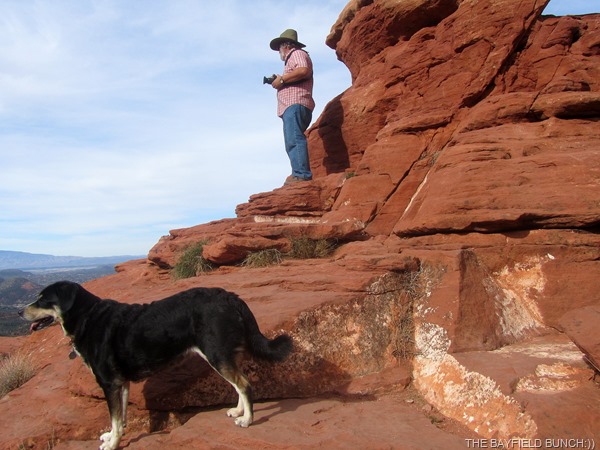 With just a few years of ‘winter’s only’ in the Southwest we soon became enamoured with the lifestyle & by 08 we came close to selling our house to become full time RV’ers.  I was more for the idea than Kelly & with the big financial melt down that year we decided to stay just where we were & stick with our Snow Bird lifestyle.  It's an unknown how we would have made out as full timers but I think we probably would have been just fine & readily adapted to the lifestyle.  Well at least for awhile anyway.  What we do know is that we are quite happy with the way things turned out the way they have for us.  No complaints. 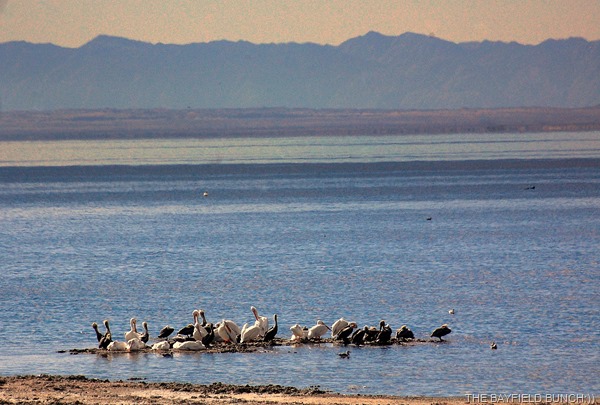 EAST SIDE OF CALIFORNIA’S SALTON SEA…..DECEMBER 2014

We still feel our decision to buy a small ranch type house on an acre of land in Congress Arizona was a good decision that came at just the right time.  Our downsizing to a small Class C RV after that was not one of our better decisions & a second slightly bigger Class C after that brings an old saying to mind, 'two wrongs don't make a right'.  Nothing really wrong with either of those Class C's & they were both actually very nice rigs but they did not turn out to be the type of vehicle we thought we needed.  Despite some problems we've had with our current Class A 2003 Triple E Commander Motorhome we still think it's a quality coach which we really like but it's still too early to tell if it was a right decision for us to buy it a little over a year ago.  Only time will give us that answer.

So all & all even with our ups & downs I think we are still in a reasonably good place despite the fact having a house in Canada & another one in the U.S. + owning an RV has over the years stretched us a bit thin.  We will continue to travel south for the winter's for as long as we can before having to move on to a few more of life’s major lifestyle decisions.  And we all know we eventually reach the end of the road one day.  One way or another…………….. 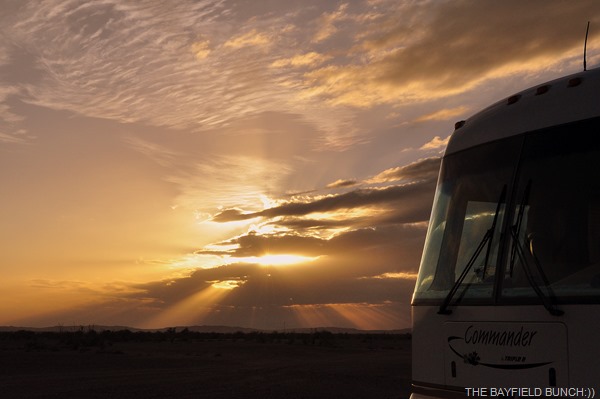 SOMEWHERE IN THE GREAT AMERICAN SOUTHWEST

GROANER'S CORNER:(( Finally, the good-natured boss was compelled to call Smith into his office.  "It has not escaped my attention," he pointed out, "that every time there's a home game at the stadium, you have to take your aunt to the doctor."  "You know you're right, sir," exclaimed Smith. "I didn't realize it. You don't suppose she's faking it, do you?"