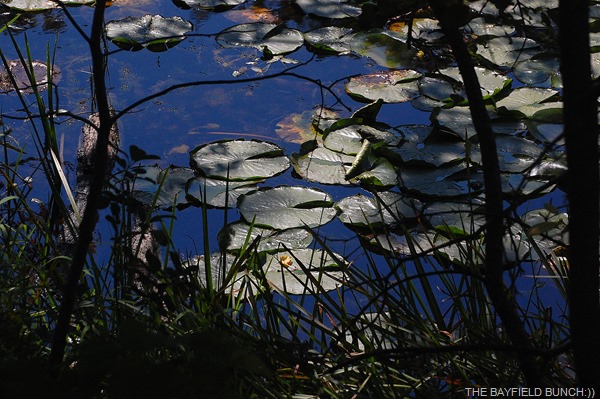 Our morning sky dawned bright & clear but the air was already muggy at 9 a.m.  Even Pheebs didn't want to go for a morning walk with Kelly so I took her for a little Jeep ride with all the windows down.  We picked up our usual 'to go' in Clinton & headed a short distance to Huron County's Hullett Marsh.  Thought maybe we could try a short walk if the bugs weren't too bad.  Couldn't believe the heat & heavy humidity in the air when we got out of the Jeep.  Amazingly enough there were no Mosquitos but the triangular shaped Deer flies were soon after us.  A few hurried photos & it was back in the Jeep with windows up & air conditioning on.  Criss-crossed a few country roads & we were home again about an hour & half after we left.  Just tooooo hot to be comfortable doing anything outside.  Although a nice looking day we spent it inside with our A/C cranked comfortably wearing sweaters, mitts, & winter hats.  Unfortunately our 10 day weather forecast is calling for more of the same.  Nuts!!!! 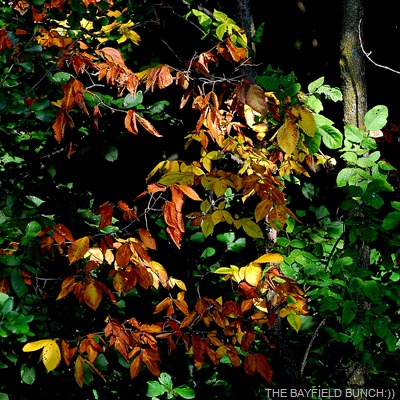 I flew down to Borrego Springs California Friday night in my Google Earth plane & landed on the road just south of Christmas Circle.  Hopped in my 'Street View' Google car & took me for a drive around that big wonderful circle of green grass then up main street stopping at Los Jilbertos which is my favorite little eatery in the Springs.  Looked like they were closed so no burger & fries for me this time.  I'll just have to wait a few months until we walk through Jilbertos door in person again.  Of all the places we have traveled Borrego Springs is one of my favs.  Each year I always look forward to going there.  Sooooo many great memories for us in that area over the past 8 years.  It was December of 08 when we first heard of, then drove to Borrego Springs from Slab City.  We had been at the Slabs having a solar system installed in our Class A Damon Challenger & totally had no idea where we were going next until we talked to another RV'er who suggested Borrego Springs over on the west side of the Salton Sea.  We have been to Borrego Springs every winter since being drawn back there over & over by it’s charming quaint appeal.   So many things to do, so many things to see in that whole area.  And the scenery, the desert sunrises & sunsets are just beautiful.  No big cities nearby so the dark night sky just goes on forever.  Well there ya go, now I've got myself scratching away at my hitch-itch on the early side & it's still a couple months before we even get out of Canada.  Guess I should have just left my Google Earth plane parked on the runway........................... 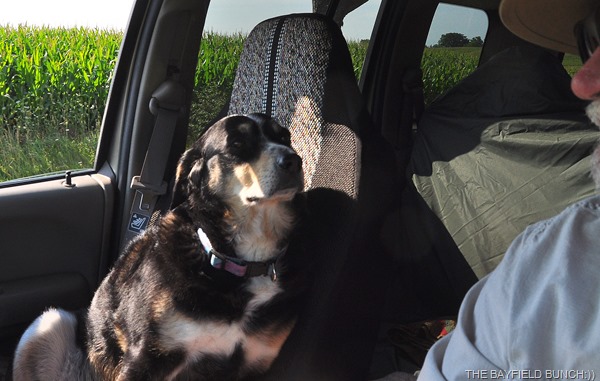 I did finally get up enough courage today to broach the subject of our ‘time of departure’ for the South-west this Fall.  We always seem to have a little tussle every year about departure times.  I always want to get rolling sooner than later while Kelly prefers to get rolling later rather than sooner.  Same thing happens every year.  She has her reasons for later & I have my reasons for sooner.  But at least we are in total agreement about one thing & that is none of this waiting until after Christmas stuff.  Every year we hear of fellow RV’ers fighting their way through bad winter weather, snow storms, icy roads, high winds & rain.  November is a seasonal change month like March & weather can turn on a dime in these parts so I always like to be out of here well before there is any chance at all of those early winter driving  hazards.  Our normal time for heading south generally centers around whatever Saturday comes closest to October 21rst.  This year we have a Saturday on the 24th & another one on the 31rst.  Of course you know which Saturday I would pick.  And I know Kelly would prefer to leave sometime in mid to late November.  Brrrrrrrr!!  Haven’t decided on our route yet but I have a feeling we may just decide to head straight for Congress Arizona.  Of course that could very well change once we get our RV travel heads back on straight.  I like when that happens & I’m hoping we can get those heads back on sooner than later:)) 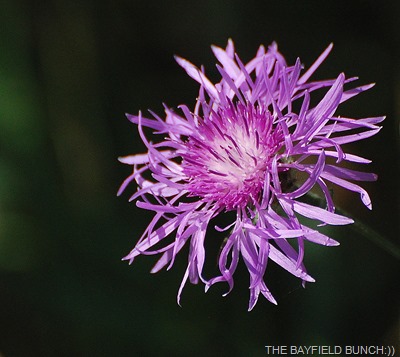 GROANER’S CORNER:((  A minister was asked to dinner by one of his parishioners who he knew as being an unkempt housekeeper. When he sat down at the table, he noticed that the dishes were the dirtiest that he had ever seen in his life.  "Were these dishes ever washed?" he asked his hostess, running his fingers over the grit and grime.  She replied, "They're as clean as soap and water could get them".  He felt a bit apprehensive, but blessed the food anyway and started eating. It was really delicious and he said so, despite the dirty dishes.  When dinner was over, the hostess took the dishes outside and shouted, "Here Soap! Here Water!"