BOY OH BOY DID OUR DRIVEWAY EVER SMELL GOOD THIS MORNING 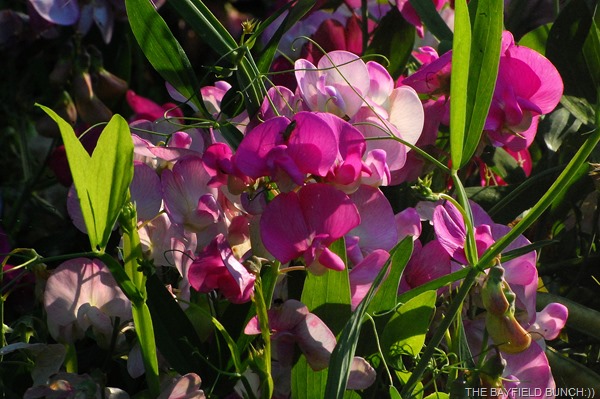 Washing the Jeep in our driveway this morning I became aware of the nicest of smells.  Seemed to me someone somewhere baking something very scrumptious nearby.  Dare I head into the house in anticipation those fresh baking smells might be wafting out of Kelly’s oven.  Well in I went & sure enough there on the counter sat a baking tin with a dozen freshly baked bran muffins right out of our very own oven itself.  Can't remember ever eating more than one muffin at a time but I wasn't long in wolfing down two of the 'best ever' bran muffins I've ever tasted.  And bran isn't even my most favortist. 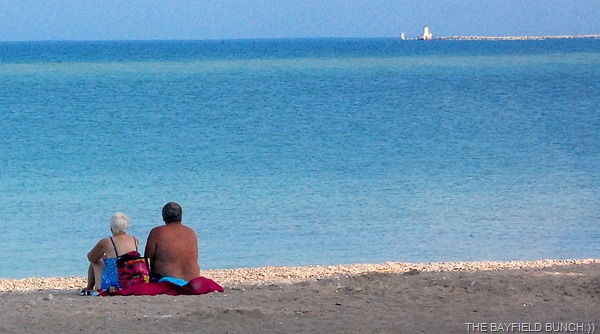 It was the noisy clatter of heavy rain on our metal roof that roused me out of a deep sleep around 5 a.m.  A much anticipated cold front had finally arrived blowing out our hot & humid weather.  Well at least for awhile anyway & with that cooler air this morning I was energized not only to wash the Jeep but to wax a large section of the Big EEE's front end.  Fired up the genny for a bit & cleaned some bin doors on the rig as well. 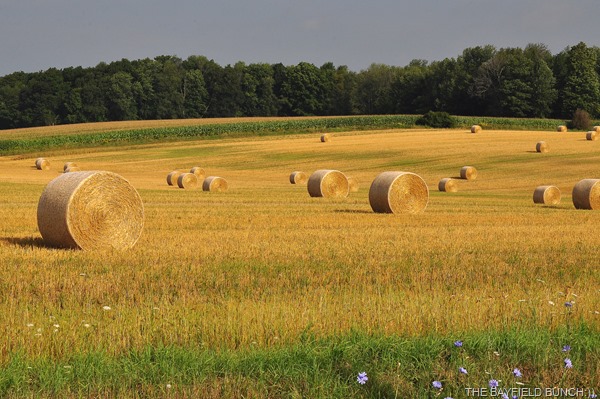 Nice to feel some travel urges beginning to stir.  Been tossing around some ideas on how to make the rig's interior more comfortable.  It's all very nice of course but as most RV'ers know the furniture that comes standard with many RV's is definitely not always the best practical furniture for one's maximum comfort. 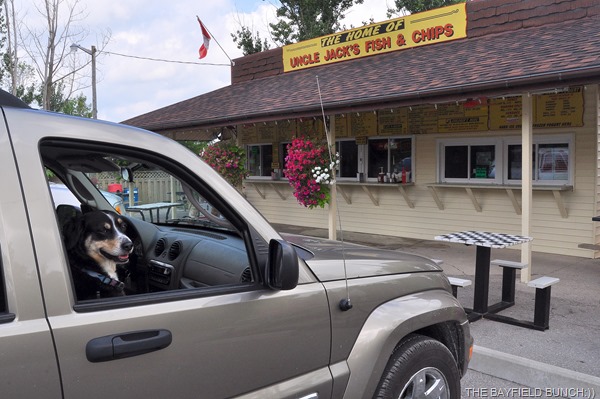 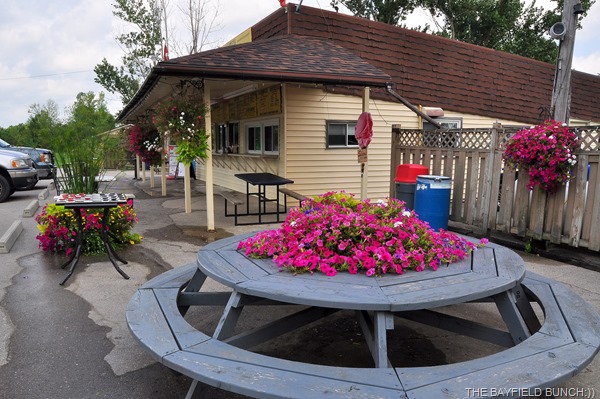 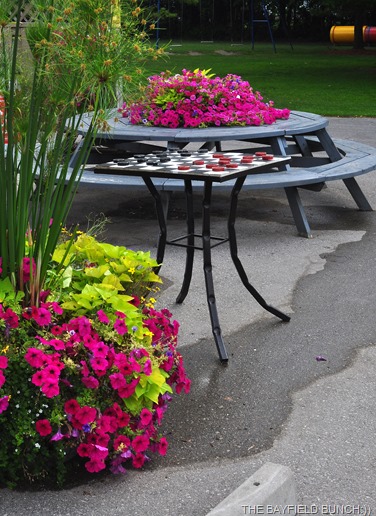 Talked over some travel plans Wednesday regarding our route to the South-west in a couple months.  First thoughts a few months ago were to head straight to Congress from Bayfield.  We're now looking at a couple options.  Due to problems with our rig & Kelly's health last year we had to cut our trip short mid way & fast tracked our way to Arizona from southern Saskatchewan.  A brief stop in Custer South Dakota to see Mount Rushmore & we were back on the road heading quickly south again.  We said at the time maybe this year we could return to South Dakota via the U.S. route & take in additional highlights around Custer missed last year.  We had also planned to take in Utah's Capital Reef National Park a year ago as well but had to by-pass that too.  We may put Capital Reef back into this year's travel plans.  Just some early thoughts at the moment & as readers know our travel plans have a habit of changing even as we're rolling down the road.  Sometimes we don't know where we're going until after we have actually ended up somewhere. AND A FEW MORE BARNS FOR MY COLLECTION 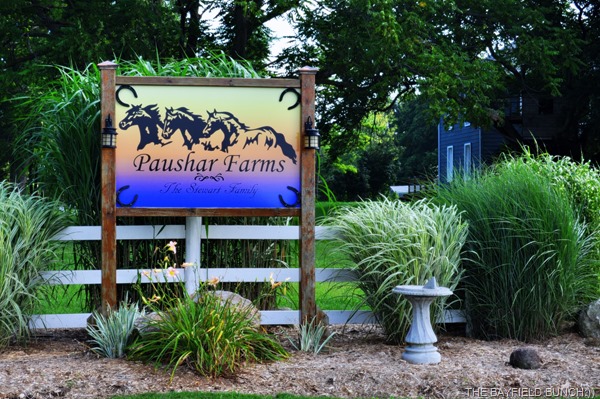 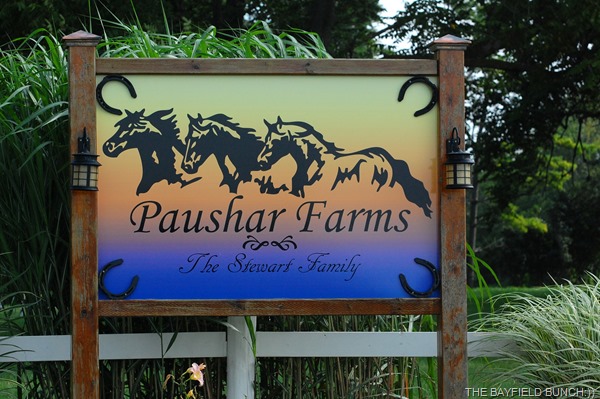 Haven't had any dizziness for 5 or 6 days now & bending over has not been a problem.  Have not had a feeling of wooziness either.  Been taking things slow & am still comfortably sleeping in my recliner.  I actually get a much better sleep in my recliner than my bed.  No rolling around.  Have not tried laying down flat yet & am in no hurry to do so until I feel comfortable enough to do so. 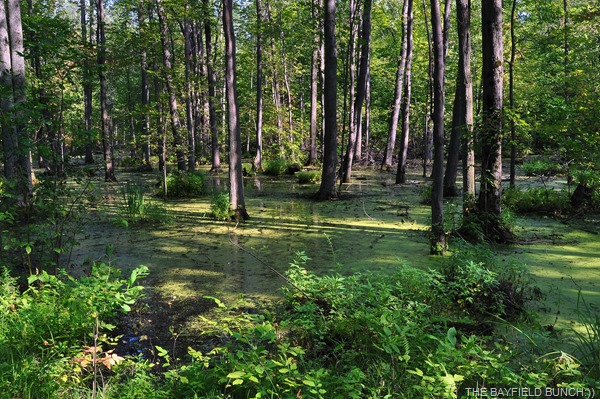 SOME OF OUR COUNTRY ROADS CUT RIGHT THROUGH PICTURESQUE SWAMPS 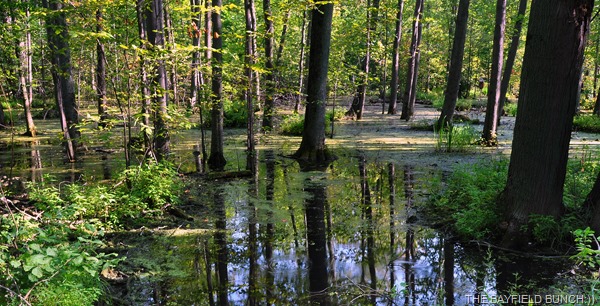 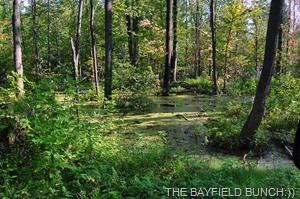 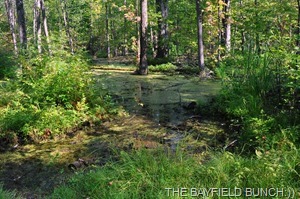 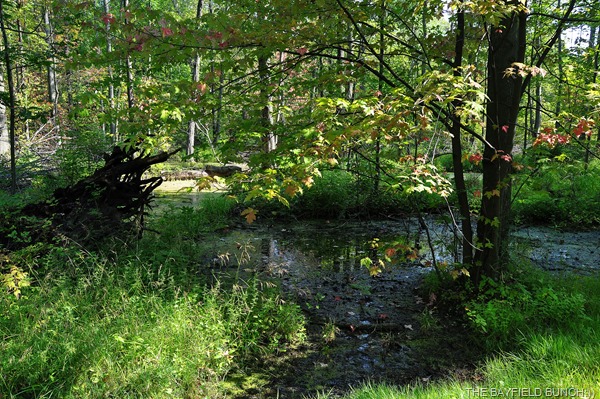 Had to slip into Clinton this morning with a slow leak in the Jeeps driver side rear tire.  Didn’t take Pheebs because I had no idea how long I’d be waiting.  Turns out they took me right in.  Nothing serious but it still relieved us of another twenty five dollar bill.  We thought there were 4 new tires on the Jeep when we bought it back in the Spring but the tire guys said only the 2 front tires were new.  Said the passenger side rear needed replacing.  Said it would be $215+tax for a tire.  I picked myself up off the floor & slunk off home. 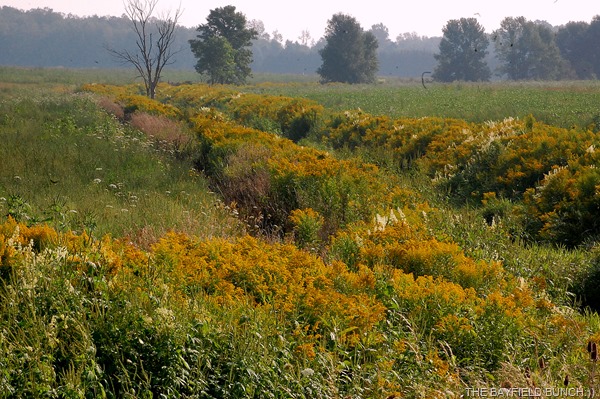 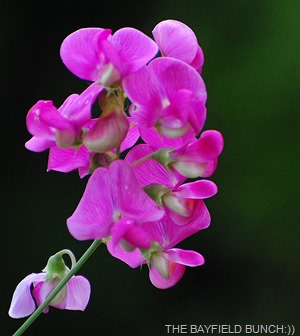 Have noticed for awhile now a problem with our sidebar's 'Blog Followers/Friend Connect list.  We have had about a half dozen new Followers over the past few months but every time I click on one of the them all the thumbnail pictures disappear.  That is why I haven't welcomed each & every one to our site like I have been in the habit of doing over the years.  I generally like to add each persons link in my welcome.  However this no longer seems to work but despite that I would like to welcome Sondra, Larry, Manoel, Havanadan, Deb, Hong Long, Budhi & Cyndi.  Thanks for dropping by folks. 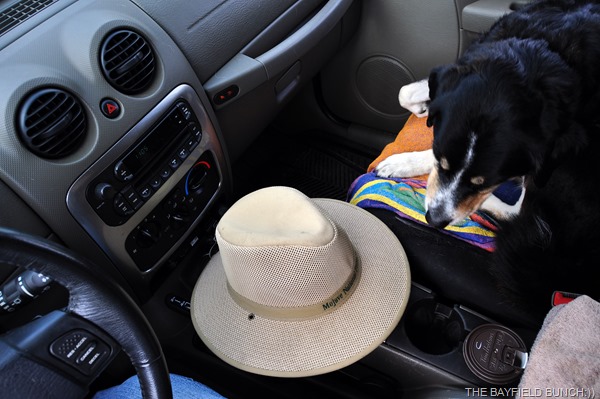 Long time readers know every once in a long while I generally go though a short writing slump.  Sometimes a day, occasionally two & maybe once or twice over the years a 3 day slump although I don't recall a 3 day slump since becoming a daily Blogger a number of years ago.  Every once & awhile my interest temporarily slips & my mind goes blank.  In case anyone was wondering I do enjoy writing & taking photos every day & have no plans of giving my hobby up any time soon.  As long as there are readers I'm hoping there will always be a writer & vice versa:)) 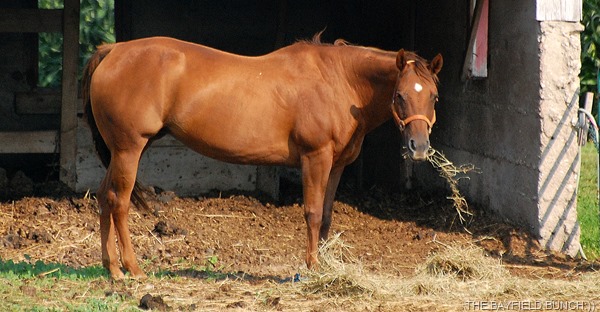 GROANER'S CORNER:(( While working at a pizza parlor I observed a man ordering a small pizza to go. He appeared to be alone and the cook asked him if he would like it cut into 4 pieces or 6 pieces.  He thought about it for some time before responding. "Just cut it into 4 pieces; I don't think I'm hungry enough to eat 6 pieces."

I was on vacation, playing the slot machines. It was my first time in a casino, and I wasn't sure how the machines operated.  "Excuse me," I said to a casino employee. "How does this work?"  The worker showed me how to insert a bill, hit the spin button, and operate the release handle.  "And where does the money come out?" I asked.  He smiled and motioned to a far wall before saying, "Usually at the ATM."