BOOKS: I ALWAYS SEEM TO BECOME PART OF THE STORY 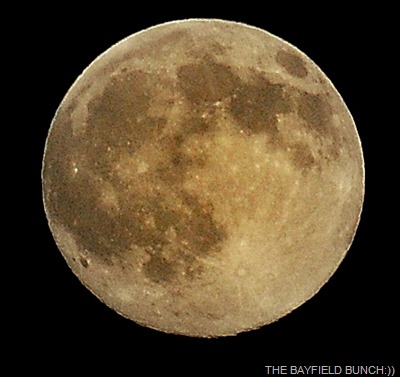 A pleasantly cooler 63F first thing this morning so that energized me to take care of some yard maintenance.  Always things to weed & trim this time of year & with the wettest June on record everything has really grown this summer.  Liking Sumac trees I planted half a dozen of them around our property years ago & being an underground traveling root system they keep popping up all over the place now.  Fortunately they are easy to control with our weed whacker or a snip of my clippers.  Washed the Jeep this morning as well.  Maybe Sunday Pheebs & will go out & get it dusty & dirty all over again.

A MOSH OF LEFT OVER PHOTOS TONIGHT

THIS IS WHAT A LAZY AFTERNOON AT OUR HOUSE LOOKS LIKE 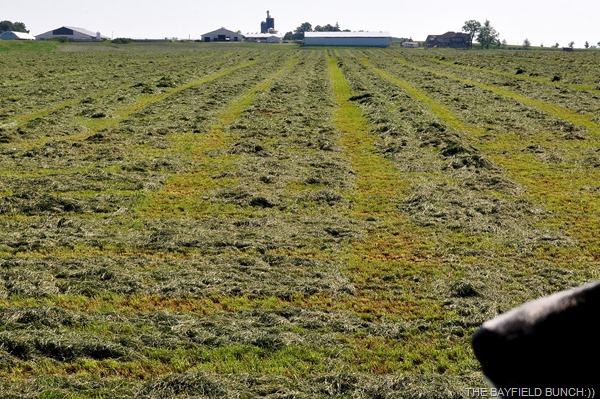 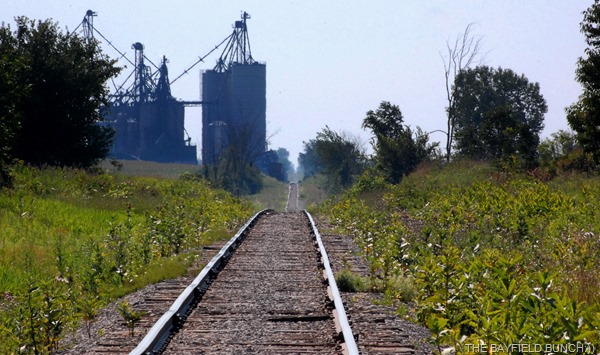 Had an 'A-Ha' moment with our push lawn mower Friday.  When I had a hard time pushing it through our thick new sod grass I figured it needed sharpening.  Well yes a sharpening would no doubt help but my 'A-Ha' moment came when I realized the mowers cutting blades were too low to the ground & sure enough when I looked closely at the mower I saw 2 large wing nuts on each side of the wheels easily adjustable to raise the cutting blades.  Made the adjustment & 'walla' I was easily able to cut the grass without straining or gouging the sod.  Bonus:))

ANOTHER BARN FOR MY GROWING BARN COLLECTION…WEST OF AUBURN ONTARIO 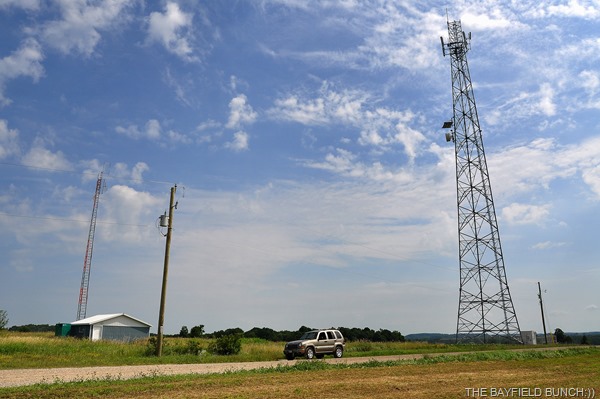 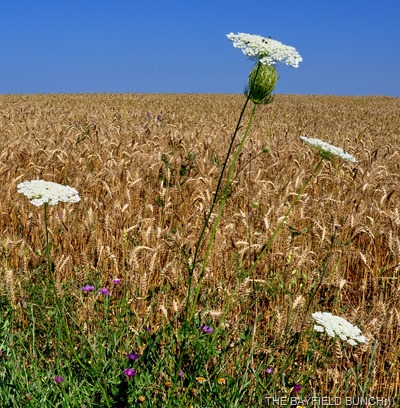 I remember back years ago when in the heyday of my reading books would often become my best companions.  Didn't seem like there was anything better than getting oneself fully immersed in an interesting story anxiously hurrying from one page & chapter to the next always in great anticipation of what lay just beyond where you were reading.  Often times the further I traveled into a book the better the journey became.  Characters turned into friends, towns & cities became destinations while deserts, mountains, forests, & lakes became dreams.  Hours drained away, eyes strained, & what ever was bothering me in my real life world seemed far away as I turned & swirled dancing my excited way across & through the pages into the world of real imagination.  I became as one with the story.  I was there & I was seeing what those printed words were telling me.  I was connected to the source of those words & my mind's eye saw what was intended while my heart felt what was sometimes left unsaid.  Having always had a vivid imagination it was books which gave that imagination wings & allowed me to soar.  With the closing chapter & final words of each book I felt I had just been on a long wondrous journey with a best friend & closing the book was always akin to a somewhat sorrowed & reluctant goodbye.  Oh how sad it was one day when having to move I made the decision to give my collection of best friends, hopes, & dreams away.  Only solace left to me was in the thought that perhaps those fanciful friends, buddies, & chums who had taken me along on such rapturous journeys over the years could now go on to bring others that same enjoyment, lift their spirits, & allow their imaginations to soar just as mine had……………………

On my Kindle I am at present halfway through an interesting, educational, & factually enlightening book called The Murrow Boys which basically centers around famed CBS foreign war correspondent Edward R Murrow before, during, & after World War 2. 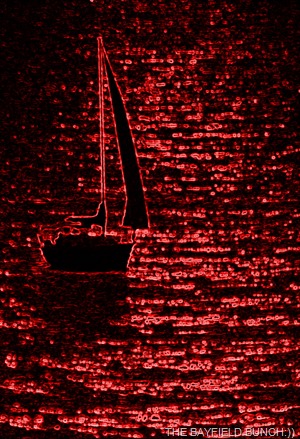 Ok so it's been well over 24 hours now using Windows 10 & are we still OK with it??  Short answer is yes.  Aside from a few cosmetic changes & a little different way of doing a few things it is still basically Windows 7.  Looks to me like they took Win 7 & simply improved on it calling the upgrades & improvements Window 10.  I’m sure there is much more to it but for me at this level I’m content where I am with a tinge of excitement to learning more as I go along. It  still comfortably feels for all intents & purposes like Win 7 though.  Should be a reasonably easy transition for Win 7 people as long as there are no glitches in the transition process.  Two thumbs up for Windows 10 so far with one exception & that seems to be between Windows 10, Picasa, & 2 of my Nikon cameras all of a sudden.  I can work around 2 separate problems in 2 separate cameras but it's just not as convenient anymore.  I'm hoping the problems will resolve themselves.  Oh & we have been having a few ‘copy & paste’ issues as well.  Has been some concern for folks like RV'ers on limited bandwidth about Win 10's automatic updates chewing up a lot of their precious Gigabytes, us included.  If you go to this fellows site he explains how to turn off the automatic updates feature in Windows 10 & it looks like you might want to do that.  LINK  Also probably a good idea to keep an eye on this guys helpful site as he keeps up with & explains things about technical issues regarding computers & techie stuff related to computers..

GROANER'S CORNER:(( The CIA loses track of one of its operatives, and so calls in one of their top spy hunters.  The CIA boss says, "All I can tell you is that his name is Murphy and that he's somewhere in Ireland. If you think you've located him, tell him the code words, 'The weather forecast calls for mist in the morning.' If it's really him, he'll answer, 'Yes, and for mist at noon as well.'"  So the spy hunter goes to Ireland and stops in a bar in one of the small towns. He says to the bartender, "Maybe you can help me. I'm looking for a guy named Murphy."  The bartender replies, "You're going to have to be more specific because, around here, there are lots of guys named Murphy. There's Murphy the Baker, who runs the pastry shop on the next block. There's Murphy the Banker, who's president of our local savings bank. There's Murphy the Blacksmith, who works at the stables. And, as a matter of fact, my name is Murphy, too."  Hearing this, the spy hunter figures he might as well try the code words on bartender, so he says, "The weather forecast calls for mist in the morning."  The bartender replies, "Oh, you're looking for Murphy the Spy. He lives right down the street there in the green house."