REMEMBERING A MEMORABLE MOMENT IN MY 70+ YEARS ON THE PLANET

Knowing the day was going to be excessively hot & humid Pheebs & I figured we had better get in a little road time before the heat became too oppressive.  Headed over to the Hullett-Marsh for a short walk & even before 9 a.m. the heavier air was loaded with biting insects.  With no breeze not even the areas big wind turbine blades were moving.  We were soon back in the Jeep & with all windows down enjoyed again the fresh smells of new mown hay wafting through the country air here & there as a few area farmers busied themselves cutting hay.

LIKED ALL THE HOLLYHOCKS ON THIS FARM
Wednesday July 29th marks the day Microsoft's long awaited Windows 10 will begin appearing on countless thousands of computers around the world & I as well as millions of other people are anxious to see if Win 10 lives up to it's advanced hype.  All indications seem to point favourably in a positive direction so we will all see how it goes over the next few days.  We are currently running Win 7 but I think it is all the people who have been stuck with Windows 8 for so long who are probably going to be the happiest folks to see the arrival of Windows 10.  I like change when change is sensibly thought out in a logical & practical way & that is what I will be looking for in Win 10. 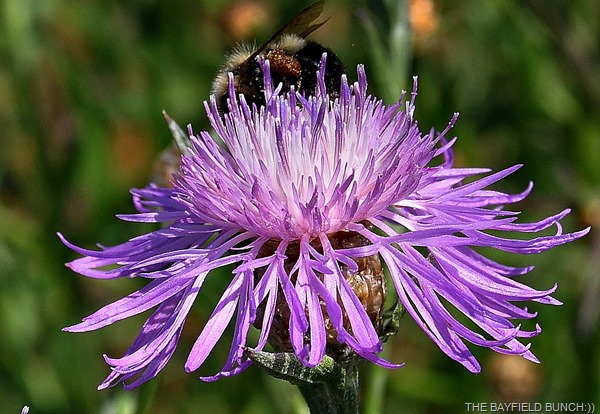 We have had our trouble free Lenova M75e desk top computer now for about 4 years & have not had a single problem with it.  Runs perfect every day we turn it on but we are finally running out of Gigabytes so Wednesday morning our desk top goes in to have a larger hard drive installed so fingers crossed all goes off without a hitch.  Hopefully have it back late afternoon.  Sometime in October before heading south I plan on having a larger hard drive installed in my trouble free 5 year old Toshiba Satellite lap top as well.  When home in Bayfield for the summer I use our Lenova desk top to download all my photos but during the winter months in the South-west it is my Toshiba I use for all my photos.

Wasn’t until tonight I read RV Sue’s post from a couple days ago entitled, Tragedy strikes a friend of this blog.  Kelly told me about it at the time but I just couldn’t bring myself to read it right away.  When it comes to animals dying I am very sensitive to that.  I am also one of those people who has to change the TV channel if a sad animal story is coming up next on the news & also have to change channels when those commercials concerning animal abuse appear.  I don’t know why I’m like that but I just am & when Kelly told me a friend of Sue’s dog had been killed by a mountain lion I just didn’t want to go there a couple days ago & read about it.  I know that isn’t the best way to handle things but it is one of those areas of my personality that is extremely sensitive.  A tragic end for Timber & a tragic loss for Rusty.  I never met them but I sit here tonight saddened just the same. 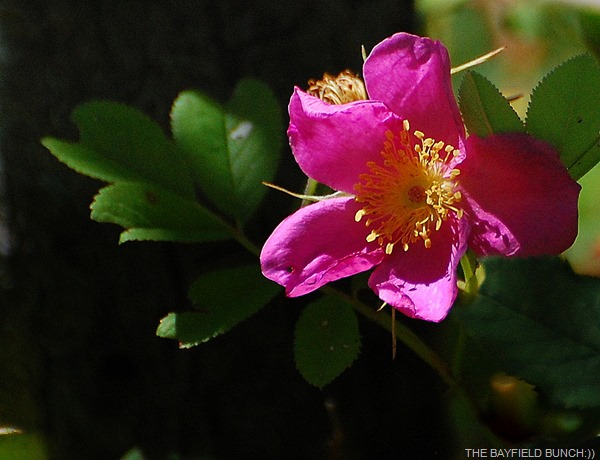 Thinking hard on how to add one more paragraph to my post I thought of a couple pleasant memories over the years that lasted only moments but are still with me.  One occurred in 1966 when in the Canadian Navy I was aboard the destroyer H.M.C.S. Saguenay.  We were somewhere in the North Atlantic off the coast of Nova Scotia.  Just days before the ship had still been tied up in Halifax & it had been tied up for a long time undergoing a minor re-fit.  I had been part of the skeleton crew on board for many boring months.  The Saguenay was now out to sea performing work-ups.  Engine trials, gunnery trials & just an early few days general testing of equipment & crew after a lengthy lay-up.  I remember I was off duty lying in my bunk reading.   My bunk along with a number of other cooks & stewards was located in the aft end of the ship meaning the rear.  We were basically right over top the ships propellers & any change in speed was immediately felt from those churning props.  I became aware we were quickly picking up speed so decided to take a walk up on the aft deck to see what was up.  It was night time as I stepped out & was greeted with a most memorable sight that has always stayed with me.  It was a crystal clear & cool night with stars like I had never seen them before.  They just seemed to stretch in a never ending orb all around the ship with no horizon separating them.  And there right behind the ship rose what we commonly called a rooster tail of water only this time it was different from the times I had seen it in the daylight.  Destroyer’s propellers under full power throw up a plume of water into the air.  The plume & ships long curving wake stretching into the black star filled water had a fluorescent blue glow akin to today’s luminous neon lighting.  This is caused by a bioluminescence, which occurs when a micro-organism in the water is disturbed by oxygen.  I remember just standing there alone that night transfixed by the ethereal beauty unfolding all around me.  It was something I had never seen before & something I have never seen since except in the memory of my own mind’s eye.  Just one of those unforgettable moments in my 70+ years on the Planet.  Tomorrow night I will tell you about a few memorable moments somewhere west of Winnipeg Manitoba on the Trans-Canada highway………………………………………. 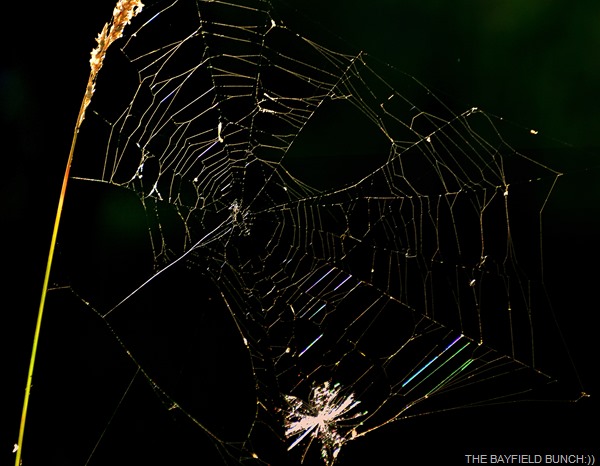 GROANER’S CORNER:(( As an assistant professor, I taught during the day and did research at night. I would usually take a break around eight, however, to play the strategy game Warcraft online with a teammate.  One night I was paired with a veteran of the game who was a master strategist. With him at the helm, our troops crushed one opponent after another, and after six games we were undefeated. Suddenly, my fearless leader informed me his mom wanted him to go to bed.  "How old are you?" I typed.  "Twelve," he replied. "How old are you?"  Feeling my face redden, I answered, "Ten."