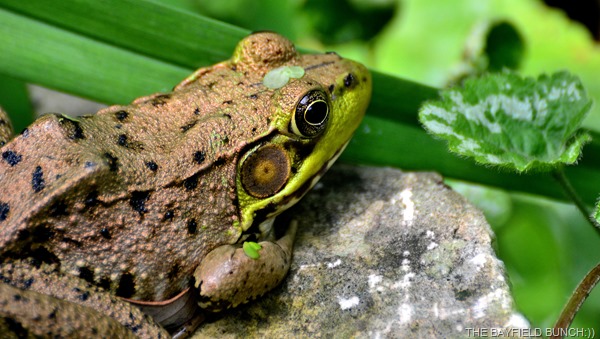 It was coffee morning with my good friend Richard today & we again spent a couple enjoyable hours slowly cruising around area roads with Tim Horton's coffee cups in hand.  Conversation flowed non stop as always & in two weeks we'll do it all over again.  I do look forward to our talks & always have. 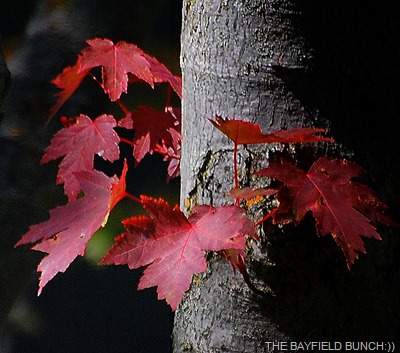 Heat backed off a smidgen today & we had ourselves a welcome breeze.  Long range forecast calls for temps in the mid 70's next week so am very much looking forward to that.  Over the years reader's may have noticed whenever I mention temperatures it is always in Fahrenheit & not Celsius.  Yes we are on the Celsius system here in Canada but I've never really made the switch from the old Fahrenheit way of thinking.  In the long run I don't dispute the fact a metric system is probably a better way of doing things but I have several of my own reasons for sticking with miles vs kilometers, Celsius vs Fahrenheit etc.  First, Google Analytics tells me for every 13,000 page views 10,000 will come from America & 3,000 will come from Canada.  My StatCounter site tells me 76% of people clicking on my site are from the United States while 21% are from Canada.  Simply said, far more Americans click on this site than do Canadians & with 5 to 6 months of our year spent in the United States anyway it just makes sense for me to use the non metric system which I am most comfortable with in my writings anyway.  And there you have it right or wrong:)) 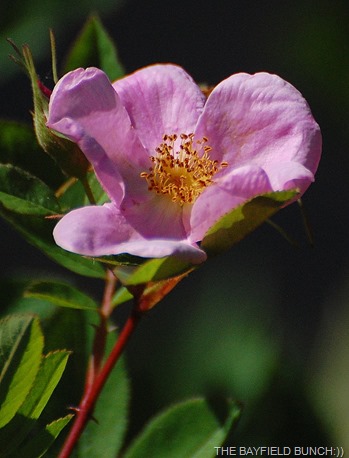 In Wednesday night's post I forgot to include a second memorable moment of which I had mentioned in Tuesday night's post.  For me that memory occurred in the early 70's when I was driving from Kitchener Ontario Canada heading for Vernon British Columbia.  Just me & my VW Beetle that time.  It was night & I was heading west on the Trans Canada highway somewhere on the sunset side of Winnipeg as I recall.  I became aware of a large distant light form on the northern horizon & recognized it right away as something I had seen years before a few times.  AURORA BOREALIS commonly referred to as Northern Lights.  Pulled the bug over to the side of the road & got out for a look.  Not another vehicle on the highway, just me.  Hard to describe in words the beauty of what I saw as those towering shafts of light moved erratically up from the horizon’s entire length high into the clear sky oscillating back & forth in large bands of color.  As I recall there was not a sound while I stood there quietly alone like a mere speck of nothing in the vast expanse of the Universe.   It was the feeling inside that made that experience so special & if I could explain that feeling to you I would.  Just another one of those unforgettable moments which has stayed with me through the years……………………… 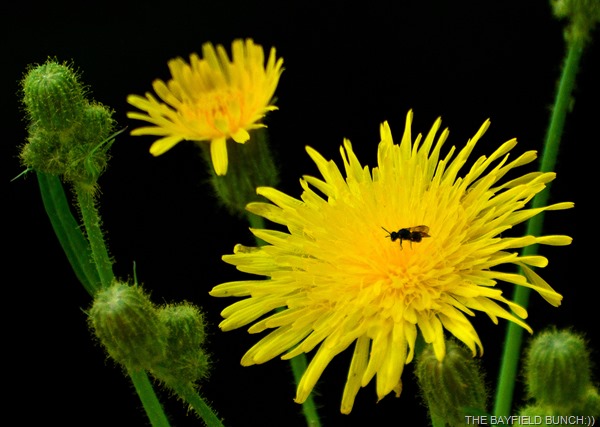 Majority of my day was spent inside again staying out of the heat but for sure Pheebs & I will be out early Friday morning for some refreshing cooler air looking for a few new photos in our increasingly scenic countryside:)) 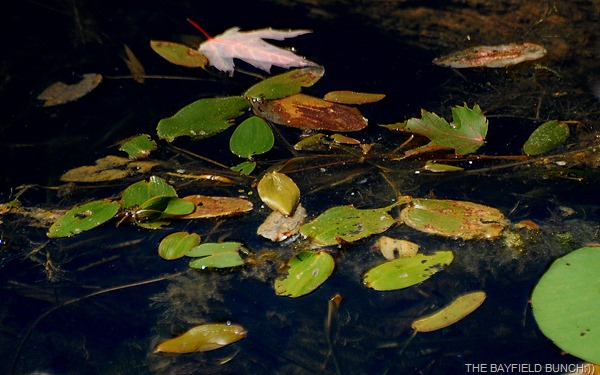 Darrell's son is doing well in battling his way back from a debilitating stroke 3 weeks ago & he is a good example of how a stroke does not necessarily have to be the end of the road for the victim.  Darrell's latest update is here......... Family Emergency (update 3) No sign of Windows 10 on our computer this morning so we will just wait in line with millions of others until it makes it's way to our computer here in little old Bayfield Ontario Canada.  In the meantime we'll keep our eyes open to see how fellow computerites are making out with their downloads & how they are liking the new Microsoft Windows 10. 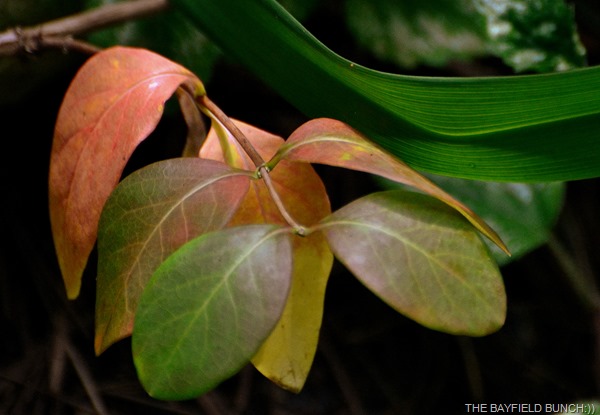 GROANER'S CORNER:(( I was in my car one day listening to a guy on the radio help callers with their home problems. One woman called up hysterical after finding a skunk in her basement. "Leave a trail of bread crumbs or cat food from your basement to your backyard," suggested the show's host. "That'll get rid of it."  An hour later the woman called back, even more upset. "Now I have TWO skunks in my basement!"

A steak fanatic, my father always picks out cuts that include a bone because he loves to nibble on it.  One night Father and I were finishing our dinners at a steakhouse, and I could tell he wanted to start gnawing on the bone. But he couldn't bear to do so in public.
"Excuse me," he said, calling the waitress over, "would you please wrap this bone up for my dog?" He has never owned a dog in his life, but the white lie seemed a tactful solution to his dilemma.  A few minutes later the waitress returned to our table. "Here's your bone sir," she said, handing over a large package. "And while I was in the kitchen, I grabbed a few more out of the scrap bucket."