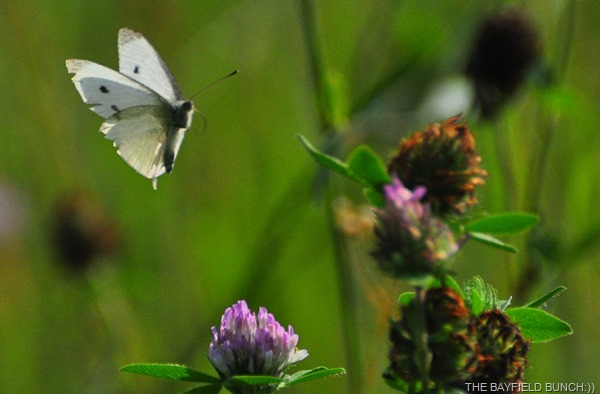 It was Thursday morning, it was 10 a.m. & it was also two weeks to the day & time my good friend Richard & I had last been out on a mobile coffee tour.  My turn to drive this morning & at 10 sharp we rolled out the driveway.  Couple Tim Horton's coffees to go in Clinton & I pointed the Jeep's nose northward.  Richard had never been up through Mennonite/Amish country so we were on a tour.  On the way I showed him the hill I had counted 126 wind turbines from a month ago.  We also drove through that $624,000 property I had in Wednesday night's post.  Also stopped by Lake Wawanosh in the heart of Mennonite/Amish country & I was able to get a distant photo of a Father with his two small children fishing.  We keep our coffee runs down to about 2 hours & we were back in our Park about 12:20.  Another good day, another great conversation & another 2 hours well spent.  As hard as it is for me to believe I am 70 already it is even harder to believe Richard is 80 & it's one of those things we do sometimes talk about & wonder out loud….’how can it be so’. 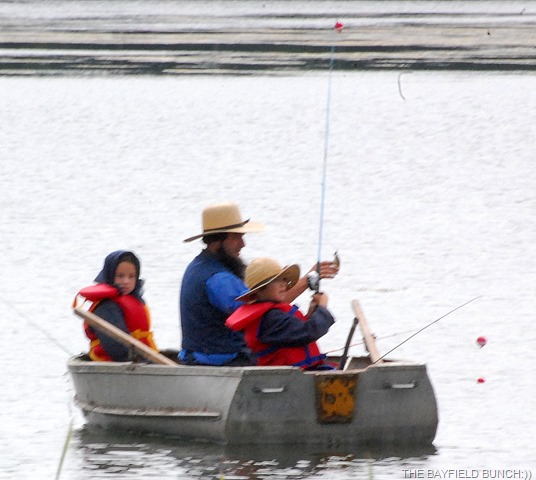 Despite the worst mosquito summer in our Park I can remember I was able to hustle Pheebs & myself around the Pine forest trail.  Even managed to do a little trail maintenance along the way with my trusty clippers.  Obviously my legs are feeling better:))

So what do you suppose could be worse than Bats in the belfry.  Well how about Chipmunks in the ceiling.  And how about being in an RV at the North Rim of the Grand Canyon with basically no way to  get the little Critters out of your rig.  And you know they are inside with you because you can hear them & see the little presents they leave on your kitchen table.  Well it's happened to Gaelyn from GEOGYPSY.  She's having quite a time trying figuring out how to persuade the little Darlins to move out & get on down the trail. 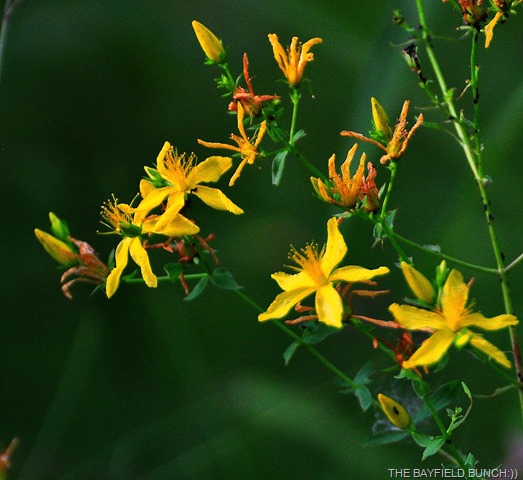 Decided to try again another a barn photo album tonight & here are 21 randomly selected barns from my album which at the moment contains 252 barns.  I am still stumbling around in Flickr trying to organize a complete barn photo album but with so many photos & being new to Flickr it’s kind of like I’m bumbling around in the dark.  Must say I have really got myself confused more than usual this time.

I read on GUMO'S post this morning that fellow RVing Blogger WANDRIN LLOYD has died.  I never met Wandrin Lloyd & I don’t think we followed each other’s blog but in our RV Blogging community here I’ve always felt it’s a bit like family when a fellow traveler is gone.  There is always an element of sadness.  Maybe we don’t all see eye to eye at times here in the RV blogging community but I do feel there is a general feeling of well being linking each & every one of us. 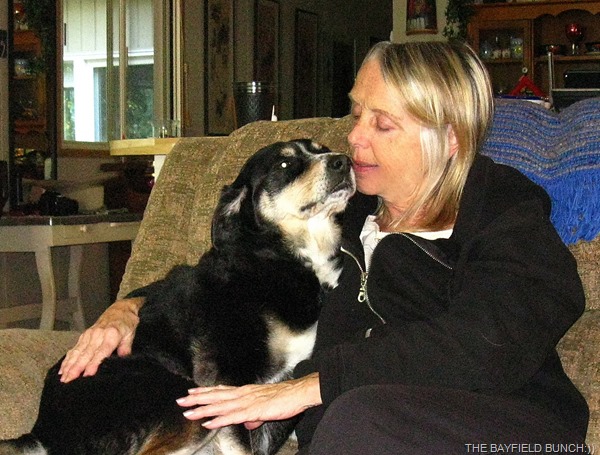 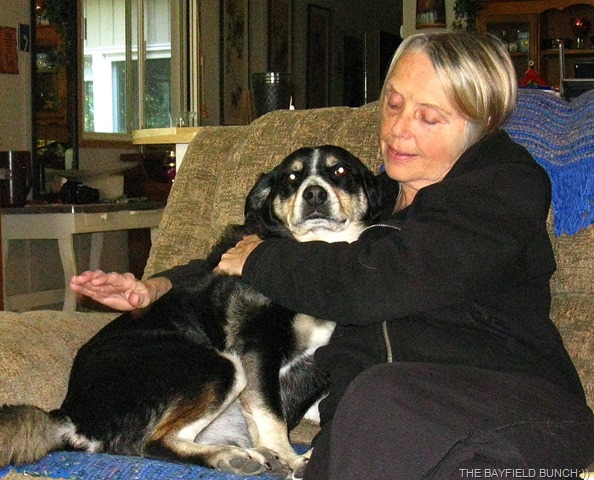 SAW ME SOME DOGGY SNUGGLES GOING ON TODAY

GROANER'S CORNER:((  A teenage girl had been talking on the phone for about half an hour, and then she hung up.  "Wow!" said her father, "That was short. You usually talk for two hours. What happened?"  "Wrong number..." replied the girl.

A teen-aged boy with spiked hair, nose ring and baggy clothes was overheard telling a friend, "I don't really like to dress like this, but it keeps my parents from dragging me around everywhere with them."