CAUGHT IN THE RAIN 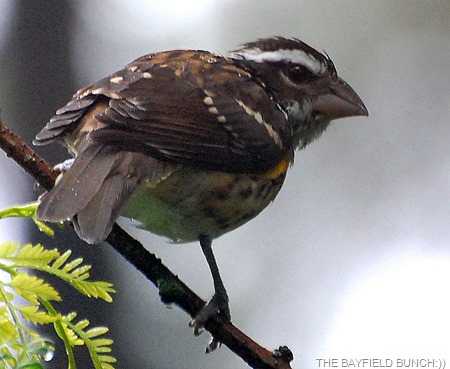 Knew we had a 90% chance of rain today but looking at our computer radar map didn't figure it would get here until maybe noon.  I was soon to find out that rain was moving in faster than I thought.  I was a couple miles southeast of Bayfield heading west when I felt the first few raindrops on my face.  No, I didn't have the Jeep's window down…………I was on my Motorcycle!!  Should have checked that radar map one last time before deciding to take the bike for a spin.  Fortunately I was only about 3 miles from home & the rain was slow & steady.  Not a downpour.  Last time I remembered ever getting caught in rain while on a motorcycle was back in the mid 90's once & that time I was so drenched I could have drowned going down the highway sitting up.  Today not so bad & aside from being a bit damp & having to wipe my glasses off when I got home I considered myself pretty lucky.  The heavy rains came later. 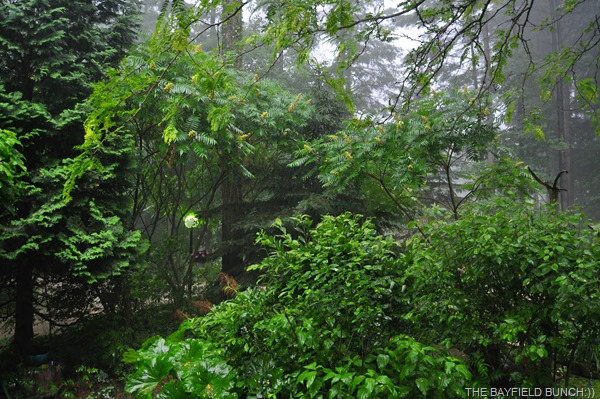 Live Writer's album feature is OK up to a point but it doesn't really have the control features I would like.  I find the slide show option too herky jerky as it rapidly & abruptly changes from one photo to the next.  I also have no control as to the placement of photos in the album & the first time I get to see how the album has come together is after I publish the blog.  By then it's too late for me to make any changes & if I do want to make any changes I have to remove the album from my post & start all over again.  Now maybe I'm missing an editing feature or something somewhere so if anyone knows I'd appreciate them letting me know. 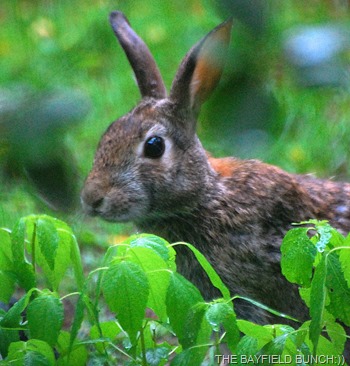 Decided today I would try my luck at setting up a new Flickr photo program account.  I'm still trying to find a better way of putting some photo albums together & I just haven't been able to wrap my head around this whole Google way of doing things.  I need to have control over how photos are placed in the album etc.  Flicker gives me 1000 GB's of free space & it did upload somewhere over 15,700 photos but I do know I have way more than that.....somewhere.  Figuring out how to use this Flickr program is not coming easy for me & had it not been for Kelly to the rescue I think our desktop computer would have ended up out on the front lawn half a dozen times this afternoon.  Of course it's not the program that is the problem it’s my own mind's total lack of patience that gives me the grief.   I don't know how or when it happened but I sure have turned into an 'Oscar Leroy' type character.  Oscar’s the cranky old guy with the green baseball cap in my favorite half hour television situation comedy of all times…………………..'CORNER GAS'. 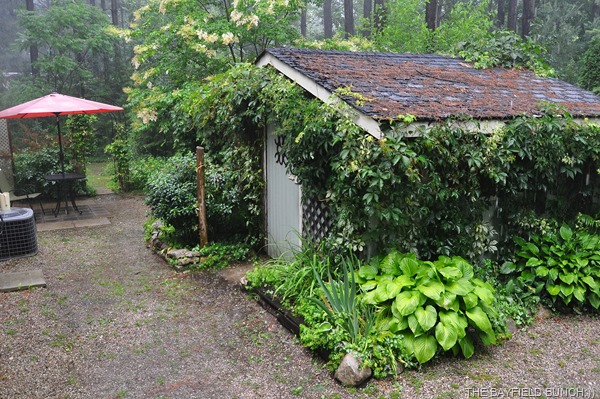 Finished my Bill Bryson book 'A WALK IN THE WOODS' a few days ago.  It was OK & Bryson's writing wit had me chuckling earlier on in the book when he & another fellow started out hiking along the southern end of the Appalachian Trail.  On my Kindle I am now reading 'THE MURROW BOYS'.  This book is about a small group of CBS broadcast journalists who while in Europe worked at the network with Edward R. Murrow through the years before and during World War II. 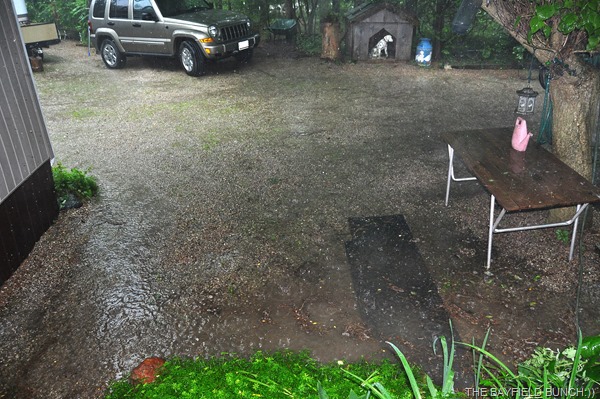 MINIATURE LAKE IN OUR DRIVEWAY

With heavy rains at times this afternoon we remained pretty much housebound.  A good opportunity to catch up on a bit of reading, some frustrating computer stuff, a couple TV documentaries, & a few zzzzzzz's in my recliner.  Looking forward to sunshine & cooler temperatures Wednesday. 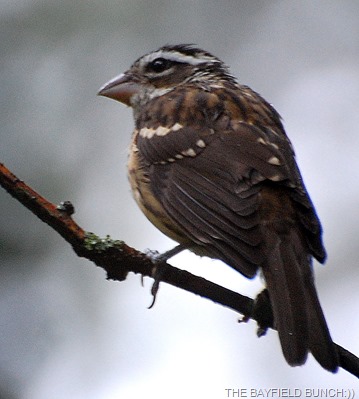 GROANER'S CORNER:(( I was teaching my First Grade class to tell time using a conventional-style analog clock.  "We'll be learning about the hour hand and the minute hand," I explained.  One of the students interrupted and said, "I don't need to learn on that kind of clock. My dad bought me this digital watch, and right now it's ten minutes to 38."

My mom got mad at my dad the other day so she went shopping to relieve her irritation. When she returned home she informed him that she had purchased ten new dresses.  "Ten!" he hollered, "What could any woman want with ten new dresses???"  My mom calmly replied, "Ten new pairs of shoes."