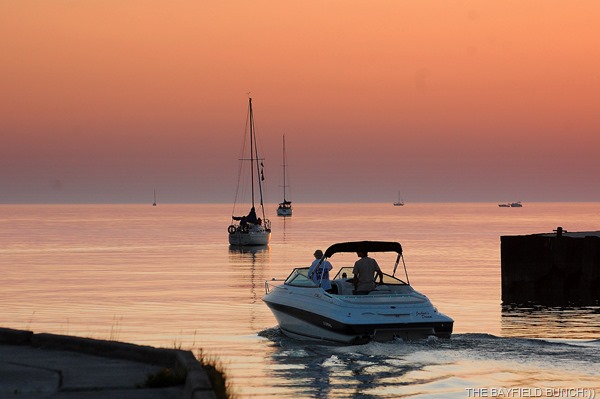 After publishing Friday night's post early I decided to head on down to the Bayfield Harbor.  Knowing there would be a lot of people around I thought it best to leave Pheebs at home.   Walked out to the end of the pier taking a few photos along the way.  Bayfield's Wind & Water week-end was underway & they were kicking it off with a lighted flotilla of 6 or 7 sailboats.  It was a warm night with a couple dozen people on the pier besides myself.  Nice to watch Friday's sun slowly sink into the placid waters of Lake Huron while sailboats with colored lights spread along railings & rigging formed a wide circle as they repeatedly passed by the end of the pier.  The darker it got the greater they looked.  Some boats had flashing lights, some had horns blowing & some had music playing.  I especially liked hearing Bob Dylan's 'Lay Lady Lay' wafting softly across the water.  it was a nice night & I enjoyed being outside doing something different for a change.

While in the process of putting together a Flickr album of my Friday night Bayfield Wind & Water photos I un-expectantly stumbled across how to make an album using Google+.  Well at least I think I have & if I have this may be one of the major missing pieces of this whole Google photo puzzle I have been struggling to figure out for so long.  I am cautiously optimistic that I just might be on to something here.  I have uploaded my Friday night photos into a Google album & if it works it can be found at BAYFIELD'S FRIDAY NIGHT WIND & WATER.  If this link doesn’t work I’d appreciate folks letting me know…………….{When album is opened photos can be viewed by scrolling down.  Click on any photo to enlarge it.  To see each photo singly against a black background just click the first photo twice & click the arrows at bottom to go forward or backwards.  Also in this mode you can view all the photos in a slideshow by first clicking the word 'More' at the top.  When menu drops down click 'Slideshow'} 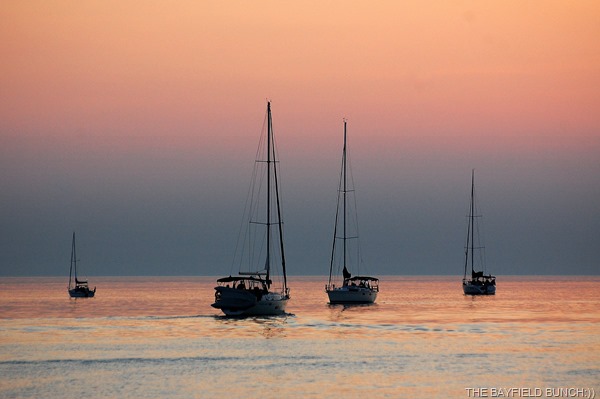 Another one of those weather perfect Saturday mornings.  Kelly headed off to Goderich so Pheebs & I decided to take ourselves for a little drive around our rural neighborhood.  Heavens to Murgatroyds we wouldn’t want to be sitting here by ourselves now would we.  Snagged us another 23 barn photos in the process plus a carrot muffin & a coffee.  With humidity building we made it a point not to stay out too long & soon headed home to the refreshingly coolness of the house.  Busied myself editing photos & before long another fine Saturday had slipped away into my life's 7 decade history book.

It's a nice feeling knowing we are now past the halfway point before our return once again to the great American South-West sometime around the end of October.  Just think fellow Snow Birders in another 3 weeks it will be August already & by the middle of August our weather here in southern Ontario will shift slightly giving us the very earliest indications of our approaching Autumn.  I will be soooooo glad to see our air free of Mosquitos again.  This has been the absolute worst summer of ever for those damn miserable things.  Yesireeeee, definitely looking forward to that upcoming season change again:)) 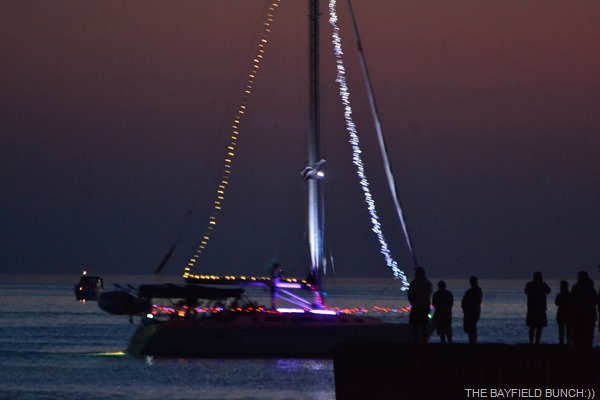 GROANER'S CORNER:(( Hanging in the hallway at the High School are the basketball team pictures from the past 40 years. A player in the center of the front row in each picture holds a basketball identifying the year -- "62-63," "63-64," "64-65," etc.  One day I spotted a freshman looking curiously at the photos. Turning to me, he said, "Isn't it strange how the teams always lost by one point?"