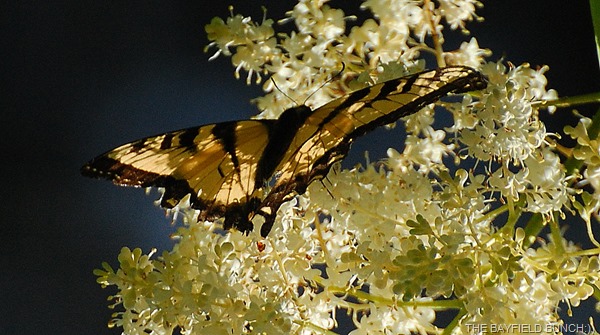 SPOTTED THIS LITTLE FELLOW IN OUR JAPANESE LILAC TREE THIS AFTERNOON

Minutes after publishing my Monday night post I heard the tell-tale rumble of distant thunder.  A quick check of our computer's live radar showed a fast moving storm cell heading in across Lake Huron.  Grabbed my cameras, fired up the Jeep & off Pheebs & I went over to Bayfield's Pioneer Park overlooking the lake hoping to get us some storm photos.  Last thing Kelly said before we went out the door was, "there's tornado warnings".  Heavy gusting winds, angry fast moving ominous clouds, & lightning out over the lake did bring in a wall of rain but I didn’t see the the types of gnarly clouds I was looking for.  With rain intensifying & visibility declining Pheebs & I decided we had best head ourselves back home.  Several hours later after we had gone to bed another severe storm cell rolled in bringing thunder & lightning with it but we weren't aware of this until we heard it on the morning news.  Funnel clouds spotted south of Goderich but no reports of any damage. 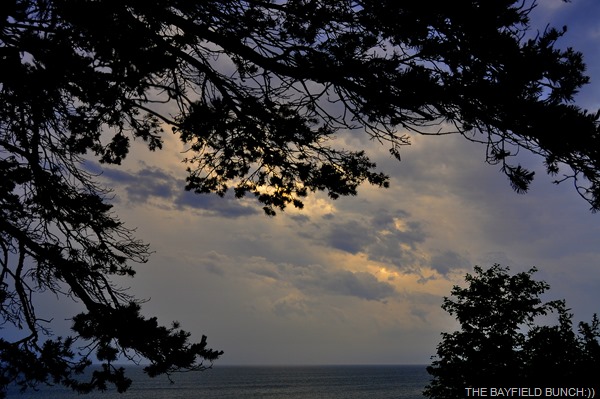 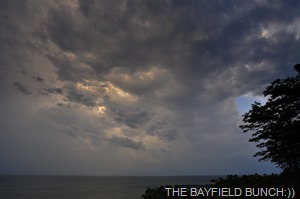 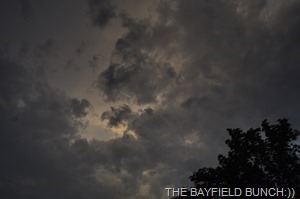 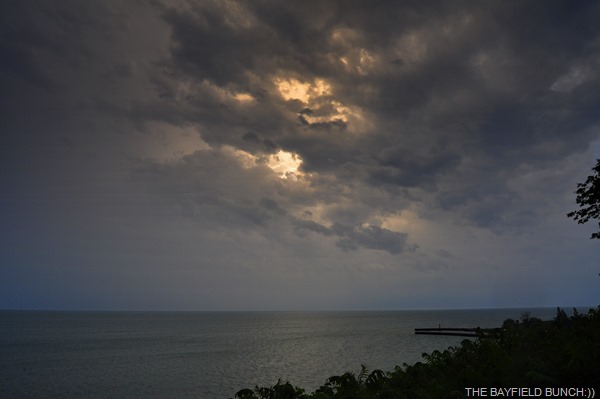 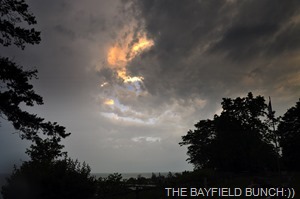 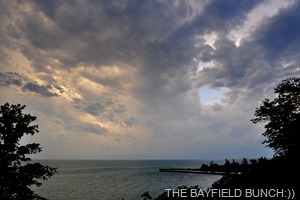 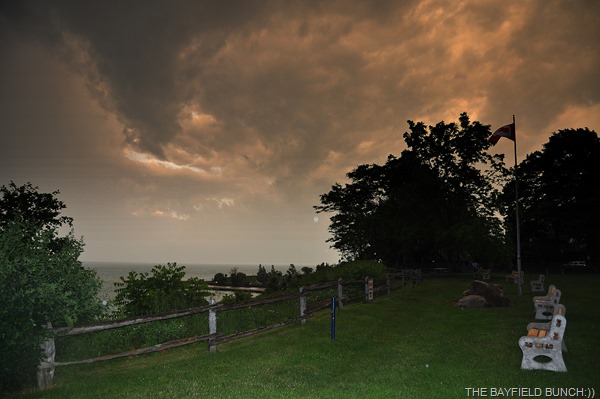 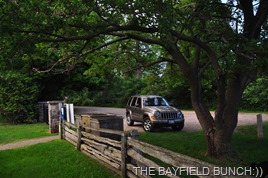 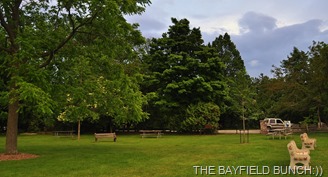 PARKED AT BAYFIELD’S PIONEER PARK WAITING FOR MONDAY NIGHT’S STORM TO COME ASHORE…WE WERE THE ONLY ONE’S THERE:))
Commenter Sandy from NZ in a comment noticed something in my 'Bayfield Homes' album photos that I had meant to mention.  Sandy says, "Just looked at the houses of Bayfield album. I noticed all of the trees - aren't they glorious"………… Just as all the pine trees make our Park a lovely place it is the abundance of old growth trees which makes the village of Bayfield the beautiful place it truly is as well.  Homeowner's have blended their homes & landscaping in with all those trees giving Bayfield it's true cozy appeal.  This is very evident to anyone viewing my 'Bayfield Homes' album series…………………. 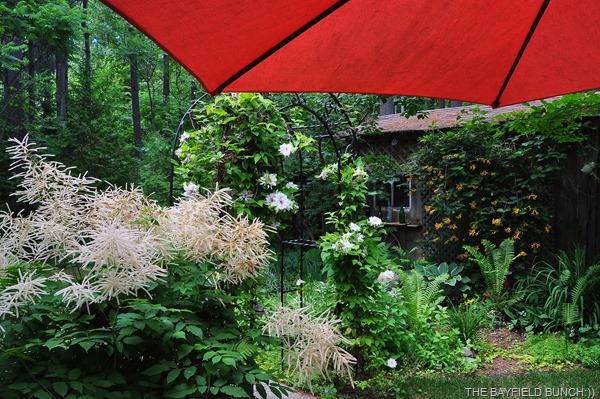 AND JUST A LITTLE BIT OF OUR OWN BACKYARD GREENERY TODAY…ASTILBE, CLEMATIS, & A HONEYSUCKLE VINE 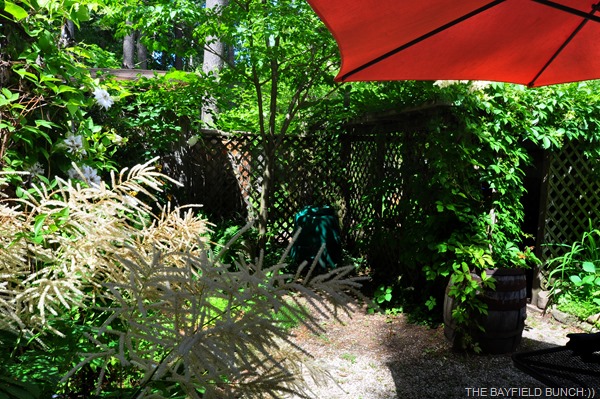 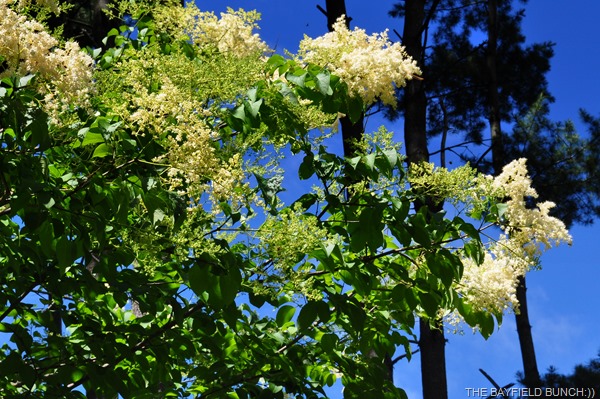 Figured I'd take me for a drive up to Goderich's airport & have myself a look at the static display & small museum this morning.  Sure had a sad little doggy face standing by the doorway when I told Pheebs she wouldn't be able to come along today.  Kelly said after I left Pheebs went out & sadly laid in the driveway where I normally park the Jeep. 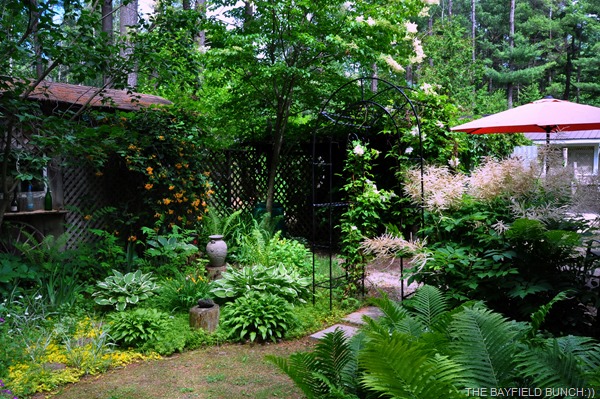 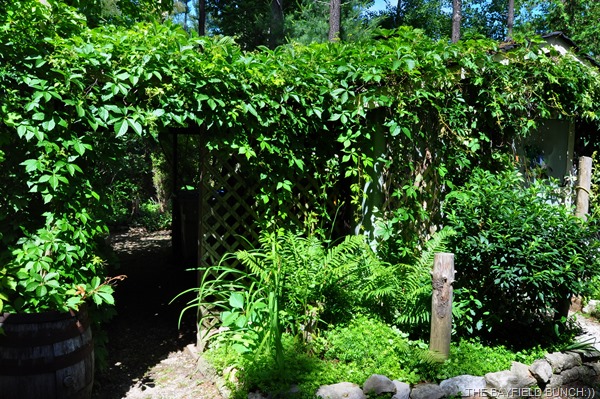 Our morning wasn’t the best with a heavy cloud overcast, gusting winds & cool temperatures.  So cool in fact I had the Jeeps heater on low when I neared the lake.  Winds were picking up extra cold air from the cool waters of Lake Huron.  As expected there were already a lot of people at the small Goderich airport & the maybe 40 available parking spots were full.  That was the end of any static display or museum walk around for me so I just wheeled back out onto the road again & went to Plan B.

Had noticed half a dozen cars parked on the shoulder of the road leading to the airport so figured they maybe knew the arrival times of planes coming in.  Pulled over, cranked up some nice ambient music & patiently waited for some airplanes to set down on the runway about a quarter mile to my left.  Sat there maybe 40 minutes & in that time I did see one two engine plane come in. 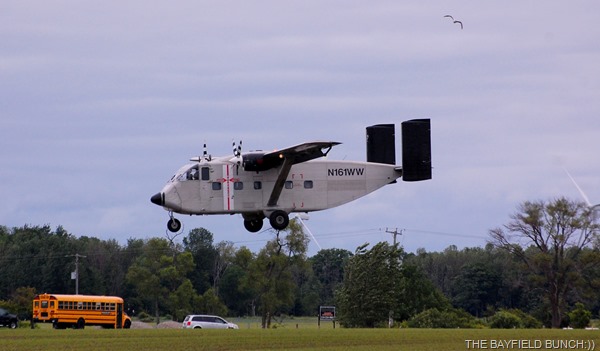 TRICKY WIND GUSTS THIS MORNING BUT AT LEAST HE’S GOT THE LEFT WHEEL ON THE GROUND:))

TAXIING INTO THE TERMINAL FROM THE RUNWAY

No idea when the Snowbirds were due so finally packed it in & drove back into Goderich.  Grabbed me a 6" Tuna Sub & headed down to the beach with my lunch which of course I had to eat all by myself because I didn’t have my Pal along.  Pretty windy on the beach as I watched a small Coast Guard Cutter about half a mile out pitching & rolling in the waves.  Not too much else going on plus I was missing the Pheebs anyway so decided to head on home & call it a day.  The Snowbirds & F-18 Hornet did fly in later today & even from Bayfield I heard the jet engines 13 miles away in Goderich. 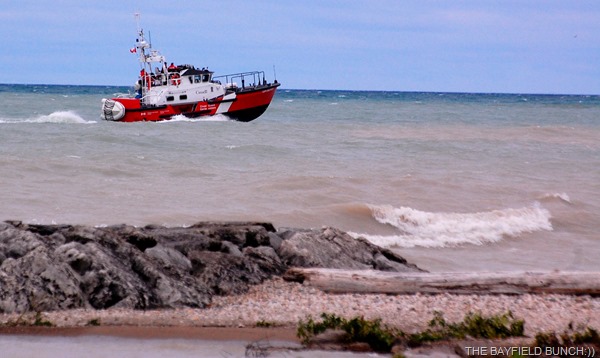 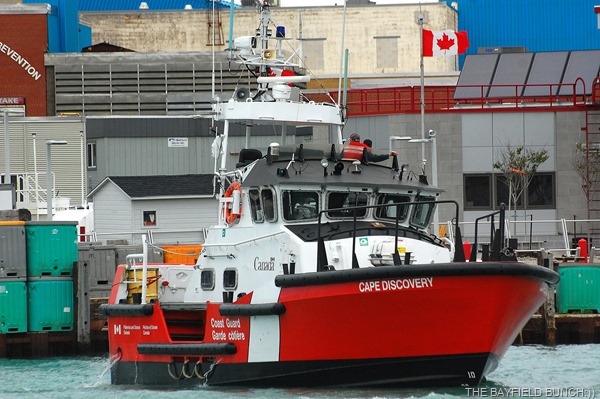 THE CAPE DISCOVERY POSITIONS ITSELF TO BACK INTO IT’S BERTH 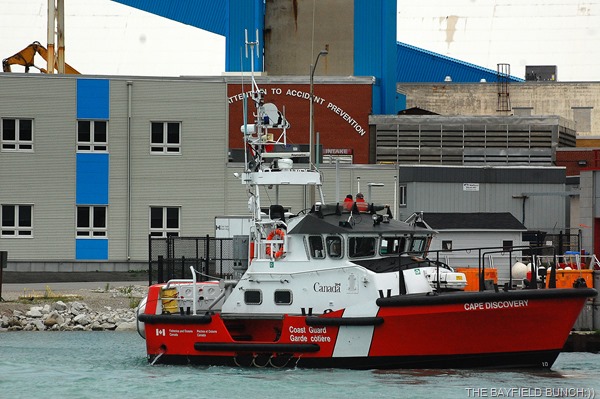 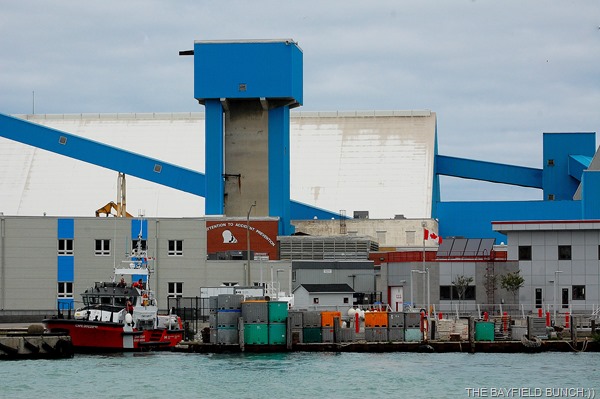 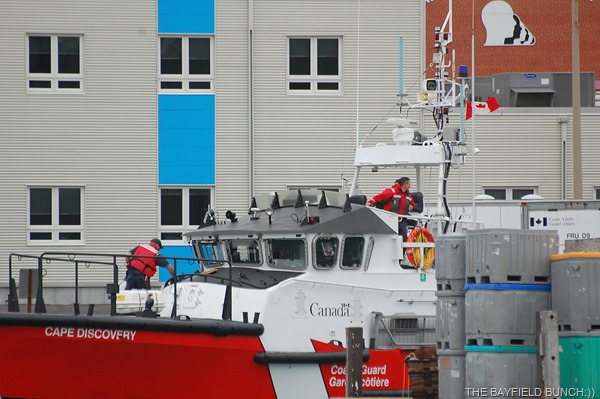 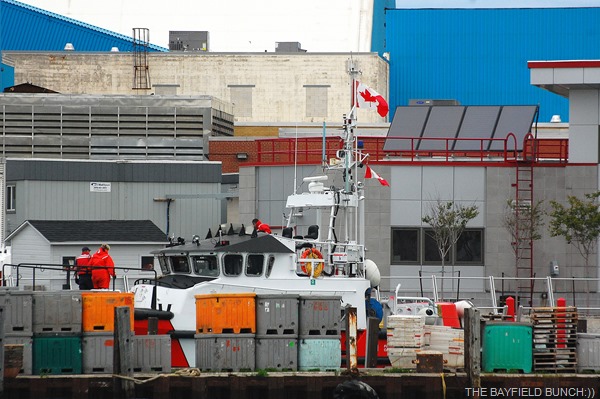 Aside from a walk with Pheebs this afternoon around the forest trail it was a quiet but beautiful day with clear skies & cooling breezes off the lake knocking any humidity down.  Tonight after posting the blog I’m going to make a special effort to stay up longer.  I missed seeing the Moon, Venus, & Jupiter in alignment a couple night’s ago so am going to see if I can catch the grouping in tonight’s night sky.  Also, there apparently is a solar flare bombarding our earth at the moment causing some great AURORA BOREALIS sightings the last few nights & I’d like to see if I can see them.  Probably been 50 years since I’ve seen anything like that.  Of course I’ll be taking my chief co-pilot & trusty navigator Pheebs along  as well:)) 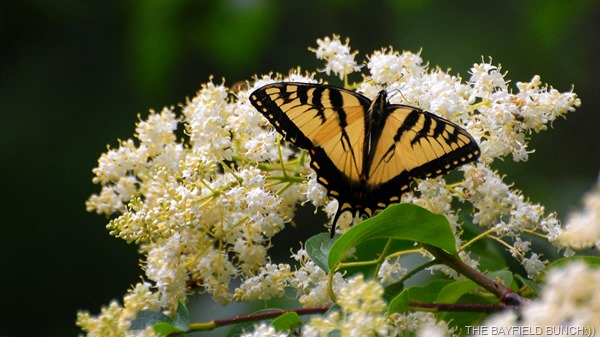 GROANER’S CORNER:((  A man was eating a meal at a restaurant. He checks his pockets and leaves his tip -- three pennies. As he strides toward the door, his waitress muses, only half to herself, "You know, you can tell a lot about a man by the tip he leaves."
The man turns around, curiosity getting the better of him. "Oh, really? Tell me, what does my tip say?"  "Well, this penny tells me you're a thrifty man."  Barely able to conceal his pride, the man utters, "Hmm, true enough."  "And this penny, it tells me you're a bachelor."  Surprised at her perception, he says, "Well, that's true, too."  "And the third penny tells me that your father was one, too."