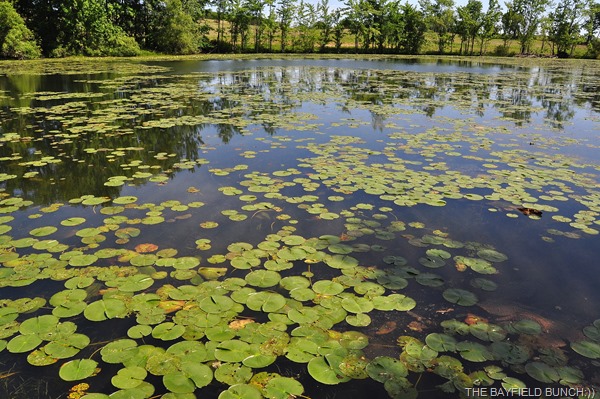 This past week’s country drive in our Motorhome with neighbor’s Barb & Don reminded me of my first time driving anything bigger than a car, but it wasn’t a Motorhome.   Both Kelly & I were fortunate to have driven Motorhome sized vehicles before we bought our first Class A.  We had driven large school buses & years ago back in the early 70’s I had driven 'stake trucks' in Vernon British Columbia for CP (Canadian Pacific) Transport.  Having never driven anything larger than an ordinary car my transition to driving a big truck was totally unexpected & happened rather abruptly one day. 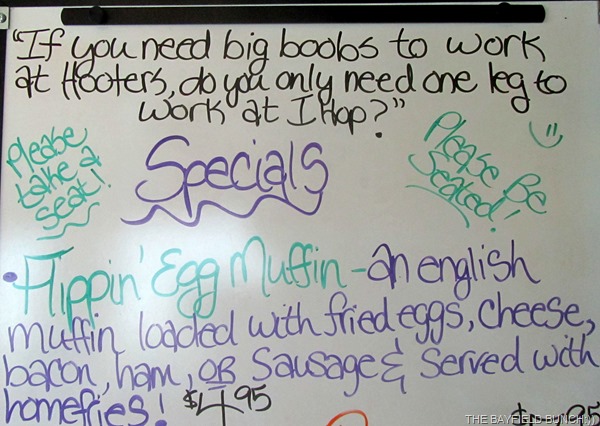 It was a Monday morning in Vernon BC in or around about the year 1973 or 74.  The local employment center in Vernon had sent me over to a store on main street called Bennett's Hardware Furniture & Appliances. The helper on their local delivery truck had just been terminated the previous Friday & they needed a new Swamper. (a Swamper is the helper person on a 2 man delivery truck) The stores large truck was commonly referred to as a Ford Cab-Over & had a hydraulic lift ramp on the back. To me who was only ever used to driving cars it was a big truck because I had to climb up & into it & the whole thing reminded me of a big boxy looking Dinosaur because as I recall it was painted an overall dark green. 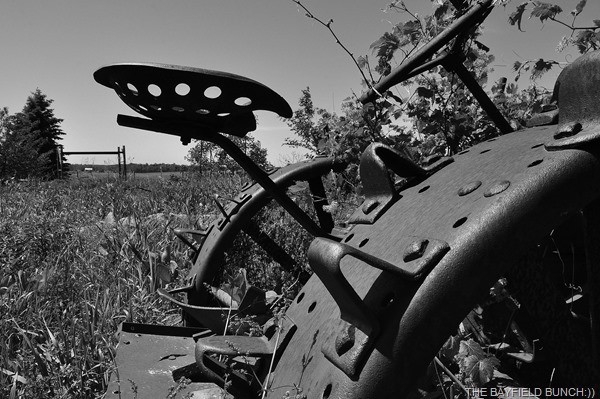 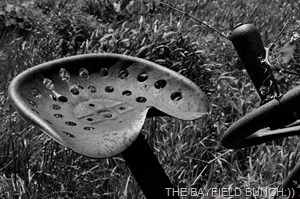 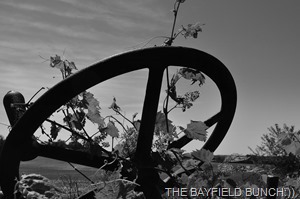 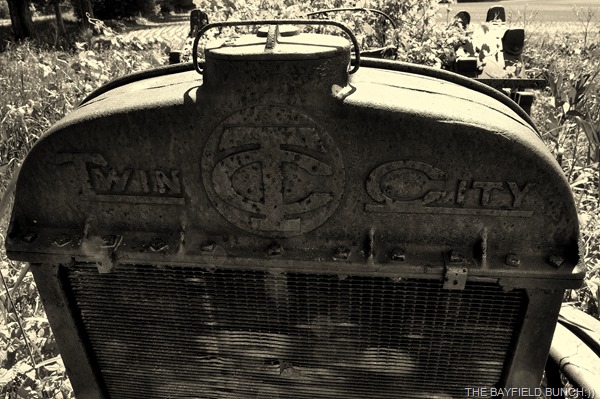 I met the driver early that morning who went by the name of Garth. He showed me around & we were soon working to-gether loading the back of the truck with Monday’s morning's deliveries. Some furniture pieces & a couple heavy appliances I think. I soon became aware of Garth's discontent with the store as we headed out with our load. All morning long Garth went on with his concerns, complaints, rants, & ravings. Seems his previous swamper was also his best friend & Garth was unhappy that the store had let him go. We finished up the morning's deliveries & headed back to the store. Garth threaded the large truck up a narrow alley & maneuvered it around until he was able to back it into the loading dock. I wondered at the time how he was able to move such a large truck around in such a small space. Little did I know that I was about to find out........... real quick. With a flurry of unkind words about Bennett's hardware store he tossed me the keys, opened his door, & with the words, "I quit" he was gone & I never did see the guy again. 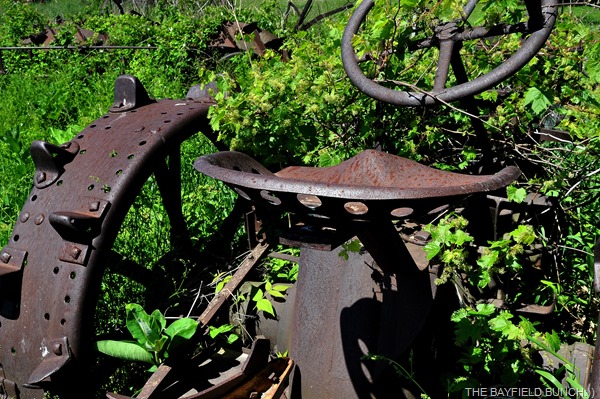 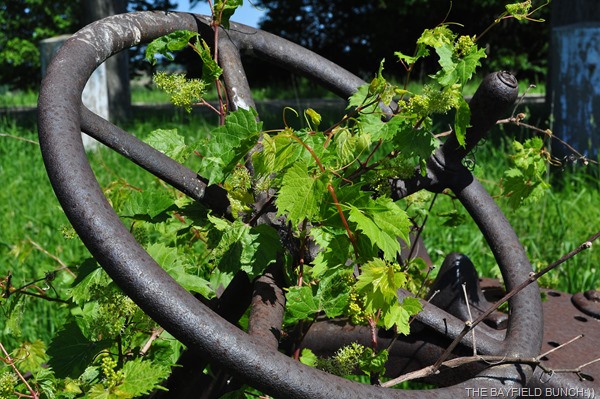 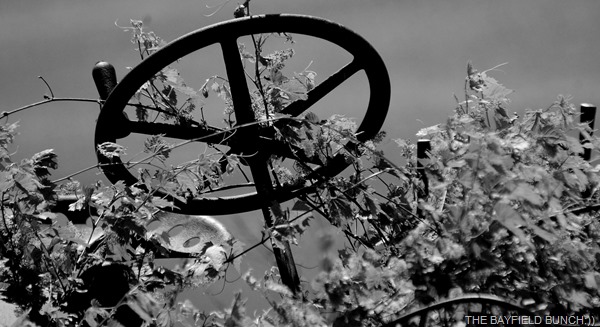 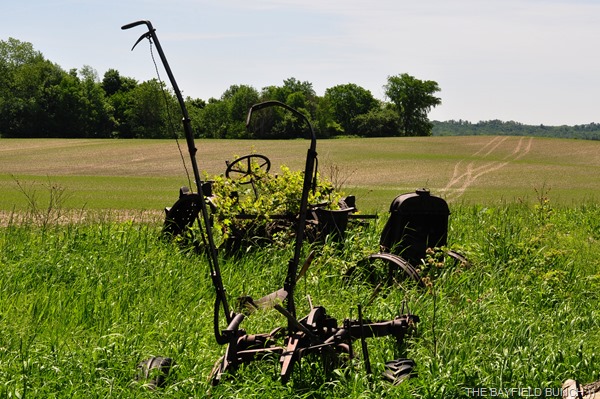 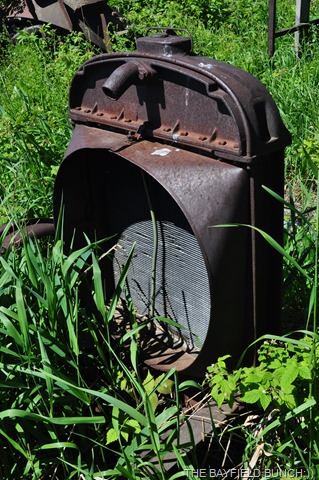 The head sales fellow who was my immediate boss in the store had the nickname of Sparky & as I walked back into the store with the news about the driver quitting I soon found out why he was called Sparky. Sparks flew alright!!!! He was a very hyper man & I caught the brunt of his fireworks about the driver quitting. I handed him the truck keys & he thrust them right back a me with a stack of delivery bills & told me to get out there & start loading the truck with the afternoon's deliveries while he called manpower to get another fellow sent over. I assumed he was hiring another driver........but no, he hired a new Swamper. I was the new driver!! 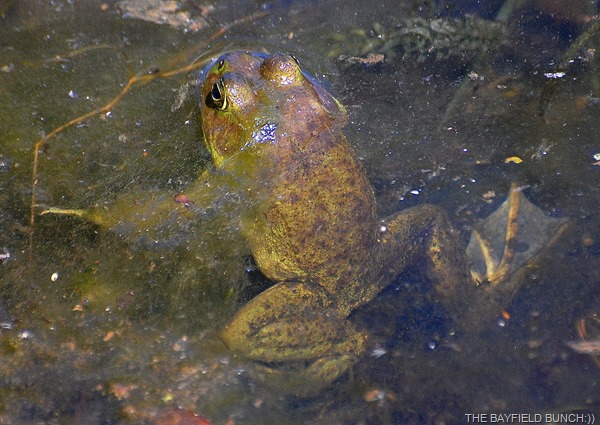 NO PROBLEM WITH THE ID ON THIS ONE, IT’S A FROG IN A MURKY POND

There was no point in telling Sparky I had never driven a truck or anything bigger than a car before because he would have squashed me into the floor like a bug. He sure had himself a big bluster going.  In fact I was to quickly learn there was no telling Sparky anything, ever!! So with that in mind I climbed up into the driver's side of the big stake truck & just sat there looking around at all the big mechanical space around me. Had never seen a gearshift lever that long before or a steering wheel seemingly as big as a car tire. There were buttons & switches here & there that were definitely foreign to me as well. The road seemed a long way down & the far corner of the windshield seemed an acre away. Before I could get myself too scared or talk myself out of it, the passenger door opened & a young fellow hauled himself up into the cab with a big friendly, "Hi, my name's Frank & I'm your new Swamper." New Swamper?? Hell, it was only a few hours ago that I was the new Swamper.  Geeeeeezzzzz!! 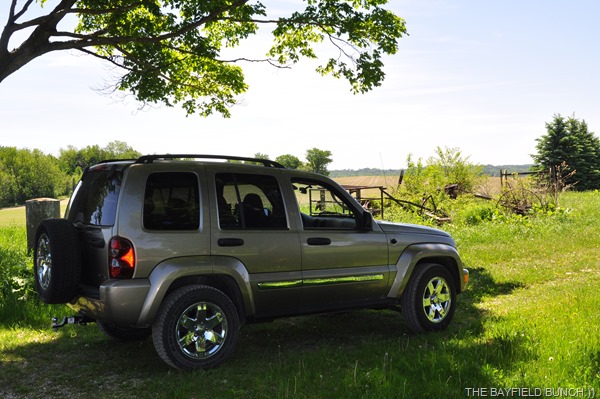 Not wanting to let on to Frank that I had never driven a truck before I tried to look as professional as I could, but as soon as I ground the truck into some sort of forward gear & jerked away from the loading dock, the cat was out of the bag & Frank knew right away what was up. Frank was no dummy.  However between the two of us & with Frank barking out some fender warnings we wiggled around this way & that & somehow made our way down the even narrower alley now to the busy main street.  And we did it without breaking off any of the outside rear view mirrors or taking down any buildings. And I say ‘we’ here because we were already working as a team & I was needing all the help I could get.  I do remember scaring the beejeebers out of some pedestrians though as we lurched the big green Dinosaur out of the alley. Think it was a sharp right hand turn as we managed to make our way down the main street without scraping any paint of all the parked cars. 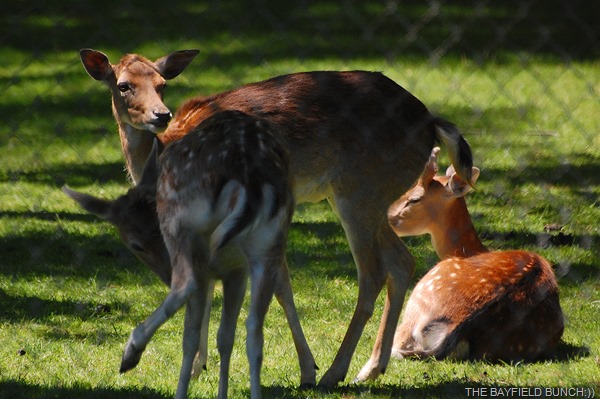 AT THE ANIMAL FARM SATURDAY 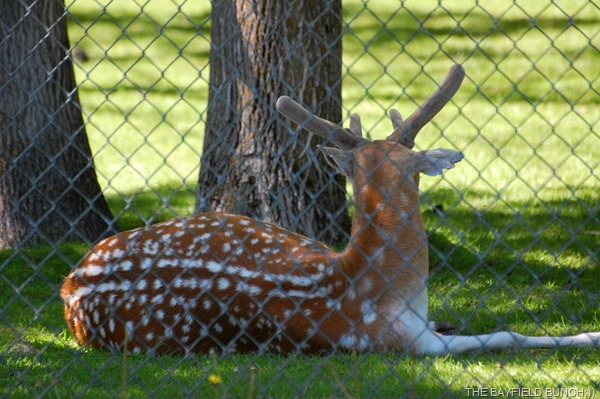 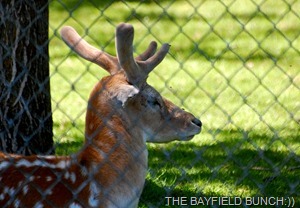 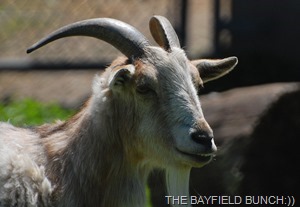 Worked our way up & down the streets of Vernon that afternoon, fumbling in & out of driveways taking care of our deliveries.  Luckily both Frank & I had previous heavy delivery experience. Having not damaged anything or anyone yet I picked up a bit of confidence & we headed out of town for a couple rural deliveries on the Okanagan Valleys sharp curvy roads & steep hills. By a stroke of luck our day went well, nobody got hurt, & we returned Bennett's delivery truck unscathed to the store later in the day.  We were pretty relieved & happy with ourselves but no pats on the back for a job well done from old Sparky though......he was too busy snarling around about Tuesday morning's deliveries already!! 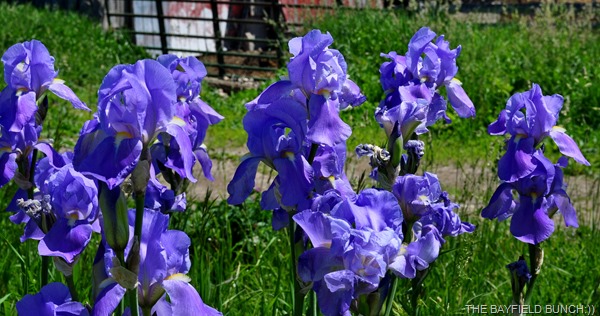 I was able to catch onto that large truck driving pretty quick & with Frank being a good Swamper we went on to work well to-gether over the next little while. We did have a few incidents though.  We once dropped a brand new kitchen stove down a flight of outside stairs on Christmas Eve & another time during a winter delivery Frank jumped out of the truck as I slid helplessly backwards down an ice slicked laneway with a steep drop-off on one side.  Felt like I slid downhill for about a mile but Frank said it was only a hundred feet or so.  But, in the long run we did OK & never put so much as a scratch on that big old Dinosaur of a truck. (well, none that we admitted to anyway) Despite the truck's intimidating size it was definitely a learning experience & proved most beneficial later in life for a little Volkswagen Beetle driver from a small town in southern Ontario..........................And a quick add-on to that sliding down the icy laneway.  Winter had set into the Okanagan & both Frank & I had repeatedly asked Sparky to replace the worn out bald truck tires with new winter tires but Sparky would have no part of it.  Couldn’t afford to have the truck off the road that long getting snow tires he said.  After getting the truck stopped at the bottom of the laneway that morning Frank climbed back in & we headed right back to the store & parked the truck.  Took the keys in & tossed them on Sparky’s desk saying we would not do another delivery until there were new snow tires on that truck.  And with that we both walked out of the store & went home.  It was the only time we ever got the best of old Sparky.   Got a call from Sparky later that night saying something like, ‘there’s new tires on the truck & be in early, you’ve still got this afternoon’s deliveries to do’!!!! (click)  I phoned Frank & next morning were back to work on the early side………………….. 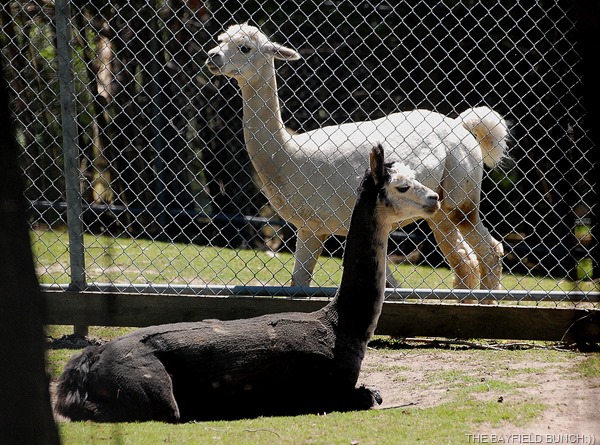 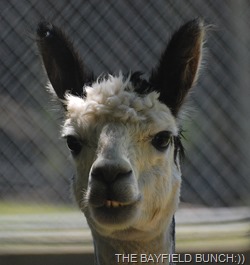 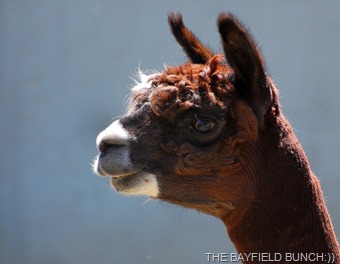 Had ourselves a quiet Sunday.  A little puttering here, a little puttering there.  Phone rang sometime around 2 & it was my former supervisor from when I drove a wheel chair mobility van for Town & Country out of Clinton about 5 years.  Marie hadn't dropped around for a few years & called to see if we were home.  We were & half an hour later Marie rolled in with a big cup of Tim Horton's coffee for me.  We had ourselves good front porch chat catching up on things.  Marie has been a long time blog reader.  Thanks for all the kind words Marie:)) 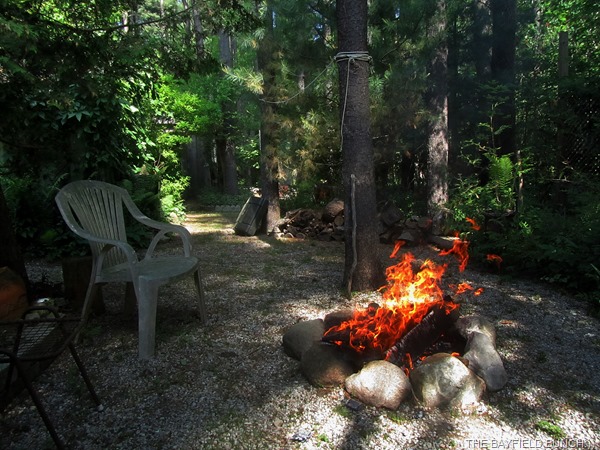 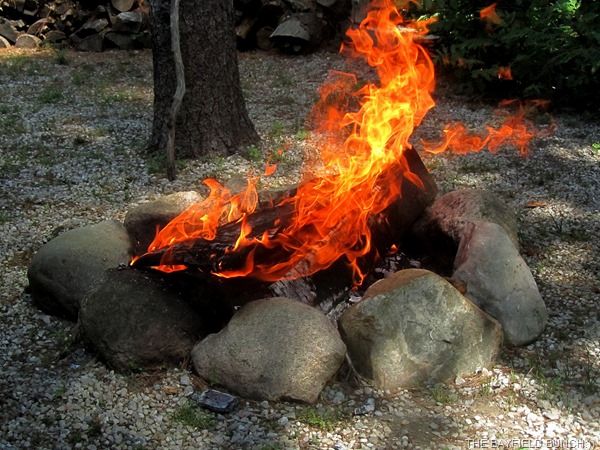 GROANER'S CORNER:(( Did you know......
-A bartender is just a pharmacist with a limited inventory.
-A clean desk is a sign of a cluttered desk drawer.
-A clear conscience is usually the sign of a bad memory.
-A closed mouth gathers no foot.
-A conclusion is the place where you got tired of thinking.