FIRST SUNSET CRUISE OF THE YEAR

Woke up to a cold rainy morning & that pretty well set the tone for my day.  Kelly did head off to Goderich on a few errands but I never went out of the house.  Crumpled into my recliner, turned on the TV & that was about it for me.  Think I saw more of the inside of my eyelids than whatever showed up on the TV screen.  Oh well once in a very long while I don't mind a day like today.  Just as long as I don't do the same thing again tomorrow!! 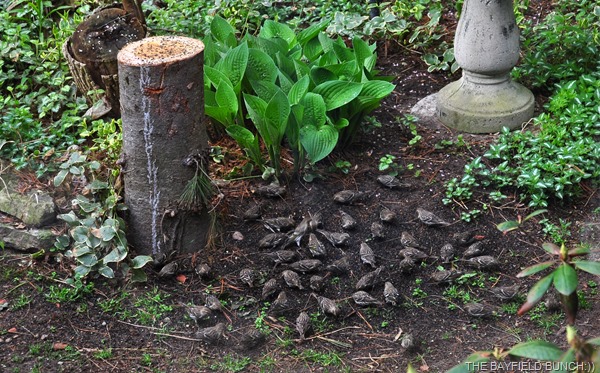 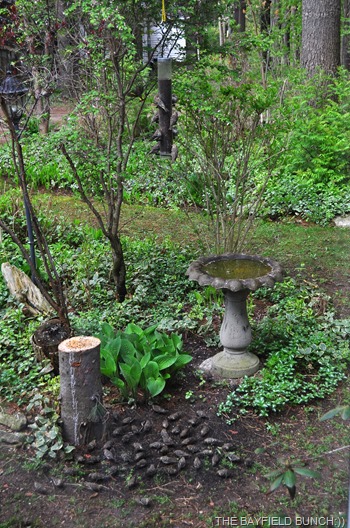 <<< OUR GLOOMY DAY SURE DIDN’T DETER THE PINE SISKIN GANG

Our big May long week-end is upon us.  Commonly referred to as the May 24th week-end it is the kick off to summer in Canada.  Historically I think it is Queen Victoria’s birthday & that is where the holiday originated from.  Highways will be jammed with folks heading to their cottages.  Ice is off the lakes so boaters will be out in full force.  Campgrounds traditionally open as well.  Bayfield on Lake Huron is a ‘go to’ place for many tourists & boaters so it will be busy this week-end as will all the shoreline communities along the Canadian side of the Great Lakes.  DEER PARK LAKEFRONT RESORT where Kelly worked for 10 of our years in this area is fully booked & there is something new this year.  The owner of Deer Park last winter purchased the Bayfield Village Inn across the highway & after extensive & beautiful renovations is having a soft opening this week-end with the grand opening to come shortly.  Kirsten named her new venture THE ASHWOOD.  For anyone in the area drop in & say hello & tell them ‘The Bayfield Bunch sent you:)) For music buffs this will be a hot spot so be sure to check out the stellar line-up of live musicians on the Ashwood website for this summer’s entertainment.  Next week one day I’ll wonder myself on over to the Ashwood & take some interior pictures because it is really interesting to see how the front desk, tables, & bourbon bar have all been made from a few old dead Ash trees cut down on the Deer Park Lakefront Resort property this past Fall & Winter.  And they have beautifully re-modelled every room in the whole place as well.  And by golly they even have a nice pool in there too:))

THE ASHWOOD OF BAYFIELD

Needing a photo of the Ashwood & it’s new sign Pheebs & I took a drive into Bayfield after supper & stopped down around the harbor for a few pics.  Also cruised up Bayfield’s main street & randomly cracked me off a few photos of Bayfield’s artsy decor & crafty Shoppe's.  I really must take myself & my camera for a walk through Bayfield to show you all how pretty our little rustic fishing village really is.  Well not so much a fishing village anymore but it sure has retained it’s old charm.  And then there are the beautiful old & new homes on the picturesque back streets & cliffs overlooking Lake Huron.  Truly one of the nicest areas in South-western Ontario:)) 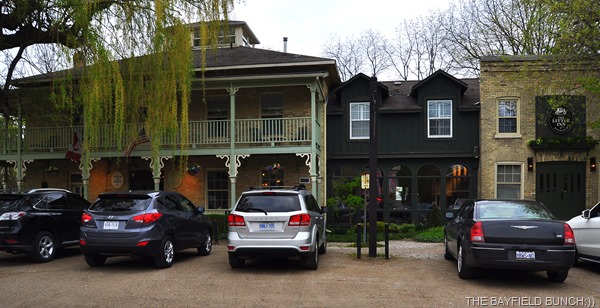 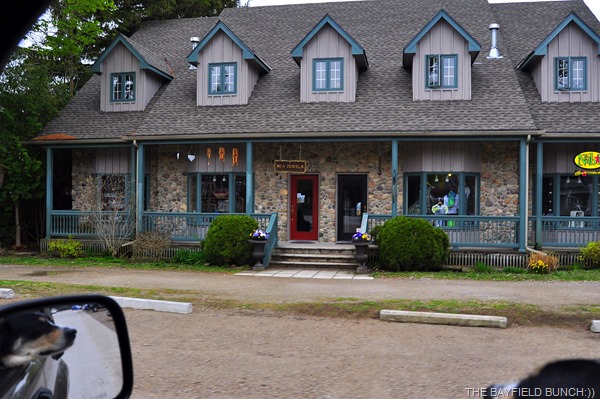 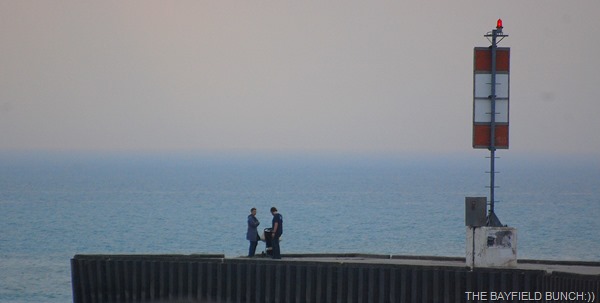 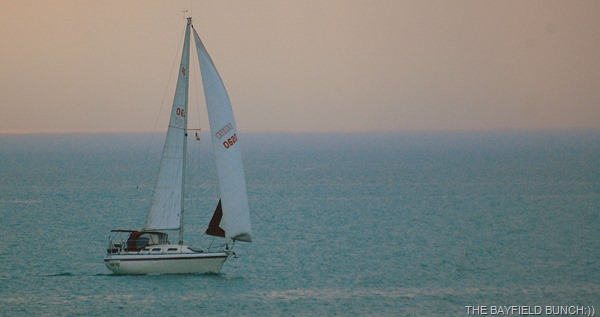 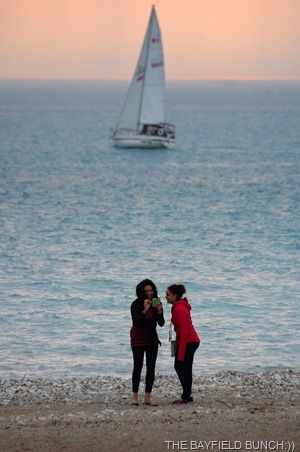 GROANER’S CORNER:(( After many years, her original wedding ring had become worn and thin, so she asked her husband to buy her a new ring as her anniversary present. But this time she asked him to buy her one with diamonds.  They went down to the jewellery store to pick one out. As they waited for the clerk, she said to her husband, "My eyes aren't as good as they used to be, so I'd really like diamonds I can see."  Having overheard their conversation, a customer standing nearby remarked, "Sir, it would be a lot cheaper if you just bought her glasses."