I CAN NEVER THANK YOU PEOPLE ENOUGH 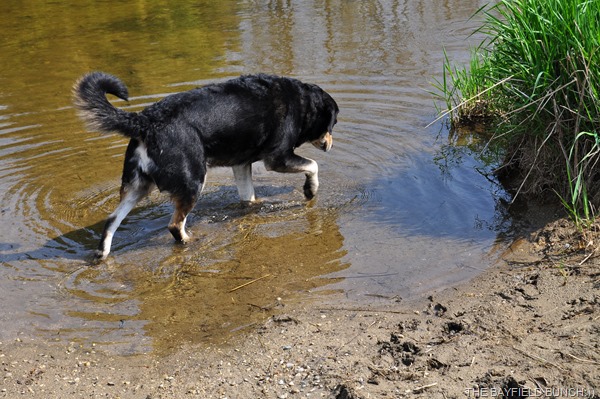 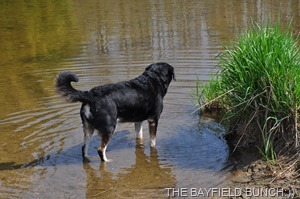 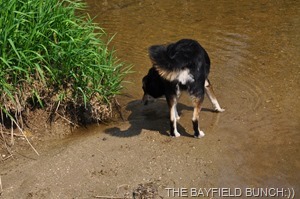 AND I THINK SHE IS KIND OF LIKING IT TO0 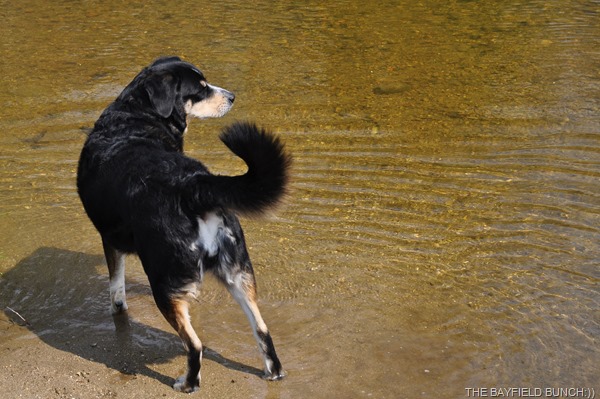 Knowing we were in for an unseasonal hot & humid day Pheebs & I were into the Libbygator & off out into the countryside early.  A short walk in the Hullett Marsh & we were back in the Jeep wandering north along dusty roads enjoying the morning scenery.  Lots of farmers on the land prepping their fields for planting.  So nice to see the countryside greening up.  Autumn is known for it's reds & golds while Spring is a time of lush greens as new leaves & buds burst forth in various shades of soft lime like colors. 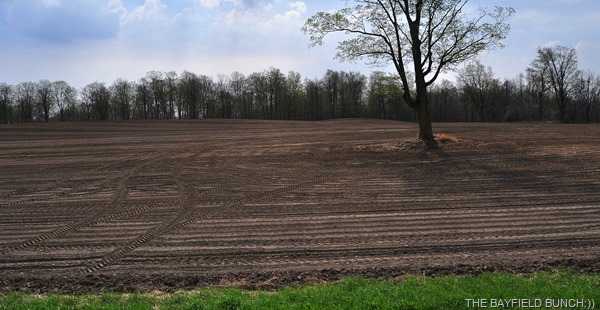 THIS FIELD MAY VERY WELL HAVE BEEN PLANTED ALREADY

JUST GOTTA LOVE ALL THE SPRING GREENS
We wandered our way up around the Wingham Ontario area & managed to find ourselves a couple interesting roads we had never been on before.  Whenever I see a road sign saying 'No Exit' or 'No Winter Maintenance Beyond This Point' I know we have an interesting road ahead of us & we always head on down to see where it takes us.  Sometimes we end up in bush lanes or fields & this morning we ended up at a river bank.  I like when that happens. 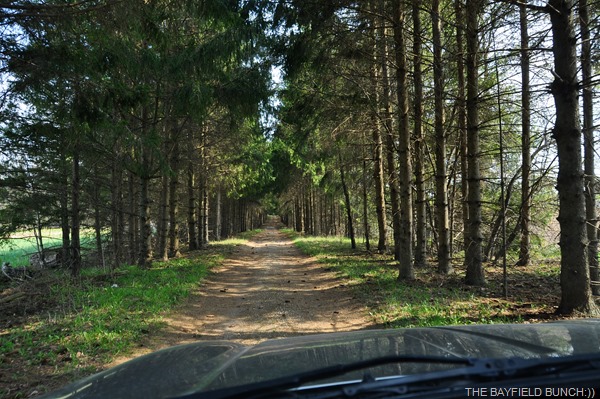 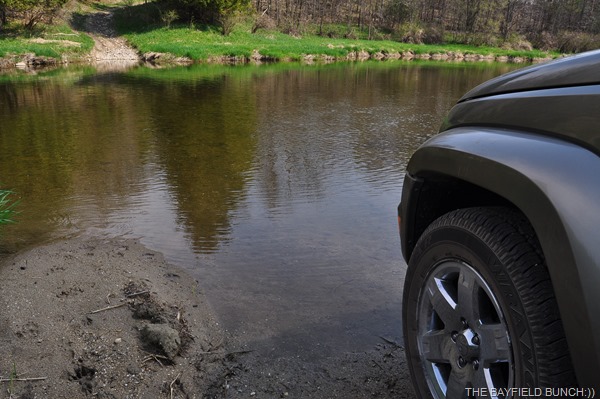 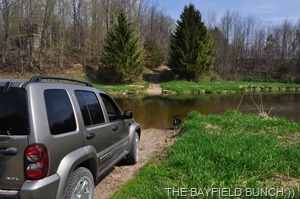 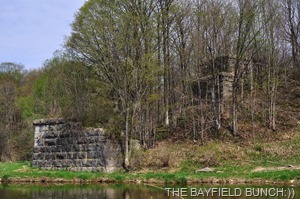 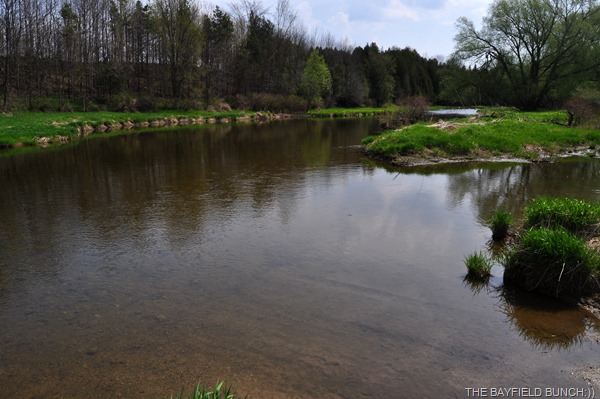 THIS IS THE ‘LITTLE MAITLAND RIVER’ & IT’S ONLY A FOOT OR TWO DEEP IN MOST PLACES
Little Miss Smarty Pants ever vigilante in the front seat knew we were getting near Wingham so reminded me it was getting close to lunch time & there was a Subway shop along Wingham's main street at the north end.  So not wanting to listen to all the whining we headed ourselves into town for a 6" toasted Tuna Sub with American cheese, lettuce & tomato's, green peppers & onions plus salt & pepper & a smattering of sub sauce.  I'm careful not to give Pheebs any onions but in doing so I have to kinda pull the sub apart & we sometimes end up with quite a mess in the front seat.  It seems most of the mess always ends up on the front of my shirt for some reason. 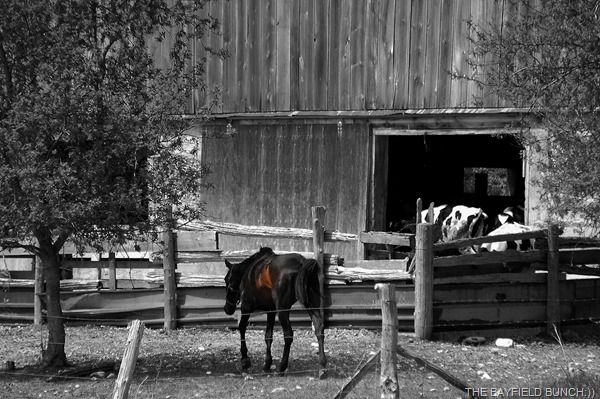 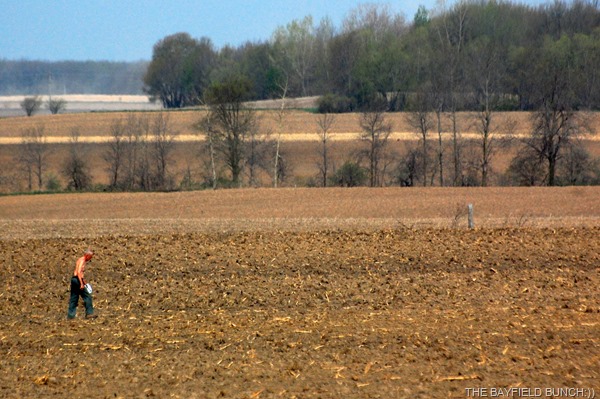 AND HERE’S AN OLDER NO SHIRT FARM FELLA OUT WALKING HIS FIELDS…YOU CAN SEE HOW HOT IT WAS TODAY
Hadn't seen Pheebs Ilama, Alpaca, or Elk pals since last summer so we stopped by the country property where all these fellas live.  They didn't rush up to the fence to see Pheebs like they usually do but Pheebs didn't seem to mind & just ran along the fence line smelling whatever she could. 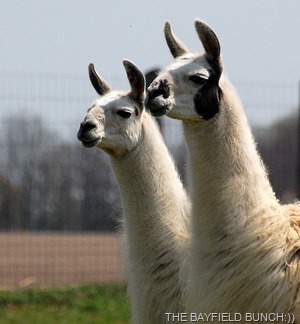 ALL EYES WERE DEFINITELY ON THE PHEEBS AS SHE HAD THEIR UNDIVIDED ATTENTION
We had driven with windows down in the morning but by noon the humidity with today's record breaking temperature (90'F) prompted me to close up the windows & crack on the A/C.  After all that is one of the reasons why we finally decided to switch to an air conditioned vehicle this year.  And ohhhhhhhhhh how nice that cool air felt.  As I'm typing this tonight we have our central air on in the house & ohhhhhhhhh how nice that again feels.  Say what you will about A/C but I love it.  We're both looking forward to cooler temperatures already on the way.  Now I said cooler not colder!! 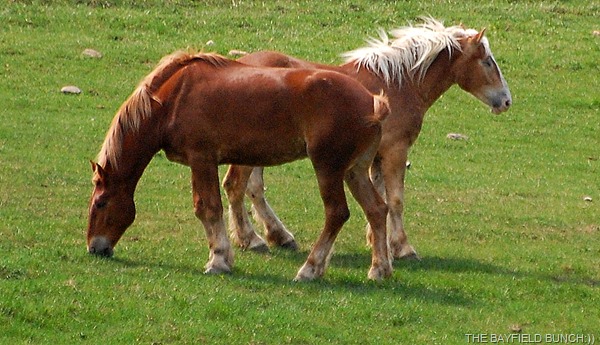 Kelly has had a little kitchen project in mind for awhile now & I have been hesitant to tackle it.  My carpentry skills are not the best & I've lived with myself long enough to know & accept the fact if we want a job to look professionally done I am not the guy to do it.  Kelly wanted the micro-wave moved off the kitchen counter & placed in a cupboard space above the stove.  Looking at the project this afternoon I thought 'what the heck' at least I can take the cupboard doors off & maybe cut the middle shelf out to make way for the micro-wave.  And that's what I did.  Drilled a couple holes, spliced up an electrical cord, set the micro-wave, plugged it in & ‘WALLA’ it worked.  Haven't figured it out how to finish off the job making it look better but for right now at least the micro-wave has been moved & a section of our kitchen counter has been freed up for other things. 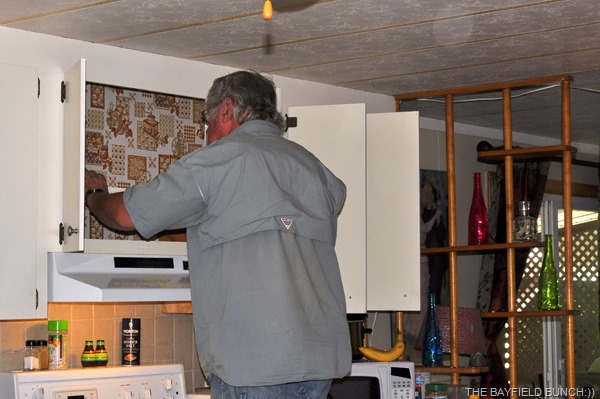 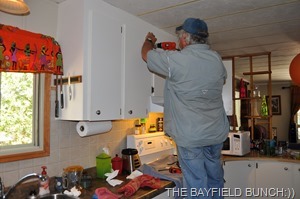 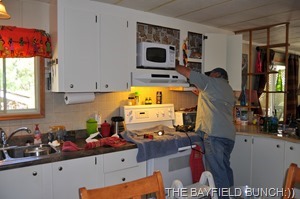 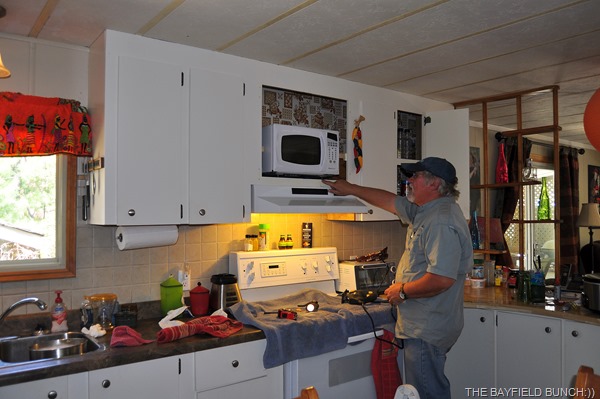 Received an inspiring email from a fellow Blogger today which went a long way in picking up my recent sagging spirits.  I go through these periods of self doubt from time to time questioning myself about many things including my blog writings.  I am not one of those people blessed with a wondrous positive attitude & continuous wonderful back to back days.  I go through my bouts of depression & I ask myself at times ‘why do I keep writing this blog’.  And then as so often happens an email will show up from someone saying how something I have said or done has helped them in some way.  Well it is you folks who have sent those emails & comments over the years who are truly the people who in turn have helped me in ways more than you know.  The inspiration for me comes in knowing I have done something right, something useful & above all something helpful.  I can’t come over to your house & help you put shingles on your roof or fix your plumbing or electrical problems.  Can’t help you change the spark plugs in your car or build you a garden fence but there is maybe something else I can do.  Perhaps I can write something, express some thoughts & feelings, bring a little humor each night to someone else’s gray day, answer some RV or travel questions occasionally. (if I remember) Maybe it’s a photograph I take along the way somewhere.  I try hard to keep those positive thoughts in my mind each day & for the most part each night I am able to sit down & through my blog express in some way my gratitude to all you folks out there who read my posts.  I can never thank you people enough………………………… 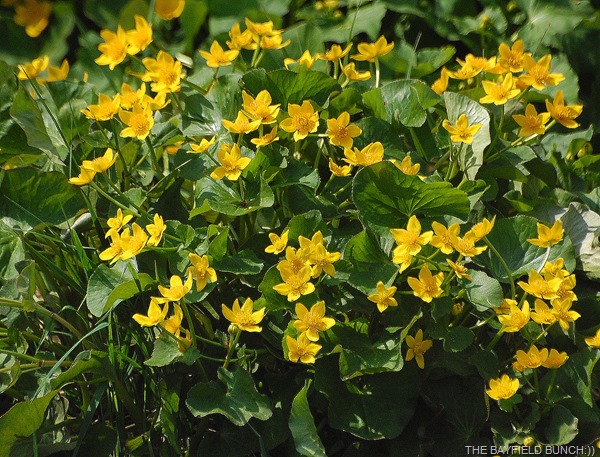 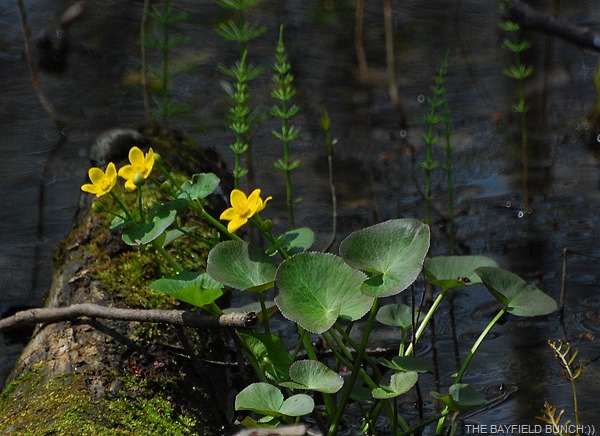 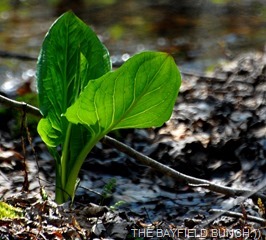 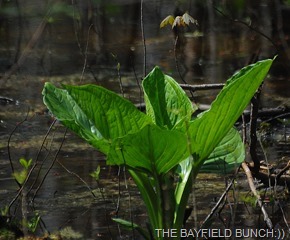 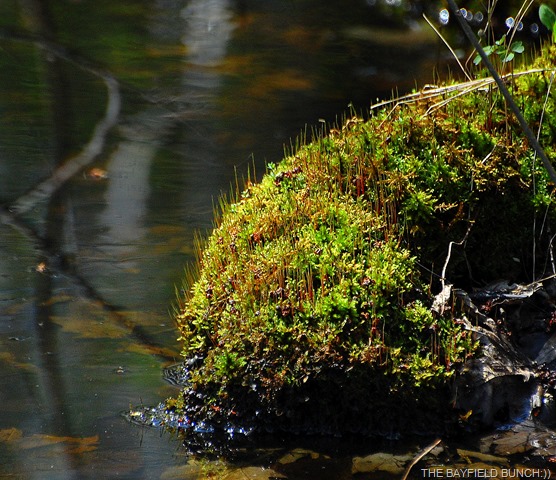 AND JUST SOME GOOD OLD EVERYDAY SWAMP MOSS
GROANER’S CORNER:((   Charley, a new retiree greeter at Walmart, just couldn't seem to get to work on time. Every day he was 5, 10, sometimes 15 minutes late. But he was a good worker, really tidy, clean shaven, sharp minded and a real credit to the company and obviously demonstrating their "Older Person Friendly" policies.  One day the boss was in a real quandary about how to deal with it. Finally, he called him into the office for a talk. "Charley, I have to tell you, I like your work ethic, you do a bang on job, but your being late so often is quite bothersome."  "Yes, I know boss, and I am working on it."
"Well good, you are a team player. That's what I like to hear. It's odd though, your coming in late. I know you're retired from the Armed Forces. What did they say if you came in late there?"  "They said, 'Good morning, General. Tea or coffee this morning, sir?'"
Posted by Al Bossence at 5/08/2015