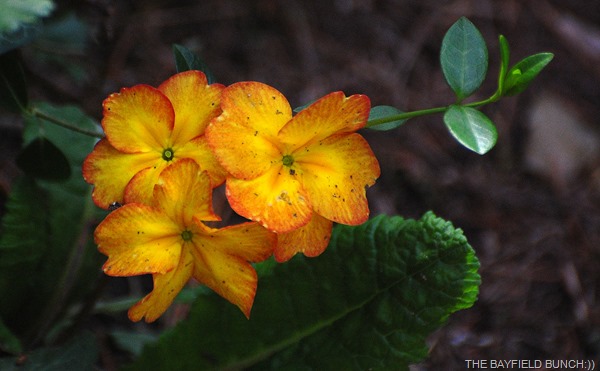 First of all thanks to the folks over in the Shout Box for reminding me of that 'Sitemeter' problem which my blog & many others has been encountering for the past month or two.  You will be happy to know we dumped Sitemeter today & installed a new statistics counter called 'StatCounter'.   This will end the Sitemeter problem folks were having.  And thanks to Kelly for deciding on & installing it for me.  When I get to know my way around StatCounter I’ll let you know what I think of it.  Here’s one interesting stat I did notice though….77.81% of all traffic on the Bayfield Bunch site comes from the United States while 20.90% comes from Canada.  Other percentages are thinly spread out over several other countries including England. 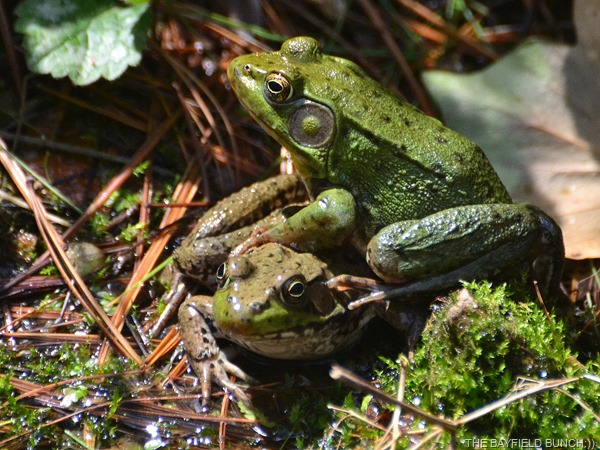 “HOLY FLYING FROGGY FROLICS BATMAN”
Bit of a foggy pea souper this morning as Kelly & I loaded ourselves into the Libbygator & drove on down to Ron's big long week-end yard sale in Grand Bend.  He had a certain type of electrical cord we needed.  Those small 50 amp cords are worth between $65 & $75 at most RV stores.  Ron sold it to us for $5.  Sure were a lot of people there already & he certainly has a lot of stuff for sale besides just RV stuff.  A lot of NASCAR memorabilia he has collected over the years.  Ron can be found on the west side of highway 21 heading north out of Grand Bend.  He is the owner & operator of FOUR SEASONS PERFORMANCE. 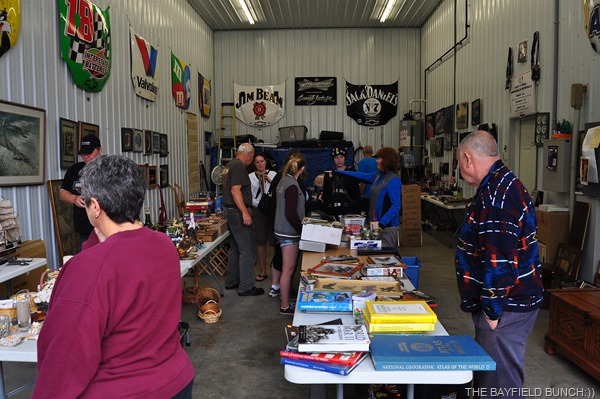 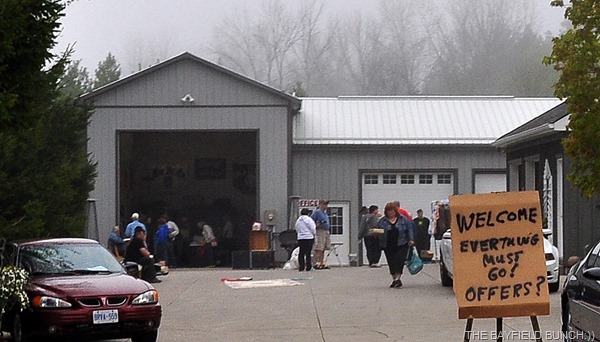 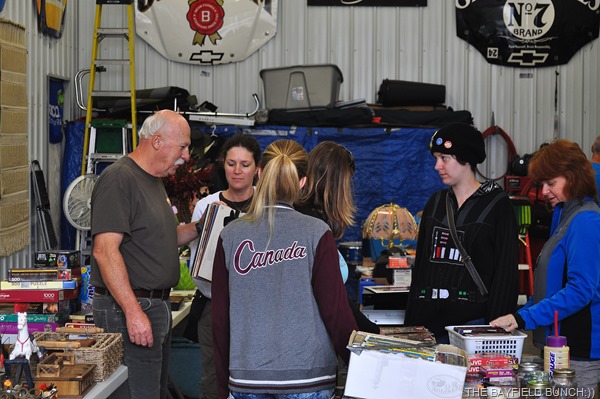 THAT’S RON HIS VERY SELF SELLING SOME OF HIS ‘BLACK SABBATH’ ‘METALLICA, & AC/DC ALBUMS:))

NO THEY WEREN’T SELLING THE HOUSE……………..
A stop at the Mennonite Bakery on the way home netted us a Pecan Pie & some meat.  These Mennonite folks raise their own cattle.  The Bakery is about 3 miles south of Bayfield on highway 21 & again anyone in the area should make this a priority stop.  You can actually see the Mennonite ladies making the pies.  And those pies are just the best of the best. 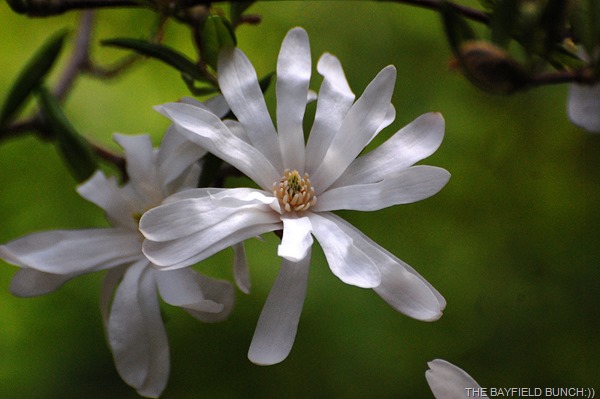 OUR FLOWERING MAGNOLIA SHRUB
Fog lifted late morning allowing a healthy batch of sunlight through the pines & we had what finally turned out to be a mighty fine weather day with temps in the low 60's making for another most enjoyable outside puttering day.  Took the hitch off the Motorhome & gave it a good clean up & grease job this morning.  A few more flower photos around our yard & an afternoon walk around the park’s pond with the Pheebs.  We sure live us in a nice place here……………………………. 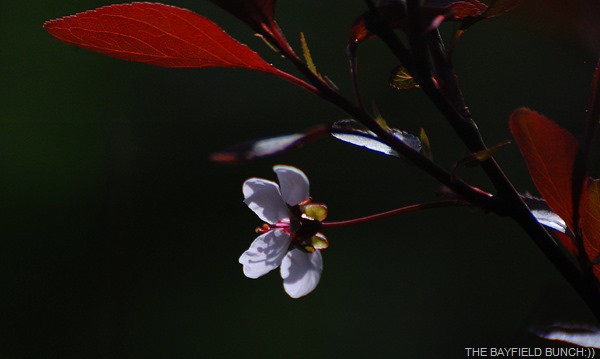 A SAND CHERRY BLOOM JUST OUTSIDE OUR SUNROOM WINDOW

GROANER’S CORNER:(( A couple was relating their vacation experiences to a friend. "It sounds as if you had a great time in Texas," the friend observed. "But didn't you tell me you were planning to visit Colorado?"  "Well," the man said, "we changed our plans because, uh..."  "Oh, tell the truth, Fred!" his wife cut in, "You know, it's just ridiculous. Fred simply will not ask for directions."

Scientists have shown that the moon is moving away at a tiny, although measurable distance from the earth every year.  If you do the math, you can calculate that 85 million years ago the moon was orbiting the earth at a distance of about 35 feet from the earth's surface.  This would explain the death of the dinosaurs. The tallest ones, anyway.