‘PRICE NOT NEGOTIABLE’ SO OUR HANOVER DAKOTA SLIPS AWAY:(( 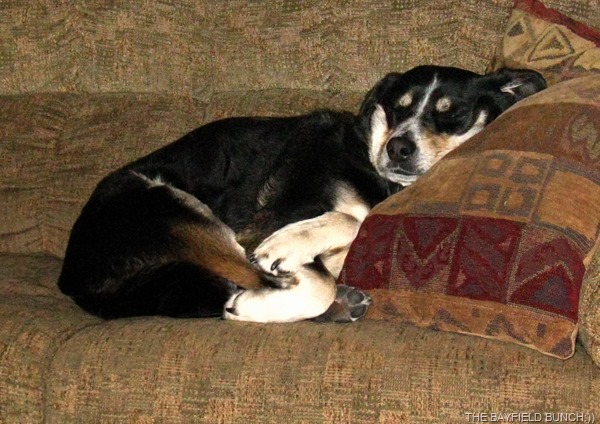 IT WAS JUST KIND OF A LAZY DAY AT OUR HOUSE

The hands on my time piece had not yet reached 8 a.m. & I was happily outside raking up pine needles in our driveway.  A quick glance at our outside thermometer told me why I was out there, it was 70F:))  Winds in the night had brought in a temporary fast moving warm front melting away the bulk of any ice & snow still remaining in our front yard & side driveway.  Figured I had better take advantage of warmer temps & continue my yard clean-up.  Within hours the temperature dropped to 40F.  This evening sitting at my computer looking out our sunroom windows I cannot see a single trace of snow left anywhere on the ground.  Nice:)) 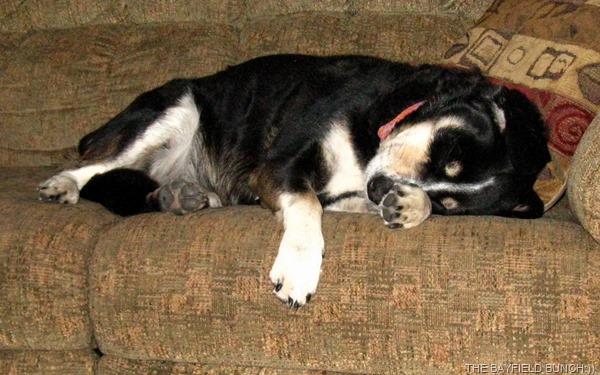 The thought of replacing our Jeep Wrangler at some point had been in the back of my mind for awhile but the thought of what to replace it with had not manifested itself until one day in Wickenburg when we drove over to have a look through the Habitat For Humanity store.  Walking across the parking lot with no thought in my mind whatsoever about buying or selling vehicles it was the design of a red tail light on a white pick-up truck that caught my eye.  How nice to see a tail light with some design & contour to it rather than the standard flat plastic look.  It did give me cause for a second glance as I walked by.  Ten minutes later heading back across the parking lot the truck was still there & it was those same tail lights which again caught my eye & I mentioned to Kelly I thought it was a nice looking little truck.  We stopped, walked over & had a closer look at it.  Name on back said it was a Dodge Dakota Laramie.  Decal on rear fender said it was a 4x4.  And by golly it even had 4 doors.  And that’s when the light bulb came on & started the wheels rolling.   Soon as we were back to Congress an hour later we were both on our computers looking up Dodge Dakotas as well as other used mid sized trucks.  The more we thought about mid sized 4x4 trucks the more it just seemed to make perfectly logical sense that this would be the right type of vehicle to replace Jeepers with if we should decide to do so. 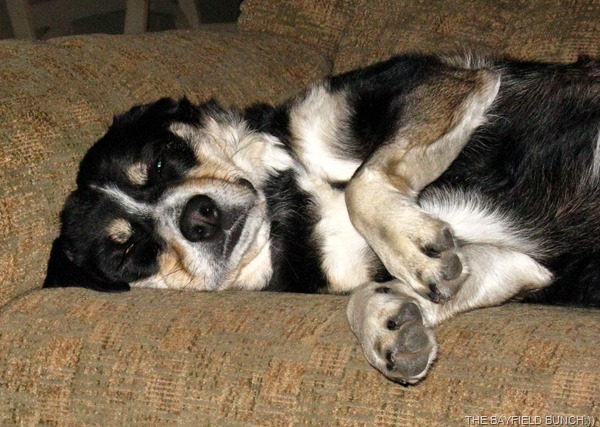 ‘STOP BUGGING ME WITH THAT CAMERA WILL YA DAD’

I know some folks have suggested a 4 door Jeep but those newer Jeeps are financially waaaaaay out of our reach.  We are looking for something in the same price range we can sell our Jeep for.  And from a phone call this morning it looks like the Hanover Dakota’s asking price is not negotiable so I’m afraid that deal has now slipped away so we will resume our hunt for Jeeper’s replacement.  Too bad because I had taken a liking to that truck.  At least we finally had ourselves a close up look & hands on with a Dodge Dakota.  Now to find the right one at the right price.  Can’t believe how many black & dark colored mid size trucks we have come across since looking on-line back here in Canada.  Obviously a lot of folks like darker colored vehicles further north but Kelly & I sure are not of that preference.  We will be looking for a light gray or silver like the Hanover Dakota, white, or a light tan color.  I’m thinking we may be looking for a long time……………………………..

Not a darn thing I can tell you about the rest of our day.  Had the temperature not plummeted this morning I’m sure I would have been outside doing stuff & taking some photos etc.  Of course I’m never stuck for Photos with the Pheebs around:)) 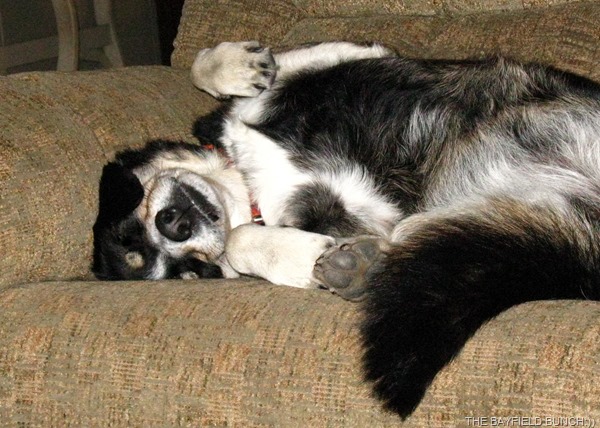 OFF TO LA-LA LAND AGAIN

GROANER’S CORNER:(( I love the outdoors, and because of my passion for hunting and fishing, my family eats a considerable amount of wild game.  We eat so much wild game, in fact, that one evening as I set a platter of broiled venison steaks on the dinner table, my ten-year- old daughter looked up and said:  "Boy, it sure would be nice if pizzas lived in the woods."