I HAVE SOME ‘COOLING’ PHOTOS TONIGHT FOR ALL YOU FOLKS IN THE HOT SUNNY SOUTH:))

One of the nice things about inclement weather is that it really makes one appreciate the nice weather when it does arrive.  Although just above the freezing mark today we did enjoy big bright sunny skies & that made all the difference in lifting our spirits.  No doubt about sunshine being therapeutic.  And it’s free.  Now how nice is that:)) 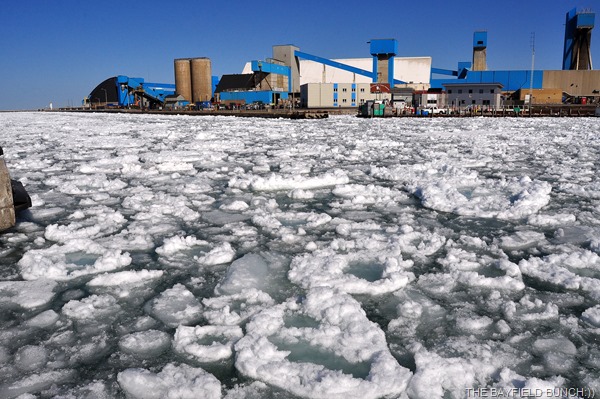 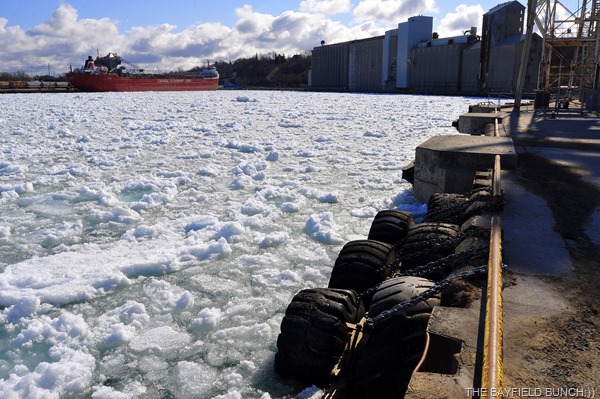 SURPRISED TO SEE SO MUCH ICE STILL IN THE INNER HARBOR 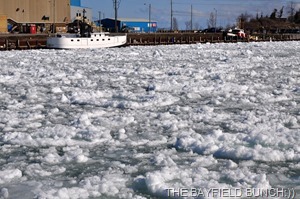 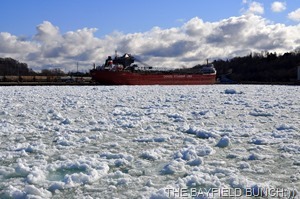 Pheebs & I didn’t waste any time in firing up the Libbygator & by 8:15 we were on the road for our first shakedown cruise.  Headed straightaway for the CANADIAN TIRE STORE in Goderich to pick us up a new set of floor mats.  The one’s we had in the Wrangler were to big for Libby.  Picked up a trailer hitch as well & had that installed within minutes.  Needed that for pulling the utility trailer. 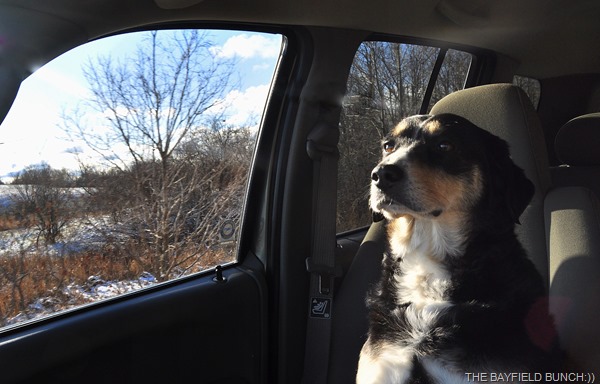 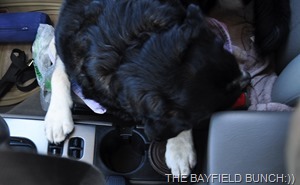 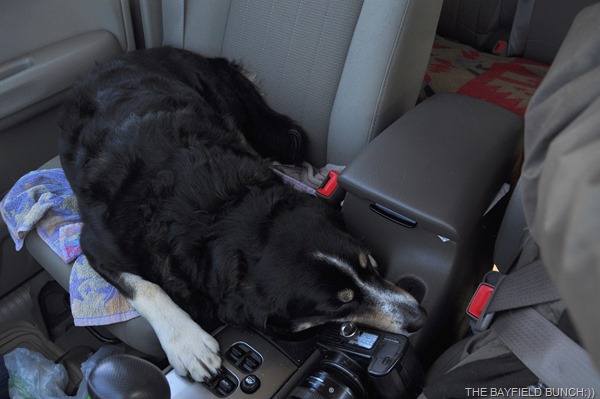 Took us for a drive down around the Goderich harbor & was surprised to see it choked full of ice chunks.  Just last week that inner harbor was ice free but with shifting winds moving the ice in & out of the harbor it’s not always predictable where the ice will be from one day to the next.  The ice field stretched along the shoreline for as far as I could see. 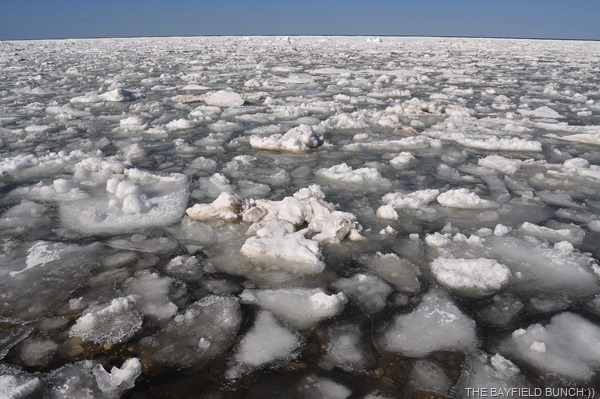 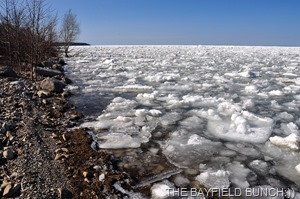 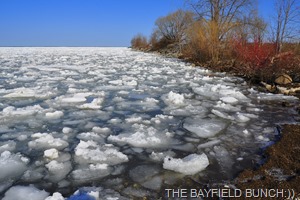 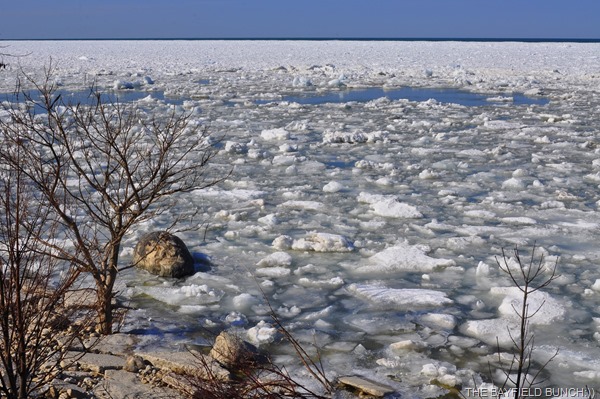 Took Pheebs for a walk along the shore & it was interesting to hear the little crunches & shuffles of melting ice as all the bits & chunks bobbed ever so slightly on Lake Huron’s almost still waters.  An onshore breeze blowing across the ice pack combined with cold lake waters made for very frigid temperatures & we soon had to get ourselves back into the Jeep & crack on some welcome heat. 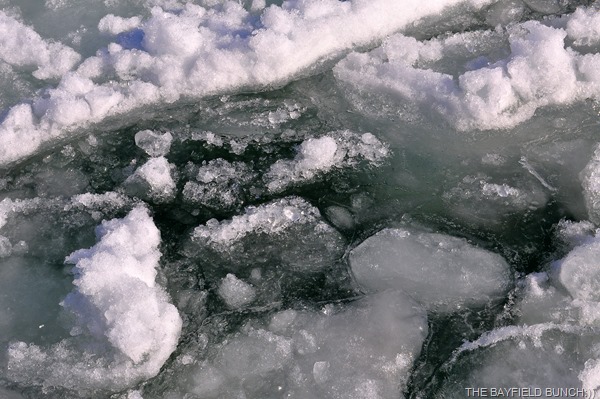 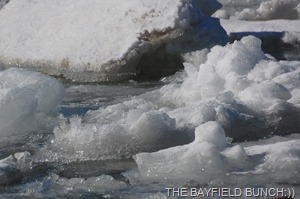 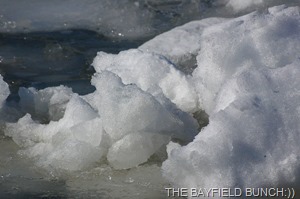 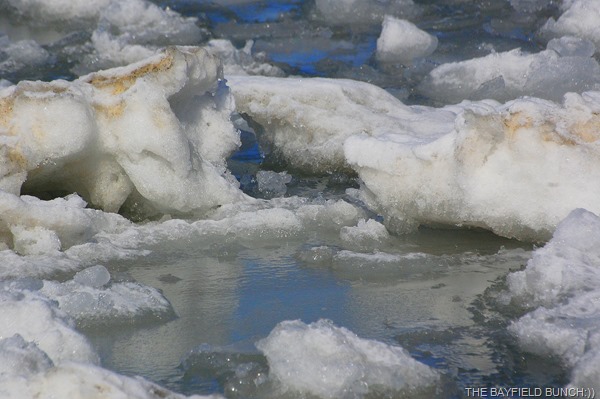 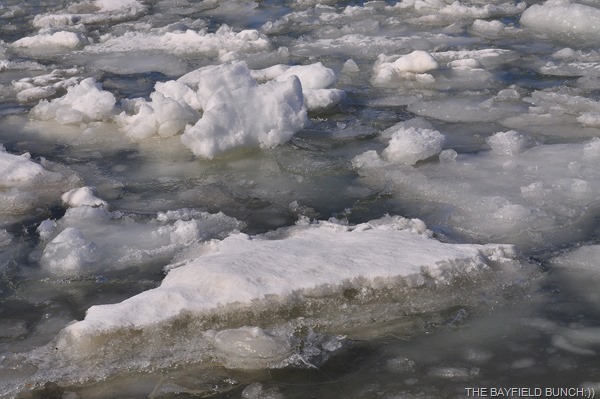 We wandered a few gravel roads between Goderich & Clinton getting to know Libby better & figuring out where things fit best.  Found a spot between the front seats where both my cameras can ride, tried out the coffee holders with a ‘Horton’s coffee & that checked out fine as well.  Pheebs bounced around between the front & back seats but spent most of her time sitting right up front in the passenger seat watching out the windows.  I like the fact I can now easily put any window down with the touch of a button.  Makes it much easier for me if I want to take a photo out the passenger side window.  No more stretched out across the seat hand cranking the window down with one hand while steering the Jeep with the other.  Really like the sound system & with bigger tires the Liberty does ride better than the Wrangler.  By the way I noticed this morning Voisin Chrysler even put on a new spare tire. 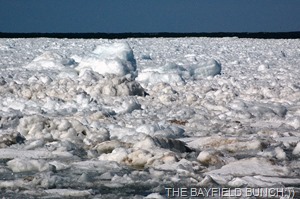 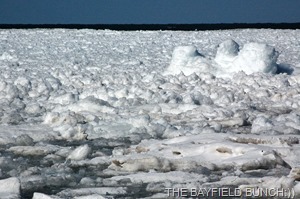 One thing I find extremely annoying though is the over the top security system.  We had the same hassle with a GMC pick-up truck years ago.  The Libbygator has something called ‘rolling locks’ which means it automatically locks all the doors once you get rolling & I don’t like that.  It seems every time I stop & get out the Jeep wants to lock itself up like Fort Knox.  Want to get something out of the hatch….nope, locked!!  Open a back door to let Pheebs out….nope, locked!!  Seems if I sneeze too hard the security system sees that as a threat & locks everything down.  Well it seems that way anyway.  Living out here in the country like we do we’re just not used to constantly being under a heightened top security lock-down & it’s only a matter of time until we lock ourselves out of the car.  We plan to have that ‘rolling lock’ system de-activated. 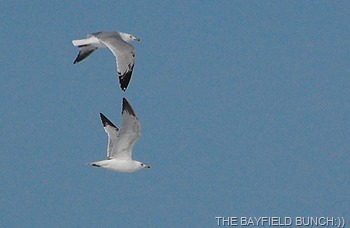 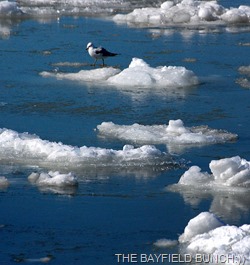 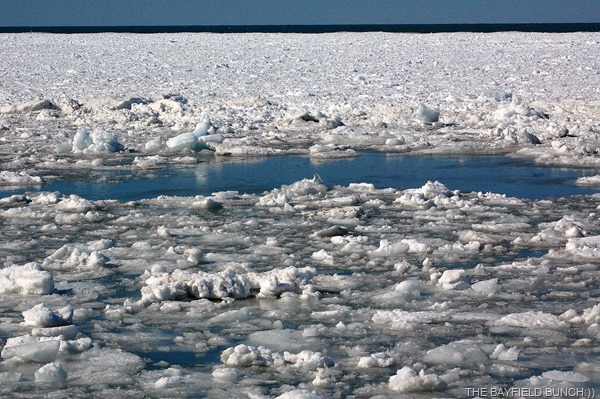 Figured since we were near the little village of Clinton & it was getting up close to lunch time we’d head us on into town & rustle us up a Tuna Sub.  Well it didn’t take long to have ourselves a big mess going on in the front seat with crumbs here, sub sauce there plus chunks of onion & green peppers between the seats & on the floor.  Yep, this little Jeep Liberator was going to work out just fine.  A quick trip to the car wash & we were on our way home 10 minutes away. 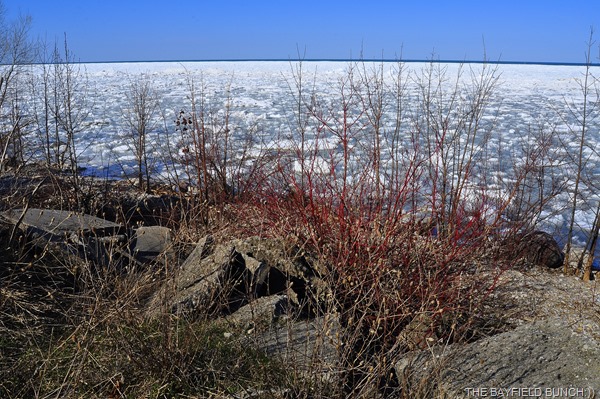 Still way too cold to get the hose out & give Jeepers a good wash but I did clean up some bumper parts & nearly froze my hands off.  Despite all the glorious sunshine I finally had to give in & head inside.  No matter though it was still just so great to have sunny skies all day.  Saw an email on the computer from Aunt Jean down there in that Sarasota Florida place & by golly she just bought herself a real nice Condo at Lake Tippecanoe in Sarasota.  Lots of excitement going on down there for Aunt Jean right now:)) 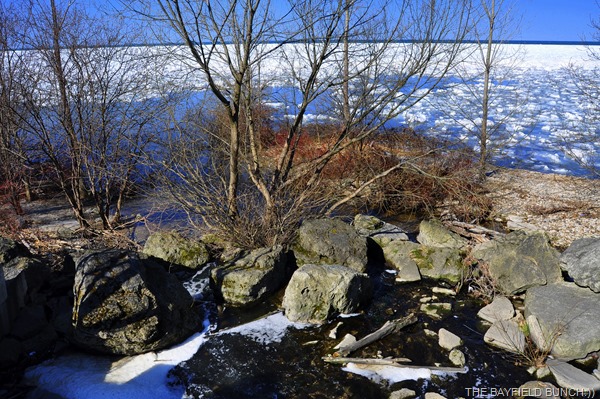 GROANER’S CORNER:((    Two paramedics were dispatched to check on a 92-year-old man who had become disoriented. They decided to take him to the hospital for evaluation.  En route, with siren going, they questioned the man to determine his level of awareness.  Leaning close, one asked, "Sir, do you know what we're doing right now?"  The old man slowly looked up at him, then gazed out the ambulance window. "Oh," he replied, "I'd say about 50, maybe 55."