GOT A START ON THE YARD CLEAN-UP, HEMMINGWAY, PLUS PHEEBS & I HEAD FOR THE BEACH 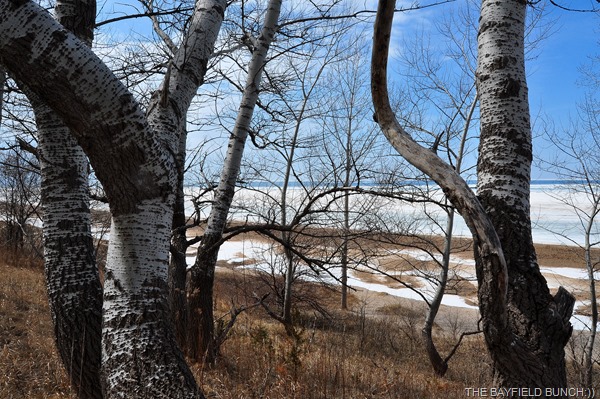 Despite patches of crunchy snow along the shaded forest path we did make it all way round our walking trail this morning.  It is but the first of many walks we will do along this wooded path over the next 6 months.  We could tell Pheebs is just sooooo happy to be home as she’s constantly on the run sniffing this & chasing that.  She seems to know she doesn’t have to worry about getting cactus stickers in her paws. 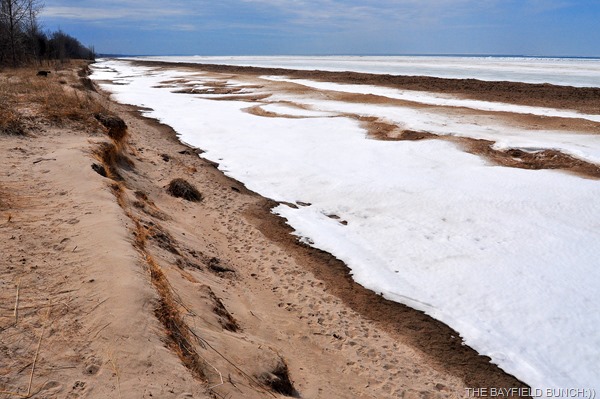 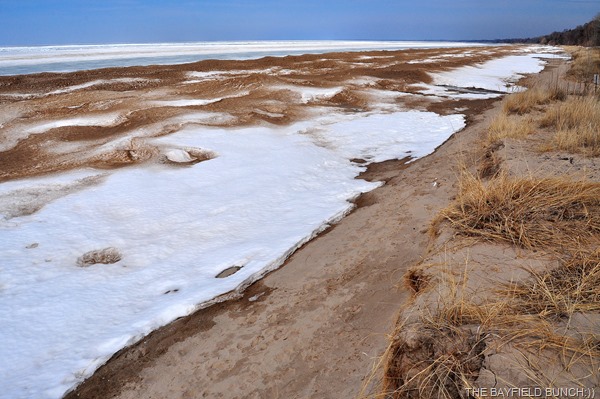 Weather forecast is for rain beginning tonight & lasting until the end of the week.  That’s going to be a long time stuck inside so with today’s sunshine & warming temperatures I figured Pheebs & I had better get out for a couple hours this afternoon & enjoy some scenery while we could.  Our travels took us southeast over to the town of Exeter then west to Grand Bend on Lake Huron before swinging north for home again.

SAW THIS SMALL BIKE GROUP ON THE BEACH IN GRAND BEND 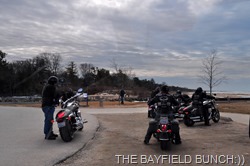 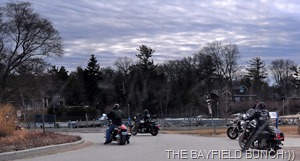 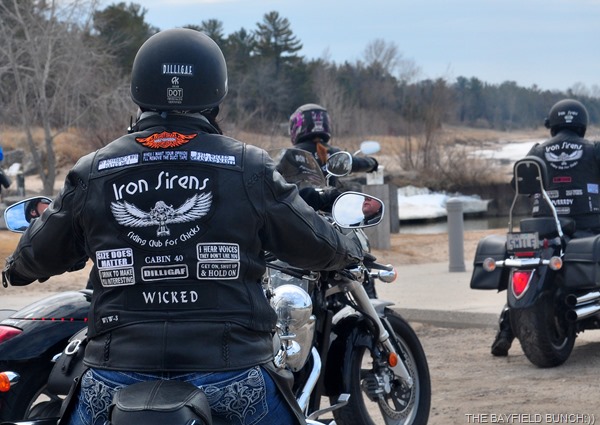 Our warmer day melted enough snow around the yard by late afternoon that I was able to begin raking up leaves, pine needles, & small branches.  I know it isn’t everybody’s cup of tea but Spring clean-up is Spring tonic for me.  Just love getting outside & getting at it.  Have always enjoyed taking something that is a mess & making it look nice again. 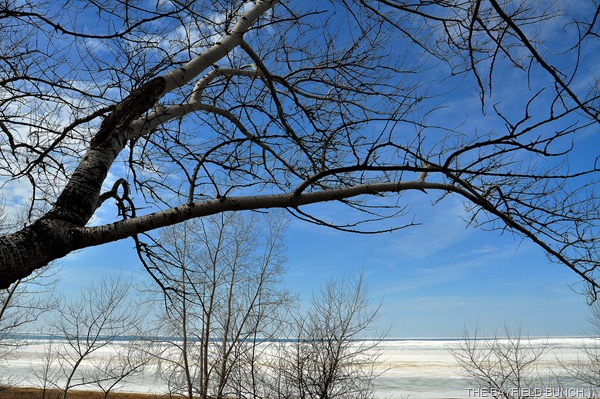 I’m still having a little problem with my blog photos not looking just quite right yet.  Kevin from Travel with Kevin and Ruth mentioned a fix in Blogger/Googles settings which I did & I’m convinced it helped my problems with errant colors & densities.  Had to uncheck a box that was allowing Blogger/Google to enhance photo colors.  Just bugs me when these companies meddle in things they have no business meddling in.  Now if I can just figure out why my photos are appearing in my blog on the grainy side as if someone threw a hand full of sand on them.  Most of my photos are clear & crisp when I place them in my blog post but when my blog publishes & I look at the photos they are no longer sharp.  It seems this is something that just started a few months ago as well. Any ideas?? 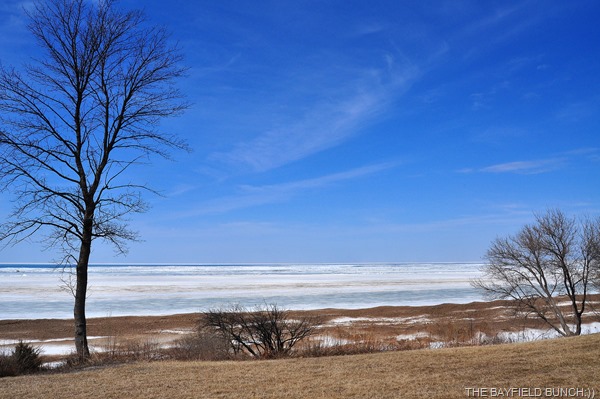 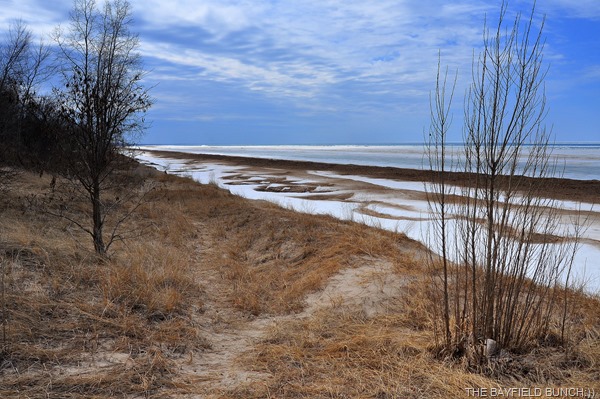 Had myself a chuckle when Craig from Merikay's Dream sent an email directing me to read an Ernest Hemingway quote in a blog called, In Pursuit Of Idle Pleasures.  Craig said, You have some things in common with Ernest Hemingway.  Here is Hemmingway’s saying: “When spring came, even the false spring, there were no problems except where to be happiest. The only thing that could spoil a day was people and if you could keep from making engagements, each day had no limits. People were always the limiters of happiness except for the very few that were as good as spring itself”. ~Ernest Hemingway.  Well I guess I sure do have something in common with Mr. Hemingway alright………………. 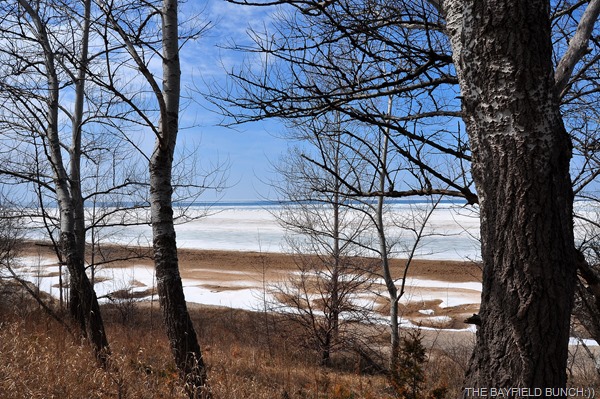 GROANER’S CORNER:(( There was a gentleman in the hospital bed next to me. He was covered with bandages from head to toe. I said to him, "What do you do for a living?"
He said, "I'm a former window washer."  I asked, "When did you give it up?"
He replied, "Halfway down."

William Tell was not only a great patriot and a great archer, he was also a great cook.  One day, after he had prepared a new dish for his friends, he said, "I think there is one or more spices missing. What do you think?"  Their answer was, "Only thyme, Will Tell!"