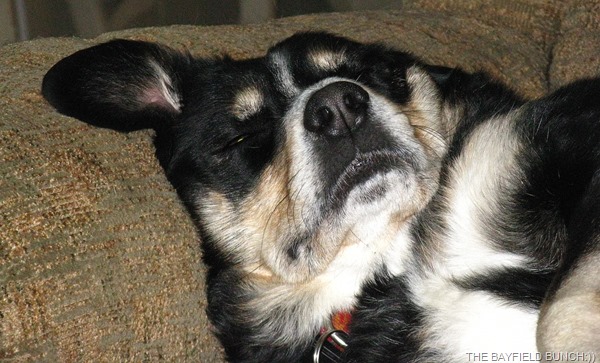 SOME DAYS ARE JUST MORE SNOOZIER THAN OTHERS AROUND OUR HOUSE

No. 1 - I’m thinking it was in Colorado somewhere a month ago on our journey home that I heard a sharp snap on our rig’s windshield as a passing truck went by.  Later noticed a stone chip high up on the driver’s side.  No. 2 – Started up the rig’s generator a couple days ago, it ran for about 15 seconds then shut down.  That is designed to happen if an RV’s gas tank is down to a quarter.  Prevents a generator from running an RV’s gas tank dry.  Checked our gas tank & it was just below half.  Oh-Oh.  No. 3 – Had forgot to plug the Big EEE into electricity & noticed our solar batteries were critically low after a number of cold cloudy days.  Generator was out of gas so the only way to get those batteries charged up right quick was to fire up the rig’s engine.  Well if I have to run the engine we might as well go somewhere, right?  Aha, I had a legitimate excuse thinly disguised as a few good reasons so I took the numbers 1,2, & 3 excusons & turned them into one big good darn reason for Pheebs & I to get in a few road miles this morning & head ourselves off to Goderich. 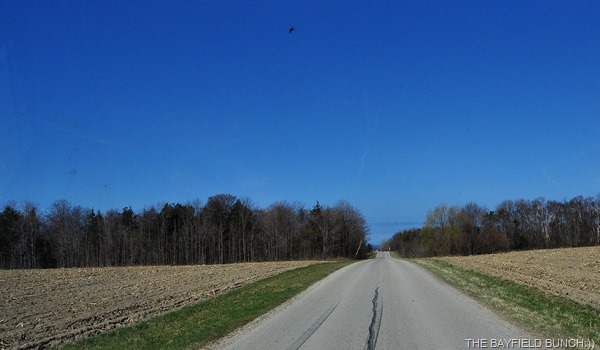 First stop was the gas station where we threw a fifty dollar bill into the gas tank bringing the tank up to slightly over half.  Next stop across the road was ‘Speedy Glass’ to have them check out the ding in the rigs driver side windshield.  Said it was fixable & to bring it back Friday morning at 8:30 a.m.  Bonus, another chance to drive the rig somewhere:))  Right beside Speedy Glass is McDonalds so I hopped over there for a coffee & carrot muffin to go.  Pheebs & I split the muffin on the way home & got us a big mess of muffin crumbs everywhere.  No problem because the rig is due for one big clean-up anyway.  Weather has just been to crappy for us to get out & get the interior all ‘spic n span’ again since arriving home from the Southwest.  At home later I hit the generator button & the gennie fired right up & kept running so it’s good to know that our gas tank has to be nearly half full for that generator to have enough fuel to work. 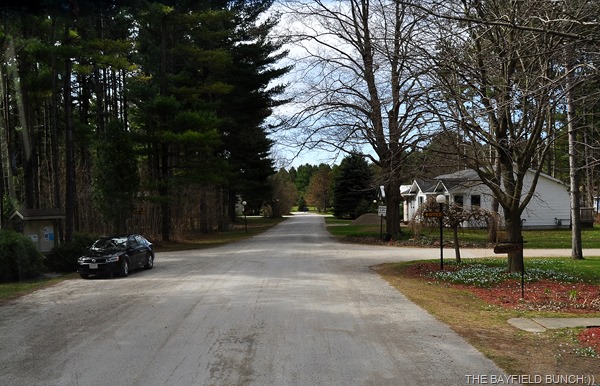 Hooked up a couple garden hoses & cleaned a lot of sludge out of our front yard frog pond.  Topped the water up & tomorrow I’ll hook up the pump & get the pond’s waterfall going for another season.  Sure is lots to do each Spring but it keeps me busy & busy is a good thing for an idle mind.  Hauled a big utility trailer load of pine needles to our recycle area with the Libbygator this morning so it’s nice to know everything works well there.  Got the Liberty’s manual out this afternoon & figured out how to shift the automatic transmission into 4 wheel drive etc.  Had never done that with an automatic before.  Basically it’s the same procedure as the Wrangler except instead of using a clutch pedal for neutral one pulls the automatic gearshift into the neutral position before re-engaging the gears.  Next I gotta read up on the procedure for towing ‘4 wheels down’. 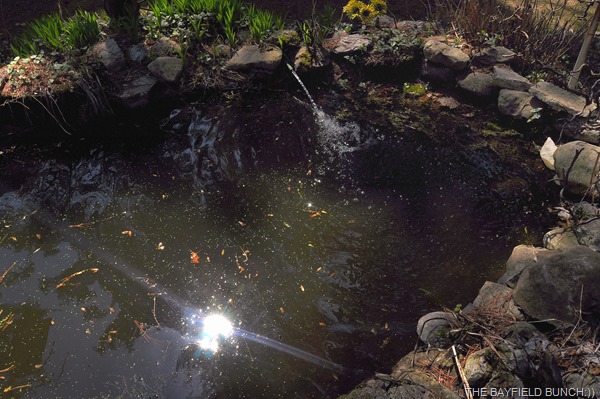 It’s been nearly a month since we have been home from the Southwest now & I’m doing pretty good so far.  Haven’t been bugged by that usual hitch-itch wanderlust thingy yet.  Usually after being in any one place for longer than 2 weeks I get pretty antsy about moving on to see & do something different somewhere.  Actually sometimes the more I think about it I’d say a little more stay at home contentment would be welcome for a change.  Sure would make my days less gnarly if I wasn’t always thinking of places I would rather be other than the place where I actually am.  Summer travels are really not in the cards for us anymore.  We had thought of a trip to British Columbia or Canada’s east coast where Kelly has never been but the harsh reality is simply the costs involved of doing those trips.  Keep in mind with the expense of a house here in Bayfield & another one in Congress Arizona funds have a tendency to get stretched a little thin at times & we are forced to prioritize.  And priority one is to never have to spend another winter in Canada!!  We do hope to do a few shorter trips this summer but unfortunately we will not be doing any long ones like we once thought we could. 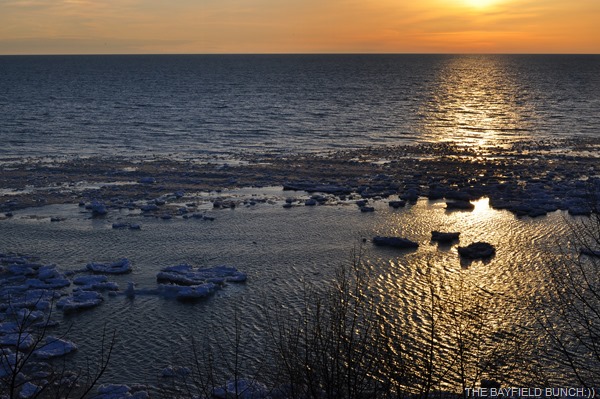 GROANER’S CORNER:((  An expert on whales was telling friends about some of the unusual findings he had made. "For instance," he said, "some whales can communicate at a distance of 300 miles."  "What on earth would one whale say to another 300 miles away?" asked a sarcastic member of the group.  "I'm not absolutely sure," answered the expert, "but it sounds something like this: 'Heeeeeeey! Can you hear me nowwww!?!'