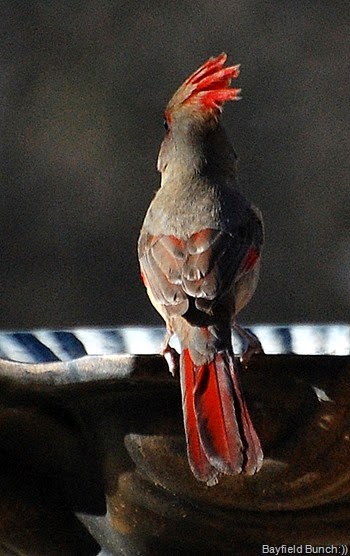 Took me some huffin & puffin this morning but eventually I had one end of my skeleton buried in the ground & the other end sticking straight up pointing skyward.  Good thing it was only one end I had to bury because this thing was heavy.  Easiest part was digging the hole with the hardest part being to stand the skeleton upright in that hole.  What made it extra hard was the fact it was water logged after our recent rains & weighed about twice as much as it’s normal dried out self.  I’m talking about a Saguaro skeleton of course & it was lying on the burning pile at our neighbors.  I knew it was there because I was the guy who put it on the pile last year while cleaning up the property.  Had dragged it to the burning pile after finding it on the ground, a place it had been for years if not decades.  Saguaro cacti have wooden like ribs in them & when a Saguaro dies all the green fleshy part of the cactus rots away leaving a wooden skeleton.  Saguaro skeletons are common in the Sonoran desert where mighty Saguaro’s grow tall & stately. 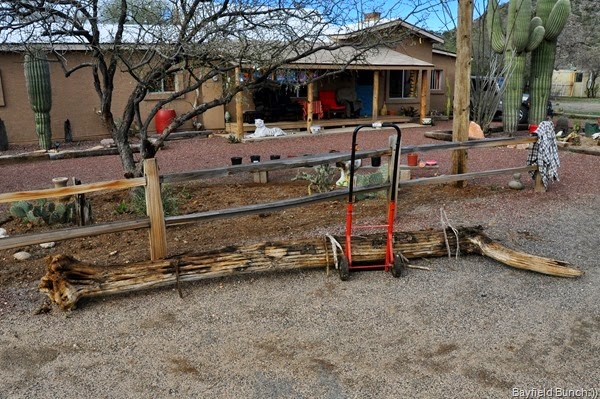 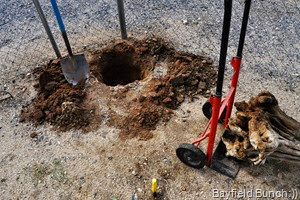 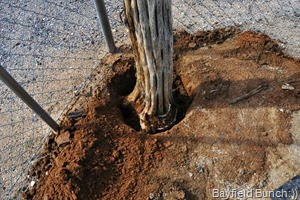 HOLE IS DUG & IN GOES THE SAGUARO SKELETON 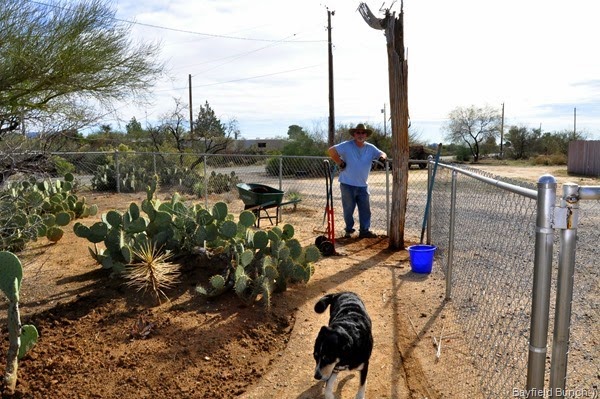 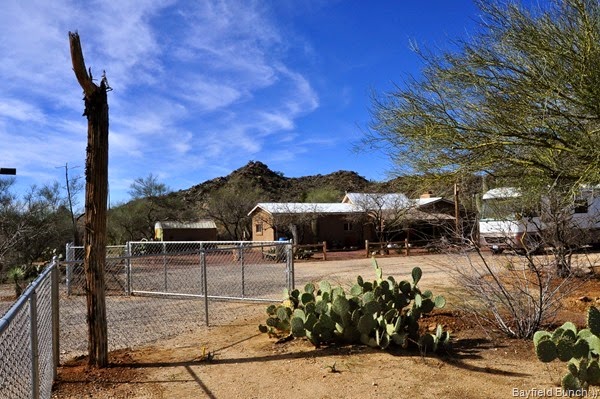 Also dug-in a few individual Saguaro ribs in our southeast cactus garden as well.  Of course they serve no practical purpose other than to make feel people ask, ‘now why would he stick a couple pieces of wood in the ground.  Guess my answer might be, “well I got kinda bored & went out & stuck some sticks in the ground.”  How’s that:)) 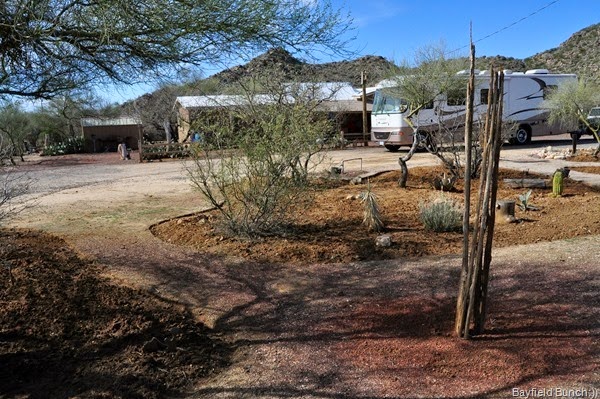 DUG IN SOME SAGUARO RIBS AT THE RIGHT

Been a long time coming but BIGDAWG AND FREEWAY are just now days away from realizing a long time dream.  Excitement is building as they happily approach an exciting lifestyle change.  We have followed these folks for many years now & it’s nice to see how they have finally managed to pull everything together for their retirement. 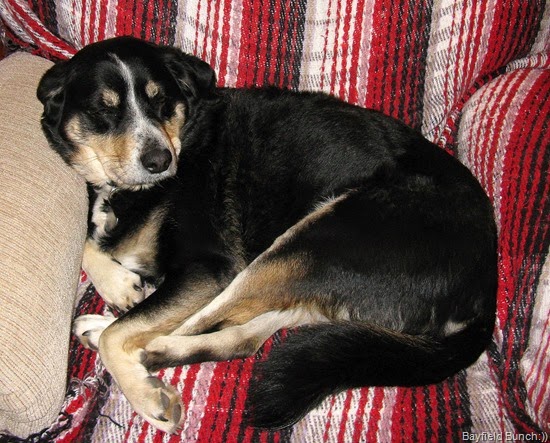 Glad to see someone has written a post about the Cibola Wildlife Nature Refuge.  Located just west of the Trigo Mountains between Quartzsite & Yuma along the Colorado River it is a place Kelly & I have considered going but no one we talked to over the years seemed to know too much about it.  Reading Nina’s post this morning, A Watery Oasis I see it is a place we would very much enjoy & perhaps next winter we’ll see if we can slip into that area for a few days. 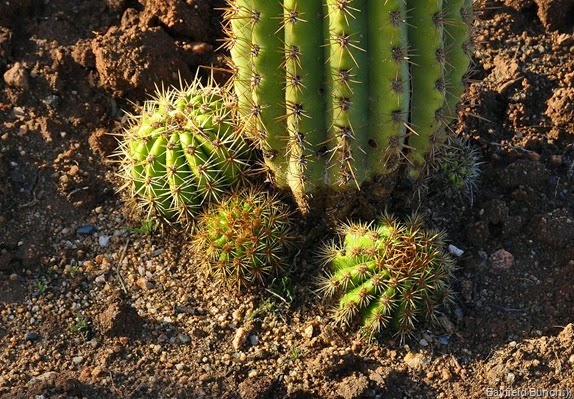 Decided tonight for a change of pace I’d pull something out of my archive memories.  It’s called, ‘Hats….Who Need’s Em’!!  Wrote this in June of 2010.  I recently edited & updated the post & these original 2010 thoughts are still my same ‘hat thoughts’ today……………. 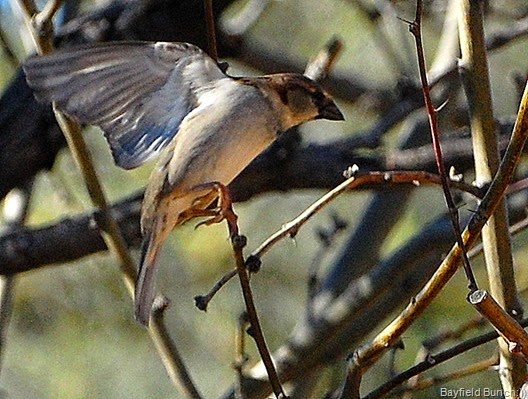 For over 60 years I got away with not having to wear hats.  Never did like the darn things anyway.  Always figured they made people look kinda silly & what useful purpose did they serve besides making people look....well, kinda silly. 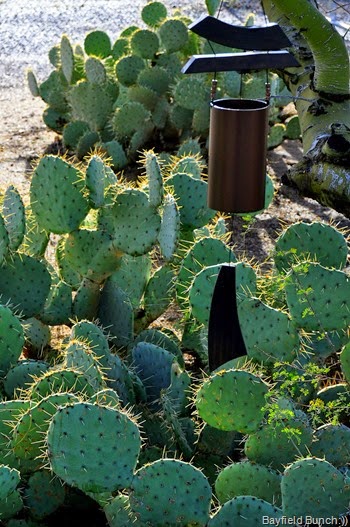 I never liked ball caps & that's probably because they were always popular & most all the guys were wearing them.  Curved brims, flat brims, big letters, flashy logos & whatever else could be dragged through the garden & put on them. Always liked Cowboy hats though but up in our neck of the woods in southwestern Ontario a feller runs the risk of being carted off in an unmarked white windowless van if he were spotted wearing a cowboy hat.  Kinda like Woody, the cartoon character in Tom Hank’s movie, Toy Story.  Ya just kind of stick out like a sore thumb!!

Never had to wear a hat until we started RVing back in the Fall of 06.  And, I say I had to because I sure wouldn't plop one of those clothy Mossmagators on my head if I didn't have to.....but here's my problem!! 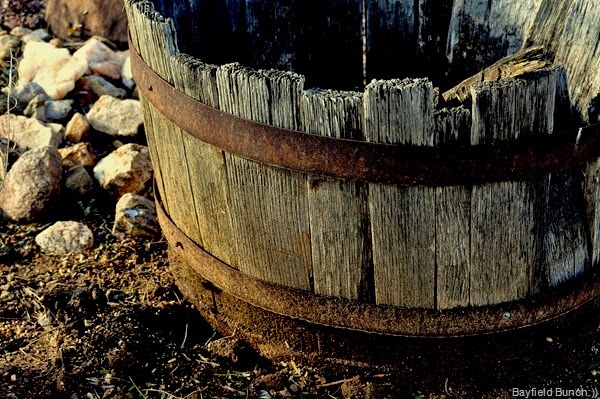 I'm pushing 66 (actually 71 now) & still have a full head of hair & it's naturally curly.  I can quickly look like a bushy wind blown Brillo pad on any given damp day.  I have a tendency to grow my hair a bit on the long side because I don't care for that shaved billiard ball look that is supposed to be so cool these days.  Don't want to be thought of as 'going with the flow' you know!!  Besides why cut off a full head of hair when I’ve already got a full head of hair. 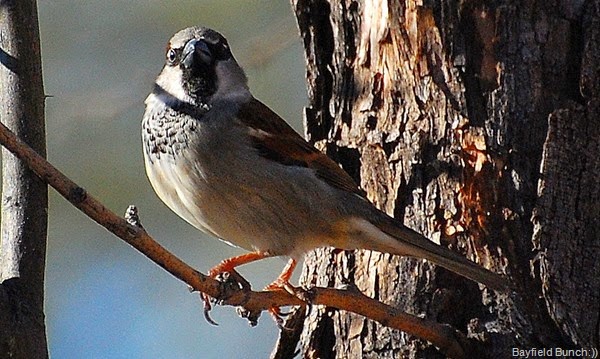 But most of all my hair problem begins sometime in the night when I'm sleeping.  I go to bed looking reasonably civilized for 70 but by the time morning rolls around my head looks like the whole Chinese Army did a route march right from one side of my head to the other.  And, by the looks of it they all apparently wear hob nail boots too.  I’m quite a scary looking mess.  Think ‘Kramer’ from Seinfeld.

THIS CACTUS, TRAMPLED 2 SUMMER’S AGO IS FINALLY RECOVERING & MAKING A COMEBACK
When we are home for the summer I can get away with this because I have a shower every morning & wash my hair.  I can get it wrestled down into some kind of controlled flattened pattern of sorts & if I mousse the dickens out of it enough the pattern might hold for the day thus preventing me from scaring small children & elderly folks. 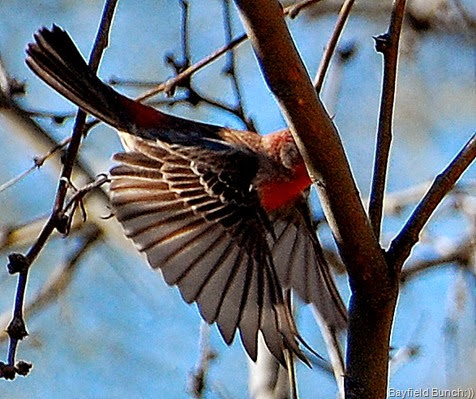 Boondocking is our preferred lifestyle while we are on the road during the winter season & because of a limited water supply I am unable to have that daily morning shower or even wash my hair in a bucket.  Only option I have is to stick one of those wig like monkey caps on my head to cover up frazzled hair. 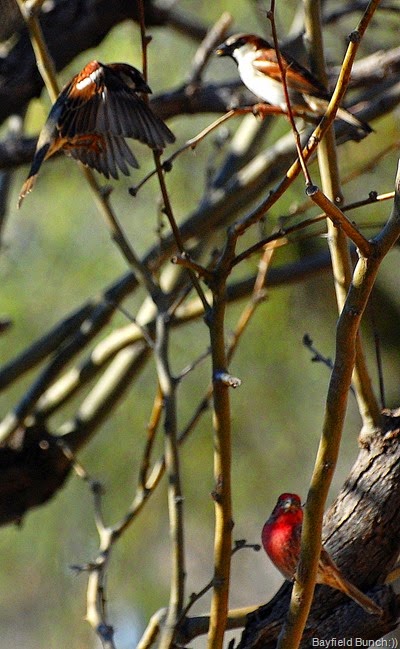 Luckily, in the American Southwest cowboy hats are the norm & preferred head gear for most locals out in the mountains & desert regions.  Big hats in a big land just seem to go hand & hand.  I blend right in with my big 22 ten ton cowboy hat & I am totally comfortable with that.  Besides as a small boy I was running around with a cowboy hat on anyway.  Weren’t we all.  However at this later age now there are some additional problems wearing a big round brimmed Mossmagator on my head.  We have a small Jeep & I have a big cowboy hat.  Only room for one of us in the Jeep at the same time with the hat either getting knocked off getting in or continually poking the back of my high seat pushing my head forward.  The wide brim interferes with my picture taking as well but then again so does the brim on a ball cap unless I spin it around backwards which by the way you can't do with a cowboy hat or your going to end up looking like the east end of a horse going west. 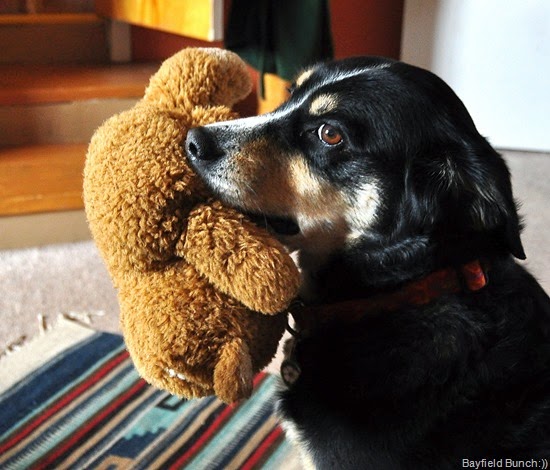 I tried wearing my black cowboy hat to work one day a bunch of summer’s ago.  (I drove a wheelchair mobility van part time back in 2010) There isn't a lot of room to maneuver around in the back of a mobility van & the hat kept falling or getting knocked off my head while I tried to fasten various floor belts to wheelchair frames.  The last straw came when I bent over to fasten one of the floor belts onto an elderly ladies wheelchair one day.  Hat fell off & landed in her lap.  She quickly beat it to death thinking she was being attacked by a giant black widow spider!!

QUITE THE COLORFUL PANTALOONS THIS LITTLE GAL IS WEARING 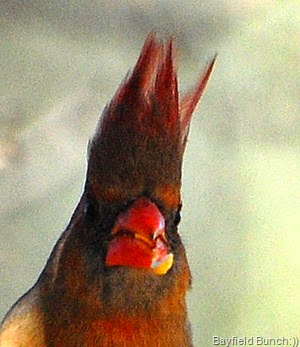 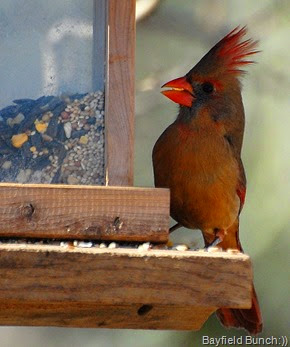 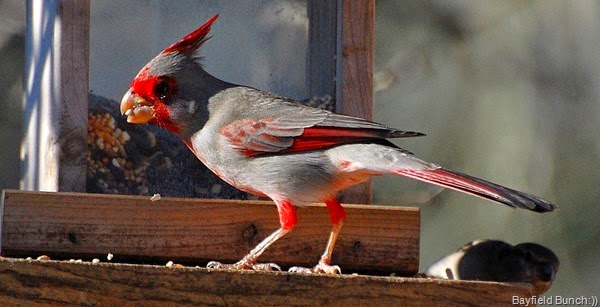 Now, here's the really scary part.  This winter time RVing hat habit of mine has now followed me home every year!!  First noticed back in 07 that I was beginning to wear those menacing head muffins even though we were home & I was back into my daily shower routine.  Now without even thinking anymore I just automatically reach for one of my goofy ball caps or straw hat every morning & head out the door looking unthinkingly silly which is what made me write this whole hat post in the first place.  You know, sometimes I think that bombastically big bald billiard ball look just might not be too bad afterall…………10-4 & them there’s my thoughts on hats:)) 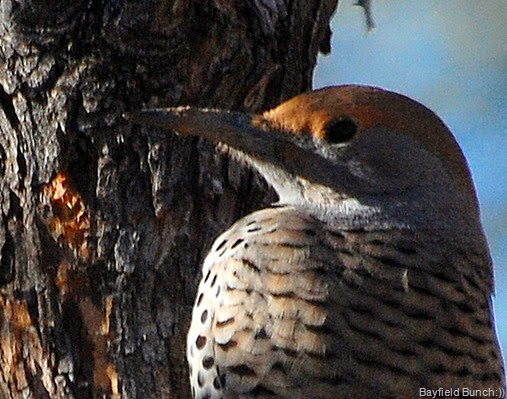 GROANER’S CORNER:(( My son, a Naval Officer, came home from a three-month deployment aboard his submarine, and told us that one of the ways the sailors kept up morale was to make wooden cars out of kits and run derby races.  "What do you do for a ramp?'" my husband inquired.  "Don't need one," he said. "We just put the cars on the floor and then tilt the sub."