KELLY TO THE DENTIST, PHEEBS TO THE VET, & AL VARNISHES UP SOME STUFF

Kelly had an 8:45 a.m. appointment in Wickenburg this morning.  No not a normal medical appointment…..a dentist appointment.  Awhile back she had a tooth filling come out so it was time to have that repaired.  It would be the first of 2 trips to Wickenburg for appointments today but the second appointment wasn’t for Kelly or I. 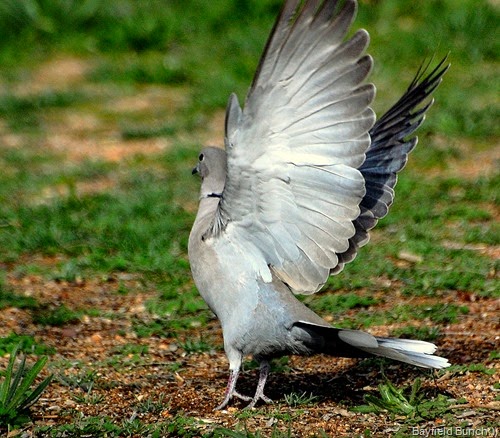 LIFT-OFF FOR THIS RINGNECK DOVE

Slowly emerging from this past week’s docile state I grabbed a couple paint cans & did a little touch up work to a recent paint project in our dining room.  After that out came a can of varnish & I set to work putting a protective coat of varnish on some of Kelly’s rock paintings, our big outdoor hand carved Mexican bird statue, a wooden table top & a semi round rock.  Nice to get interested in a few little work projects again. 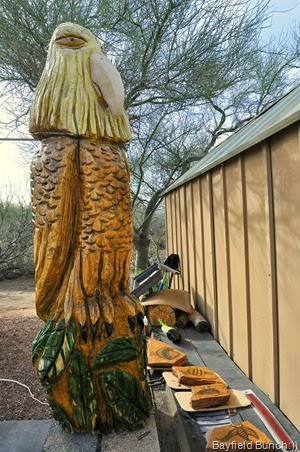 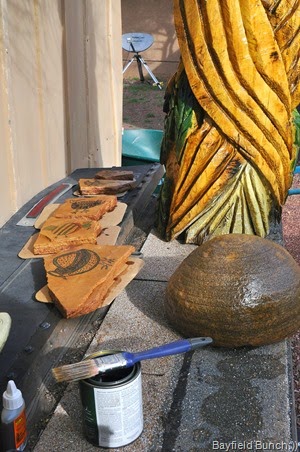 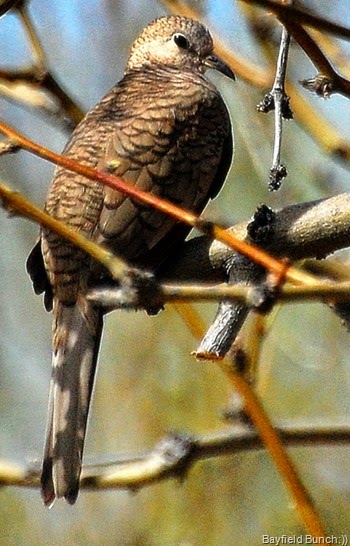 <<< INCA DOVE IN OUR MESQUITE TREE

For those of you out here who don’t get the RV Lifestyle I suggest you drop in on the folks over at Phannie & Mae & read Mike’s thoughts.  I do well understand & agree with what he is saying & for any retired folks financially comfortable & in good health asking the question, ‘is this all there is’ I would say ‘no it isn’t’.   Take a serious look at the RVing lifestyle, grab yourself an adventure & hang on.  What better way to turn the clock back than to pump some youthful excitement back into those tired aching muscles & get that lethargic blood flowing again.  Take those tired old bones for a walk or drive to your nearest RV dealer, kick some tires & put yourself into the drivers seat of an RV & imagine towering mountains, shimmering lakes, sprawling deserts, waving palm trees, & seashores with never ending coastlines all yours for the seeing.  Just wind yourself up & let yourself go:)) NO I AM NOT TURNING AROUND & YOU CAN’T MAKE ME EITHER!!

Kelly’s dental appointment this morning went well.  No consultation or x-ray stuff resulting in a second appointment & she was able to have the problem tooth repaired on the spot with a new filling.  Kelly was very impressed with the nice personable & honest dentist.  Dr. David C. Uthoff D.M.D Family Dentistry 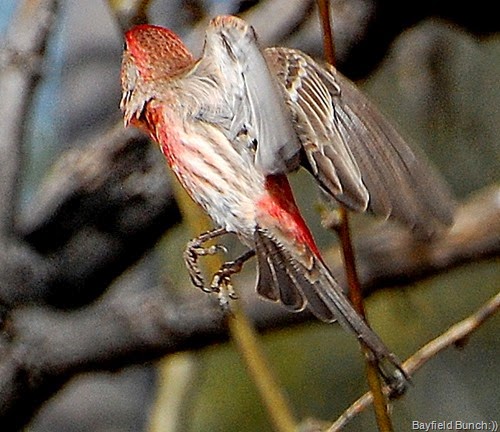 HOUSE/PURPLE FINCH TAKES OFF FROM THE BIRDFEEDER

Mentioned earlier about 2 trips to Wickenburg today & that second appointment was 4 p.m. for Pheebs.  Weather is warming up & soon we will be into more daytime 80’s & that means hibernating creatures will be emerging from their winter hibernations.  Some of those creatures are Rattlesnakes.  Pheebe had her anti-venom shot a year ago about this time & today’s appointment was a third booster shot to that original shot.  Of course Pheebs was as good as Gold as the Vet checked her over which is part of the appointment.  Although I haven’t seen a live Rattlesnake myself yet Kelly & I did see 2 dead ones 2 years ago in March & Kelly saw a live one last March down at the end of Ghost Town Road but the Vet told us today due to the unusual higher temperatures coming earlier this year a few Rattlers have already been spotted out & about. 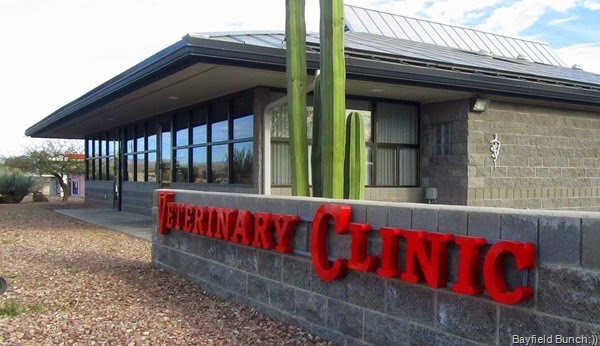 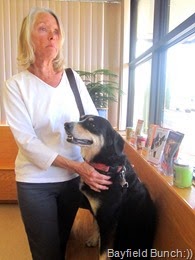 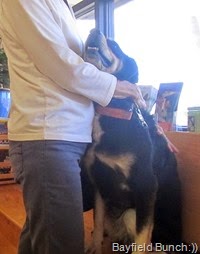 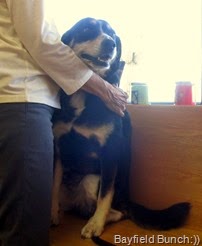 OH MOM DO WE REALLY HAVE TO DO THIS TODAY 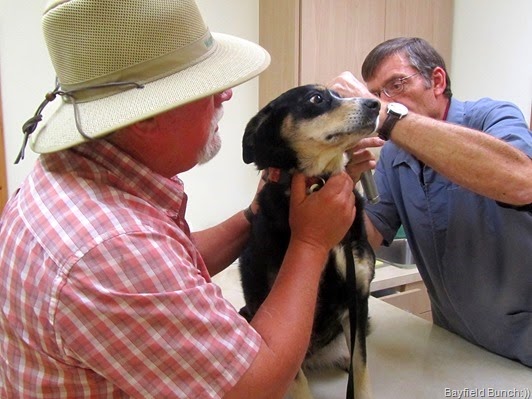 HEY WHAT’S THIS GUY DOING IN MY EAR!!

Two doors north of the Vet Clinic is a great Burger joint called Screamers.  We were there once a couple years ago so figured rather than Kelly making supper when we got home we’d just pop in for a couple hamburgers.  Burgs were as great as ever.  Enjoyed the drive back to Congress seeing the late afternoon sun shining on the Weaver Mountains.  It is rare for us to be out later in the day so I don’t always get to see latter day light conditions.  Nice……I gotta get out more:)) 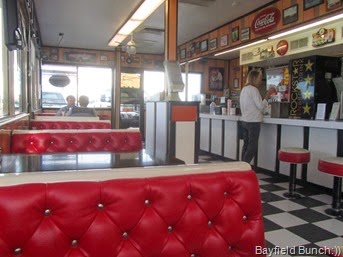 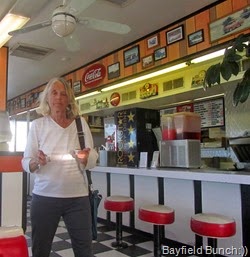 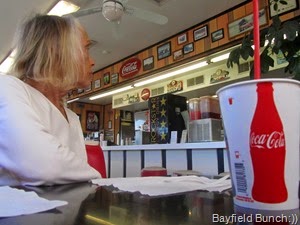 <<< WE SPLIT A SMALL CHOCOLATE MILKSHAKE

I know not everyone is into bird photos but with all the Spring bird activity around the yard this week I have enjoyed hanging out a few times with my feathered friends & grabbing some photos.  It’s mating season & the plumage on the male birds is very colorful.  However I do think Pheebs & I are overdue for a Jeep ride to scout out some new photo opportunities.  I had better pull the lead out & get that organized……………..

In my early driving days, I had the bad habit of running out of gas frequently. Once, I was stranded at the mall and called my father for help.  When he arrived, I was under the hood, poking around. "I think there's something preventing the gas from reaching the carburetor," I said.
"Yeah," he shot back. "A twenty-dollar bill."