GOT ME A NEW SHOVEL BUDDY & I CALL HIM ‘BIG RED’

THIS PRETTY MUCH SUMS UP OUR DAY

We had forgot to pick up a few grocery items in Wickenburg Friday so Kelly headed back in this morning.  She was wanting to hit a few of her favorite shops again & besides I needed some honey & a new shovel.  I just told Kelly to drop by Ace Hardware & get me the best round-mouth shovel they had so that’s what she did & I must say it is a fine shovel indeed she brought home.  It has a nice feel to it.  Shovel people will understand…………. 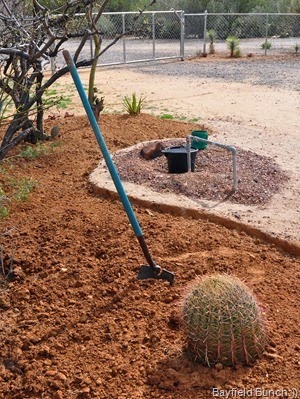 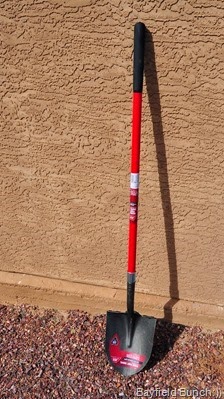 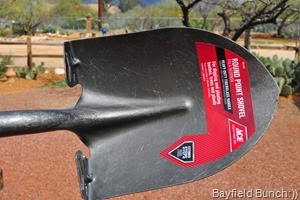 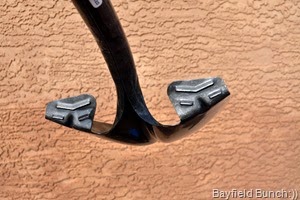 Came across a blog this morning I found interesting & it’s called Goza's Wanderings and Wonderings.  Read a few posts back & liked this fellows travel thoughts & easy to read writing style.  A single traveler with his truck & fifth wheel he stays on the move not spending long periods of time in any one place.  If I was a single traveler that is probably how I would do it as well.  At the moment he is traveling here in the southwest. I like his clear photos which I understand are taken with a cell phone & each photo is captioned.  After hitting the road April 11th of 2014th Darrell has already seen a lot of country. 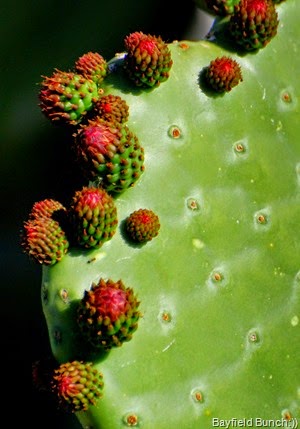 <<< OUR PRICKLY PEAR CACTI ARE BEGINNING TO BUD

Whether towing a small vehicle with a large vehicle or towing a large trailer with a small vehicle the hooking up process is probably one of the most important procedures for any RV’er to pay attention too & yet things can still go bump in the night & turn out very wrong no matter how careful you are.  Case in point is what happened to Karen & Steve a few days ago.  Be sure to read Karen’s post at The Good News or The Bad News????  And read Karen’s follow-up post as well. 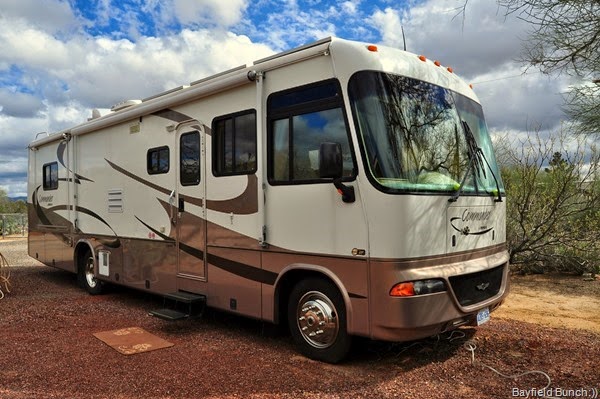 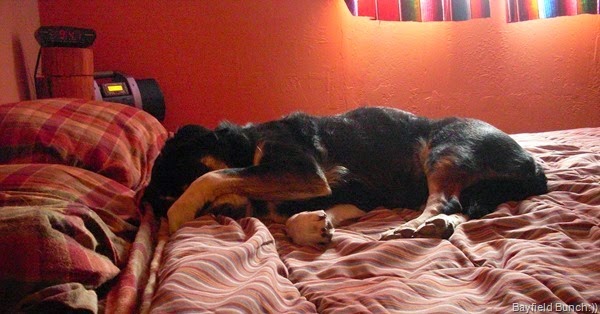 GROANER’S CORNER:(( One night at McChord Air Force Base, I was dispatched to check out the security fence where an alarm had gone off. The fence was at the end of the base runway. When I got to the scene, I found a raccoon was the culprit, so I ran around and flapped my arms to scare the animal away.  Suddenly an air-traffic controller came over the public-address system and announced loudly, "Attention to the airman at the end of the runway. You are cleared for takeoff."

Ole died. So Lena went to the local paper to put a notice in the obituaries. The gentleman at the counter, after offering his condolences, asked Lena what she would like to say about Ole.  Lena replied, "You just put, 'Ole died.'" The gentleman, somewhat perplexed, said, "That's it? Just 'Ole died?' Surely, there must be something more you'd like to say about Ole. If it's money you're concerned about, the first five words are free. We really should say something more."  So Lena pondered for a few minutes and finally said, "O.K., then. You put 'Ole died. Boat for sale.'"