ALMOST ‘TOO POOPED TO POP’ TONIGHT

Didn’t have any photos for tonight’s post so I’ll include some pics from our past week that didn’t make it into my other daily posts. 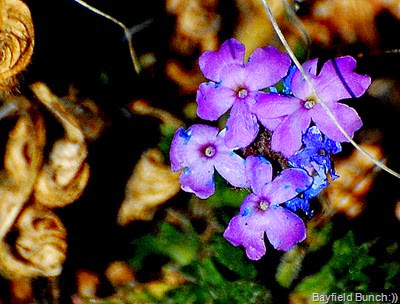 Noticed Big EEE had a lot of bug smooshes on it’s front end & windshield so not wanting them baked on by sunlight in coming days I set right to work this morning hosing down & cleaning all that bug meat off.  From there it was inside with paper towels & window cleaner doing interior windows & windshield as well.  While at it I cleaned up our kitchen & bathroom sinks as well plus the dash area, plugged in the vacuum & did the floors.  Kelly was busy cleaning the rig’s fridge after a new small carton of cream had spilled about two thirds of it’s contents all over everything.  Checking the fridge’s temperature this morning we see that it is again working normally so we’re not sure what’s going on there.  Janna did send Mike over around noon to have a look but everything appeared normal & working correctly for the time being. 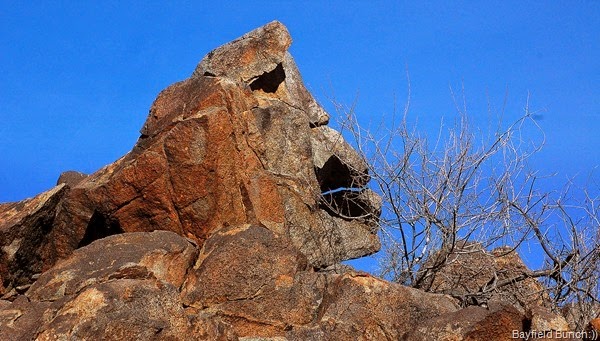 COULD THIS ODD SHAPED ROCK BE THE PROFILE OF DICK TRACY 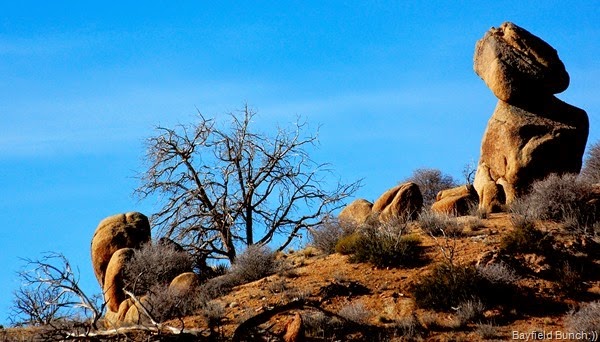 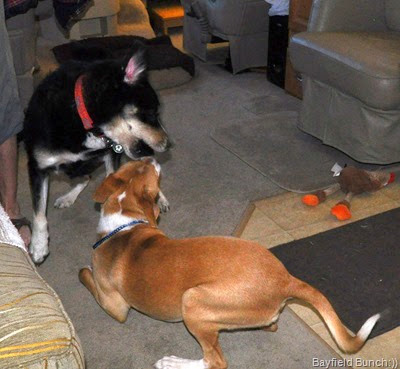 Each time heading home from one of our travel adventures & no matter how tired we are we always say we are going to just go in the house, sit down, & relax.  No need to carry everything in from the rig right away.  That unloading can always wait for the next day after we’re all rested up.  Well, that’s what we always say of course but we have never done that not even once.  Soon as the big wheels roll to a stop in front of the house we are out the door & it’s full speed ahead running frantically back & forth between the RV & the house like an old speeded up Charlie Chaplin movie.  For the next hour or two we haul absolutely everything out of that Motorhome we had hauled into it in the first place preparing for our trip.  Throw a load of laundry into that couple hours, get the birdfeeders out, set up the satellite dish, re-park the vehicles, tow bar off the Jeep, etc. etc.  After everything is in the house it is only then I head for my long hot shower followed by a much anticipated ‘ahhhhhhh’ moment as I finally sink into my cushy recliner, push it fully back & think to myself, “that’s it I’m never leaving home again”.  Chances are by the end of the day I’ll have my Benchmark Atlas open again thinking to myself, hmmmm:)) 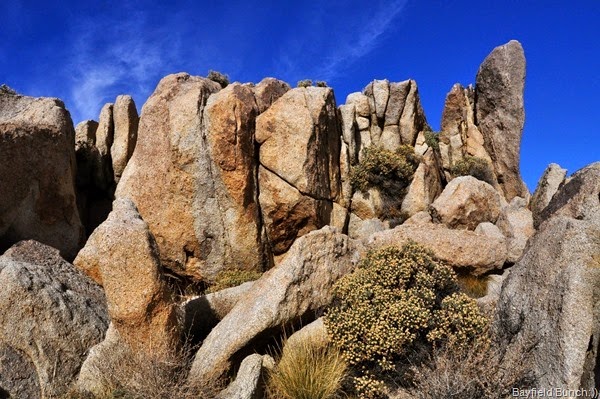 DESERT’S ARE FULL OF GREAT ROCKS TO CLIMB AROUND ON

Another note about the Cibola National Wildlife Refuge.  There is a good way & not so good way to enter this Refuge.  Of course we went in the not so good way with washboard roads, dusty gravel & half a dozen turns.  That not so good way for RV’s goes in off highway 78 south of Palo Verde at the Oxbow Recreation Center.  Best way into Cibola is a straight paved road right off I-10.  Heading south on 78 from west of Blythe just keep going south on the pavement ahead of you even when 78 turns right.  This straight-thru road will take you right to the Visitor Center which will be on our right side about 23 miles after the turn-off from I-10.  After passing the small community of Cibola the Refuge is about another mile. 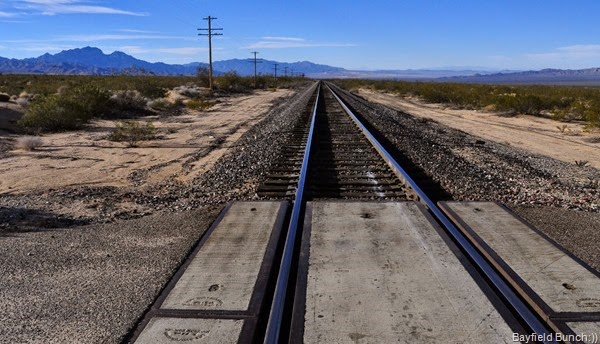 Must say it was nice taking a break from television for a week.  We had taken our satellite dish with us but a broken coaxial cable end put the ky-bosh on any television viewing.  Just as well as it was a welcome change from knowing what was going on in the world for a change. 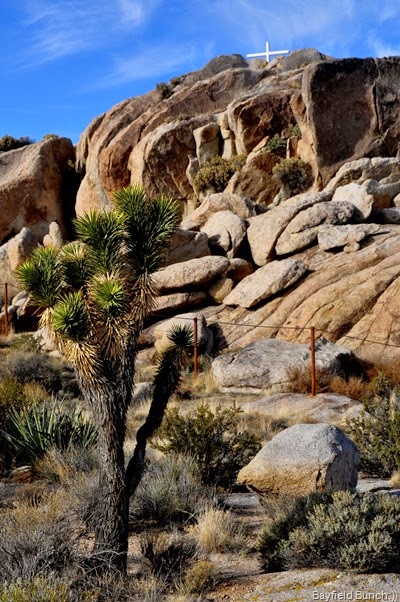 One of the most dreaded occurrences for any RV’er is a breakdown on the road whether it be a flat tire or an engine problem etc.  What if it is a solenoid switch for a Pac break system in a vintage Safari diesel Motor Home.  Where & how is an RV’er ever going to locate something like that?  Of all the millions of roads & highways in America what are the odds of breaking down right next to the largest RV salvage yard in the entire United States.  Not only that but what are the chances you have your very own handy mechanically inclined husband on board.  Well despite the vast odds it can happen and did happen……….Broke Down!!!!

There came a point early this afternoon where I simply ran out of gas.  One minute I was working away cleaning something & the next minute I had to haul myself inside & slump myself into my recliner.  And that is basically where I remained.  Rest of my day was toast & had I not put a sizeable part of this post together this morning I could not have published it tonight.  With a good night’s sleep I’m hoping my batteries will be fully energized once again by morning.  In the meantime I’m just Too Pooped To Pop

GROANER’S CORNER:(( Last summer, down on Lake Isabella, located in the high desert, an hour east of Bakersfield, California, some folks, new to boating, were having problems. No matter how hard they tried, they couldn't get their brand new 22 ft. boat going. It was very sluggish in almost every maneuver, no matter how much power was applied. After about an hour of trying to make it go, they putted to a nearby marina, thinking someone there could tell them what was wrong. A thorough topside check revealed everything in perfect working condition. The engine ran fine, the out drive went up and down, and the prop was the correct size and pitch. So, one of the marina guys jumped in the water to check underneath.  Under the boat, still strapped securely in place, was the trailer.