SOME THOUGHTS ON SOCIALIZING & COFFEE HABITS:)) 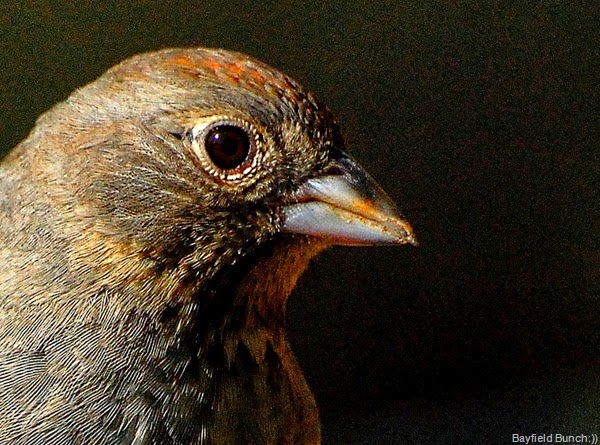 A comment from a reader had me thinking today about the social side of RVing.  Commenter said in part, “Dad always said that they had a better social life in the south than they did at home”! (Canada)  Well I’m sure not the one to be talking nor am I any kind of authority on socializing but I do have a few thoughts about it. 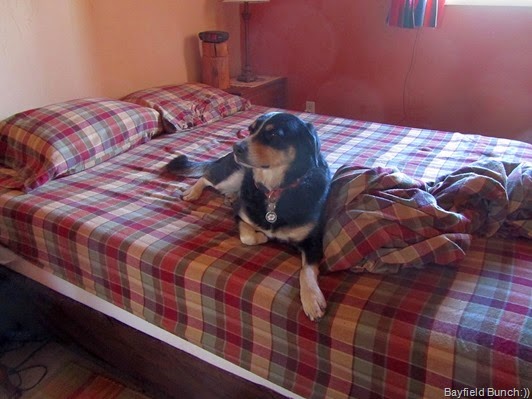 First, we do very little socializing anywhere whether it be back home in Ontario or here in Arizona.  Just not our thing but what the commenter said is true for us & others as well.  Back home in Bayfield we do not really socialize with anyone.  We did years ago but that was a different era.  Nothing at all wrong with the majority of people there, it’s just that we prefer to keep to ourselves & do our own thing.   We do the same in the southwest all winter but there is a difference.  RV’ers have a common interest which happens for the most part to be the love of traveling in a somewhat Nomadic fashion whether they be Snow Birds, Full Timers, Week-Enders or whatever.  There is an unspoken bond between people on the road regardless of how they are doing it or where they are staying.  It seems RV folks & especially RV Blogger folks always have so many things in common to talk about, share, learn, & pass on to others.  Friendships may be made quickly & last a lifetime or simply turn out to be a bump in the night as traveling trails briefly cross.  With RV’ers being fluidly mobile nobody seems to end up in someone else’s face long enough to be annoying.  And you know how quickly we older folks can become annoyed with things & each other at times.  The key I think is not being around each other long enough to get on each other’s nerves & that ‘in my opinion’ seems to be an unspoken thought throughout the RV world.  I have talked to fellow RV’ers who on the surface appear to be quite sociable yet have told me in private how they much prefer their quiet alone times.  Also I believe another bonding factor is the fact when you say good-bye or so-long to a fellow RV’er chances you may never see them again are greater than a neighbor living just down the street or around the corner.  In the Autumn & early Winter months RV folks head for warmer weather flocking together across the southern United States & Mexico with very common interests.  Old friendships re-newed & new friendships begun.  For 5 & 6 months of the year RV’ers criss-cross each others paths pausing briefly for a quick hello, a sharing campfire, a happy hour or two.  Then come Spring everyone scatters northward across the country heading back to homes or favorite locations away from the heat of hot southern summer days.  The often short durations of meetings kinda has everyone putting their best foot forward & I like how that works.  There is an old saying which says, ‘Familiarity breeds contempt’ & I figure if folks don’t get to know each other’s business just too darn well, stay out of each other’s faces, & show respect for other’s opinions we should all be just one big bunch of happy smiling campers.  Well sounds good in theory anyway eh:)) 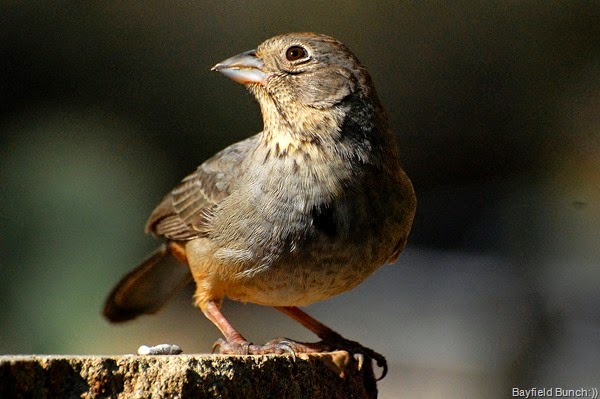 ‘Almost’ without exception we have met so many fine fellow RV’ers over the years.  As a rule RV folks just seem to be a different type of caring & adventurous people.  However if it were not for blogging we probably would have met very few of them, if any.  We’re just not the type of people to walk up to someone’s campsite & strike up a conversation.  Well I’m not anyway.  Kelly has been known to do that on occasion.  It’s a stretch for me to even say Hello to anyone but it has been my blog & the blogs of others plus readers that have occasionally drawn me out of my self imposed shell.  I’m not at all comfortable being out of my shell but with the shorter infrequent & occasional encounters with passing Nomadic fellow RV’ers I am on occasion able to step out for a little socializing now & again.  But just now & again:)) 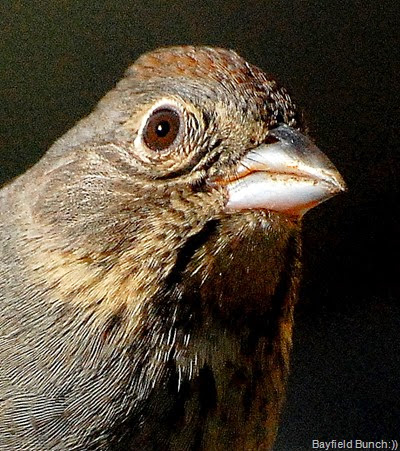 And I might as well throw this in while I’m on the topic.  By nature I am not a rude, arrogant, or aloof person & if you say Hello or speak to me I will not ignore or be unfriendly to you despite my self professed grouchy & hermit like ways.  Quite the contrary in many cases & depending on the subject of conversation I could well become your very much most next best friend.  I may not wave to you going by in my Jeep, Motorhome, or on my Motorcycle but if you happen to wave to me first you can be guaranteed a big Howdy-Doody wave back. 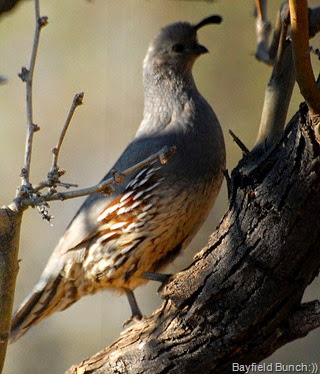 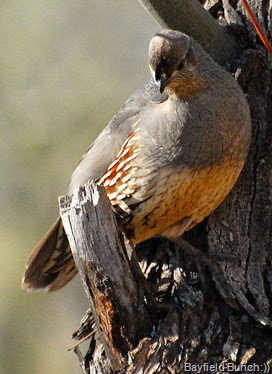 GAMBLE’S QUAIL IN ONE OF OUR MESQUITE TREES

Okay I’m getting myself a little too far extended & kinda over the top here so I had better change the subject right quick before I get myself any deeper into the soup……………:)) 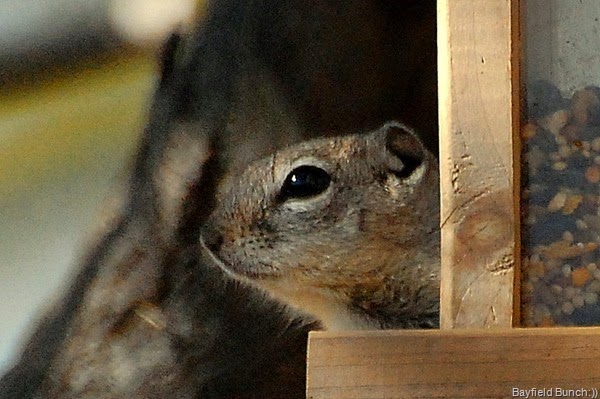 Can you imagine living in your RV during these recent horribly cold freezing record breaking temperatures that have been happening in places like Alberta Canada.  No, I can’t either but Peter & Bea are doing it at the moment & you might be interested in seeing how they are coping & what has been happening to them & their rig.  Check out how Peter & Bea are doing at When The Mattress Is Freezing To The Wall. 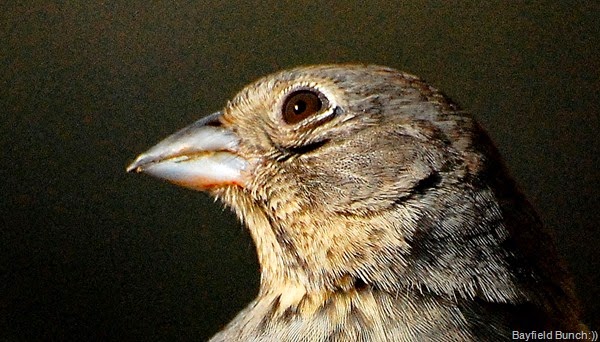 I have over 100 fellow Bloggers on my sidebar & the list stretched quite away down my page so this morning I shortened that list up to show only the most recent 25 posts.  Everybody that was on my list is still there & can be found by clicking the words ‘Show All’ at bottom right:)) 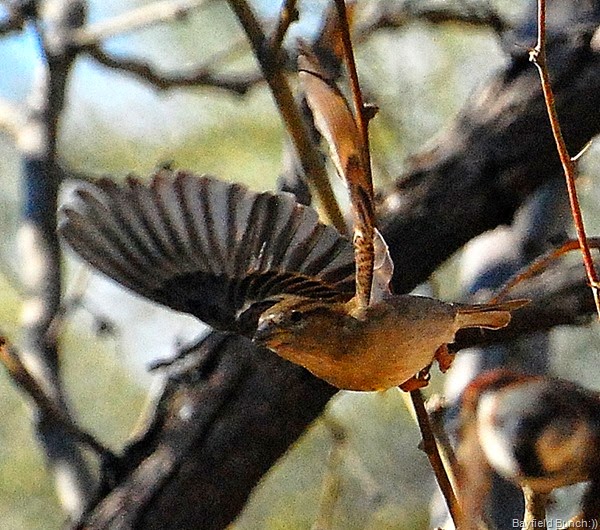 And for all you Quilting folks out here & there are many of you I would suggest having a look at Monica’s blog at,  Color My World With Warmth. 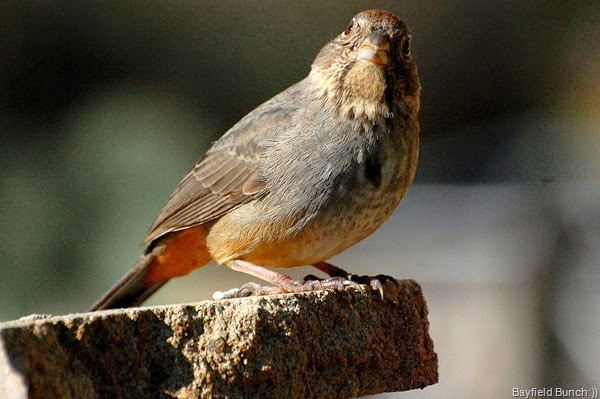 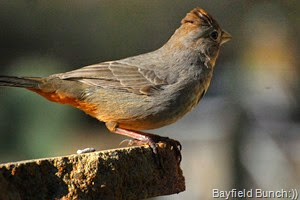 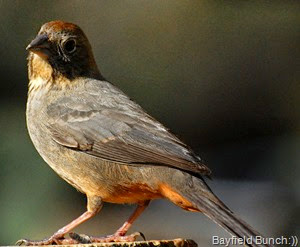 Is only half a cup of coffee a day worth even drinking coffee at all?  Sure why not & this coming from a former coffee addict.  When I gave up my alcohol addiction many years ago I turned right around & replaced that addiction with a coffee addiction.  Back in the bad old drinking days it was very rare for me to ever drink a coffee in the first place but after those days ended my many cups a day coffee dilemma literally began overnight & reached it’s peak sometime in the late 90’s I think.  Can’t remember what it was that caused me to finally wrestle that addiction into a controllable situation but somewhere along the line I managed to cut my coffee consumption to 4 coffees a day.  No exceptions.  That 4 coffee’s a day lasted right up to the summer of 2012.  First coffee of each day was 7 a.m. with the second cup at 10 a.m.  Next coffee was always 2 p.m. with my final coffee at 7 p.m. & I never deviated from that.   This system worked well with one of the biggest benefits being my 10 a.m. & 2 p.m. coffee breaks.  Those 2 time slots always forced me to take a break from whatever it was I was doing at the time & I always so much looked forward to those 2 relaxing breaks each day. 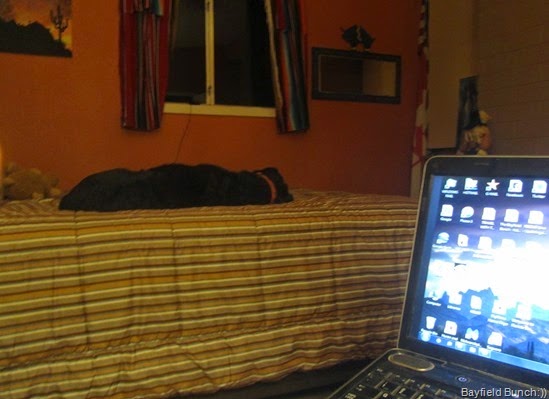 Talking to my Nurse Practitioner one day in the summer of 2012 about my sleeping disorder she suggested ‘no coffee’ after 6 p.m.  Went home & thought about that for a few hours & started out the very next day by eliminating my 10, 2, & 7 o’clock coffees.  And that brings me to today.  Found myself not drinking a full cup of coffee each morning quite awhile ago so Kelly only pours me half a cup now.  Half a cup of coffee a day for a former coffee addict is working well.  Only exception I make to that half cup is when traveling I will often have a coffee while on the road or on rare occasions when I have an early evening coffee with a couple close friends.  Oh yes & when Pheebs & I head out some mornings on our country Jeep drives back home in Ontario.  So why not just give up coffee altogether?  Good question I suppose & maybe some day I will but for the moment I’m Okay with my usual half cup a day.  It’s just kind of a nice gentle way of getting those early morning fuzzies out of my mouth:)) 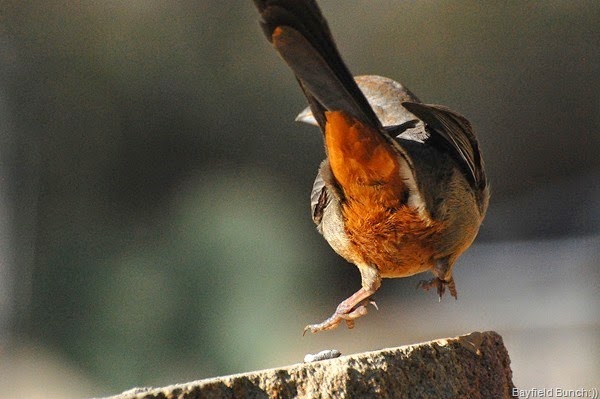 GROANER’S CORNER:(( Jack has died. His lawyer is standing before the family and reads Jack's last will and testament:  "To my dear wife Esther, I leave the house, 50 acres of land, and one million dollars. To my son Barry, I leave my big Lexus and the Jaguar. To my daughter Suzy, I leave my yacht and $250,000. And to my brother-in-law Jeff, who always insisted that health is better than wealth, I leave my sun lamp."