RAN MYSELF OUT OF ENERGY BY EARLY AFTERNOON 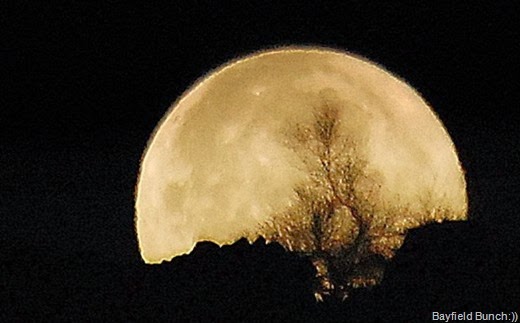 We had no choice but to fire up our two big $baseboard heaters$ this morning.  Just too darn cold in the house without them.  Fixed up myself a piece of toast just so’s I could warm my hands over the toaster.  Soon as old Sol popped over yonder Weaver Mountains we flung open our curtains to let his warming rays flood through our frigid windows bringing much appreciated warmth into our cold house.  Nice full Moon in our backyard slowly settled behind a tall rocky desert ridge making for a scenic start to our day.  First Monday of a brand new year.

Couple loads of laundry right off, move the rig into it’s parking area, lawn chairs & gardening tools back out, porch furniture out, etc. etc.  It’s good to be busy & that’s what I like about our Congress sticks & bricks.  Offers me a welcome alternative & is one of my main defenses against boredom.  A nice mixture of home & travel.  In about 3 weeks I’ll be chomping at the bit to head off down the road somewhere again:))

Handyman Les came over this morning to fix a couple kitchen faucets but we’re thinking we just may need a whole new faucet assembly.  Les is also repairing a door arch that was damaged by a roof leak years ago & never repaired correctly.  He will be back early Wednesday morning with a few more pieces of lumber.  He is also bringing some cactus plants from his gardens for our gardens.  Said he’s thinning out some of his flower beds & needs to get rid of some stuff.  Bonus:))  I also have some bricks & Agave plants to pick up with my utility trailer this week as well. 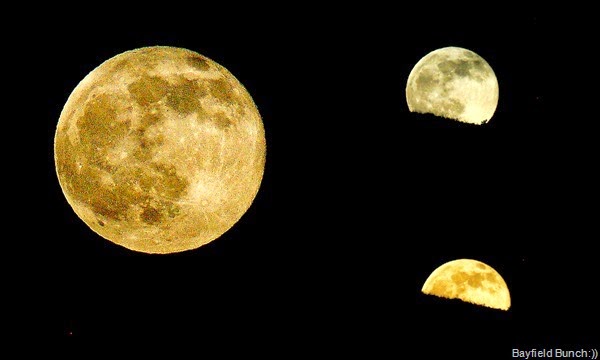 ONE OF MY FILE COLLAGES FROM YEARS AGO

My new glasses are in again so it’s off to Wickenburg in the morning to see if they have successfully corrected the blurry problem in the left lens.  And we’ll be needing some groceries of course plus a couple other stops.  Saw 3 Javelina’s on the other side of our fence this morning.  First one’s we’ve seen here in 2 years.  They were gone again before I could grab my camera.  If they hadn’t snorted I wouldn’t have seen them.

Our day warmed up nicely to around 70F & how great to feel warmth back in the air.  Wasn’t quite enough to re-energize my tired batteries though & by 2 o’clock I was done for the day.  My legs petered out & when that happens I have no choice but to climb into my recliner & give them a rest.  My legs are my Achilles Heel & if anything is going to cause me any problems it usually is my legs.

And ‘Oh Dear’ it looks like the long running re-runs of Corner Gas may have finally come to an end.  When I checked our afternoon TV schedule the time slots for Corner Gas have all been filled with different shows.  Guess it was bound to run out of favor sooner or later.  I was just hoping it would have been later…..much later:(( 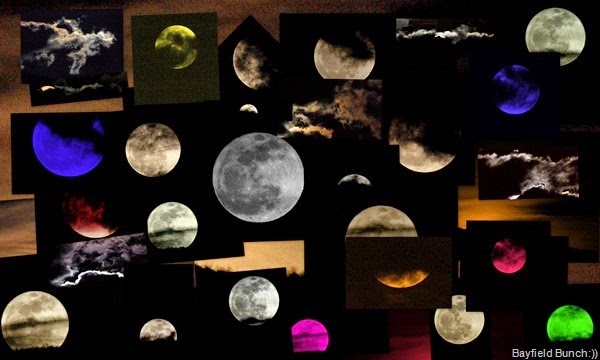 GROANER’S CORNER:((  A lawyer purchased a box of very rare and expensive cigars, then insured them against fire among other things. Within a month having smoked his entire stockpile of these great cigars and without yet having made even his first premium payment on the policy, the lawyer filed a claim against the insurance company.
In his claim, the lawyer stated the cigars were lost "in a series of small fires." The insurance company refused to pay, citing the obvious reason: that the man had consumed the cigars in the normal fashion. The lawyer sued ... and won!
In delivering the ruling the judge agreed with the insurance company that the claim was frivolous. The judge stated nevertheless, that the lawyer held a policy from the company in which it had warranted that the cigars were insurable and also guaranteed that it would insure them against fire, without defining what is considered to be unacceptable fire, and was obligated to pay the claim. Rather than endure a lengthy and costly appeal process, the insurance company accepted the ruling and paid $15,000.00 to the lawyer for his loss of the rare cigars lost in the "fires."
NOW FOR THE BEST PART....
After the lawyer cashed the check, the insurance company had him arrested on 24 counts of ARSON!!!! With his own insurance claim and testimony from the previous case being used against him, the lawyer was convicted of intentionally burning his insured property and was sentenced to 24 months in jail and a $24,000.00 fine.