JEEPING AROUND IN THE SONORAN DESERT TODAY 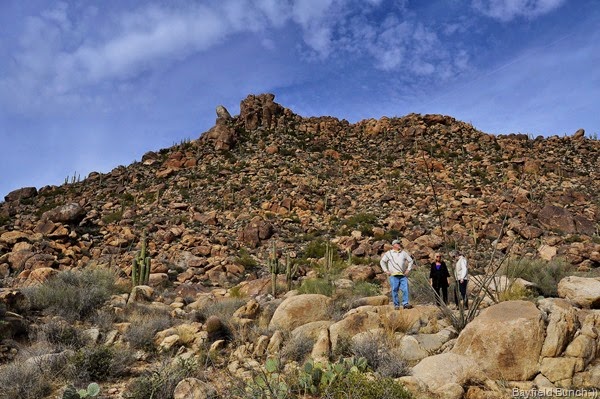 Kelly brought out a coffee this morning & Pheebs went  back with her into the house for her breakfast.  Climbed into the shower about a half hour later & was unaware Kelly had let Pheebs back out.  Wasn’t until I was out of the shower & had sat back down at my computer & opened an email from Kelly in the house that I saw a photo she had just sent of our little Pheebers waiting, waiting, & waiting outside the rig’s door.  I quickly jumped up, opened the door & let her in.  Following pics were taken by Kelly from in the house of a very patient little doggy waiting & waiting for me to come to the door & let her in……………………. 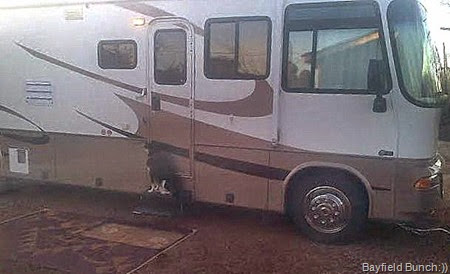 Leslie expressed an interest in seeing House/Indian Rock again so about mid morning we all pilled into Jeepers (except for Pheebs) & headed off out in the Sonoran desert just a block behind our place.  Last time out there was with Jean & Skip a few months back.  Nice morning with a thin high cloud cover made for a nice walk among the Sonoran deserts big boulders & various cactus plants.  One of my favorite areas close to our house. 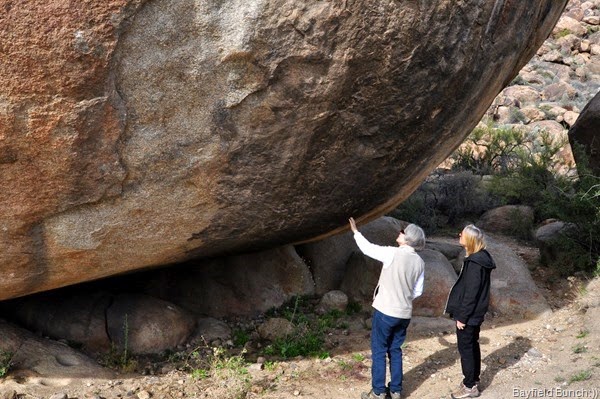 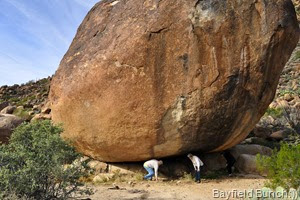 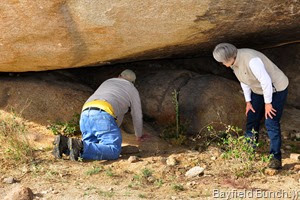 WONDER IF THERE ARE ANY RATTLESNAKES UNDER HERE 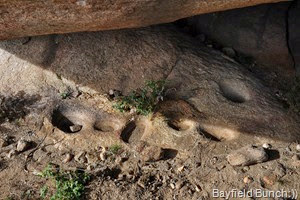 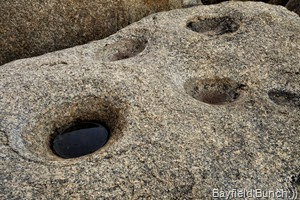 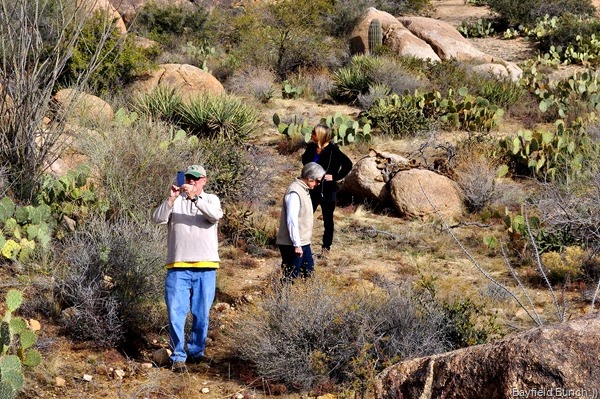 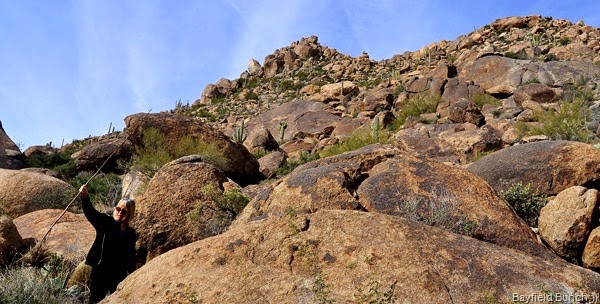 Walking back along a section of dusty road we had driven in on we met a couple on an ATV.  Turns out the fella driving is from Alberta & not to far from John & Brenda’s Dog Pound North.  In fact he had just met them a week ago at North Ranch.  This same fella was on an ATV ride with Janna & Mike a week or so ago to Baghdad & also knew them as well.  We didn’t get his name. 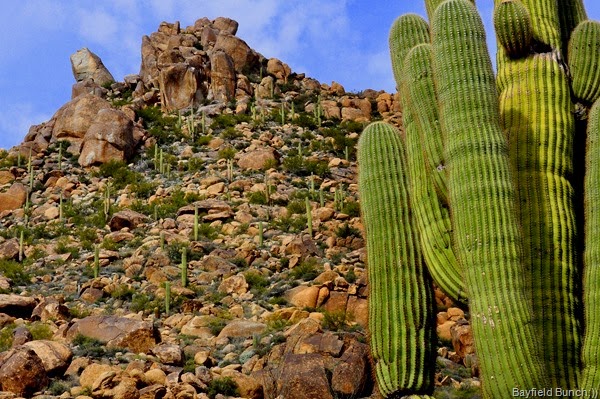 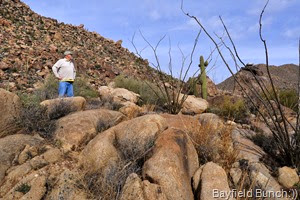 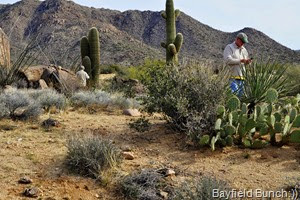 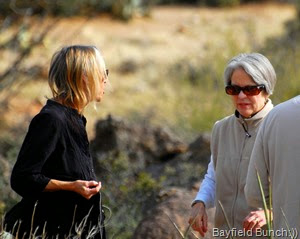 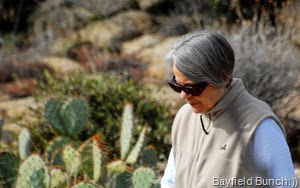 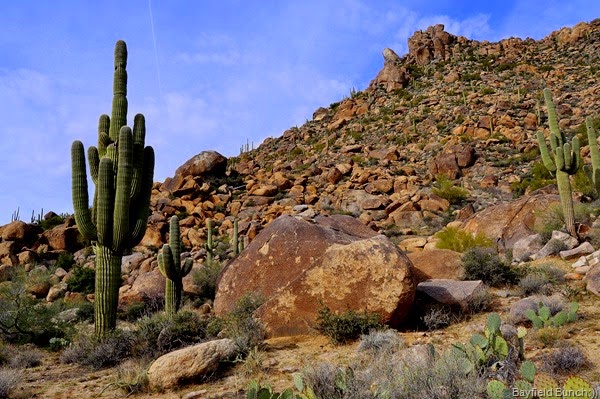 Headed back into Congress but before going home we took a drive out to the end of Ghost Town Road & showed Peter an old mine shaft we had come across a few days ago.  We were all back in our yard by 12:30 & that pretty much wrapped up our day.  Everyone kind of retreated to their restful corners.  For me it was into the Motorhome with some good ‘old’ country & western music for a change while I wiled away a few hours reading.  Hank Williams, Marty Robbins, along with my favorite western harmonies by the Sons Of The Pioneers:))

CONGRESS AZ. IN THE FOREGROUND 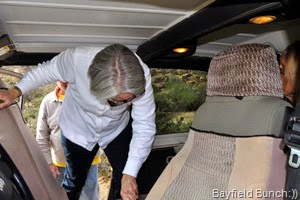 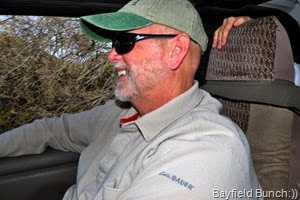 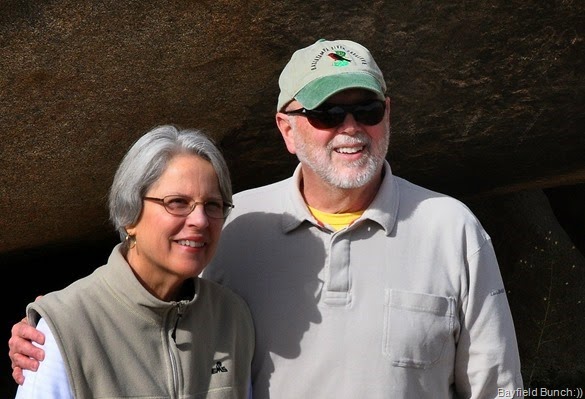 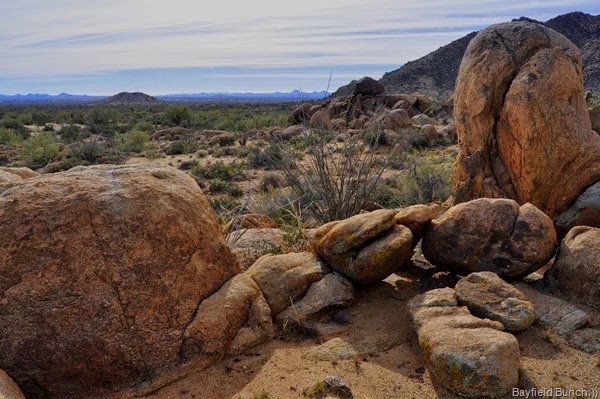 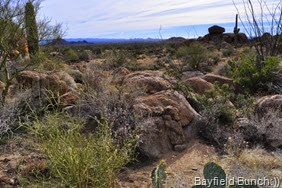 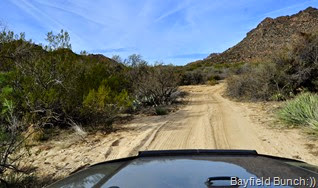 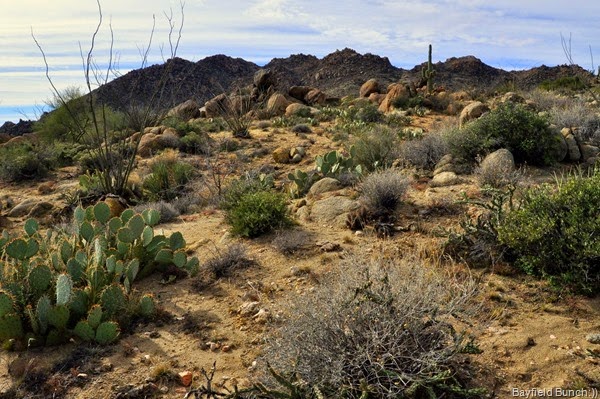 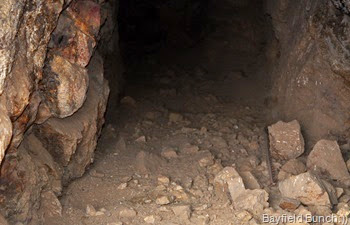 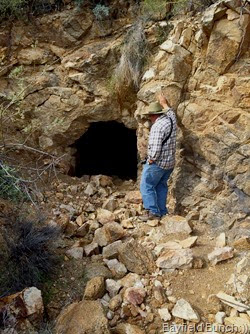 I particularly liked Sharon’s comment on my post last night regarding the topic of ‘loners.’ In part her comment read,  “All my life I've been a person "alone"... but I've never been lonely.... but as others have said, being alone and being lonely are totally different. The beauty of loners life is that while they may not NEED a companion, when they have one they can still have their space.... be alone.... even when in the same room with their best friend”.  Sharon write’s THE ODD ESSAY. 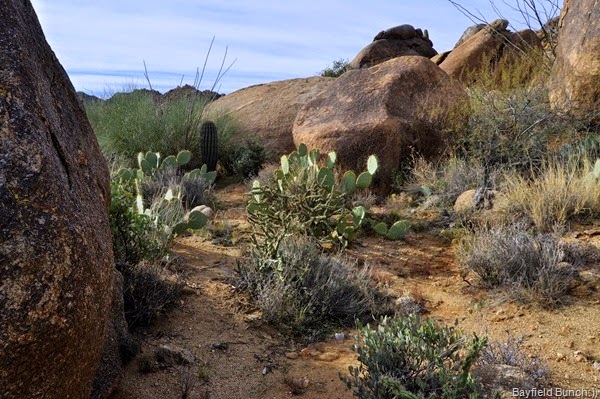 GROANER’S CORNER:(( After enlisting in the 82nd Airborne Division, I eagerly asked my Recruiter what I could expect from jump school.  "Well," he said, "its three weeks long."  "What else," I asked.  "The first week they separate the men from the boys," he said.  "The second week, they separate the men from the fools."  "And the third week?" I asked.  "The third week, the fools jump."