HAVE YOU EVER LOOKED AT YOUR FEET & FELT LIKE A TEEN-AGER? HAPPENED TO ME TODAY…….:)) 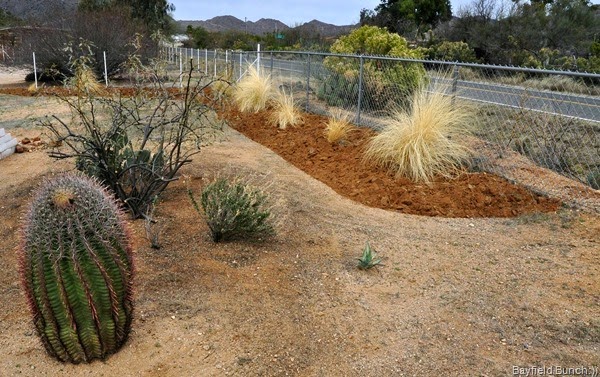 Clouds moved in late Wednesday & it looks like we are in for some inclement weather over the next 3 days with a fair amount of rain predicted for sure Friday & possibly Saturday as well.  Might have to get ourselves in a boatload of DVD movies. 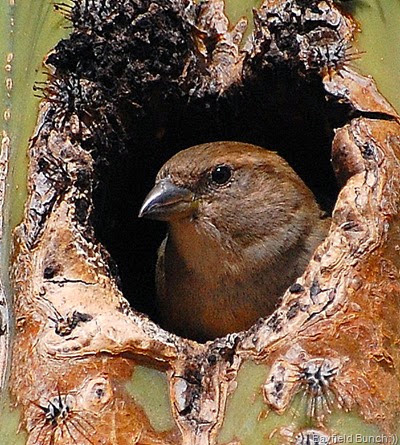 Weed Whacker started on the 4th pull so I was off to the races first thing today whacking down all the yellow dead grass along the ditch between our front fence & Ghost Town Road.  Had it all raked up & burnt inside of an hour.  More digging in our yards northeast corner & by 3 this afternoon I was so tired I felt about ready to slip into my jammies & crawl into bed.  And here’s an odd thing I noticed again while digging today…….when I begin sweating it is only the right side of my forehead & not the left  that drips sweat onto my glasses & into my right eye.  Don’t suppose it’s that ‘left brain/right brain thing do you.  Oh Geeezzzz better not get into that whole discussion again…………………….. 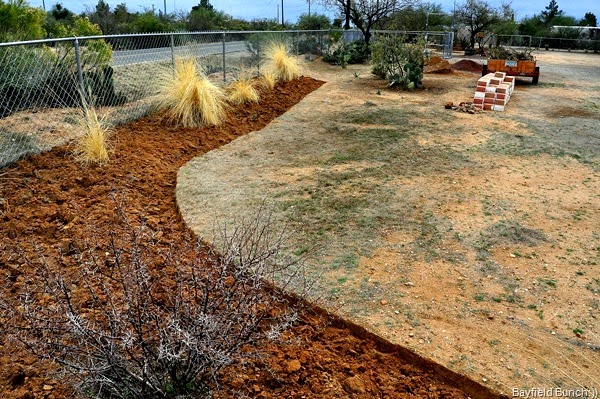 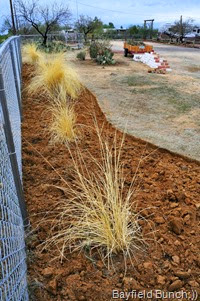 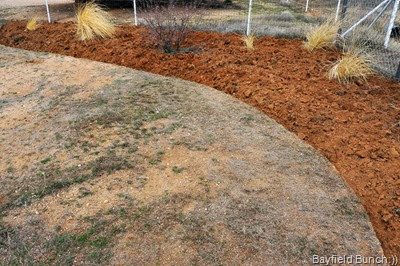 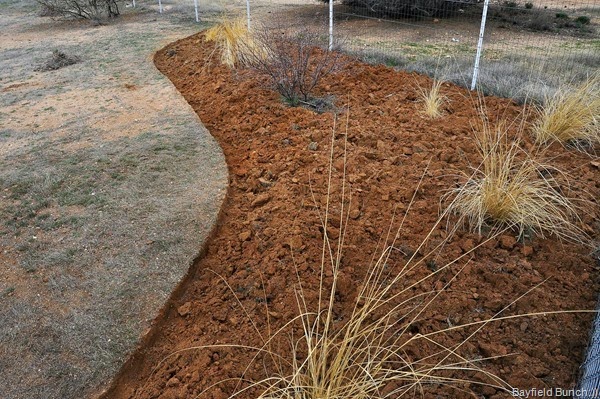 Leslie From Australia had a few questions in our Shout Box I’d like to take time to answer.  Leslie asks, ‘Al - do u type out your blog - then copy & paste into blogger’? -- Here in Congress & while traveling in the Motorhome I type my post directly into Live Writer using my laptop but while at home in Bayfield I use 2 computers during the day so type my post in an email format in Hotmail then save it to Draft.  That way I can access what I’m writing with either my laptop in the living room by my recliner or desktop computer in the sunroom.  At night when my post is completely written I paste it into Live Writer on my desktop computer.  For some unknown reason my desktop version of Live Writer has un-expectantly & suddenly erased 3 completed posts on me now so if & when that happens again I do have my original back-up post still sitting in my Hotmail Draft folder.  I can just paste it into Live Writer again & re-insert my photos.  Leslie also asks, ‘Does it wrap around your pics? which ones 1st - blog or pics’? – In between each paragraph I write I leave a double space.  When I have finished writing my entire post I go back & insert my photos into those open spaces between paragraphs.  Live Writer has a tool which enables me to arrange the photos in those spaces however I want.  So in other words, I write the post first then add the photos later.  Thanks for the questions Leslie………. 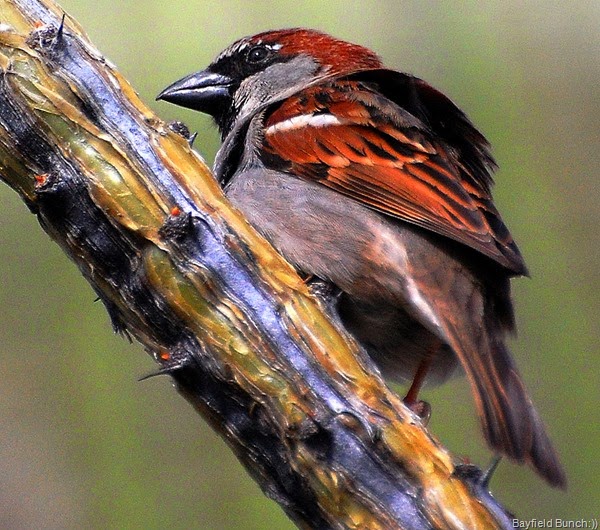 Noticed three new blog followers in our Friend Connect box this morning.  A big welcome to Kevin & Ruth from Travels With Kevin & Ruth as well as the folks at Saunders Fine Arts & anekcahap.  Thanks for dropping by & we here at the Bunch appreciate your interest:)) 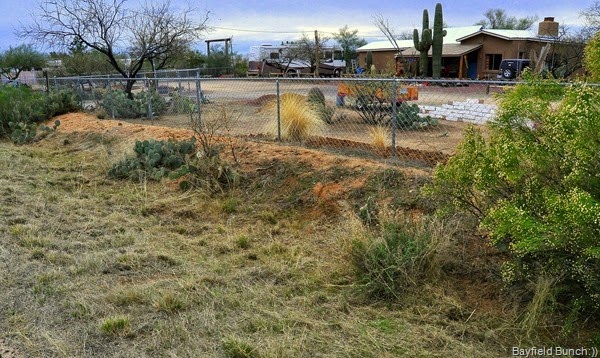 CLEANED OUT THIS DITCH THIS MORNING

I mis-identified a bird in Wednesday’s post but have since corrected the error thanks to our very own ‘Lullaby of Birdland lady herself, Judy over there at that Travels With Emma place. 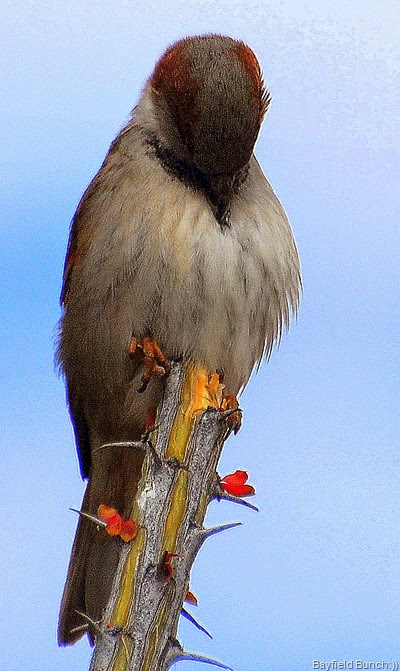 In a recent article which appeared on CBC News' British Columbia website, it was suggested that Canadian citizens are only allowed to spend 120 days in the United States each year. For clarification purposes, the Canadian Snowbird Association would like to remind travellers to the U.S. that this information is incorrect.  Under current policy, eligible Canadian citizens may spend up to six months less a day, in the United States, in any 12 month period. From a tax perspective, long-term visitors who typically spend four or more months in the U.S. each calendar year may be deemed resident aliens for tax purposes. In order to be treated as a non-resident alien, these individuals need to claim a "closer connection" to Canada by filing IRS Form 8840 annually.  Further, the CBC News article also discussed the Entry/Exit Initiative, a bi-national border program in which entry and exit data will be shared on individuals travelling between Canada and the United States. While this initiative was scheduled to be expanded on June 30, 2014, to include Canadian and American citizens, the necessary legislative and regulatory changes have not been implemented. At present, the Entry/Exit Initiative is not fully operational.  If you have any questions related to this matter, please do not hesitate to contact the CSA office toll-free at 1-800-265-3200 or by email at mailto:csastaff@snowbirds.org?subject=U.S.%20Travel%20Rules. 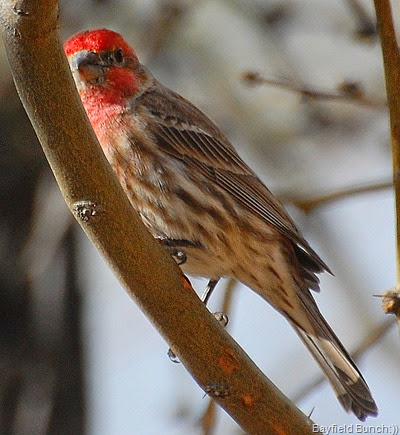 Hey guys, have you ever looked at your feet & felt like a teen-ager?  Happened to me today.  Remember years ago when it was cool to wear white socks.  Especially on Saturday nights heading out to do a bit a dancin somewhere.  Blue or black jeans, shiny pointed shoes or cowboy boots. Trouble with boots was you couldn’t show off your groovy white socks so for me it was pointed black shiny shoes.  With white socks a showin it was off to our local Teen Town dance I was.  And those were the days well before anyone had ever heard of the ‘Fonz’.  For many years now I have just worn black unassuming socks until a few days ago when I picked up a couple pairs of socks on sale (50% off) at the Alco Store in Wickenburg.  No they weren’t black but one pair was light gray & the other pair white.  When I stepped out of my shower this afternoon I pulled me on the white pair.  Soon as I saw those white colored socks walking along underneath me I was right away whisked back to my teen years.  Before I knew it my legs was a movin, my feets was a jumpin, my hips was a rotatin, my arms was a flailin & my head was a boppin.  I was right back into another Saturday night swinging Teen Town dance in my old home town of Tavistock Ontario.  And by golly it was my new white socks today that took me all the way back there too.  Aren’t old memories sometimes just the best & see how good a new pair of white socks can make a feller feel.  Just gotta watch out for those rotatin arms & flailing hips though………………..:)) 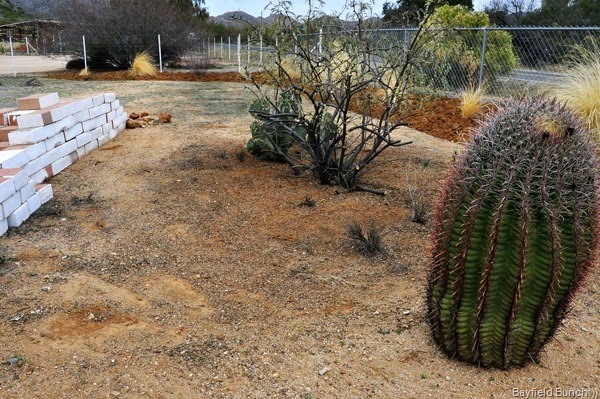 GROANER’S CORNER:((  A woman was talking to her friends about her husband who had passed away.
When her husband was on his death bed, and he told her that he had three envelopes in his desk drawer that would "take care" of all of the arrangements. Well, he died shortly thereafter, so the wife opened the drawer and there were 3 envelopes just like he said.  One the first envelope it said "for the casket". There was $5,000.00 in the envelope, so she bought him a very nice casket.  The second envelope said "for the expenses" and had $4,000.00 in it so she paid all the bills from the funeral.  The third envelope said "for the stone" and had $3,000.00 in it. She then held her hand out to her friends and said, "Isn't it beautiful!!!"