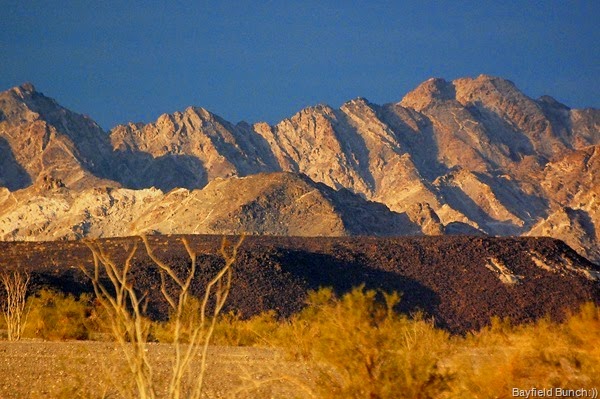 When I parted Big EEE’s windshield curtain this morning I saw a slight line of moisture along the bottom of the window.  It was not frost just moisture but it was enough to remind me of my early school days when from our Canadian grade 6 readers ‘All Sails Set’ we would read this following poem by E.J. Pratt entitled: ‘Frost’

The frost moved up the window-pane
Against the sun’s advance,
In line and pattern weaving there
Rich scenes of old romance–
It spun a web more magical,
Each moment creeping higher,
For marble cities crowned the hills
With turret, fane and spire,
Till when it struck the flaming sash,
The Kremlin was on fire.

Funny how some things from so long ago stick with me & are so easily accessible by just a glance at some moisture on a window.  I like when things like that happen.  And oh the dreams I had last night again of flying & meeting so many old friends from days gone by.  Some days nights are best. 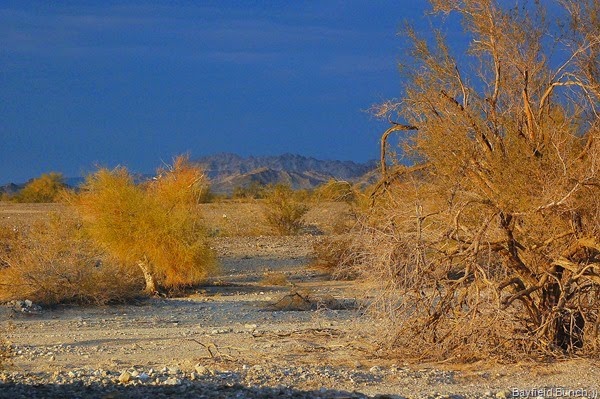 I’m always happy to make it through another Christmas/New Years eve time slot & get on with a new year.  Always find myself towards the end of each year looking back in reflection but as soon as January 1 pops up I’m all for looking ahead to the new year & all it’s unknowns & challenging opportunities that do crop up from time to time.  For me by the end of each year it feels like I have been sitting in the same spot for a long time & with the coming of a new year I feel the excitement of newness & change.  A psychological thought process of course but kind of like a hitch-itch fix only on a much larger scale. 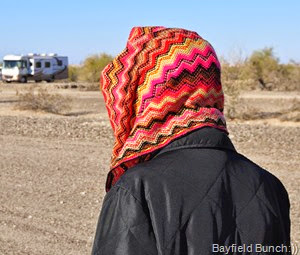 Our warming sun was in stiff competition with a chilly wind coming out of the north this morning making for another short walk.  But if back in Canada right now it’s not likely we would even get out of the house so despite cool southwest temperatures at the moment we are way further ahead of the game being just right where we are.  We know warmer weather is only days away:)) 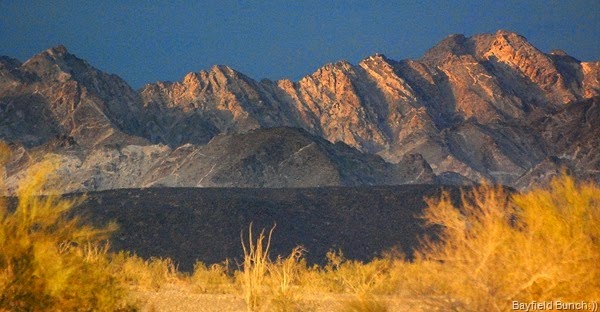 Doug from Miss Adventure Travels camped somewhere around the Imperial Dam area northeast of Yuma drove over to say Hello this morning.  We first met Doug & Dolly last winter when they dropped into our Congress digs.  Doug has been a long time blog reader.  Dolly decided to stay back in Illinois this winter keeping the home fires burning while Doug has ventured out here to the southwest in his Class C on his own.  He’s having a great time Jeeping here, exploring there, & learning some new cooking skills to boot.  Nice to see Doug this morning.  A laid back easy going fella with a love for the southwest.  I sure know how he feels. 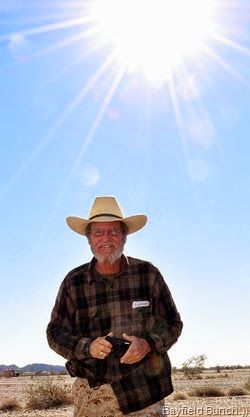 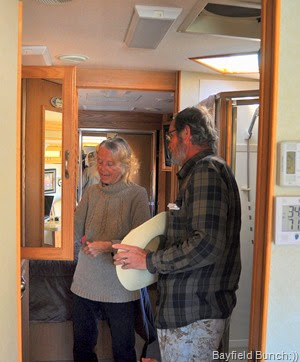 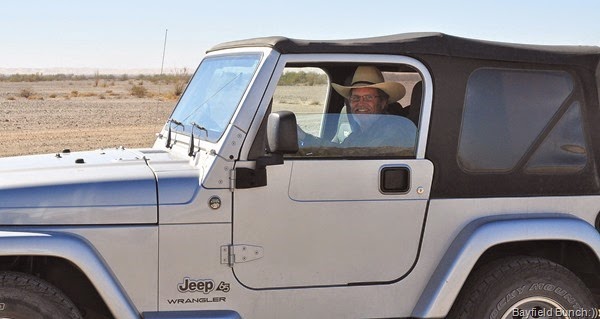 Had ourselves a rather lazy afternoon & must say we haven’t been to ambitious about anything since we got here but that’s Okay cause we’re kinda liking it that way.  I think as the temperatures come up a bit more we may actually begin to stir but for today it was just nice to stay in the sun warmed rig out of the wind, lay on the couch & watch some TV for a change……………………. 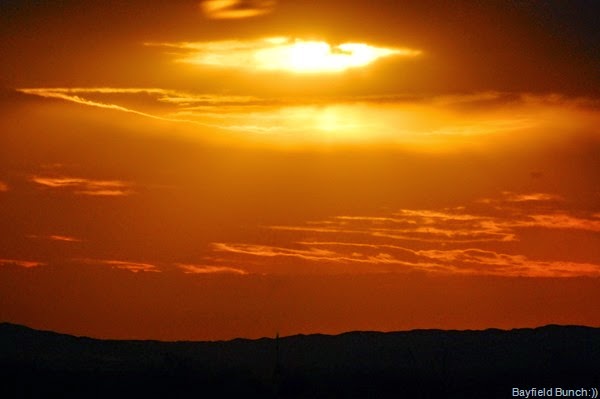 GROANER’S CORNER:(( "Now this is the verbal part of your employment test," said the interviewer.
"Can you tell me what gross aggrandized annuity means?"  "Certainly," replied the applicant.
"It means I don't get the job."

There was a nervous man whose imagination afflicted him with all kinds of ills which never seemed to materialize.
One afternoon he staggered into the house. He was bent forward, and tottering to a chair, and still curled into a half-moon shape, dropped into it.  "Honey," he gasped, "it's come at last. There was no warning. All of a sudden I found that I couldn't straighten up and couldn't lift my head."  When the doctor arrived and looked over the patient, the wife inquired, "Is there any hope?"
"Well," the doctor said, "it will help a good deal if he can unhitch the third buttonhole of his vest from the top button of his trousers."