SAW THE MOVIE ‘UNBROKEN’ TODAY & ALL THE BEST TO EVERYONE IN THE NEW YEAR:))

Think it was around 8 Tuesday night when desert winds came howling around our eaves & awnings.   We heard our first patters of rain around 9.  Winds & light rains continued through a blackened night occasionally rocking the coach.  Not our worst wind’s of ever but enough to flutter a vent flap above our range hood again making me aware of it’s presence all night.  Winds eased up a bit around sunrise & we awoke to partially overcast skies with our first sun splash around 7:30.  But it didn’t last & we ended up with a heavy cloud cover & strong biting cold winds for the rest of the day.  It was a very short morning walk. 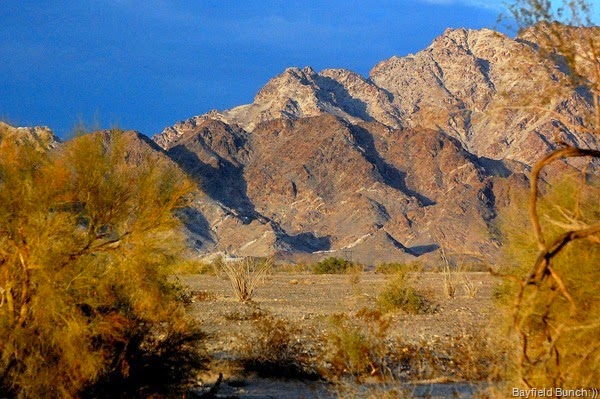 A SMATTERING OF PHOTOS FROM TUESDAY 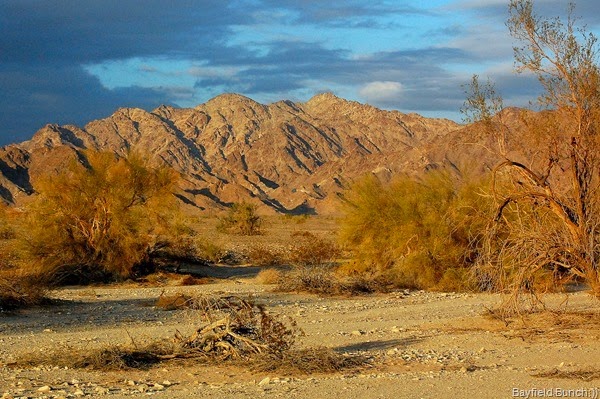 Having just completed the book ‘Unbroken’ last month I noticed this morning Angelina Jolie’s movie version was playing in a Yuma Palms Mall theater today.  We’ve been to this big mall several times before & they do have some nice stores there.  Kelly wanted to stop at Pet Smart & Home Hardware anyway.  Our California watches are one hour different from Arizona’s movie theater time so we missed the early 9:30 a.m. show but caught the 11:45 one.  Before the movie we did manage to hit our 2 targeted stores & also grab a bite to eat at a place called Kneaders.  Being the small town country Bumpkins we are I am always somewhat be-dazzled when on occasion we sometimes find ourselves in big box stores other than Walmart for a change.  This morning it was Yuma’s Home Hardware store where walking down the aisles I felt like a little kid trekking along between narrow canyon walls filled with all kinds of delightfully colored things of all shapes & sizes.  I could probably just play in the aisles of these stores for hours exploring all the treasures along the canyon walls. 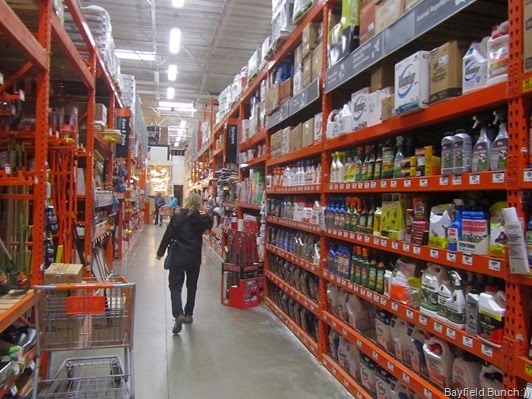 WOW LOOK AT ALL THE NEAT-O GROOVY STUFF:)) 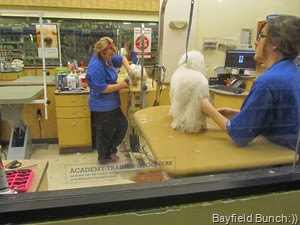 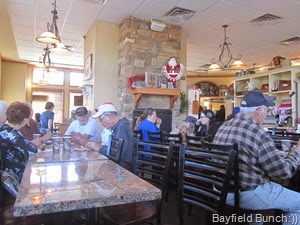 THIS IS MY AMERICAN OMELET WHICH WAS VERY GOOD & THAT GREEN STUFF IN IT IS BROCCOLI
Been awhile since we’ve been to a movie & I couldn’t believe the number of commercials we had to sit through before movie time.  Then they showed previews for 5 upcoming movies & would you believe every single one of those movies involved graphic violence upon graphic violence.  And people wonder what is wrong with our society!! 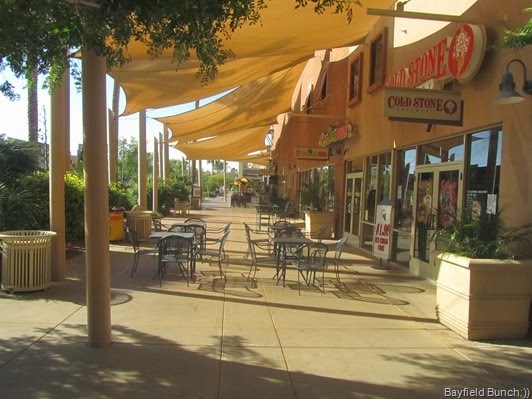 NICE MALL WALKWAY NEAR THE MOVIE THEATER
I thought the movie ‘Unbroken’ was great.  Stuck right with the book all the way.  Only difference is there’s a lot more to the Louis Zamperini story than is in the movie.  His struggles after the war are another whole story in itself worth reading but I do understand how difficult it would be to fit it all into a movie format.  The book of course is much more detailed but no matter I think they did a fine job telling his story in the time allotted space they had in making it.  Might not have been a dry eye in the house at times.  I counted approximately 70 people in the theater this morning & without a doubt Kelly & I were the youngest one’s there.  I’m a firm believer in seeing movies in movie theater’s where they are designed to be seen best in their entirety.  No distractions, big screen big sound, & it made the opening aerial combat scene very realistic.  You don’t feel the impact of scenes like that on wonky TV or computer screens.  Tickets were only $5 apiece & I figure that was money well spent for today’s moving & emotional movie experience. 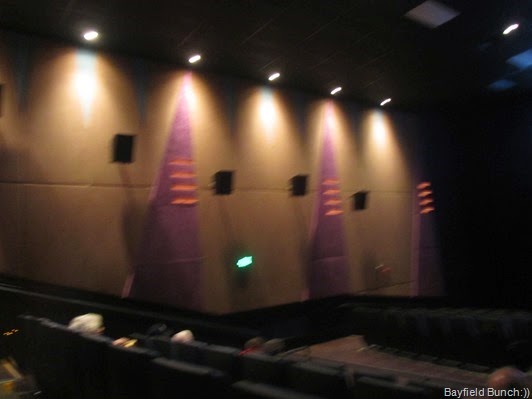 I LIKE THE WAY SOME MOVIE THEATERS STILL HAVE A BIT OF CHARM TO THEM
I paid particular attention this morning to just where the Colorado River crosses I-8 west of Yuma & realized I had made a geographical error in my Tuesday night post about just where the Colorado River is located.  Thankfully ED pointed out my mistake.  I in part said: " It is the Colorado River which divides the city of Yuma with the majority of Yuma being on Arizona’s side of the river."  Ed in part said: You must have a different map than I do. I also do not remember the Colorado running through Yuma. There is a small town on the California side of the river but that is Winterhaven, CA and not part of Yuma.  I agree with Ed & stand corrected.  The Colorado River does not divide Yuma as I had remembered it & all of Yuma is in Arizona.  Thanks Ed:)) 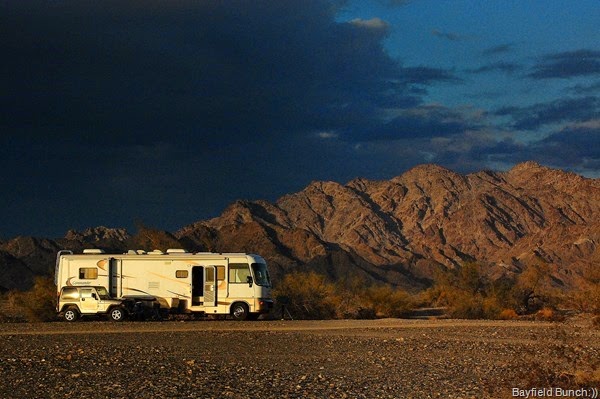 Think we were home sometime after 2 & hustled ourselves right out of that cold wind into our snugly Motorhome.  Noticed some fellow Bloggers & Facebookers had pictures of snow in Congress.  Glad we weren’t there & it sounded like it was a cold & wet one in Borrego Springs as well with snow on the mountains.  Also glad we weren’t there either.  We never ventured out the door for the rest of the day.

ALWAYS INTERESTING TO SEE ALL THE OLDER BUS CONVERSIONS

JEAN & SKIP ARE SET UP JUST DOWN THE WAY FROM US A BIT
Last week in Borrego Springs I hadn’t thought of using Google Earth to have a look at the Great Stone Snake from the air.  Our friend Pat from near that Sierra Vista town in southeastern Arizona sent a link about that but I wasn’t able to figure it out so hopped into my Google Earth plane, flew back to Borrego Springs & was easily able to find the snakes location.  This aerial photo was taken August 28th of 2014 from an altitude of 842 feet. The Google Earth coordinates for the snakes location are…. 33*18’02.37”N by 116*17’35.12”W 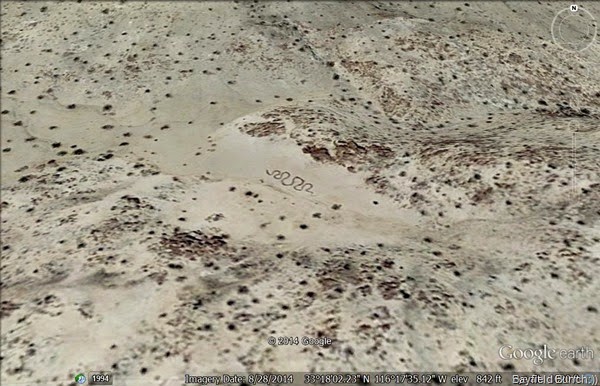 LOOK CLOSELY TO FIND THE GREAT STONE DESERT SNAKE
Well here we are at the end of another year.  I don’t really have a wrap up or a look back over the past 12 months except to say we’ve had our high & low points with lots of stops in between.  Instead I would once again like to thank readers of my daily posts for giving me the opportunity to channel some creative energy into a few of my most enjoyable hobbies.  Again it is I who thank you for giving me the drive, the energy, & the motivation each day to put my posts together.  Without readers there would be no purpose for my blog so I am humbly grateful to each & everyone of you who have managed to stick with me through thick & thin over these past years & I have always greatly appreciated your support.  Been a few bumps along the way but I have no plans to give things up anytime soon so with a bit of luck, a wee bit of encouragement now & again along with my sometimes stubborn determination I’ll still be at my keyboard a year from tonight writing another heart felt thank you to all our faithful Bayfield Bunch readers…………………  Love you guys:)) 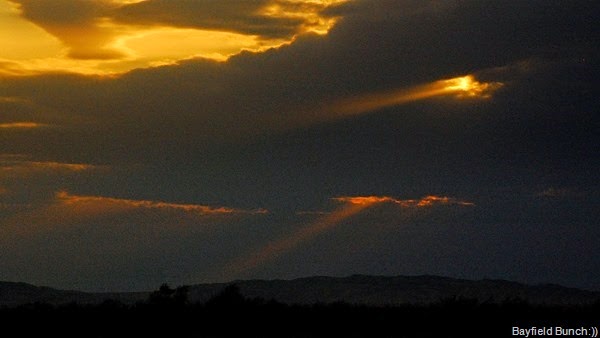 GROANER’S CORNER:(( Minister: Do you know what's in the Bible?  Little Girl: Yes. I think I know everything that's in it.  Minister: You do? Tell me.  Little Girl: OK. There's a picture of my brother's girlfriend, a ticket from the dry cleaners, one of my curls, and a Pizza Hut coupon.
---
A psychiatrist's secretary walked into his office and said, "There's a gentleman in the waiting room asking to see you. Claims he's invisible."  The psychiatrist responded, "Tell him I can't see him."
Posted by Al Bossence at 12/31/2014