‘RARELY OR FREQUENTLY’ - WHICH IS IT?? 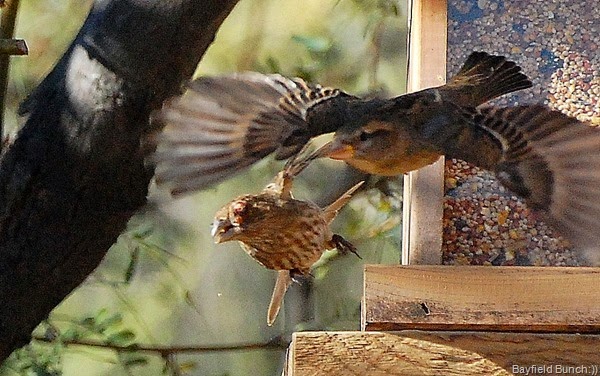 Bugs me when settings change in programs without notice.   Case in point: I remember someone asking in a comment awhile back about why did I change to ‘word verification’ in my comment section.  I hadn’t!!  Today I remembered that question (I have a slow mind) so went & had me a look see.  Sure enough there it was wanting readers to punch in a number to leave a comment.  Went to my ‘Posts & Comments’ section & where it says ‘Show word verification’ the box still said no just as I had originally set it.  I switched it back & forth a couple times then with the word NO definitely in the box again I pressed ‘Save Settings’.  Did it work?  Nope, now why is that!!!!  I do not want that annoying ‘word verification’ thingy but it’s still asking that readers punch in a number to prove they are not a robot.  Really!!!!!!  And I just noticed after writing this that Gypsy is having the same problem.  What’s going on????  Update:: Thanks to an email from Gypsy this morning I changed my ‘Pop Up’ comment format to an ‘Embedded’ format & that seems to have solved that PITA word verification thing.  Well so far anyway. 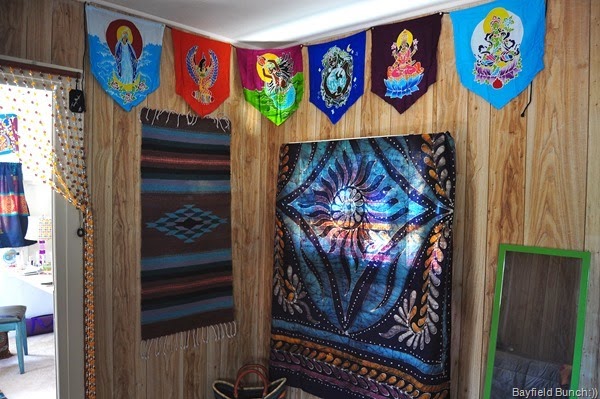 KELLY’S BEEN WORKING ON HER ROOM

And no point in me telling you how my day went because it just didn’t seem to went anywhere & an all day cloud cover didn’t help.  I’m guessing we’re going to end up not traveling too much this winter so I’m going to have to try & find myself something else to occupy my time besides sitting around watching television & plunking away on my computer. 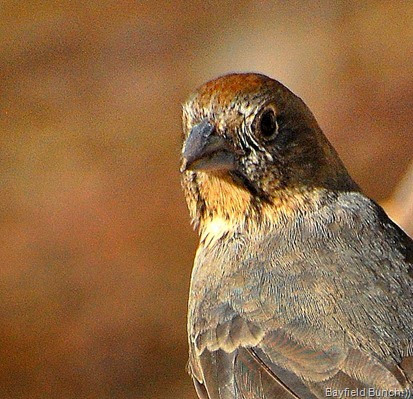 A reader in our Shout Box left this comment, “You said today that it is very rare for you to enhance colors in your photos . In many previous blogs about Picasa you have always said you use these Picasa tools frequently: Auto Color-Color Temperature-Saturation. Each of these tools enhances color doesn't it? -- The commenter is mostly correct of course but the comment also tells me I have not explained things well enough or the commenter would not have had to ask the question.  I’ll try again.  It’s true I have previously said, ‘I use these Picasa 3.9 tools frequently’ & it is also true I said in Sunday’s post, ‘it is rare for me to enhance colors in my photos.  A contradiction in terms it seems but here’s the key to what I said, “I always try to present my photos as I saw the scene & not necessarily how the camera recorded the scene.  The human eye is better at seeing light & dark as well as color than the camera is’'.  Under perfect lighting conditions cameras do well in accurately recording the scene as it is.  No adjustments necessary.  So what constitutes imperfect lighting conditions??  Two extremes…..bright sunny days & cloudy days.  Light & dark if you will.  So this is where I’ll start. 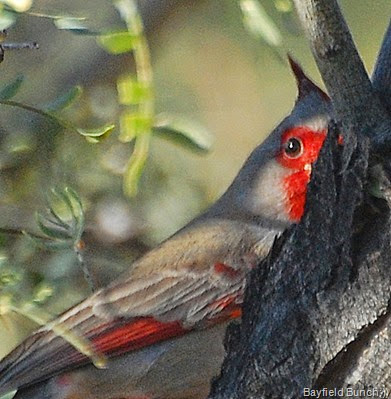 First let me explain the 3 tools the commenter mentioned.  First is ‘Auto Color’.  Photos taken on cloudy days or deep shadows on bright sunny days can have a bluish cast to them.  This is not what the human eye sees but it is what the mechanical camera defaults to.  If you like the bluish cast in the photo that’s up to you.  I don’t so I will first try ‘Auto Color’ to see if that will subtly shift the color balance to warm the photo & make it appear as nature sees it & as I truly saw it.  If Auto Color doesn’t work I will then go to my ‘Light & Color’ (Color Temperature) tool & gently slide my ‘Color Temperature’ bar to the right which adds yellow into the blue cast returning the photo closer to it’s natural color.  Depending on lighting conditions I may have to use this tool a lot or not at all.  This is an example of where I think my words ‘rarely & frequently’ were confusing to the commenter. 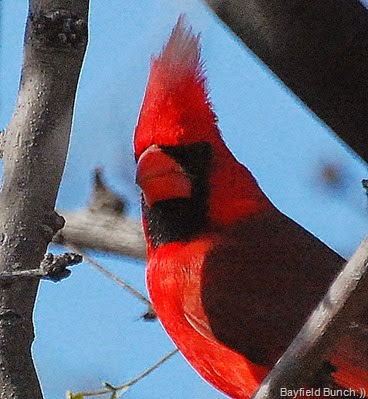 The ‘Saturation’ tool is the one I mistakenly overused in many of my photos years ago when first starting out with Picasa. (as well as I’m Feeling Lucky)  My greens were too green, my reds too red, my yellows to yellow & my blues to blue.  Saturation saturates your colors with color.  If not to be used on bright sunny days but where then to use the ‘Saturation’ tool??  Cloudy days when the lighting has a flat look to it.  Your photos may appear dull & drab without a lot of color.  The colors are there of course & they just need to be brought out a tad.  Your eye saw them well enough but the camera not so much.  Click your ‘Saturation’ tool & see if you can bring out the colors that you know are there in the first place.  Again I may have to use this tool a lot or not at all.  Depends on the lighting so let’s talk about lighting for a minute.

Lighting is probably one of the most single most important things in photography & photography has often been referred to as. ‘Painting with light’.  Eyes can see vivid detail in dark shadows but cameras have a big struggle with this.  If you have a dark shadow area in your photo you can lighten that shadow to find some detail by using your ‘Fill Light’ or Highlight’ slider bar in the Light & Color tool.  Just below those 2 slider bars is another bar allowing you to darken down areas that are way to bright in your photo.  The slider bar is simply called, ‘Shadow.’  These bars in a way allow you to kinda paint with light. 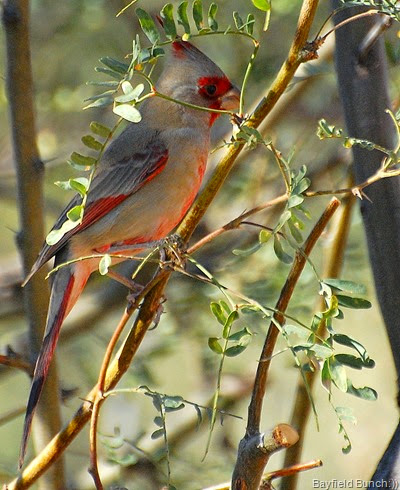 The human eye can look out on a bright sunny day & see detail in both sunlight & shadow at the same time.  Light sensors in cameras cannot do that accurately.  In other words they cannot take the place of the human eye.  Not yet anyway.  The sensors are confused by the extremes of light & dark.  Sensors will prioritize either the light area or the dark area of a scene depending on which is dominate in the sensors view so sometimes your photos are too dark or too light depending on the cameras sensors.  Of course this is not how your eye saw the scene but with a photo editing program you at least have some options to help you return your improperly exposed photo back to the natural setting you saw.  And remember, exposure radically affects color.  Years ago in the old film days the vast majority of people never had these options.  If your photos came back from the photofinishers too dark, too light, or the color was off there was very little one could do about it.  That has all changed now with the digital age & there is something we can do about it & it’s called photo editing.  We can now improve our own photos……if we want to that is. 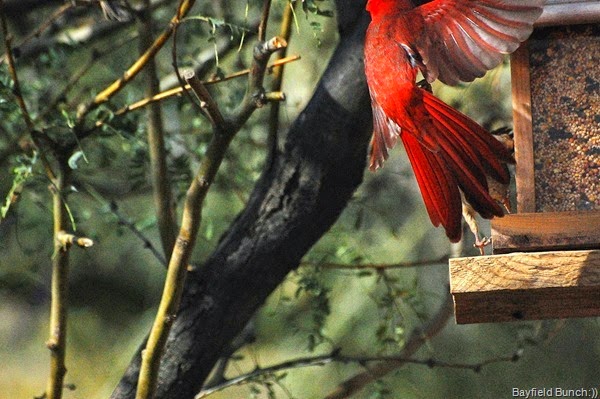 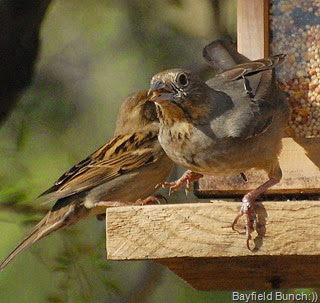 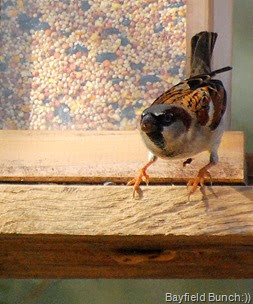 Now, having said all the above I have either made things more confusing for everyone, bored all the rest, or I have added some understanding to my words ‘rarely & frequently’.  So to answer my commenter I say, yes it’s true I rarely enhance colors in my photos & yes I often use these Picasa tools frequently.  In a nutshell….if & when lighting is perfect I rarely have to use any editing tools but when conditions are less than perfect which is the norm I do have to frequently use various editing tools to try & return that photo to a natural state of color & exposure.  And that is that natural state I prefer. 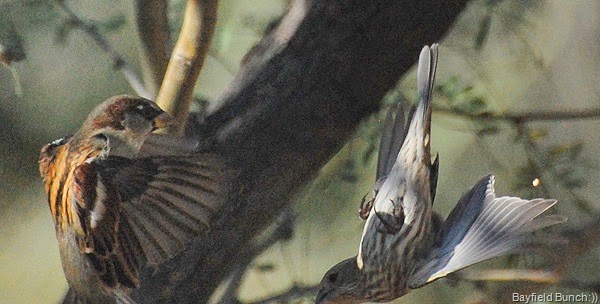 And a quick word about the basic photo editing program I use.  I’m thinking Picasa 3.9 could be referred to as an entry level editing program because it’s not nearly as sophisticated (or complicated) as the professional Adobe Photo Shop programs & others out there.  Picasa gives the user enough tools for advanced amateur hobbyists like myself to at least make some realistic improvements to their photos.  I like Picasa because it is easy for me to use.  I tried a Photo Shop program once & I might as well have tried to flap my arms & fly to the Moon.  There, that’s more than enough out of me tonight again………….zzzzzzzzzzzzzzzzzzzzz

GROANER’S CORNER:(( Yesterday, I had a near death experience that has changed me forever.  I went horseback riding. Everything was going fine until the horse started bouncing out of control. I tried with all my might to hang on, but was thrown off.  Just when things could not possibly get worse, my foot got caught in the stirrup. When this happened, I fell head first to the ground.  With foot caught in the stirrup my head continued to bounce harder as the horse did not stop or even slow down. Just as I was giving up hope and losing consciousness, the Walmart manager rushed over and unplugged the machine.