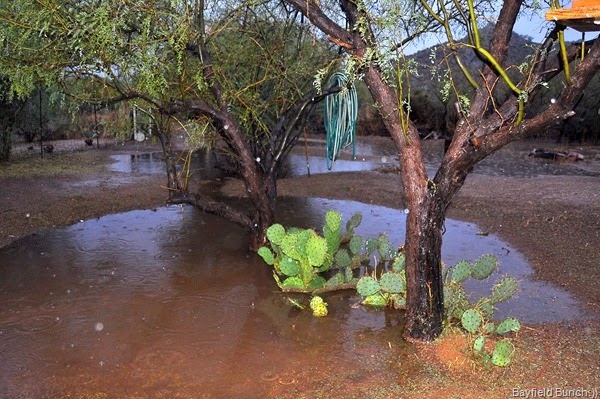 It was a big noise on our roof that woke me about 4 this morning.  Kind of a dull roar & a sound I had heard before.  We have a metal roof & there was no mistaking it, we had a heavy rain going on.  Of course my mind right away took off thinking, ‘did I put up the Jeep windows, did I leave anything sitting out, is the front porch furniture moved back far enough, oh-oh bet the shed doors are open, did I close the big garbage can lid????????? 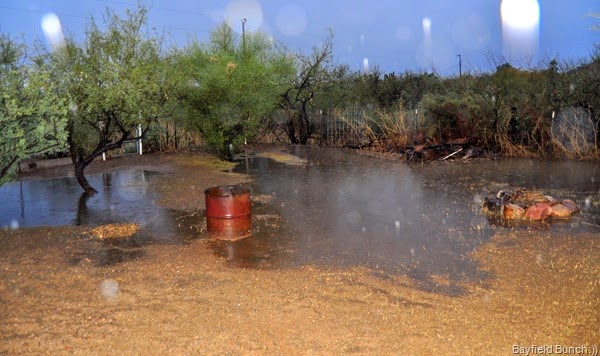 YEP I WAS TAKING THESE PICS IN THE RAIN

CORNER GAS - THE MOVIE opened in selected theaters to great reviews on Wednesday December 3rd.  I’m sure none of those theaters will be anywhere near where we are here in Arizona but the movie will air on Wednesday, Dec. 17 at 8 p.m. ET/PT on CTV, CTV Two, and CTV GO.  All Canadian channels of course.  In many of the TV episodes a radio could be seen in the background up on a shelf behind the Corner Gas counter.  I just happen to have that very same kind of radio & it sits in my bedroom atop my dresser drawer.   I’ve that that radio since the early 80’s & my Uncle Fred had the same model radio years before that.  While at the Corner Gas set in Rouleau Saskatchewan back in October I picked up a small stone lying in the gravel just in front of the gas pumps.  I also bought a Corner Gas key chain in Rouleau’s convenience store.  Below are pics of all 3 of the above mentioned.  Fans of Corner Gas will understand this paragraph while others may not. 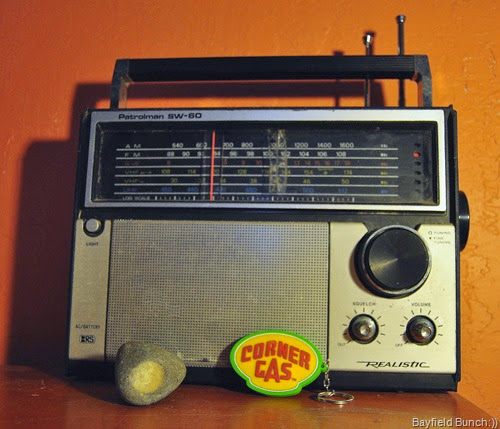 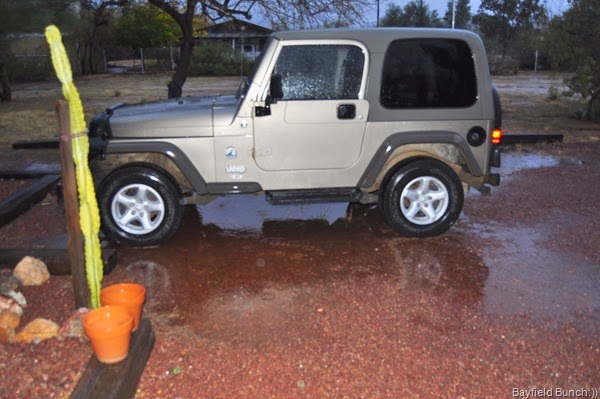 At the optometrists a few days ago the lady there did mention to me about the transition glasses not working well in a vehicle because of the surrounding treated glass.  Said sunglasses while driving would probably still be needed.  I have clip-ons but they are pretty scratched up & as the lady pointed out they can scratch one’s glasses.  That’s true so I ordered myself a pair of COCOON'S:)) 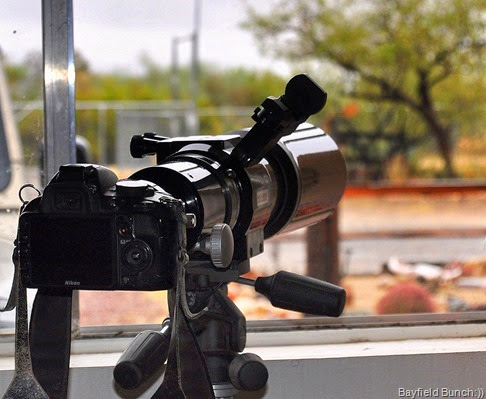 Kelly spent a chunk of the morning watching some Madmen DVD’s so that pretty much knocked out TV as one of my rainy day options.  Occupied my time with indoor puttering & some reading.  Rains did finally let up about mid afternoon & that seemed to bring on a lot of singing from the Cactus Wrens outside.  Computer radar showed the big green rain Monster is moving off across mid & eastern Arizona to New Mexico & beyond. 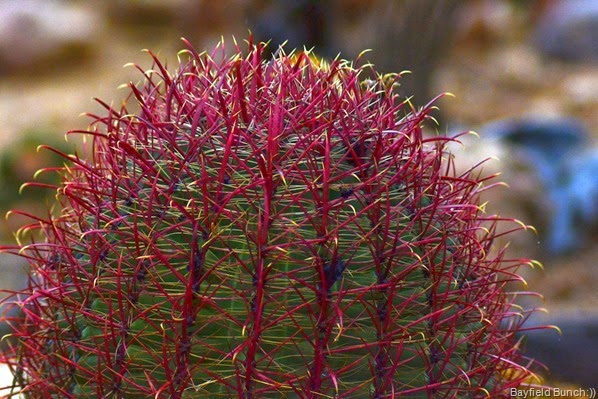 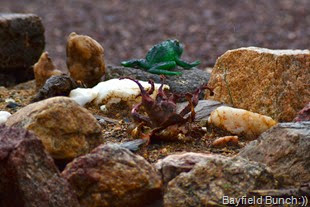 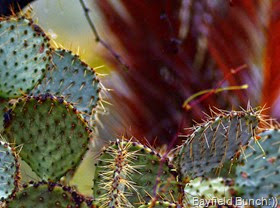 Retired Rod suggested I look in the rafters of the shed for Froggy & Jean said to have a look in the rafters of our front porch.  I had actually checked both those spots but to no avail.  I am beginning to think a Pack Rat snatched Froggy & hauled him off to his house somewhere.  Seems to be about the only logical explanation left.  But where that Pack Rat’s nest is I have no idea. 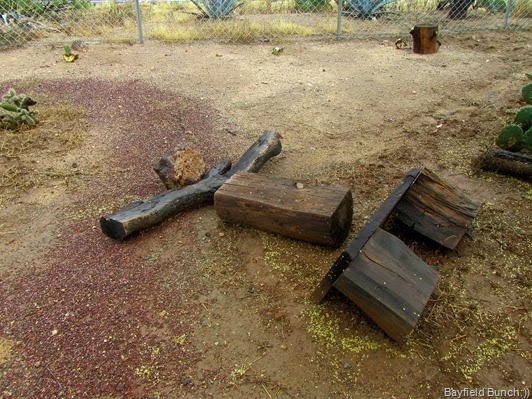 And by golly if the sun didn’t start poking through the heavy cloud cover late this afternoon.  I’m a thinkin we might see some blue sky & have us a nice warm up Friday morning sometime. 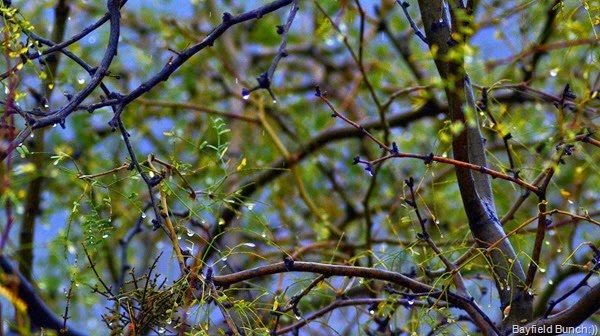 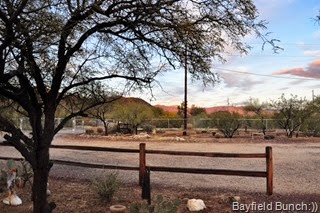 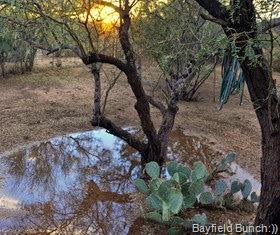 And here’s another opinion on what happened to Froggy.  Chinle over at SPOTTED DOG RANCH in a comment writes: “Maybe Pheebs needs some chewies. This would also implicate Kelly, who would have to be the one who hid the body”.  Hmmmmmm, I think Chinle just might be onto something here……………….. 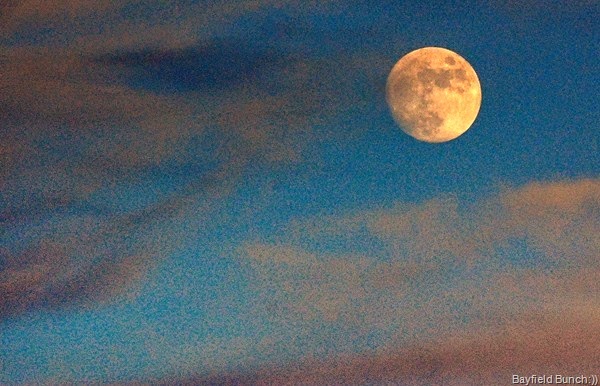 GROANER’S CORNER:(( A rich Texan walked into the offices of the president of a small Texas college and said, "I'd like to donate a million dollars tax free to this institution. But there's a condition - I would like to have an honorary degree."  The president nodded agreeably, "That's not a problem. We can certainly arrange that!"  The rich man then added, "An honorary degree for my horse."  "For your horse???"  "Yep, you betcha. She carried me for many years and I owe her a lot. I'd like her to receive a Tr.D., a Doctor of Transportation."
"But, we can't give a degree to a horse!"  "Then I'm afraid I'll have to take my million dollars to another institution."
"Well, wait a minute," said the president, seeing the million slip through his fingers, "let me consult with the school's trustees."  A hurried trustee meeting was brought to order and the president related the deal and the condition. All of the board reacted with shock and disbelief, except the oldest trustee. He appeared to be almost asleep.  One trustee snorted, "We can't give a horse an honorary degree, no matter HOW much money is involved."  The oldest trustee opened his eyes and said, "Take the money and give the horse the degree."
The president asked, "Don't you think that would make us look ridiculous?"  "Of course not," the wise old trustee said. "It would be an honor. It'd be the first time we ever gave a degree to an ENTIRE horse." (might have to think about this one for a minute:))