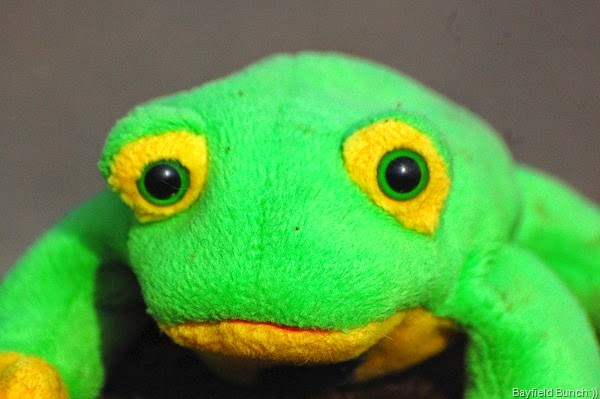 And he’s intact & well too:))  Just after posting Thursday night’s blog I decided to go out & have a look in an area I had overlooked because I thought it too small for Froggy to have been pulled into.  If you look at the photo of Spencer & Froggy I had in Wednesday night’s post you will notice a small opening in the background between the wooden porch & the cement.  Although I had looked under the porch to the right of that area where the gap is wider I had not looked under the porch where the cement is raised.  With flashlight in hand I kneeled down with my face nearly on the cement & shone my light into the dark area under the deck.  ‘Bingo’ there was Froggy about 8 inches under there sitting upright looking right back out at me.  Noticed a bunch of dried grass & stuff gathered about so right away suspected a Pack Rat had dragged Froggy in there.  Could barely get my hand & arm in but I was able to get a hold of Froggy & pull him out.  He didn’t look any worse for ware with just a bit of mud on one leg.  After walking all around the property Thursday I found Froggy last night just 2 feet from where he had originally vanished from.  Needless to say I won’t be leaving Froggy outside on Spencer’s back again.  And that darn Spencer never even lifted a paw to help his little buddy when the Pack Rat dragged him away………… 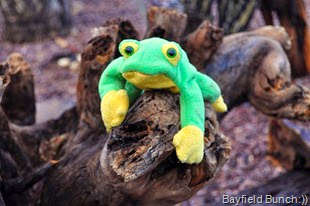 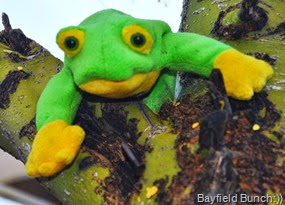 The folks over at Good-Times-Rollin in a comment asked, “Al, how do you clean the dust off your camera? Have you ever used the cans of pressured air?  Yes I have used that pressurized air in a can but I didn’t like it.  It can spit out propellant at times & the strong blast of compressed air can force fine minute dust particles into your camera & lens workings.  I use a soft blower brush to dust off the lens & I use moistened Q-tips for cleaning in around the eye piece viewfinder & corners of the cameras exterior.  And Gaelyn from GEOGYPSY in a comment asked, “ I like the looks of that telescope on the camera. Any of these shots taken with it?”  Yes, the 4 photos from my bedroom window of our cactus garden were taken with that Stellarvue Nighthawk telescope & camera set-up. 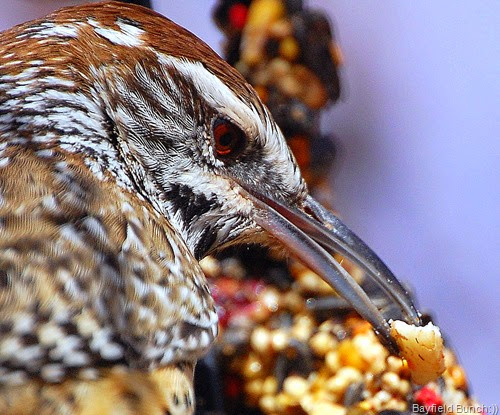 Not a lot going on for us today.  A trip to Wickenburg this morning for Kelly to pick up her blood test results at the Medical Center.  Checking her numbers with previous tests she noted everything was in line & nothing amiss.  Some numbers a bit on the high side but they have always been that way since her first tests a couple years ago.  The Wickenburg Medical Center faxed a free copy to Kelly’s specialist in London Ontario anyway.  Aside from tiredness usually in the afternoon’s Kelly’s feeling pretty good considering how she was feeling just a couple weeks ago.

ONE HAS TO ALWAYS BE WARY WALKING THE STREETS OF WICKENBURG 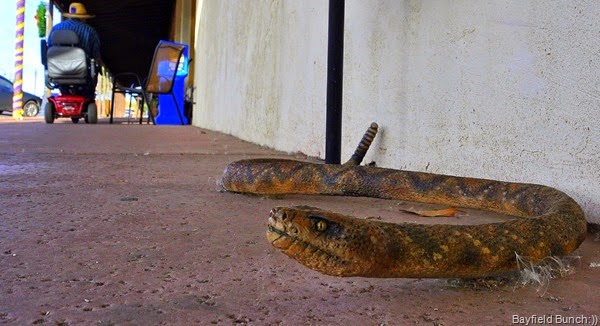 THERE ARE VARIOUS DESERT CREATURES ON THE SIDEWALKS WHICH ALTHOUGH LOOKING VERY LIFELIKE ARE IN FACT JUST REPLICAS OF THE REAL THING………….:))

Now here’s a curious thing.  When taking the photo of the above model of a Diamond Back Rattlesnake I noticed some lint or piece of fuzz hanging from the snakes chin.  You can see some more white lint further back on the Rattlers body.  I knew it would make a better photo if I just reached over & removed that lint but do you think I could bring myself do that.  No Sireeeee the mental image & that ingrained human fear of snakes would not let me reach my hand anywhere near that fake snake.  No problem I thought, I’ll just remove that lint with my photo editing program when I get home.  And that’s what I did.   Much safer that way wouldn’t you say:))  PICASA 3.9 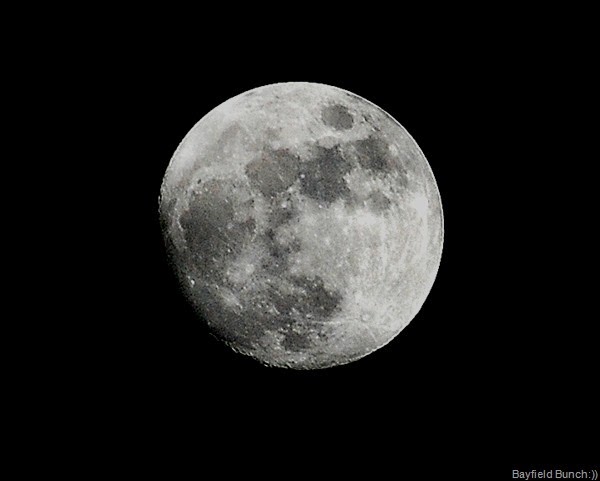 GROANER’S CORNER:(( An investment counselor went out on her own. She was shrewd and diligent, so business kept coming in, and pretty soon she realized she needed an in-house counsel. So she began interviewing young lawyers.  "As I'm sure you can understand," she started off with one of the first applicants, "in a business like this, our personal integrity must be beyond question."  She leaned forward. "Mr. Peterson, are you an *honest* lawyer?"  "Honest?" replied the job prospect. "Let me tell you something about honest. Why, I'm so honest that my father lent me $150,000 for my education and I paid back every penny the minute I tried my very first case."
"Impressive ... and what sort of case was that?"
The lawyer squirmed in his seat and admitted, "He sued me for the money."