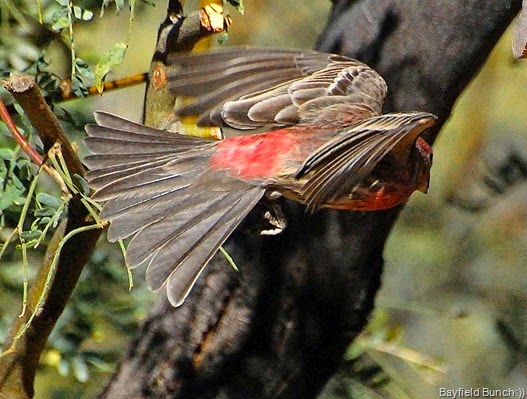 I sat quietly near the tree of birds camera on my lap.  Only one feeder hung today but it was enough to bring a whirring of wings like tiny helicopters blades flitting by my ear.  A bevy of Quail came in trusting my stillness.  No feathered flyers touched down on my shoulder & no white splotches on my cap.  Pheebs lay stretched out beside my chair paying no attention to columns of ants carrying bits of Mesquite leaves to underground homes some distance away in a Prickly Pear patch.   Sun at my back cap pulled down & eyes closed at times I listened to the days overhead feathery flutterings.  An occasional short sharp shriek brought to my ears sounds of quick disputes at the feeder hastily resolved by the size of the shrieker or the defiance of the shrieked at.  Sun’s rays as hot as the cool air.  A southerly breeze resolved Mother Nature’s discrepancies making for a fine couple hour’s sitting under my tree of birds……………….. 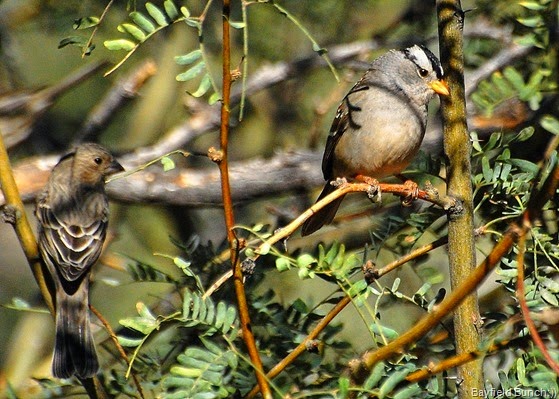 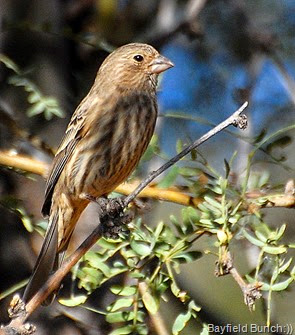 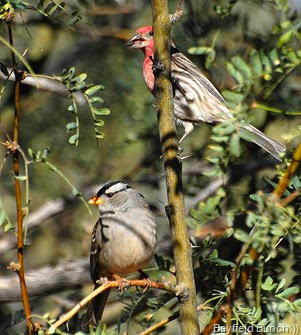 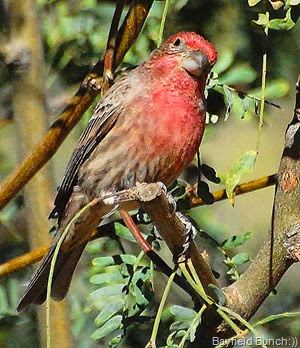 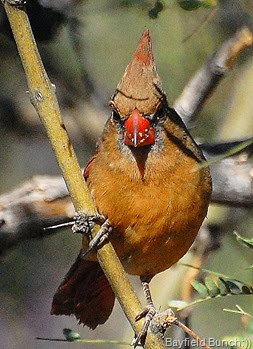 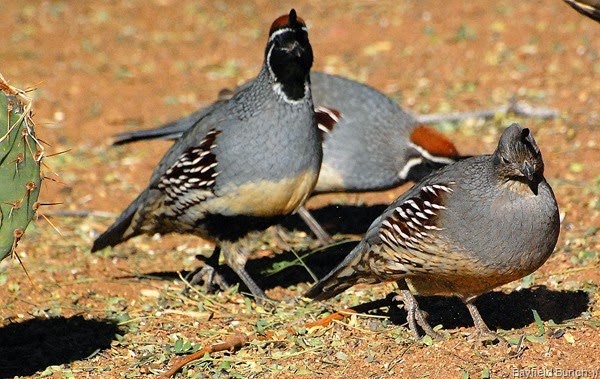 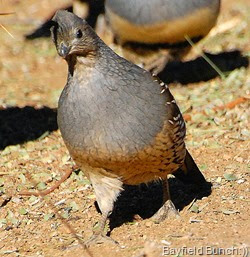 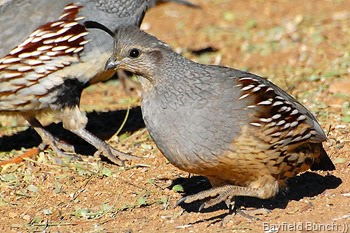 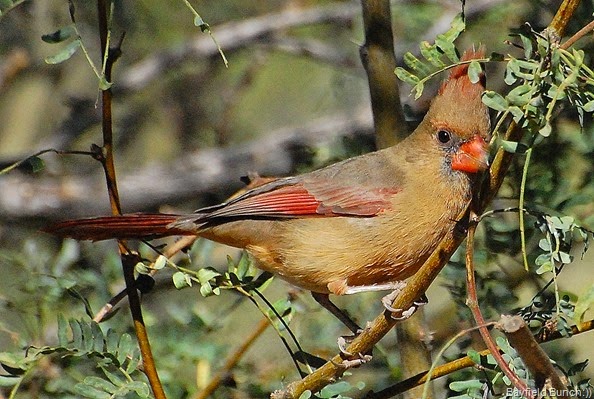 GROANER’S CORNER:((  A man goes to his local bank and asks for a loan to start a chicken farm. The loan official asks him what exactly the loan is for-it is to buy new chicks. The loan is okayed but a week later the man is back, seeking another loan to buy new chicks. The loan officer asks "What happened to the first batch of chicks?", to which the man replies, "I don't know! I can't figure out if I'm planting them too close together or too far apart."

Very early one morning two birds are sitting at the side of a large puddle of oil. They see a worm on the other side. So...the one flies over and the other one swims through -- which one gets to the worm first? The one who swam of course, because "Da oily boid gets da woim."