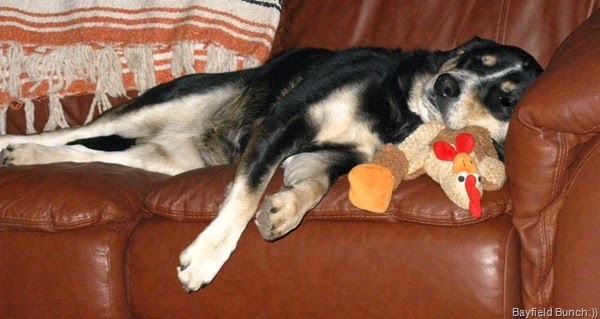 JUST KIND OF A SNOOZY DAY AROUND OUR HOUSE

Under a heavy cloud cover today so that meant cooler air.  With a warm T-shirt & my flannel shirt feeling quite comfortable I puttered about outside.  Loaded up & rearranged a few RV bins,  ran the generator & engine for a bit, pulled the tire covers off & rolled up the outside mat all in preparation for Monday’s departure.  Temps in the mid to upper 70’s slated for the Slabs next week with temps here in Congress predicted to be in the mid 60’s with night time lows in the low 40’s. 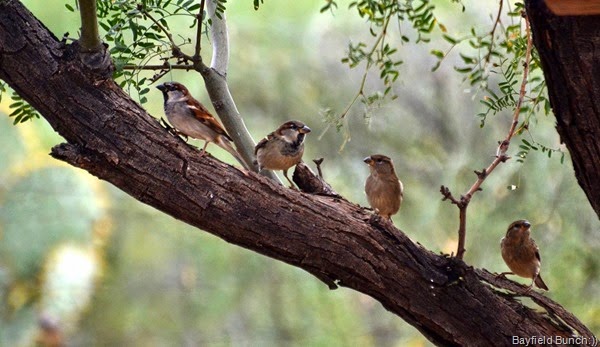 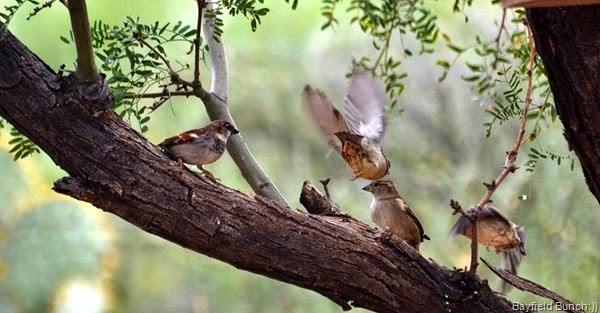 Not sure what is going on at the end of the Grand Bend pier back home but clicking on the Yacht club lake cam this morning I saw 2 work trucks backed out to the end of the pier & the white lighthouse beacon which has stood there for as long as I can remember is missing. 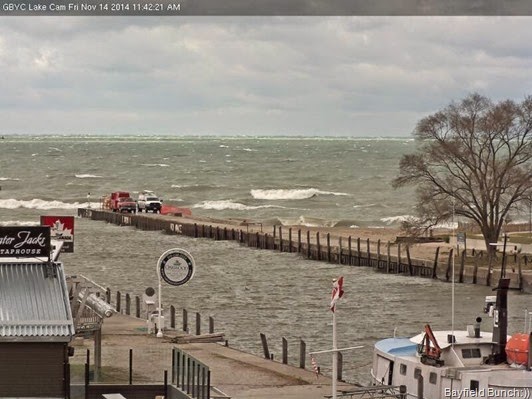 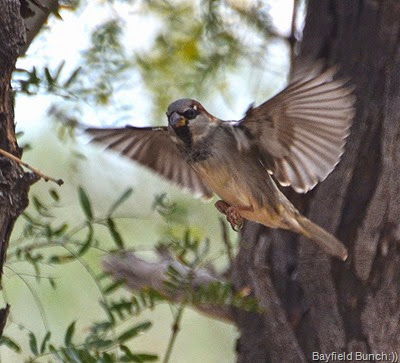 Only took me about 15 years to remember something I’ve been meaning to correct regarding my Facebook.  Had set up a Facebook account in our early computer days back in the late 90’s.  At some point for some long forgotten reason I decided to not use that Facebook account anymore & set up a new one which I have had ever since.  Problem was I kept forgetting to delete the old Facebook account & occasionally I was still getting notifications of pending friend requests etc.  Yesterday after thinking about it again I quickly mentioned it to Kelly.  Didn’t take her long to figure things out & 20 minutes later that old Facebook account was history.  And to think it only took me about 15 years for my mind to remind itself to get that done.  Aren’t modern day attentively decisive minds a wonderful thing. 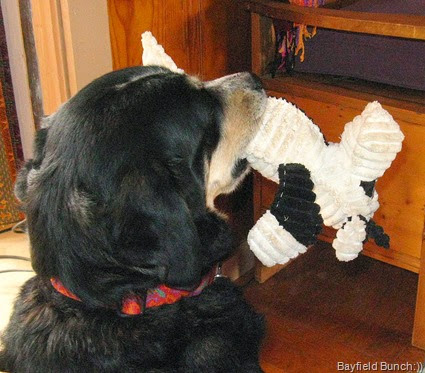 Yes I know I grumble from time to time about the state of television programming & I do whole heartedly stick by my grumbles but like everything else there are two sides to television programming.   The goods the bads, pros & cons, ups & downs, negatives, positives, & so it goes.  Same thing can be said for computers but would I quit using my computer or throw it out the window because of the negative side.  Not a chance.  Have I given up watching television & thrown it out the window.  Not a chance.  Both television & computers are not only great entertainment sources but they are excellent learning & educational tools as well ‘if used properly’.  To give up either one because of their negative side I think is a bit shortsighted.  Like cutting off one’s nose to spite their face.  It comes down to each individual’s preferences, self control, & how well one discipline’s themselves to what is in front of them.  Yes there is a lot of lot growing garbage on TV making it more difficult to flesh out the quality programing but there is still some left.  Frustrating of course to have to wade through all the schlock nowadays but if one perseveres one can still benefit greatly from the positive side of television.  And yes there still is a positive side there although it seems it is increasingly harder to find these days. 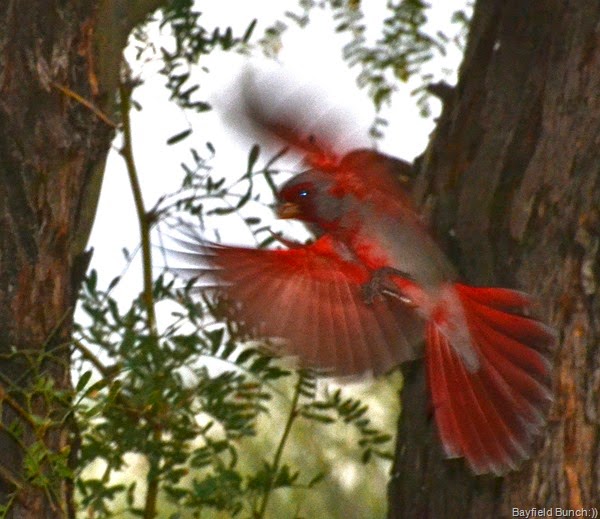 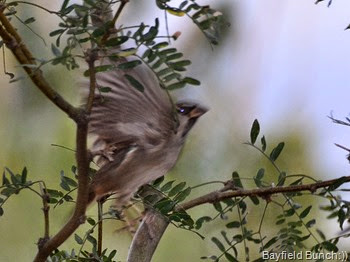 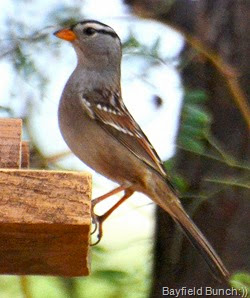 A FEW BIRD PHOTOS THIS AFTERNOON 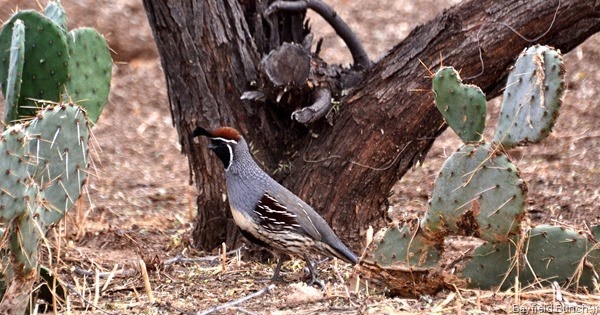 Chances are good we will be without an inverter next week for a few days & probably longer.  If so I’m hoping Solar Mike will have a spare he could throw in for us until we get our’s back.  Otherwise we are going to be dead in the water having to use our generator for everything.  I’m sure it will be another learning experience for us……… 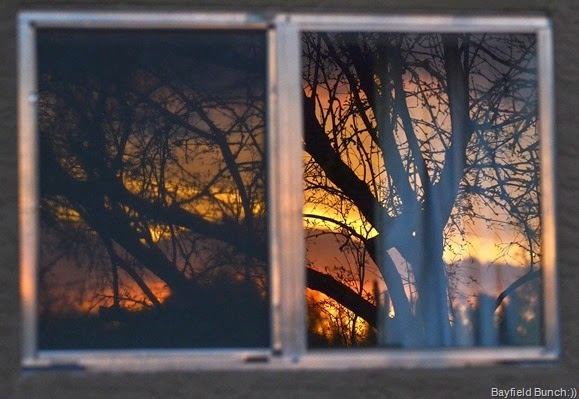 GROANER’S CORNER:((  It was very crowded at the supermarket, and the customer in front of me had a large order.  As the harried looking clerk lifted the final bag for her, its bottom gave way, sending the contents crashing to the floor. "They just don't make these bags like they used to," the clerk quipped to the customer. "That was supposed to happen in your driveway!"

Mary and Joan were having lunch when Mary said "My son is really growing up."  Joan said "How do you know that?"  Mary replied, "Instead of asking me where he came from, now he refuses to tell me where he is going!"