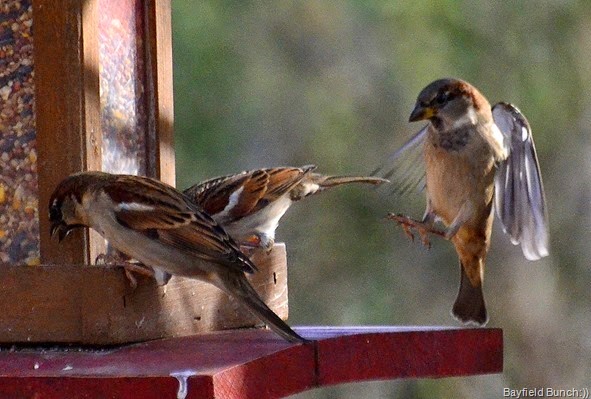 Judging from how much better Kelly felt this morning I probably owe Del-Taco an apology for assuming something I ate there likely gave me food poisoning last week.  I’m thinking now it was that 24 hour flu & I’m also thinking that is what I somehow passed onto Kelly making her so sick as well.  With her ongoing medical condition we automatically jumped to the conclusion her sudden sickness was related to that.  It may or may not be the case.  Although she didn’t feel like coffee again this morning she did rustle up some scrambled eggs.  Aside from feeling very tired her main concern today was trying to keep herself warm.  Thanks to readers for your concerns, suggestions & advice.  But here’s the problem we are facing………………. First….I do not want this following paragraph to digress into a political debacle over health care systems.  This is not what this is about.  Keep in mind as you read this we are Canadians in the United States & our insurance coverage & procedures are different.  Yes we have travel insurance but our ‘out of country’ coverage will not include anything related to Kelly’s Auto Immune liver problem because they class it as a ‘pre-existing condition’.  It’s just the way insurance companies work.  If we were in Canada right now Kelly could just go see her Doctor no problem.  Tests, procedures, scans, operations etc are all covered.   If Kelly breaks a leg or had a heart attack etc  here in the States she is covered but if she goes to a Doctor here in regards to her liver condition & the Doctor schedules her for any scans, tests, medical procedures or whatever costs can rapidly skyrocket & come right out of our pocket because her insurance will not pay the costs incurred.  We are not rich folks.  So here’s our dilemma, what do we do??  Does Kelly fly back to Canada & spend the next couple months at home waiting for various test appointments.  Medical appointments back home generally take time.  Too often there is ‘a long wait!!  Do we begin packing up the rig & head back to Canada?  Some days she feels pretty good & some days she does not but she is adamant about not rushing off back to Canada.   This is not an easy time for us right now in deciding what we should do.  It’s not a cut & dried decision.  What would you the reader’s do under these circumstances??  Maybe you can now see why I have been using the term ‘one day at a time’ lately.  Update::  After writing this paragraph late this afternoon Kelly mentioned tonight she is going to make an appointment at the Wickenburg Medical Clinic next week for the same type of liver monitoring blood tests she had done there last winter.  It’s a start & I feel that is at least a step in the right direction right now………………….. 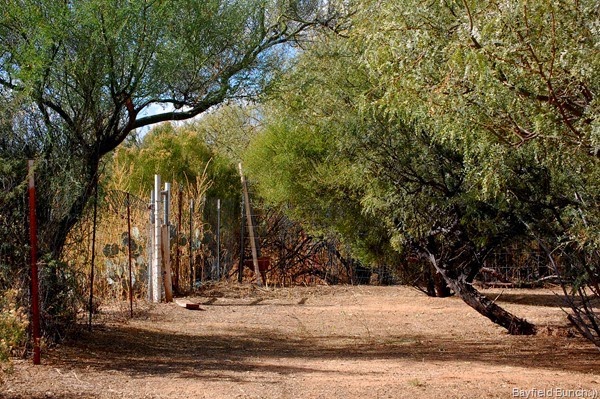 Definitely cooler in Congress than we were used to over at the Slabs in California but still a hundred times better than if we were stuck back home in Bayfield’s winter weather.  We are so eternally grateful for these past 9 winters we have so fortunately been able to spend here in the much warmer & much sunnier climes of America’s wild & wonderfully wooly great Southwest. 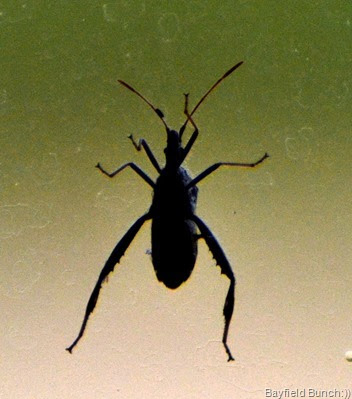 Repositioned the rig in it’s spot, unloaded a few more things, straightened up some bins, checked the oil, etc.  Despite a few glitches we are still very pleased with the rig & I’m glad our water pump has not given us anymore problems since a temporary glitch up in North Dakota on our way down.  Since the problem Magnum inverter was removed there has not been a whining noise somewhere in the dash/engine anymore either.  Will be so happy to get this whole inverter thing resolved once & for all.  Temecula RV did call today saying they had just received our inverter but didn’t know if they would have time to bench test it today or tomorrow.  Said if we don’t hear from them late Wednesday it will be next week sometime before they get at it.  Turns out Kelly’s illness brought us home at a good time. 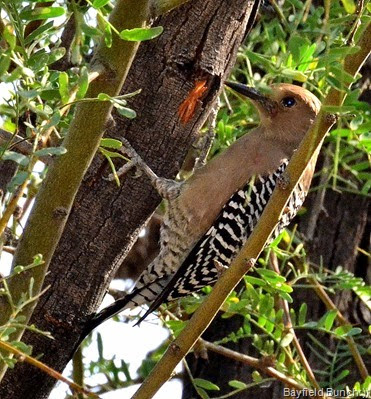 Dam Pack Rats!!!!  Opened the shed door this morning & stuff was scattered about again & dragged into the same corner where I pulled apart a Pack Rat nest early last October.  I did get that nest cleaned out but in moving some boxes up in the rafters another Pack Rat jumped out of a box & scared the heck out of me.  That’s 3 Pack Rat nests I’ve discovered in our shed.  I have since removed any boxes from the rafters & sealed a hole near the door where I saw one ski-daddle through.  Probably going to have to borrow our neighbor’s cage again, catch those Rats & drive them 642 miles out into the desert somewhere. 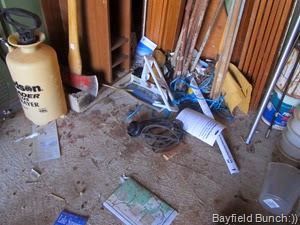 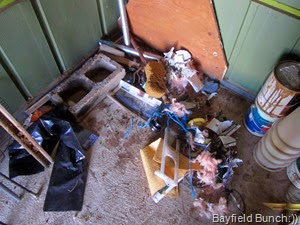 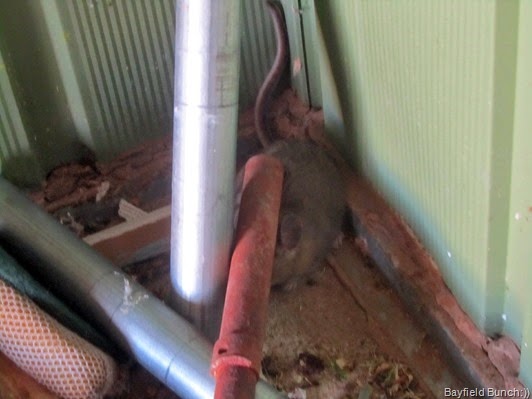 Sitting in our big relaxing recliners last night all stretched out comfy after a nice hot lengthy shower I couldn’t help but think to myself, ‘ why would anyone go get in a rectangular box on wheels, drive miles & miles from home only to park out in the desert somewhere.   The same thought always occurs to me in reverse as well as each time we are out boondocking somewhere with no people in sight I think to myself, ‘why would anyone sit around in their house & not want to go anywhere as beautiful as this’.  Oh tis quite a restless & unsettled life I lead.  Never satisfied for long where I am until I have moved to another place where I will soon become unsatisfied enough to yet again move to a different place & once more resume my wait impatiently for that urge to move on to yet another spot again.  While cleaning up in the rig this morning I thought to myself, ‘ya know I could just jump right into that driver’s seat right now & head off somewhere down the road & feel pretty darn good about doing it too. 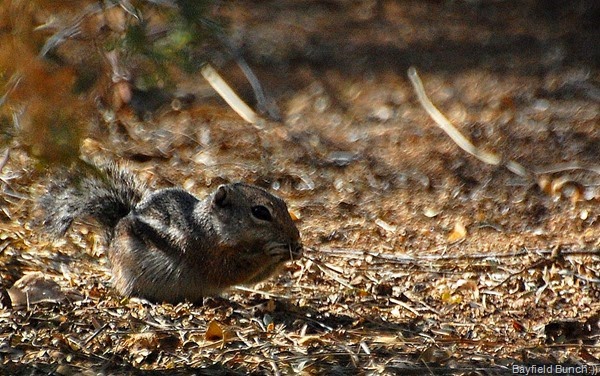 NO NOT A PACK RAT BUT A SOUTHWEST CHIP-SQUIRRELLMUNK:))

I sometimes respond to comments in our Shout Box & other times I just let them go.  Kelly prefers I let them go but sometimes I feel they warrant a response because of their obvious misaligned intentions.  I had actually started a rather sharp response to the comment regarding ‘all the issues with a coach’ but when I saw Sarge, SallyB, Kay, & RV SUE beat me to it I thought to myself………….Yay team:)) 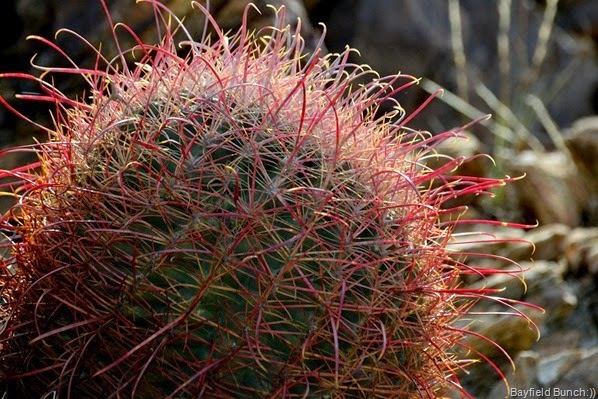 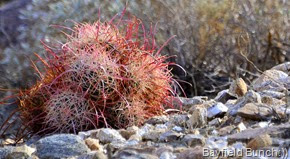 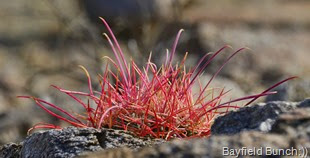 I particularly liked Jodee’s latest post over at ON THE ROAD ABODE.  She writes about ‘Why I’m Thankful’ & she writes it with honesty & feelings.  I like when open minded, helpful, & understanding people write like that.  She has been able to make her positive attitude work for her & I have respect for people who are reality based enough to do that honestly. 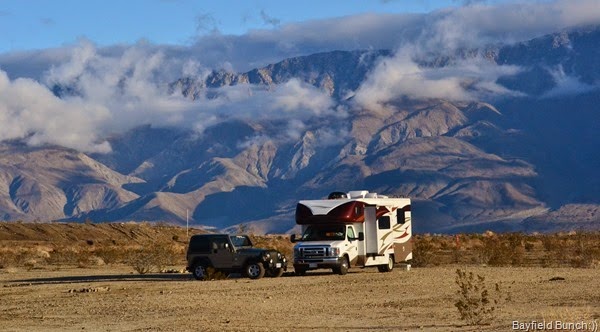 GROANER’S CORNER:(( The fourth-grade class was studying the development of the auto industry. The teacher had emphasized the role played by Henry Ford, whose assembly lines decreased production costs.  At the end of the unit, she gave a test including the question: "What did Henry Ford invent that made buying a car more affordable?"  One of the students wrote: "0% financing."