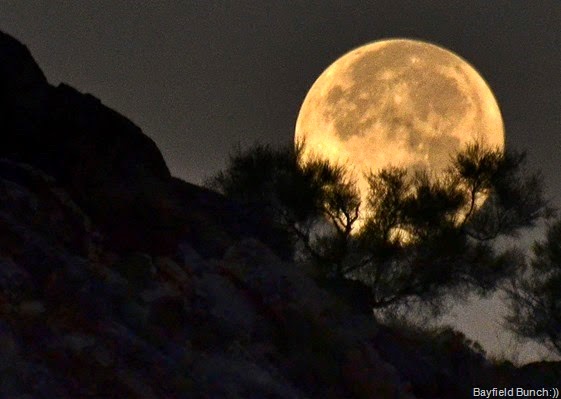 My bedroom faces east & with Thursday night’s full moon spilling in through my open window & across my bed I crawled in between warm flannel sheets.  It’s not that it was cold out I just like the feel of flannel sheets. 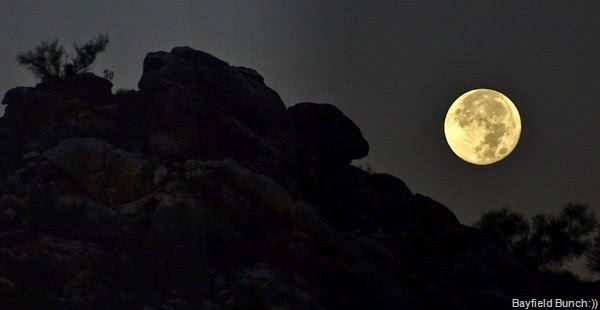 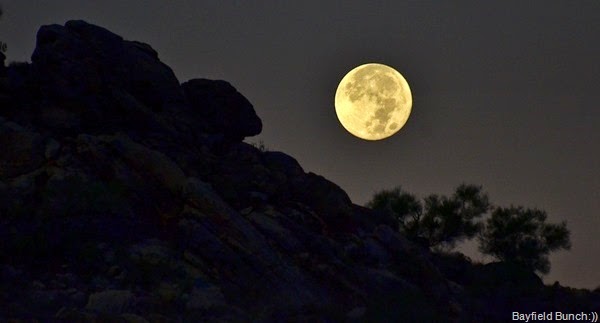 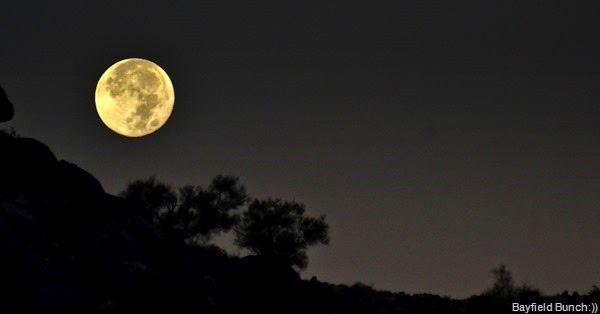 Standing in our front yard Thursday night about 5:45 Arizona time we watched the big moon lumber up & over the southern end of Arizona’s Weaver Mountains.  My camera remained in the house hanging on the wall.  Just wasn’t in a photo mood & with so many moon photos I decided to just use 3 from my files for Thursday night’s post.  They were taken of November’s full moon from our front yard one year ago about the same time as last night’s full moon.  First photo showed the setting sun’s last rays lighting up the top portion of a cloud bank from which the moon had just risen.  The lower portion of the cloud bank was in shadow & that’s why it appeared darker.  The overall lighting was such that the exposure allowed detail both in the highlighted cloud & moon as well as in the darker clouds below.  Sometimes things come together just right for photos like that.  In other words, a lucky shot. 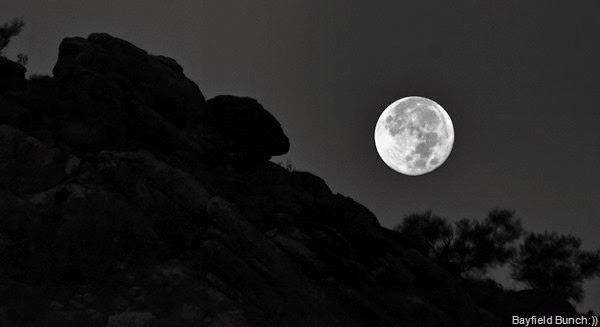 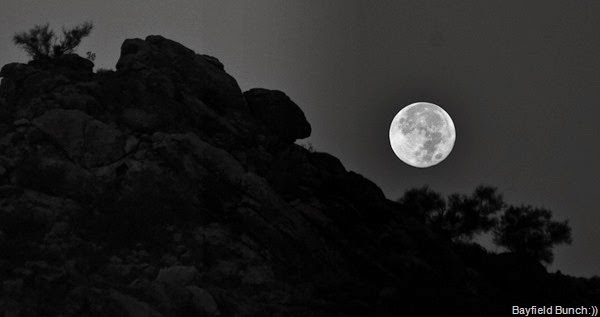 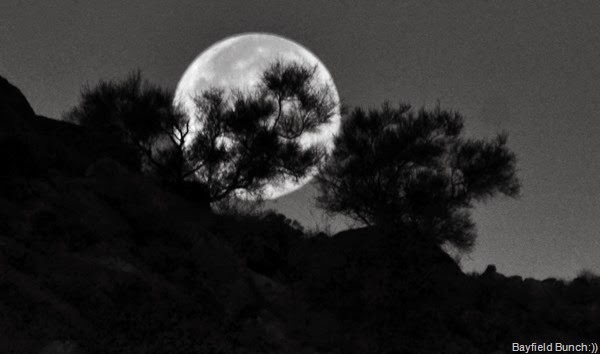 I still think in the grand scheme of RV living it is the 5th wheels which due to their design are able to offer the best in innovative floor plans.  The upstairs bedroom & washroom are uniquely separated from the kitchen & living room giving them a nice split level feeling.  They don’t have that long bowling alley look to them.  Our first Snow Birding RV was a Rockwood 5th wheel.  A nice one of course but I won’t go into all the reasons why we switched to a Motorhome but can say one of the many things we like about Class A’s is the large windshield which when parked is like a big bay window at one end of the living room.  Both reclining Captain’s chairs swivel around giving us two extra comfortable seats.  It’s a stand up area also giving us an additional 2 side windows for extra viewing & ventilation.  We don’t think of this area as wasted living space.  Both in dash A/C & heat can be utilized as an option if necessary plus the in-dash radio, cd player, etc provides easy access to it’s own entertainment center.  CB radio is also easily accessible if needed.  And the large flat dash area provides a nice greenhouse area for people who we sometimes see with their treasured houseplants, teddy bears, or family pets.  Just a few extra thoughts on why we prefer a Motorhome Donna:))   If interested I have a whole bunch more………

Still keeping a close eye on the weather over in Niland/Slab City.  Mid 80’s this coming week but looks like temps may soon be dropping into the 70’s a week later.  That could very well be the time we head over to Solar Mikes for him to troubleshoot our inverter problem.  I’ll just be a happy guy to be on the road going somewhere again. 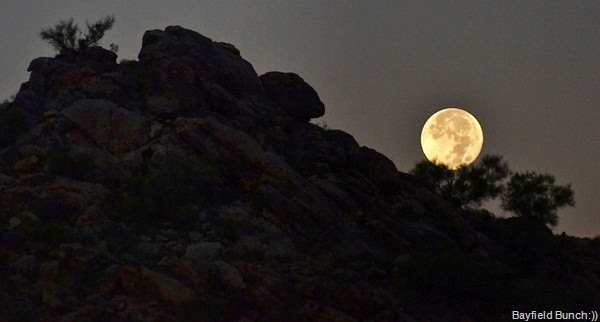 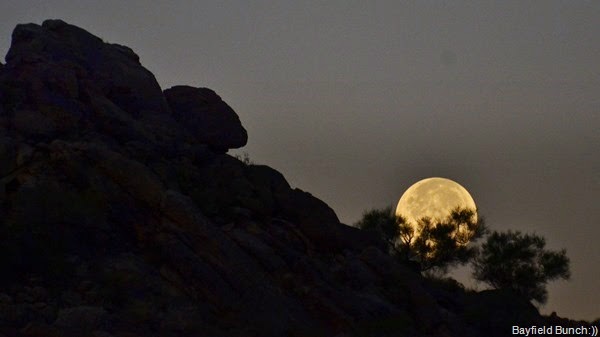 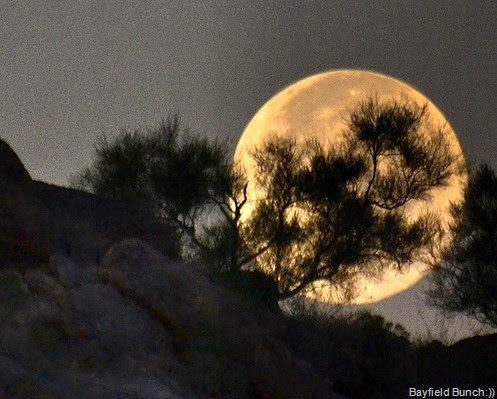 For a change of pace we drove to the end of Ghost Town Road this morning about a mile from our place, parked the Jeep at the Pioneer Cemetery & walked ourselves around on the original town site where Congress once stood in it’s earliest days.  Reason for the town here at one time was the big Congress Gold Mine right next to it.  Nothing much left of the old town anymore except a couple old cemeteries, broken glass & pottery plus a a few pieces of rusting tin found here & there overgrown with cactus.  Tailings from the large mine just up the road are still visible plus a few old shacks but there are no trespassing signs up because there are still some people there working the mine tailings. (Tailings, also called mine dumps, culm dumps, slimes, tails, refuse, leach residue or slickens, are the materials left over after the process of separating the valuable fraction from the uneconomic fraction (gangue) of an ore) A neighbor told us our cowboy house was built by a miner working at that mine back in the 50’s & our house has a lot of wood in it from some of the old mine shacks which were torn down at that time.  We can see those old weathered pieces of wood up in our attic.  And they sure are old & they sure a weathered. 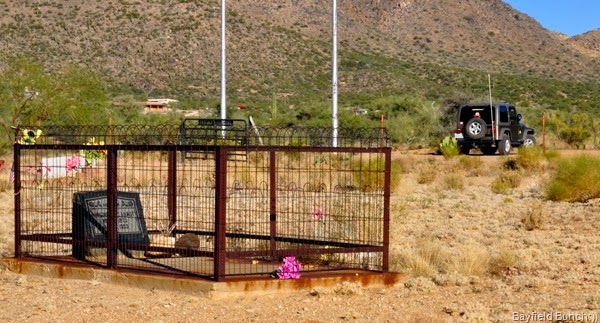 ONE OF TWO OLD CEMETERIES AT THE OLD CONGRESS TOWN SITE 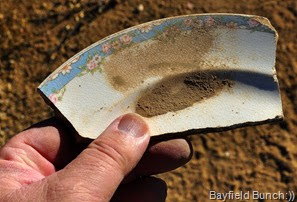 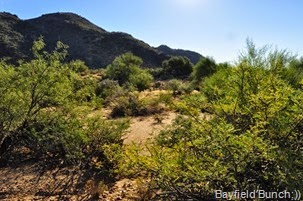 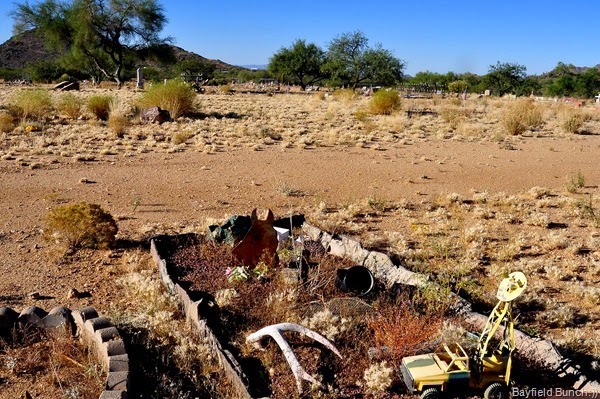 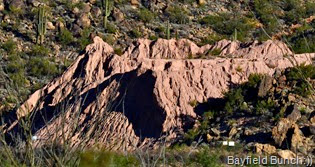 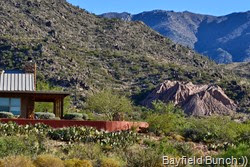 Rather than sliding into the doldrums again today I was fortunately overpowered by a sense of cleaning.  Hauled out the vacuum & started in my bedroom which carried on to the living room.  Wiped down furniture & mopped floors.  I always like whenever I shift into cleaning mode because it always gives me a sense of well being & accomplishment when I’m done.  Took 2 of us though to ride shotgun & rustle out a whole herd of dust Elephants we found under the furniture……… 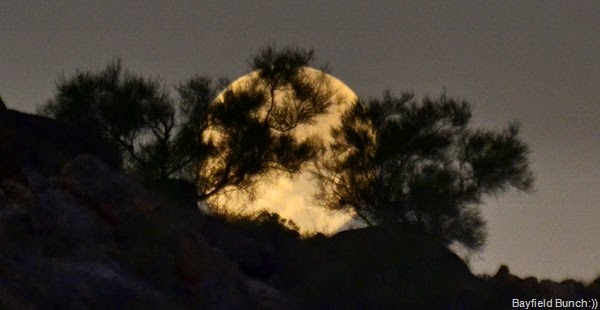 And a word of thanks to readers once again for their kind comments & emails.  I have a choice each night when I sit down to write my post & as long time readers may agree I chose to write how I feel.  I don’t try to gloss things over giving the impression everything is wondrously awesome when it is not.  If I’m feeling depressed it’s going to show up in my writing just as my feelings of happy or anger do.  If I write about sadness or depression sometimes it is not to elicit sympathy or garner attention.  And it is certainly not ‘self serving’ as someone eluded to in a Shout Box comment awhile back.  It’s just me writing about how I feel & I thank readers for being patient & understanding of that…………And a big Happy Birthday to Suzy way down there in that Benson town:))

GROANER’S CORNER:((     Grandpa was celebrating his 100th birthday and everybody complimented him on how athletic and well-preserved he appeared. "Gentlemen, I will tell you the secret of my success," he cackled. "I have been in the open air day after day for some 75 years now." The celebrants were impressed and asked how he managed to keep up his rigorous fitness regime. "Well, you see my wife and I were married 75 years ago. On our wedding night, we made a solemn pledge. Whenever we had a fight, the one who was proved wrong would go outside and take a walk."