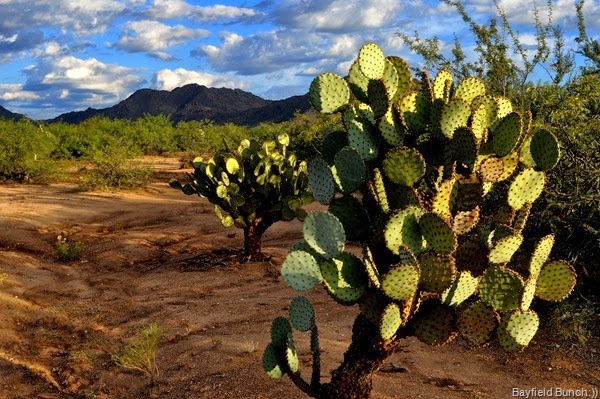 I was relieved to see intermittent clouds in the sky this morning.  Not only do they look nice but they give us some welcome cooling protection from the hot Sun.  Clouds cast moving shadows & filtered light over landscapes below making for nice photo opportunities as well. 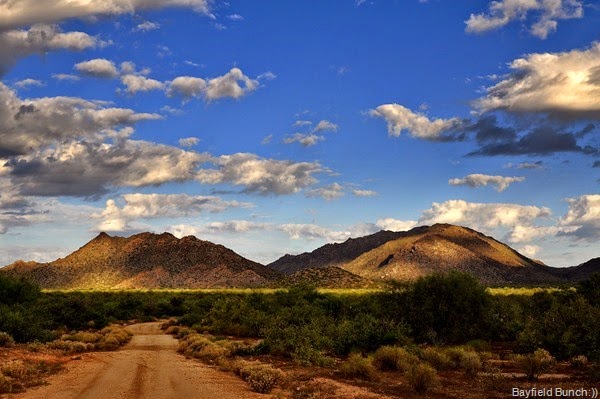 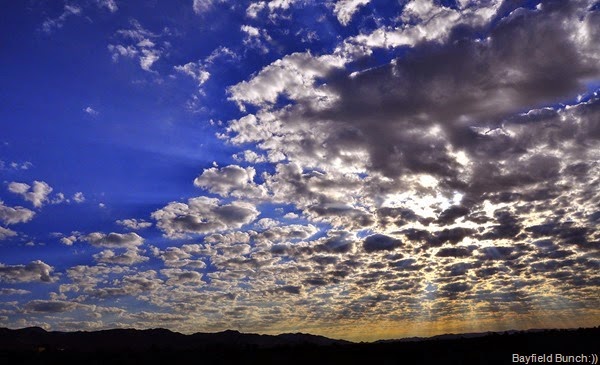 Critter Cam caught some movement last night but due to the close proximity & small confines of where I had placed the Cam the photos it took were all completely washed out.  Going to monitor the hole one more night from a further back angle & see what happens.   It goes against my grain to see any kind of animal harmed so I’m going to great lengths to try & help this Skunk out by making sure it is no longer under the house. 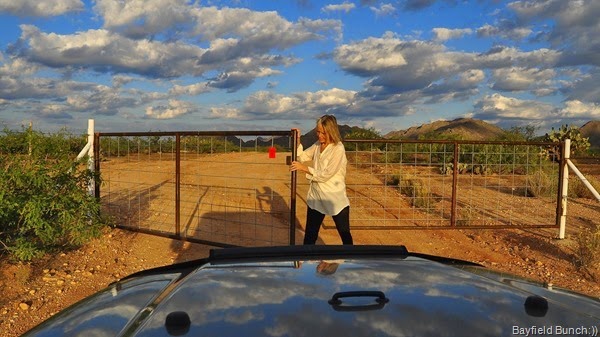 GATEWAY TO THE DESERT 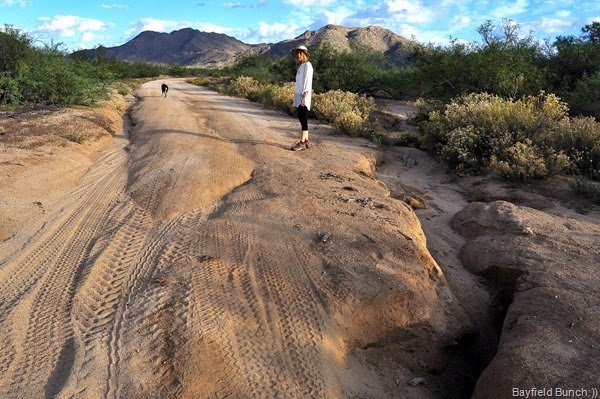 GUESS THIS IS WHY THEY CALL THEM ‘JEEP ROADS’

In my Friday post I in part quoted a lady saying, “it’s unusually hot for this time of year & they (Prescott AZ) generally have their first snowfall around Halloween”.  Responding to  Friday’s ‘Prescott’ post TOM commented, “ Silly me has been looking at Prescott homes for a Winter Home location. A ranch home with reasonable weather year around”.  Well Tom, I think Prescott would be an excellent choice for weather year round.  Averages 52 & 55 in January & February.  Yes they do get some overnight snow but it doesn’t stay long.  If I was an American living somewhere in the States I would for sure by now have found myself a place with moderate temperatures year round.  No extreme winters & no extreme summers.  Kelly & I have talked about this before & both agreed had we started our RV travels earlier & had I applied for a green card a bunch of years ago we could very well have ended up living somewhere here in Arizona or New Mexico in an area such as Prescott.  I think Sue over at THE MOHO & OTHER TRAVELING TALES said it well when in a comment on my Friday post she in part said, “That altitude shift may be one of the best kept secrets of living in the West.   Doesn't happen like that a lot in the Midwest or the East”. 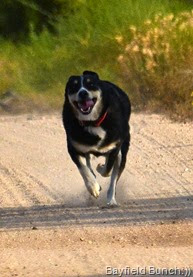 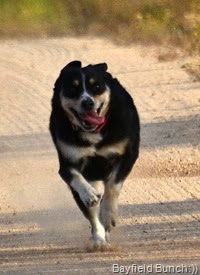 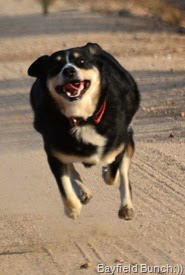 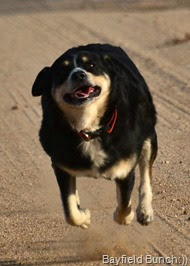 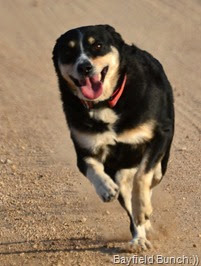 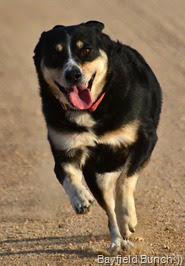 Both Kelly & I love Canada & just about everything about it except those miserably long cold snowy winters.  As mentioned in a previous post, over 60 years of winters was more than enough for both of us.  However on the other side of the coin we at least have winter to thank for spurring us into the RV Snow Bird lifestyle.  Had we not lived in the land of climatic weather extremes we may have missed all the great places we have seen, been, & experienced here in the southwest these past nearly 9 years.  Thanks to Old Man Winter for being so dam miserable every year:)) 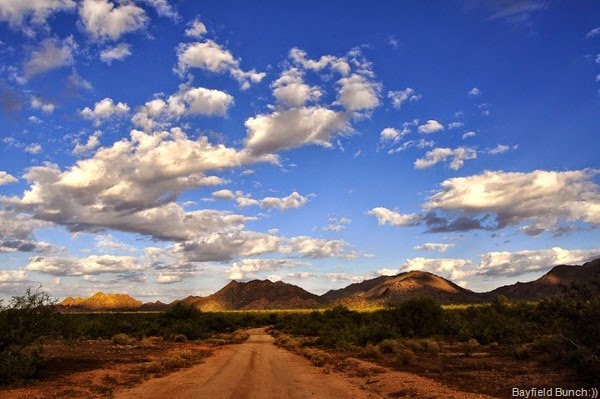 We can see sunsets from our backyard but we can’t see them all the way to the horizon because of a row of Mesquite trees along our fence line.  Tonight’s sunset was taken from atop our rig. 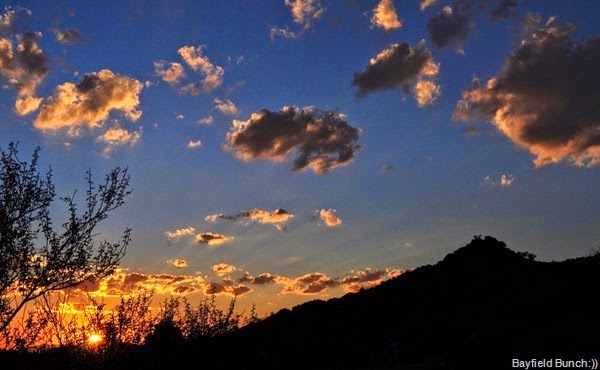 GROANER’S CORNER:((  Unable to attend the funeral after his father died, a son who lived far away called his brother and told him, "Do something nice for Dad and send me the bill."  Later, he got a bill for $200.00, which he paid. The next month, he got another bill for $200.00, which he also paid, figuring it was some incidental expense.  Bills for $200.00 kept arriving every month, and finally the man called his brother again to find out what was going on.  "Well," said the other brother, "you said to do something nice for Dad. So I rented him a tuxedo."