MY NEXT KINDLE READ WILL HAVE TO DO WITH ROOTS OF AMERICAN MUSIC COMING FROM THE NORTH…CANADA:)) 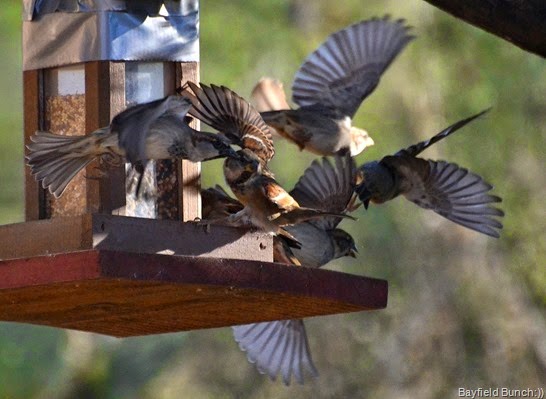 We did make a successful grocery run to Wickenburg’s Safeway store this morning.  I don’t mind shopping for something if I am by myself & of course that is the key with joint grocery shopping.  I don’t like hanging around leaning on a shopping cart waiting while Kelly checks the prices, expiry dates, reads all the no fat & ingredient labels on everything & meticulously checks the meat counter for 50% off deals.  No, I have my own grocery list of things I’m looking for so soon as we enter the store I am gone off on my own exploratory adventure.  I motor along at my own pace checking things out.  Most of my time is spent in search mode.  My eyes are like oscillating radar orbs swiftly scanning left to right & right to left as I move freely & unencumbered up & down the aisles.  Maybe it’s the word swiftly that has something to do with me not finding stuff.  But overall I kinda enjoy my little solo shopping ventures.  I stop where & when I want & I walk as slow or fast as I want.  If I have to look at my 6 item grocery list once I have to look at my 6 item grocery list a dozen times or more.  Short memory.  But this is the only way grocery shopping works for me.  If & when I find what I want I re-locate Kelly & the shopping cart, drop my stuff in & off I go again resuming my grocery list hunt & of course checking my list another dozen & a half times for the remaining four & a half often eludable items.  It’s all good exercise for me both mentally & physically…..bit of a strain with the memory department thingy though.  Oh well, I like being an independent shopper…..when my mind let’s me do that of course. 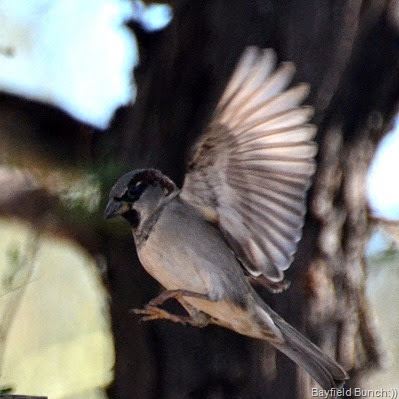 Kelly spotted a message on our Verizon Jet Pack (MiFi device) this morning & of course it was from Verizon giving us a phone number to call before our Millenicom internet service could possibly be interrupted November 7th.  Kelly got right on the phone & called.  Right off the bat there was nearly an hour’s wait.  Now I know she is the most patient person I have ever met in my life but not even Kelly was going to sit at the end of that long waiting line.  We’ll wait till after the first week of November to call which is basically what the Verizon message said. 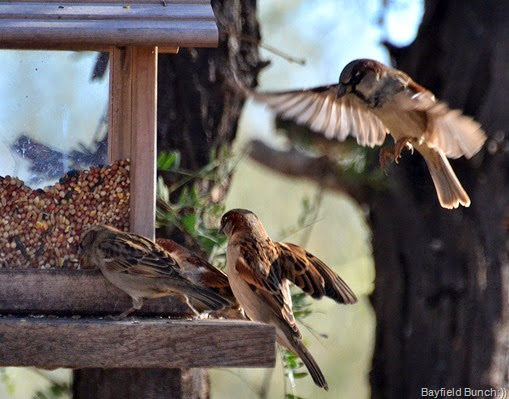 And speaking of Kelly, she is definitely feeling better than a week or two ago.  Congestion is still in her chest & she tires very quickly so it’s important she get’s lots of rest.  Other than our trip up to Prescott’s cooler air last week we have been sticking very close to home.  No idea when we’ll get the rig on down to Phoenix to have that inverter problem looked at but we will definitely wait until Kelly’s rested up enough & the weather has significantly cooled off.  Hang in there folks & we at some point in the not too distant future will try to get the word ‘travel’ back into our blog’s title……‘Travel’ With The Bayfield Bunch:))

I thought Gaelyn over at GEOGYPSY had an informative post with great photos when talking about which National Park is her favorite.  Gaelyn is a Park Ranger who spends her summers at the North Rim of the Grand Canyon every year.   Her favorite Park might surprise you.  And former Alberta Park Ranger Ivan with his faithful four footed fur-ball companion Hailey has just been reported by Ivan his very self as seen heading south through Montana & Idaho.  Knowing Ivan I wouldn’t be surprised by the time I publish this tonight he could already be somewhere down around the tip of South America.  And British Columbia has just notified motorists to the south Wandering Willy was just spotted in his driveway, map in hand with a big grin on his face revving up his Toyota Tacoma.  Hope he remembered to hook up his travel trailer this year.   By the way, to catch up with the very latest of Wandering Willy’s travels be sure to read his latest & most current post dated March 16th 2011.  Go get em Wild Bill:)) 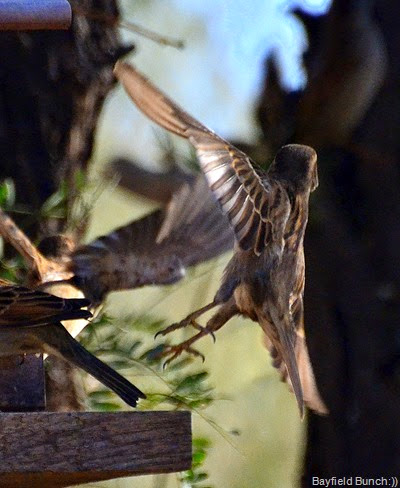 Here’s an example of a small world.  My Son Sean is in Nashville Tennessee at the moment & on his Facebook today he had a photo of meeting his old Stratford Ontario musician friend DAVID KALMUSKY.  I knew David’s Mother Sandie/Sandy when I lived in Stratford years ago from the mid 70’s to mid 90’s.  David’s father was KEN KALMUSKY (1945-2005) a well known guitar player who played bass for Canada’s Ian & Sylvia in their Great Speckled Bird Band days.  I remember seeing Ken around Stratford years ago in the early 60’s when he played in a band called The Rockin Revols.  JOHN TILL, guitarist in that band went on to play with Janis Joplin’s Full Tilt Boogy Band & keyboardist RICHARD MANUEL later played with Ronnie Hawkins & Bob Dylan’s backup group, The Band.  I may have seen Richard Manuel around Stratford in the early 60’s although I can’t remember him but I do remember driving (Stratford Airporter) John Till & his family to Toronto’s Pearson International Airport back in the late 90’s where they were headed for a ‘Woodstock’ revival.  John Till had played at the original Woodstock.  David Kalmusky’s highly successful recording studio is now in Nashville & it is interesting to read Ken Kalmusky & his son David’s bios & all the famous musicians they both have been associated & worked with.  Personally I find all this stuff fascinating so my next Kindle read which I will start tonight is called, ‘Whispering Pines: The Northern Roots of American Music from Hank Snow to the Band. 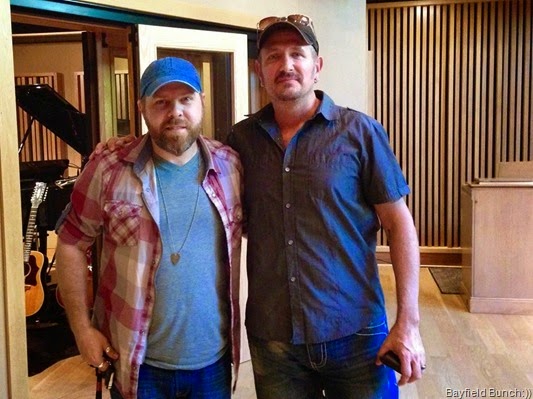 DAVID KALMUSKY ON THE LEFT & SEAN ON THE RIGHT

Had a little trouble getting myself motivated today so ended up watching Corner Gas & a movie with Tommy Lee Jones & Will Smith called, ‘Men In Black’.  Of course I had seen the movie a bunch of years ago but my aging memory didn’t make me aware of that & let me watch it all over again.  Only thing I remembered about the movie was that I had already seen it.  Now how cool is that eh………And speaking of cool this is the first night sitting here putting my post together that I have not had to have both my ceiling & table fans going full tilt.  And when I took Pheebs out I was surprised at how refreshingly cool the night air felt.  I’ll soon be into my woolies piling blankets on & grumbling about Arizona’s cold weather……………………

The young lady said to Grandpa, "I noticed that when you sneeze, you've learned to put your hand in front of your mouth." "Of course," explained Grandpa. "How else can I catch my teeth???"