COULD THEY BE AMERICAN AVOCETS & NO MORE GARAGE SALES 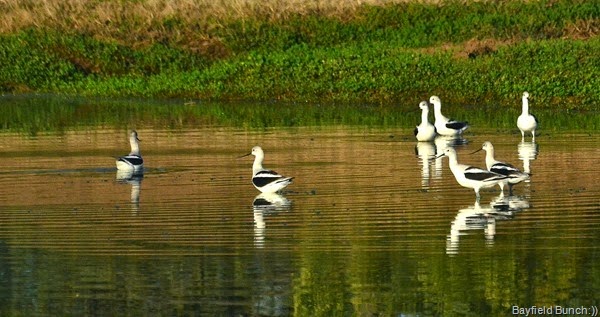 COULD THIS BE A SMALL FLOCK OF ‘AMERICAN AVOCETS

October’s Big Dipper stood large on it’s handle this morning along a horizon line made up of Arizona’s Weaver Mountains .  Saw 2 meteorites flash through Orion & spotted a slow moving satellite making it’s way from West to East in the Milky Way Tuesday night.  Standing beneath an endless blanket of shimmering jeweled stars is always a mighty fine way to start or end another Arizona day. 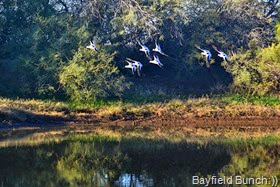 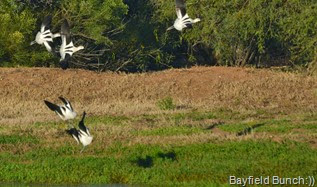 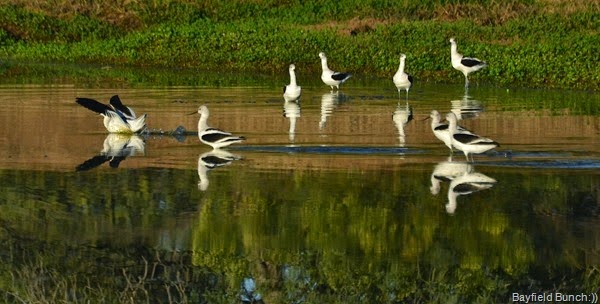 Haven’t been having much luck with the cage in catching Skunky so last night I was determined to outlast him.  My idea was to wait until he had left his den under the house in the night then seal up the hole.  Kept myself awake until 11:30 but didn’t see any tracks leading out from under the house.  Decided to forego my sleeping pill because I knew without it I would for sure wake up some time in the middle of the night & of course I did.  It was 2:15 when I was back outside looking for tracks.  Didn’t see any so I temporarily blocked the hole just in case he was out.  Didn’t want to make it permanent in case he wasn’t.  I have wire mesh set up that Skunky can easily push out if he is still in there & I have the Critter Cam monitoring the hole for any movement.  If that Critter Cam shows no movement tonight I will assume after he went out last night he did not get back in.  I didn’t see any signs this morning of anything moving the temporary blockage I set up about 2:30 this morning. 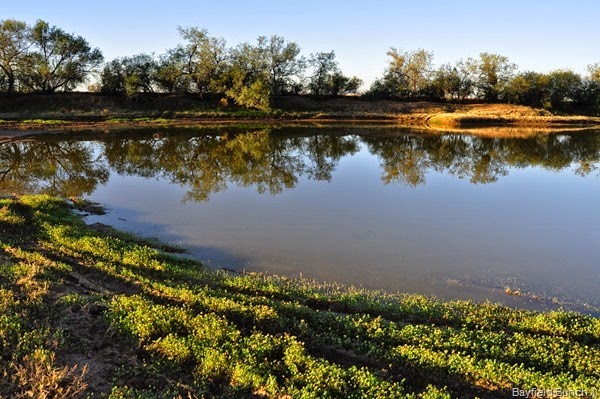 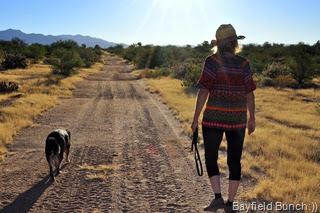 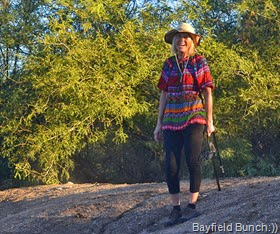 We were out early while the air was still cool & took our usual walking route out into the desert.  We knew where there was a pond (they call them ‘Tanks’ here) & I was curious to see how much water remained after Arizona’s summer rains.  The ‘tank’ was fuller than the last couple years & we were surprised by a flock of what I am guessing might be AMERICAN AVOCETS lifting off the still waters.  That was the closest match I found in my National Audubon Society Field Guide To The Southwestern States.  Maybe JUDY can correct me if I’m wrong. 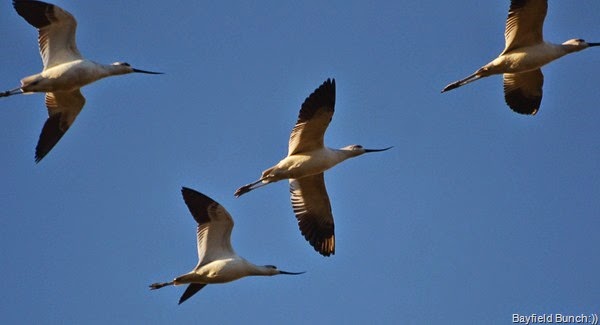 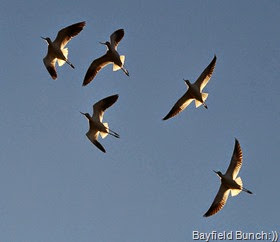 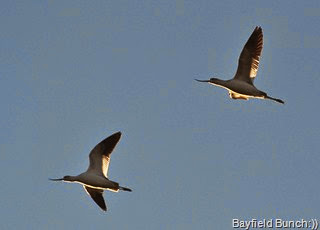 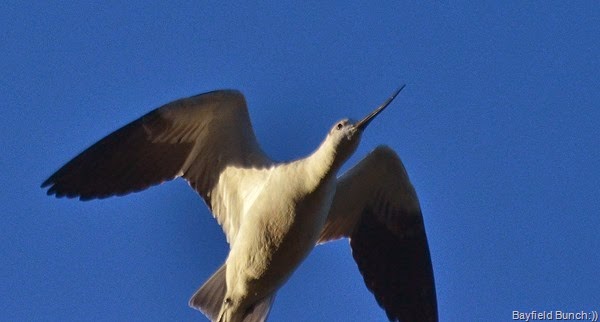 LOOK CLOSELY……. ARE THEY REALLY FLYING UPSIDE DOWN??  NOPE, JUST THEIR REFLECTION IN THE POND’S SMOOTH SURFACE AS THEY PASS LOW OVER THE WATER

We are staying inside & sticking pretty close to our 3 fans this week.  Talked briefly about an A/C window unit for our living room but decided against it.  We had not expected to arrive here as early as we did & besides the weather will be cooling off soon.  We have everything we need in the house now & have decided not to invest any more money in it.  Also agreed ‘no more garage sales’!! 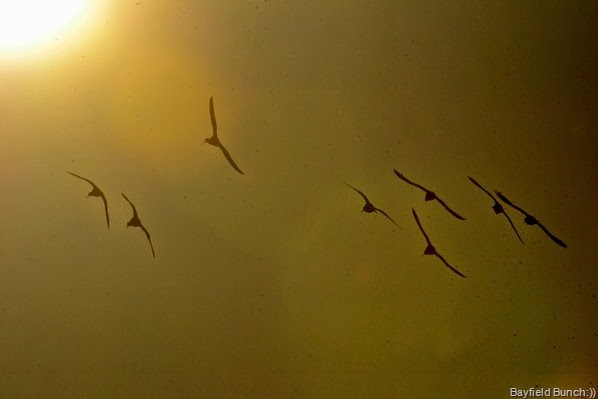 GROANER’S CORNER:((   The new bride went crying to her mother. "Momma, I can't get my husband to do anything. I want him to fix up the house, but he keeps putting it off."  "Honey," her mother replied, "after being married to your father for thirty-eight years, I've found the only way to get him to do anything is to tell him he's too old."