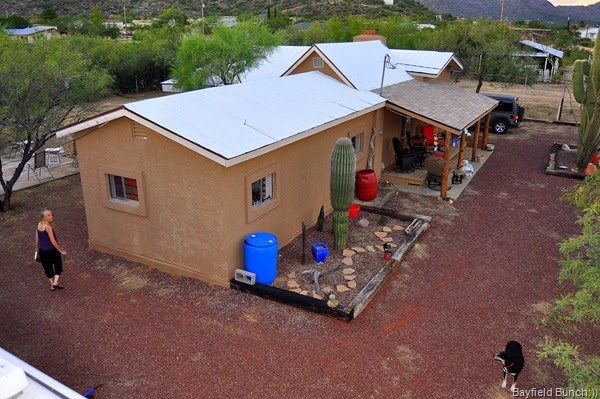 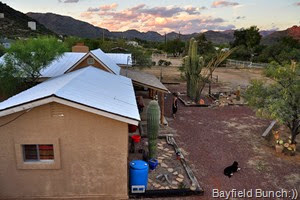 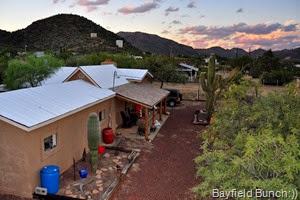 It was quite a symphony in our neighborhood that woke me up this morning with Chickens clucking, Roosters crowin, Owls a hootin & a choral section of Coyotes a howlin.  Oh & throw in half a dozen dogs a barkin in the rhythm section.  And of course all that is backgrounded by the ever present sound of a ka-zillion million unseen Crickets.  Gotta love waking up to these mighty fine serenadingly alluring Arizona mornings:)) 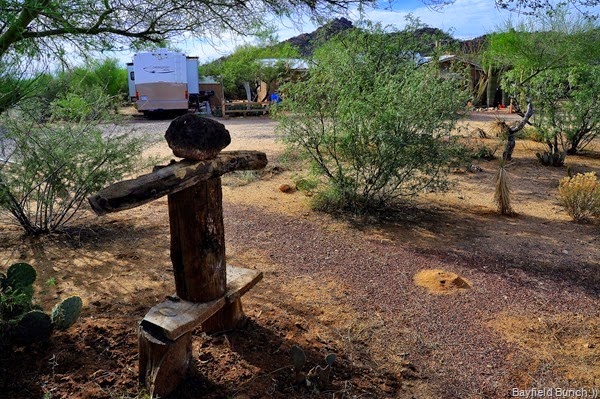 I HAVE CACTUS MAN BACK UP ON HIS FEET 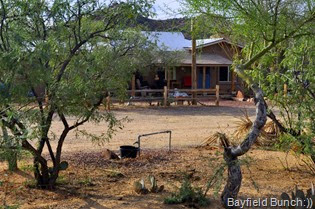 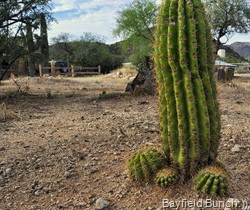 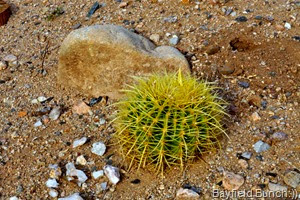 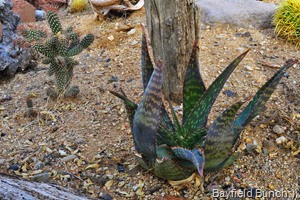 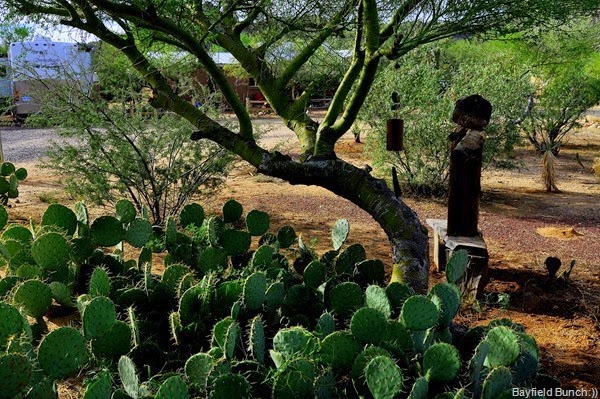 Only 1 critter capture by the Critter Cam last night & it was a bunny rabbit so without further ado I set to work this morning on blocking that square hole in the foundation with wire mesh, cement blocks, rocks & dirt.  Soon as I get our wheelbarrow wheel back from the garage I’ll pile more dirt on top.  The troublesome tire always kept going flat so decided to replace it with a harder treaded trailer tire.  Just too many prickly things around to puncture cheap thin rubbered wheelbarrow tires all the time. 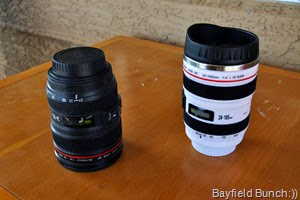 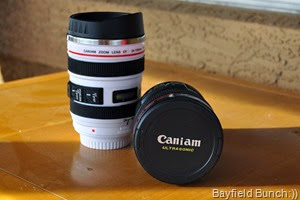 HEY DID AL GET A COUPLE NEW CAMERA LENSES??  ALL MAY NOT APPEAR TO BE WHAT IT SEEMS 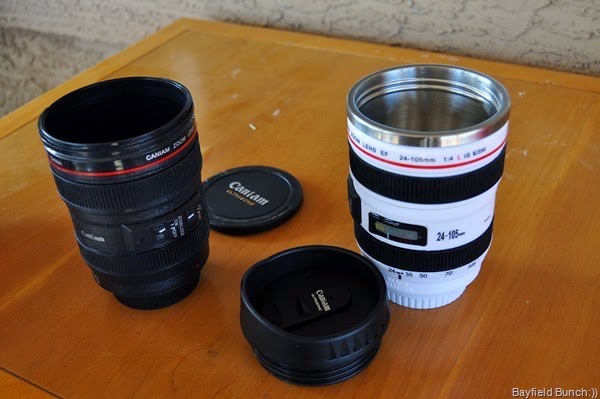 Aunt Jean phoned this morning & she’s doing fine way over there in that Sarasota place.  Jean escaped the Canadian winters many many years ago & is totally acclimatized to that hot Florida weather & just loves it.  Still playing golf every Tuesday. 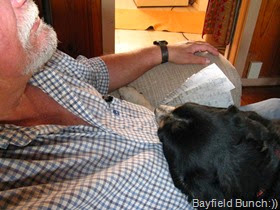 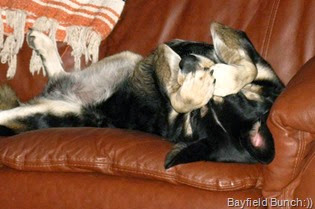 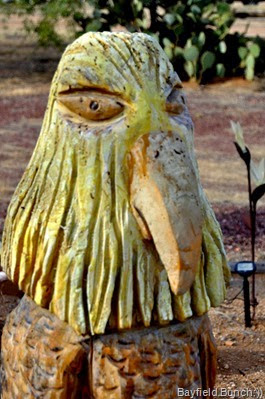 ONE PIC OF PHEEBS & I TODAY, ONE OF PHEEBS TONIGHT, & ONE OF ME THE OLD GROUCH ALL BY MYSELF ANY TIME OF DAY OR NIGHT

It was one year ago today we arrived in Congress from Bayfield Ontario & I must say it was a much happier arrival last year than this year.  It’s very evident we were both in much better spirits both mentally & physically by the time we got here a year ago.  ASHFORK TO CONGRESS 2013.  And this year, unlike the last 2 years we did not have to deal with any menacing Yellow Jackets as seen in the photo below.  Bonus. 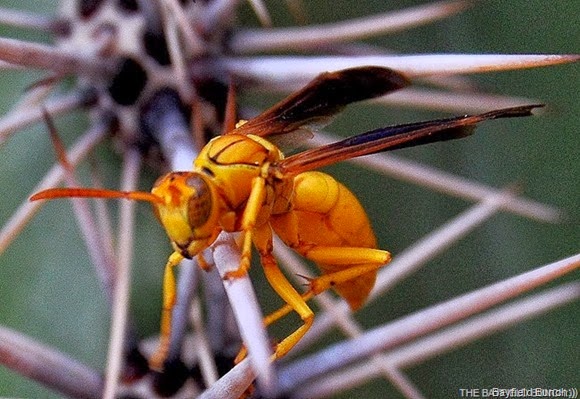 Liked RETIRED ROD'S take on his new Cam Am Spyder.  Like he say’s, “this thing is not a motorcycle! Its not a quad bike or a side by side either...!  Its somewhere in between”.

Finally finished my biography on Canadian singer/songwriter NEIL YOUNG.  Young is probably best known for the bands Buffalo Springfield & Crazy Horse.  He was also a part of Crosby, Stills & Nash.  Hard to say what I thought of the book except to say he certainly lives up to the books title…..'Shakey’!!  It’s just unbelievable how such a large segment of the music industry from top to bottom was/is powered by drugs.  Sad. 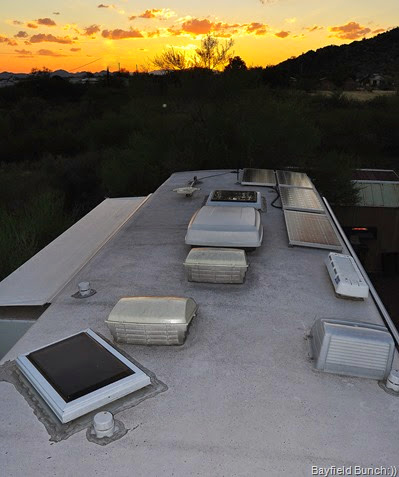 SUNSET FROM ATOP THE BIG EEE >>>

Now here’s something very unusual for me to say, “I’m looking forward to going grocery shopping in the morning”.  Just been too much ‘sitting around time’ & not enough ‘going somewhere time’ so even a drive to Wickenburg’s Safeway store will assuage my restless nature some.  My favorite Safeway store is in Bisbee but Wickenburg’s store is a close second.  Not sure why I like the Safeway stores but maybe it has something to do with the lighting.  Not as white, bright, & garish as a Walmart for example.

GROANER’S CORNER:(( A fellow is getting ready to tee-off on the first hole when a second fellow approaches and asks if he can join him. The first says that he usually plays alone but agrees to let the second guy join him. Both are even after the first couple of holes. The second guy says, "Say, we're about evenly matched, how about we play for five bucks a hole?" The first fellow says that he usually plays alone and doesn't like to bet but agrees to the terms. Well, the second guy wins the rest of the holes and as they're walking off of the eighteenth hole, and while counting his $80.00, he confesses that he's the pro at a neighboring course and likes to pick on suckers. The first fellow reveals that he's the Parish Priest at the local Catholic Church to which the second fellow gets all flustered and apologetic and offers to give the Priest back his money. The Priest says, "No, no. You won fair and square and I was foolish to bet with you. You keep your winnings." The pro says, "Well, is there anything I can do to make it up to you?" The Priest says, "Well, you could come to Mass on Sunday and make a donation. Then, if you bring your mother and father by after Mass, I'll marry them for you."