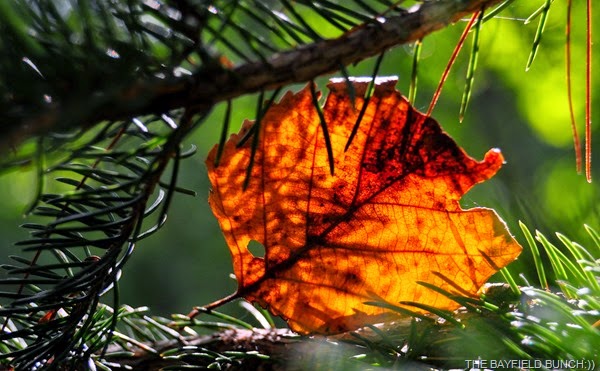 Our threatening Monday night storm didn't amount to much except for a menacing yellow sky & maybe a half hour's rain.  A few dim lightning flashes & the occasional roll of distant thunder.  And that was it.  No power outage. 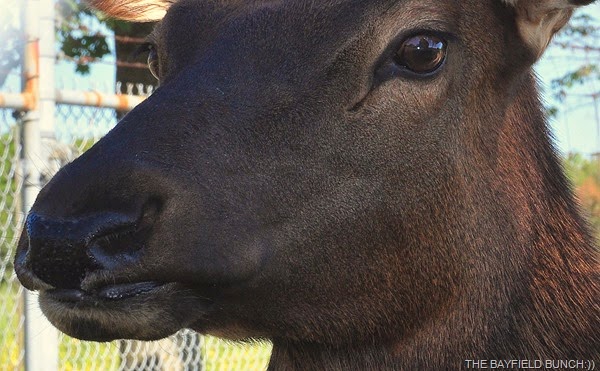 Today was a basic repeat of Monday so no point in trying to make something interesting out of nothing.  I basically picked up all of Monday's cuttings & loaded them into our utility trailer.  Cloudy morning sunny afternoon.

A few days ago we decided to resurrect our original Canadian travel plan route for heading south at the end of the month but we have made a few changes.  Several factors fed into our decision with the 182 days in the States being the main one.  We still plan to leave at the end of September but instead of heading in a south-westerly direction straight-away for the border at Sarnia/Port Huron we have decided to head North instead.  We will probably leave Bayfield sometime during the last week of September & it will be on a week day.  We have a boat to catch:)) 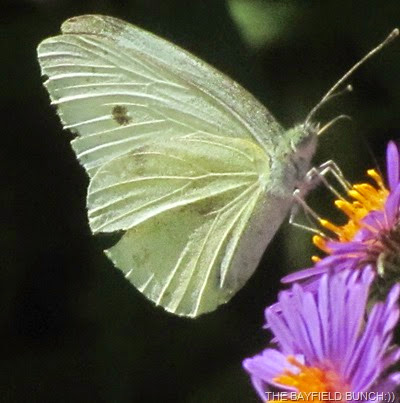 Our plan is to leave Bayfield maybe around noon or early to mid afternoon on whatever day we decided to leave & head up through the Bruce Peninsula to the scenic little lakeside town of TOBERMORY.  We will ‘overnight’ in the parking lot adjacent to the loading ramp of the large lake ferry CHI-CHEEMAUN.  We have already called about that & they said 'unofficially' yes we can do that.  This will place us in line to board the ferry for it's departure at 8:30 the following morning.  It's a 2 hour crossing to MANITOULIN ISLAND & we're looking forward to just totally seeing & doing something new.  I did cross on the Chi-Cheemaun one time back in the late 70's but don't remember a lot about it.  Been a long time since Kelly & I have been on any kind of boat & we’re looking forward to standing on the forward deck with the wind in our hair marvelling at the Chi-Cheemaun cutting her way through the clear cold waters of Lake Huron’s picaresque Georgian Bay.  We may or may not spend a day on Manitoulin Island before crossing a bridge to the main land where we will join the Trans Canada highway at Espanola on our way up & over Lake Superior through Sault Ste Marie, Wawa, & Thunder Bay.  Been many years since I have traveled this stretch of highway on my treks back & forth to British Columbia in the early 70's. 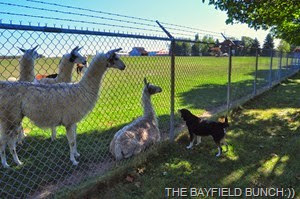 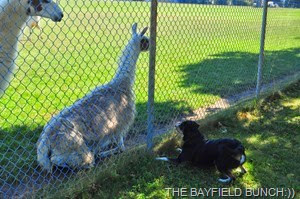 We actually have 2 destinations in mind before we cross the border into the States in Southern Saskatchewan sometime in early October.  First we are hoping to stop in WINKLER Manitoba.  Winkler is the home of TRIPLE E RV & we would just like to stop in & see the facilities where our Triple E Commander was made.  We might be interested in having them swap out our leather Flexsteel tub chair for a recliner while there if possible.  Maybe have them explain & show us a few things about the Big EEE’s electronics.  TV, DVD, etc.  Kelly phoned them today & yes we can have a factory tour.  They also suggested Winkler’s County Park as a place to stay for the night. 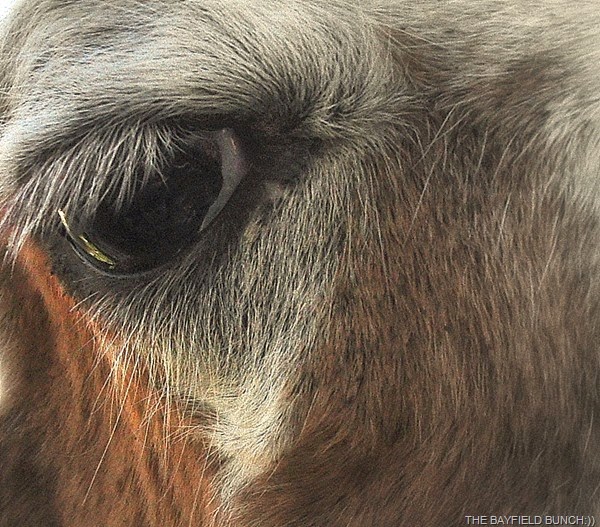 Our second planned destination will be a special one for me.  We are heading for Dog River.  Dog River doesn’t really exist but it does live on in the minds of all of us who are fans of a Canadian TV half hour sit-com called Corner Gas.  I have been watching CORNER GAS for about 4 years now.  All re-runs of course but it is my favorite situation comedy of all time.  The show was in production from 2004 to 2009 & I have probably seen all the re-runs more than once.  I guess you could call me a true fan.  Each weekday whether we are in Congress Arizona or here in Bayfield Ontario I always make it a point to be kicked back & relaxed in my recliner when Corner Gas comes on which is generally afternoons.     The show is excellently written & in this day & age the humor is refreshingly simple.  I like my humor that way & it's why I always preferred Jay Leno to David Letterman.  Letterman's humor often left me sitting there scratching my head saying, what??  I always liked the old chestnuts like Cheers, Sanford & Son, Barney Miller. & Seinfeld plus a few more but it is the down home rustic hayseed humor of Corner Gas that really works for me best.  No matter how blue I may be feeling on any given day I know if I can catch a half hour of Corner Gas I have a guaranteed half hour of whimsical feeling good. 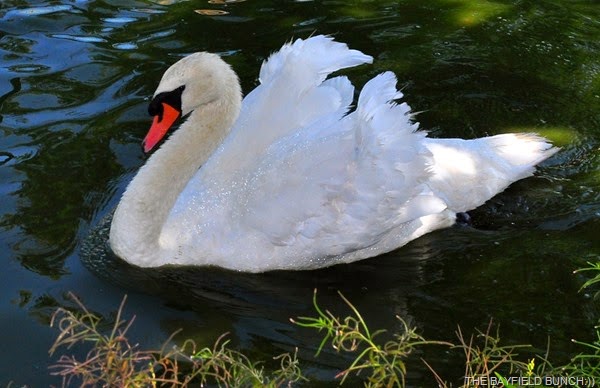 Corner Gas was filmed in the out of the way prairie town of ROULEAU (aka Dog River) Saskatchewan . Incidentally Corner Gas is the highest rated comedy program in Canadian television history. It was the most watched comedy series in the country with an average of 1.6 million viewers per episode.  The half-hour comedy centers around the fictional small town of Dog River, Saskatchewan, and the lives of Brent LeRoy, who runs the gas station; and Lacey Burrows, who owns the coffee shop as well as the zany & colorful characters Oscar & Emma Leroy, Hank, Wanda, Karen & Davis.  The show, a true Canadian icon was filmed in the tiny town of Rouleau Saskatchewan where the tallest thing on the horizon is it's local grain elevator.  Near that elevator is where the sets & props were built & still stand today.  When the series wrapped up production on September 20th 2008 the buildings were left standing but soon began falling into disrepair.  A private entrepreneur bought the property & set about to preserve the buildings.  So that is where we are headed because I want to see where all the segments were filmed.  Want to see the actual place that has brought me so much 'feeling good' over the years.  Want to see the gas bar where Brent pumped gas & the store where Hank & Wanda hung out.  Gotta see the eatery called the Ruby where Lacey dished out coffee & Chili Cheese Dogs to the likes of Brent, Oscar & Emma along with fumbling RCMP officers Karen & Davis plus other travelers who wandered or blundered their way into the Ruby.  Am really looking forward to visiting mythical Dog River & it's comical ghosts of the past & here's something I didn't know until I went to the Corner Gas website in search of some info.  Filming of Corner Gas 'THE MOVIE’ just wrapped up this past July.  The entire cast re-united for filming of the movie which will be in theaters this coming December.  Down side for me is that I would be very surprised if the Movie makes it into theaters down in Arizona.  I will probably have to wait a few months until it comes out in a DVD.  Anyway, that is one of the reasons for our route change & because we will be entering the States later than planned we should be able to get ourselves down to the 182 allowable days south of the border:)) 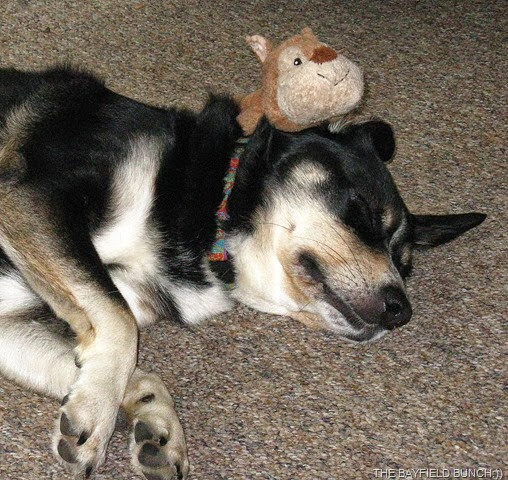 Rouleau Saskatchewan is located about 40 miles south-west of Regina & approximately a hundred miles north of the border crossing at Regway Saskatchewan.  From the border we will drop south into Montana & head for Custer South Dakota & the BADLANDS NATIONAL PARK area where we will hang out for a bit before heading on down into south-eastern Utah.  No idea when & for how long we will be in any of the above mentioned areas.  We always prefer to keep our options open & of course everything is always subject to change here at the Bayfield Bunch at any time.  It’s just the way we like to do things………………..:)) 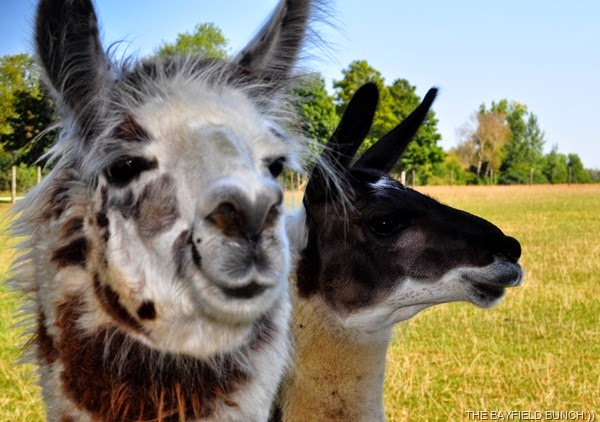 Well I’m back on Twitter again.  I remember having a Twitter account years ago & I used to Tweet my posts in 2010/11 but have not done that since April of 2011.  Maybe I just got lost in the technology & social media mash or something but Kelly re-interested me again this afternoon & helped me re-fire up my long dormant Twitter account.  Of course I don’t really understand how or why Twitter works or what benefit it would be to me but I’ll try to gather enough patience & interest together once more & see if I can make some sense of it all. 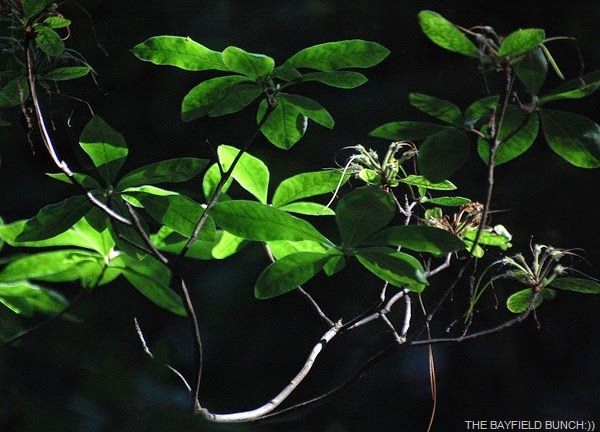 GROANER'S CORNER:((  Although a bright and able man, my husband is almost completely helpless when faced with even the simplest domestic chore.  One day, in exasperation, I pointed out to him that our friend, Betty, had taught her husband Frank to cook, sew and do laundry, and that if anything ever happened to Betty, Frank would be able to care for himself.  Then I said, "What would you do if anything happened to me?"  After considering that possibility for a moment, my husband said happily, "I'd move in with Frank."
---
One day my housework-challenged husband decided to wash his sweatshirt.  Seconds after he stepped into the laundry room, he shouted to me, "What setting do I use on the washing machine?"  "It depends," I replied. "What does it say on your shirt?"  He yelled back, "University of Oklahoma."
Posted by Al Bossence at 9/02/2014