MY COMPUTER SWALLOWED ME UP FOR A FEW HOURS TODAY 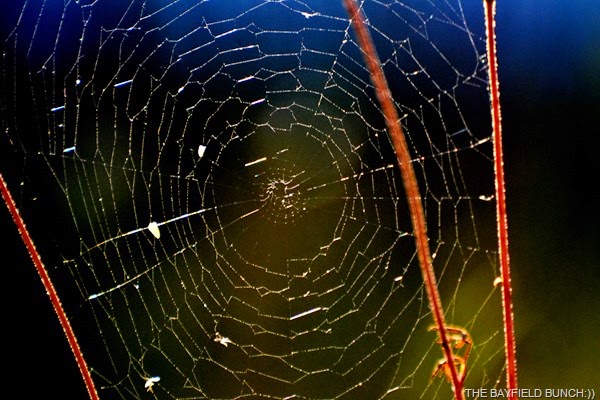 Well it turned out to be one of those uninspiring days.  Cold, damp & cloudy.  One of those days one just wants to stay inside & keep warm.  Our weather forecast is calling for sunny & warmer this week so we'll be right back in the mood for readying the rig for travel.  But for today the cold & damp really seemed to stiffen my arthritic legs so am anxiously looking forward to warm & dry desert walks next month:)) 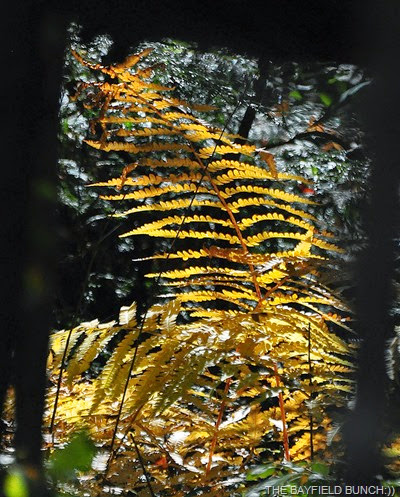 I learned something from my old Buddy Jim whom I had coffee with last week in Seaforth Ontario.  Jim has one of those always neat & trimmed looking beards.  For years I have wondered how guys keep those beards looking so uniform all the time.  Any time I ever grew a beard & tried to keep it trimmed by hacking & chopping away with a scissors or electric razor I always came away looking like a character off the old TV show Fraggle Rock.  On the topic of beards last Thursday Jim told me how he keeps his beard trimmed.  Well have I ever been in the dark for the past 50 years or so.  He said he has a simple attachment for his electric razor that makes it easy to have that close cropped neat looking look.  He explained how it works & with a few hand gestures around his chin he had the table next to us in the coffee shop staring nervously.  Remembering what he said I tracked down & finally located the case my electric shaver came in a bunch of years ago.  Dusting off half an inch of dust I opened the case & sure enough there were a whole bunch of attachments & stuff inside.  Even a never used instruction manual on how to use the shaver & it's attachments for, well of all things…….trimming beards.  Fancy that eh.   Well to make a long story short I did manage to get one of the plastic comb looking things attached to my shaver.  With thoughts of totally cutting a swath through the remaining bunch of hairs on my chiny chin-chin I took a careful slow swipe at my goatee & holy smokes it worked.  All these years of teetering in front of a mirror with an electric shaver in one shaky hand while steadying myself against the counter with the other hand finally came to an abrupt end.  Whacking away with a free wheeling shaver carving large uneven chunks of long facial hair are now a thing of the past.  Oh how nice it can be learning new things sometimes.  I now have a much shorter & neater looking goatee.   I thank my Buddy Jim for that neat-o shaving tip & it reminded me of another line out of a Beatle song, 'I get by with a little help from my friends':)) 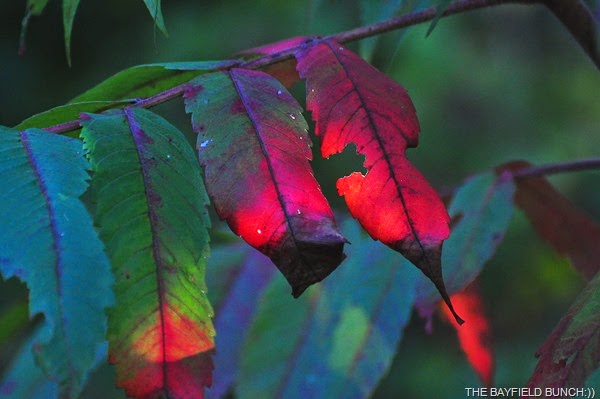 An arrest has been made in the fatal shooting at the Hullett Marsh 9 days ago.  He was apprehended as he stepped off a flight at Pearson International Airport.  The suspect was brought to Goderich today where he appeared in court.  It will be interesting to see what his motive for the shooting was. 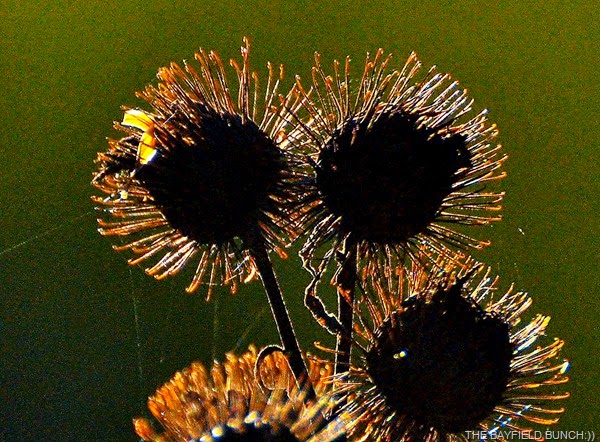 Haven't worn my big 45 gallon brown Tombstone cowboy hat since returning to Ontario early last April.  Popped it on my head the other day & I could tell right away it had lost it's fit.  Either my head swelled or the hat shrunk.  Well neither one actually & I think the hat just naturally lost it's inner head circumference.  No big deal & I'll just have to begin wearing it daily again to get it back into shape.  After wearing my smaller straw hat all summer my big 22-10 ton cowboy hat feels like I'm wearing something about the size of a large military parachute on my head.  No matter, once we get west of the Mississippi I'll feel right at home again & my cowboy hat will feel about as natural as wearing a good pair of shoes.  Say have you ever worn a good pair of shoes on your ears??  Nawww I didn't think so. 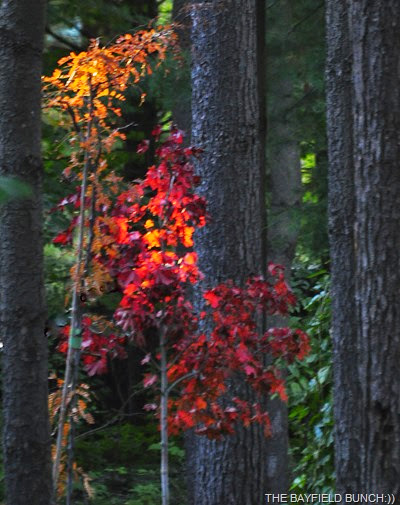 I'm not one to play games on my computer.  Don't spend a lot of time reading things or watching You Tubes.  I write my daily posts, occasionally have look at Google Earth & look up some info on areas we may travel too.  I don't read nearly as many blogs anymore as I once did & the only newspaper I ever check is the Stratford Beacon Herald’s obituary column.  Don't spend any time on Facebook or any of the other social media sites.  But today my computer swallowed me up & this is how it happened.............Sitting quietly in a corner of our sunroom reading a biography on the life & times of singer/songwriter Neil Young I decided to check out another one of his songs mentioned in the book, 'Expecting To Fly'.  Clicked on a You Tube version.  Well that led me to a couple other songs by the Buffalo Springfield.  Noticed on the sidebar another You Tube for the 30 greatest guitar rifts of all time.  Of course that led to half a dozen groovy boogie woogie piano rifts as well & soon I was watching the last days of Buddy Holly.  Don't know how I landed on the Big Bopper's autopsy results but I was soon back to more musical You Tubes with Carl Perkins, Johnny Cash & Eric Clapton singing something about something.  John Lennon’s 'Imagine' & then it was a video of Paul McCartney & Neil Young on stage.  Think I saw some You Tube bloopers along the way & where did Ozzie & Harriet come from anyway.  Breezed through a Jeep video & read a UFO article.  Half a dozen Crosby, Stills, Nash & Young You Tubes later I was suddenly aware of a little doggy paw resting on my leg.  Looked at my watch & it was on the far side of 3 o'clock.  Pheebs was reminding me it was past our afternoon walk time.  My computer had totally swallowed me up for a couple hours.  Not too often that happens but what else was a feller to do on a cold, damp, day eh. 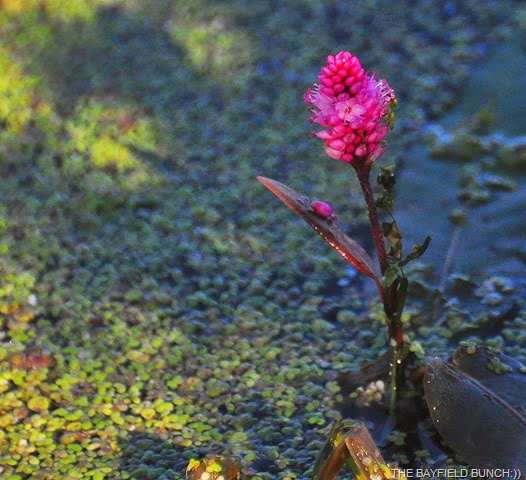 Well tis the last day of summer & Autumn will officially be upon us within hours.  This is my favorite time of year.  Forecast is calling for a warm sunny week with temps in the low 70’s.  After today’s 54 we welcome that.  When my blue jeans feel cold on my legs I know it is time to head for warmer climates & that just may be the week after this:)) 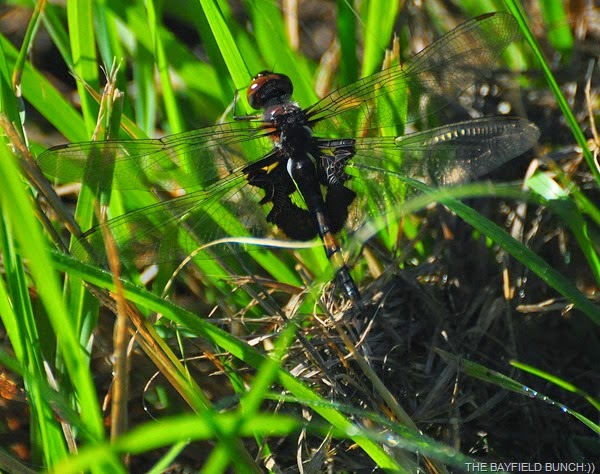 GROANER'S CORNER:((  An elephant was drinking out of a river one day, when he spotted a turtle asleep on a log. So, he ambled on over and kicked it clear across the river.

"What did you do that for?" asked a passing giraffe.

"Because I recognized it as the same turtle that took a nip out of my trunk 53 years ago."

"Wow, what a memory" commented the giraffe. 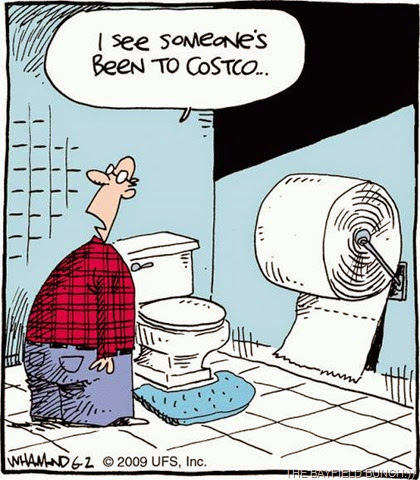