PHEEBS RUNS WITH THE ELK AGAIN 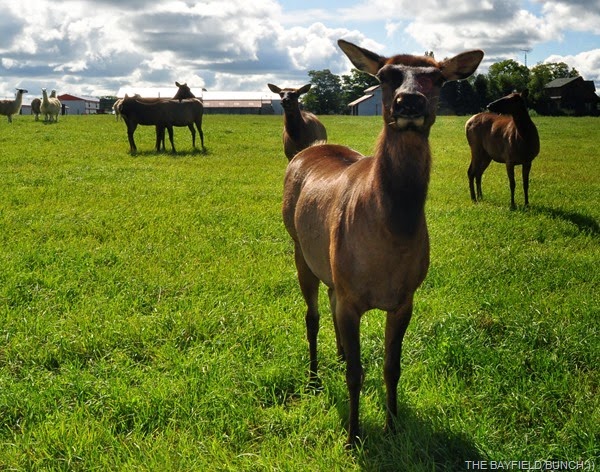 On the way to the sunroom after supper tonight to begin my post for today Kelly came across a movie on Netflix that sounded interesting.  ‘The Station Agent’  I can usually tell within minutes if a movie is going to be of interest to me & this one caught my attention.  We have always liked kinda offbeat quirky movies & years ago we used to go to a theater over in Waterloo Ontario that showed these kinda un-Hollywood movies.  So, I’m late getting to the computer tonight.  Haven’t had Pheebs out for her evening walk yet & with the days getting shorter we are having to go earlier.  Haven’t even got all the day’s photos out of the cameras yet & I want to watch CNN’s last instalment of ‘The 60’s’ at nine so it might be a short post tonight.  However I do have a few photos from a country drive this morning.  Been keeping an eye on a certain wind turbine being constructed southwest of Dungannon Ontario.  Been curious to maybe see how the crane/cranes hoist the big blade section to the top of the tower when it’s completed.  No construction crew at the site this morning so I was able to get a few photos which will maybe better explain how those big tall cranes get around from site to site.  I will have more about todays activities in Friday’s post.  Love how I get energized by this much cooler weather & energized today I was:)) 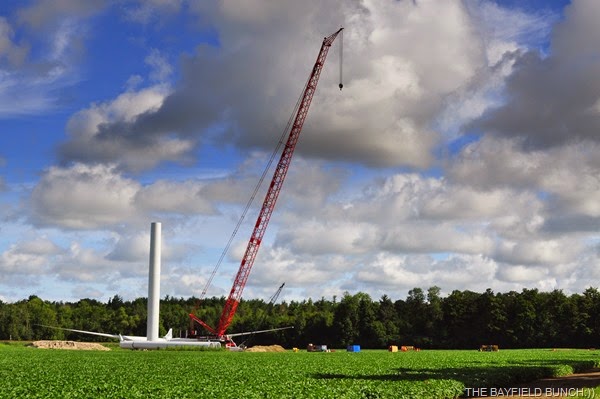 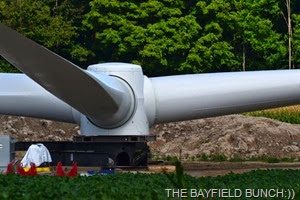 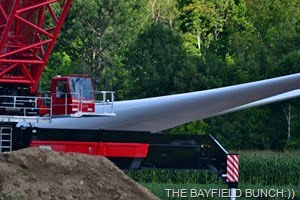 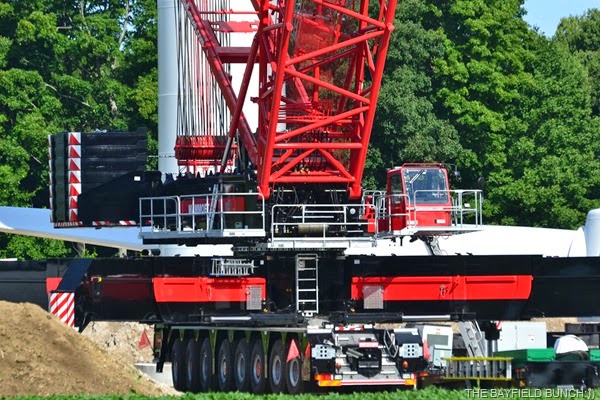 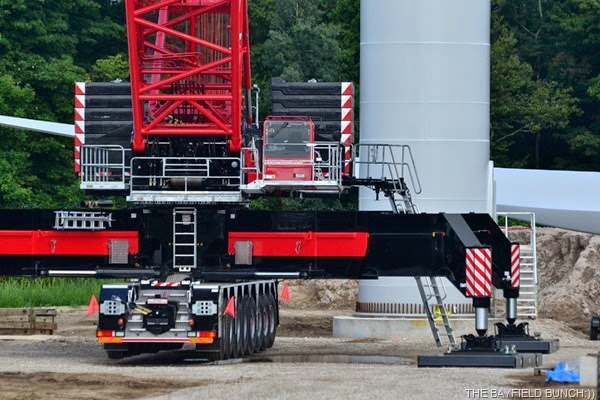 Pheebs did get to run with her Elk pals at the animal farm again this morning.  It is only about half a mile from where I took the crane photos.  When we pulled up alongside the field where the Elk & Alpaca’s were all together it was the Elk which immediately jumped up & came right over to see Pheebs.  The Alpaca’s kept their distance.  Maybe they are a little nervous about getting too close to the Elk. 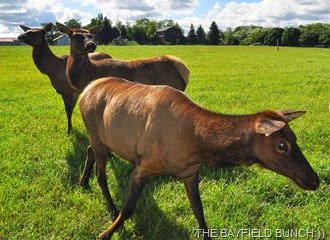 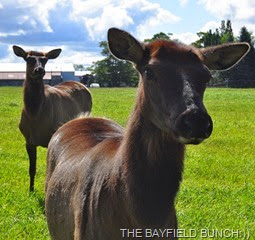 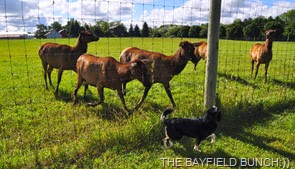 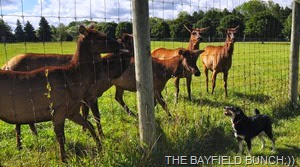 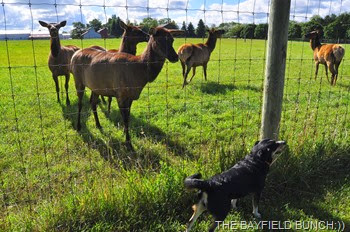 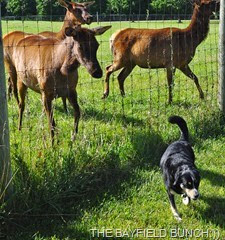 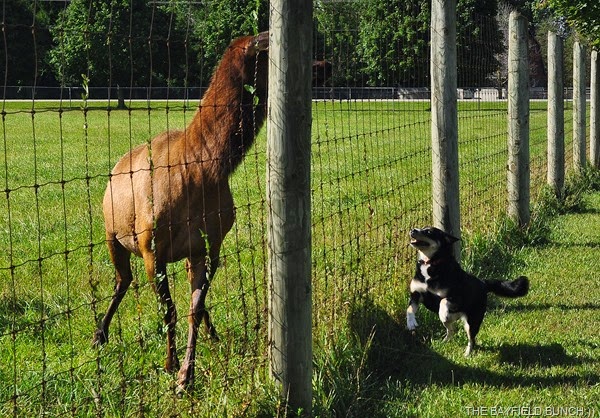 GROANER’S CORNER:(( My daughter-in-law Alma and grandson Eddy were digging for fishing bait in my garden. Uncovering a many-legged creature, Eddy proudly dangled it before his mother.  "No, honey, he won't do for bait," his mother said. "He's not an Earthworm."  "He's not?" Eddy asked, his eyes wide. "Then what planet is he from?"

The boss ordered one of his men to dig a hole eight feet deep. After the job was completed the boss returned and explained an error had been made and the hole wouldn't be needed. "Fill 'er up," he ordered.  The worker did as he'd been told. But he ran into a problem. He couldn't get all the dirt packed back into the hole without leaving a mound on top. He went to the office and explained his problem.  The boss snorted, "Honestly! The kind of help you get these days! There's obviously only one thing to do. You'll have to dig that hole deeper!"