‘MY DAD’S CAR IS NICER THAN YOUR DAD’S CAR’…..YOUNG BOYS & THEIR SIMPLE RIVALRIES 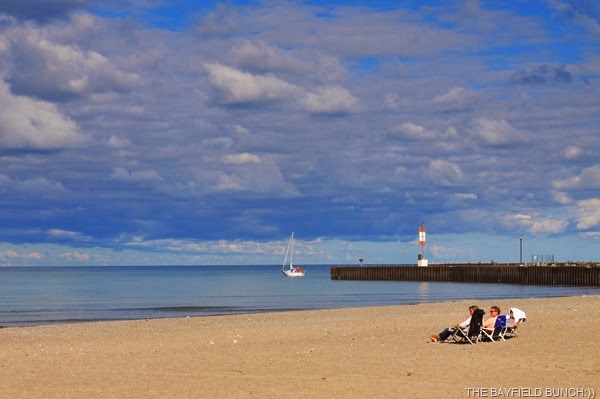 Heat & humidity rolled in overnight & for me that meant a mostly inside day with the A/C & fans going.  A wee bit of yard work was enough to sticky me up for a mid afternoon shower.  There is one thing I do like about hot days though & that is the warm nights.  When I took Pheebs for a walk after supper tonight there was just the nicest warm breeze blowing. 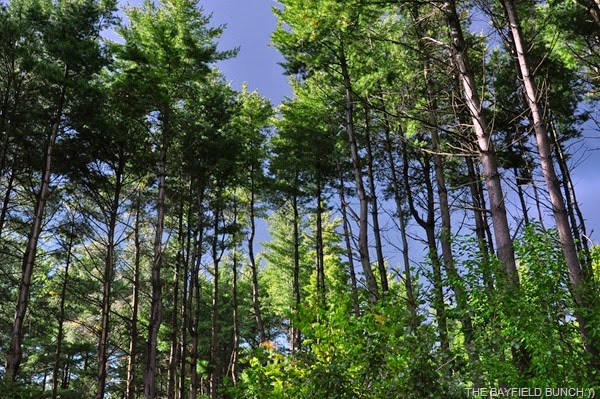 Spent a fair bit of enjoyable time this morning with my Rand McNally Atlas & my laptop’s MapQuest, Google Search & Google Earth.  I always like plotting, planning & changing travel routes around.  And then when we get on the road we often change em all over again.  It’s just our way to travel…………………………. 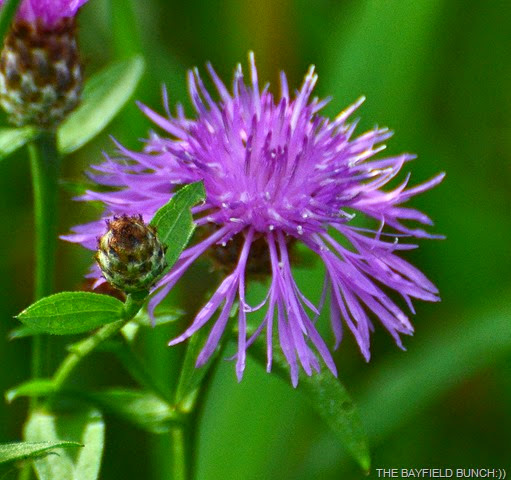 ARCHIVE MEMORY:: ‘My Dad’s Car Is Nicer Than Your Dad’s Car’……. I am reminded of the Chevy/Ford rivalry my friend Gary & I had going on back in 1961. His Dad had a brand spanking new 1961 black Chevy Impala & my Step-Dad had a brand spanking new 1661 black Ford Galaxy. Well, the rivalry between Chevy man Gary & Ford man Al was "on" to say the least. Never at a loss for digs at each other about who had the nicer car & which one was best we continued that Ford/Chevy rivalry for a fair few years. Down the street, Bob's Dad a spanking nearly new 1960 black Dodge Polaris but in those years the Dodges, along with their counterpart, Plymouth, were not really in the ‘cool car’ range for most of us. Chevys & Fords were the big guys & it would take the Chrysler car company many more years to get away from those cartoon-like & often laughable designs of the late 50's & early 60's to become the leading innovative Detroit design Maverick they did become in these past bunch of years.

---
But, back to Gary & Al & their Chevy/Ford rivalry. Gary was a few years older than me so had his driver's license before I did. His Dad let him drive the Chevy Impala so Gary would often pick up a bunch of us guys & we'd head off to places like the Drive-In, their cottage at the lake, A&W, or just cruise around the streets of Tavistock looking cool with all the windows down on freezing cold days. It truly was a nice car with it's peppy engine, snappy red & white interior, big space age looking dash, & what seemed like acres of glass all way round. I never told Gary how much I liked the car because that just wouldn't have been a cool thing to do because after all I was a Ford man right and there was no admitting to my buddy Gary the Chevy man that his Dad actually had the nicer car. And there certainly was no room for saying a Ford was better than a Chevrolet in them there days either.  Well leastways not on our street.  Gary & I lived on the same street by the way. 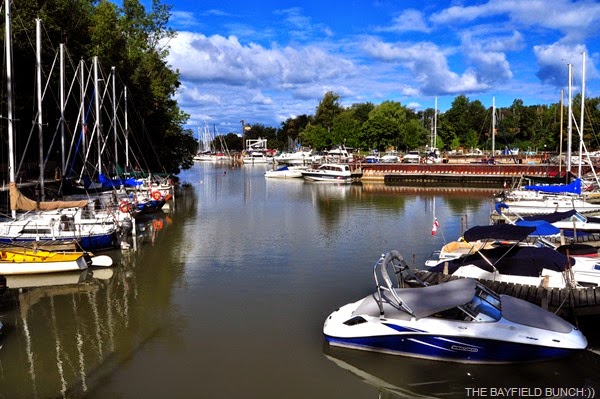 BAYFIELD’S INNER HARBOR
GROANER'S CORNER:(( A Few Cat & Dog Characteristics
- Dogs come when you call them.  Cats take a message and
get back to you when they are good and ready.
- Dogs look much better at the end of a leash.
- Dogs will let you give them a bath without taking out a
contract on your life.
- Dogs will bark to wake you up if the house is on fire. Cats
will quietly sneak out the back door.
- Dogs will bring you your slippers or the evening newspaper.
Cats might bring you a dead mouse.
- Dogs will play Frisbee with you all afternoon. Cats will take
a three-hour nap.
- Dogs will sit on the car seat next to you. Cats have to have
their own private box or they will not go at all.
- Dogs will greet you and lick your face when you come home
from work.  Cats will be mad that you went to work at all.
- Dogs will sit, lie down, and heel on command. Cats will smirk
and walk away.
- Dogs will tilt their heads and listen whenever you talk. Cats
will yawn and close their eyes.
- Dogs will give you unconditional love forever. Cats will make
you pay for every mistake you've ever made since the day you
were born.